It’s no secret that iPhones can end up failing at some point in your life. This is something that happens to all electronic products by having a small probability rate of having some kind of problem. But before going to a technical service, it is possible that the fault you are suffering has a simple solution that will not take more than a few minutes. In this article we tell you what you should do in these situations.

Turn off and on the iPhone, a classic

In many cases, restarting the iPhone solves most of the problems that may occur. Especially when they are related to a general slowdown of the system or also the fact that the battery is draining too quickly. When turning off and on an iPhone, the only thing that is being done is stopping all the processes that are started internally and that you cannot see with the naked eye. By stopping them it is possible that you will also end this process that has been able to enter a constant loop and that is causing the problem. This is something quite typical that can solve different visual bugs that have appeared while you are using the device. This is something quite typical as we have commented that it can be done in the vast majority of cases, but obviously it does not always work. Keep in mind that what is achieved when restarting despite solving many bugs does not work true miracles when it comes to an internal or hardware problem where this will not finish working.

Although at first it should not have any problem having applications stopped in the background, performance in rare cases may end up crashing. That is why if you are noticing that the operating system is a bit laggy for any reason, it is possible that the problem is in the background applications. This has an easy solution and it will not require going to major as for example restoring the operating system, since you will simply have to open the multitasking manager and close everything that you are not using.

Without a doubt, restoring the iOS version of your iPhone is the most typical solution when trying to solve internal problems. Although it may seem a lie, this method has meant that many people have had to save the way to the nearest technical service. What is being done with this process is starting from scratch with the totally new mobile device. That is why on many occasions it may be advisable not to have to restore the backup that you have previously made since you could be dragging the failure. 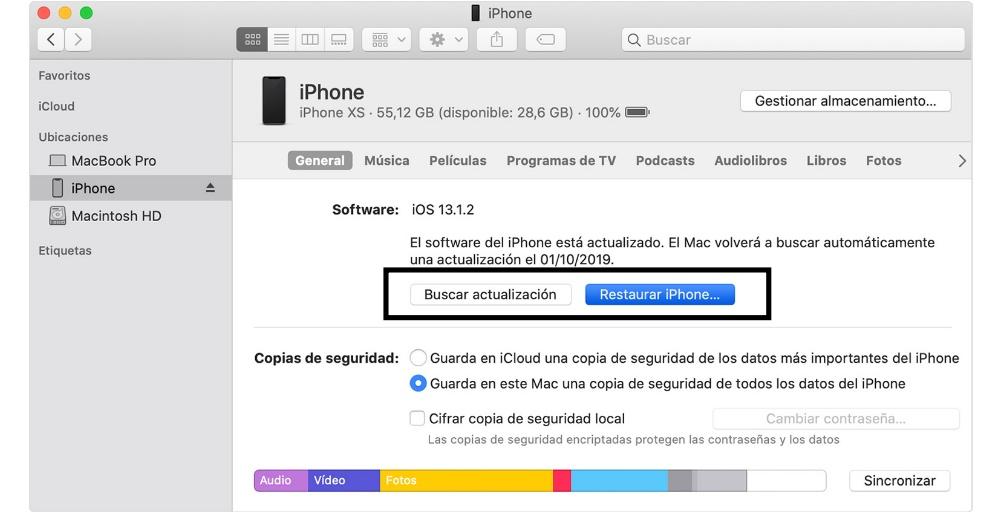 This is why the simple fact of connecting the iPhone to a Mac or Windows and performing the formatting through Finder or iTunes respectively is the first thing that Apple can tell you in the event of battery, performance or other failures.