Cryptocurrency mining , unfortunately, has become a very energy-consuming activity. Due to how lucrative this activity can be, miners are trying to make the most of their ASICs to pay as little as possible for the electricity they consume. There are mining farms near renewable sources , as in Iceland, while there have also been in China where electricity is very cheap in exchange for burning coal. Now, luckily, they have found a greener alternative.

The miners need a source of electricity that is stable, cheap and, if possible, without polluting emissions, since its high consumption is in the sights of ecologists. Currently, Bitcoin consumes half the electricity that all of Spain put together.

Each bitcoin transaction consumes 1,810 kWh , the same as 1.23 million VISA card transactions . It is also equivalent to half of the electricity a household consumes in Spain per year. For this reason, Talen Energy Corp. has signed an agreement with bitcoin mining company TeraWulf Inc. to create a mining farm the size of four football fields next to the company’s nuclear power plant in Pennsylvania.

Another nuclear power company, Energy Harbor Corp. will supply electricity to Standard Power, another mining company, which will open its Ohio farm in December. Another company, called Oklo Inc. , is working on creating a small fission plant that uses spent nuclear fuel. That company has signed a 20-year agreement with a mining and lodging company called Compass Mining .

Thanks to this, the nuclear power plants have a customer to supply energy in a constant and stable way , guaranteeing a minimum income. In turn, the miners have an energy source that is among the least polluting on earth, since they only emit water vapor.

However, nuclear energy remains controversial in some countries due to accidents such as Fukushima in 2011, despite the fact that the harmful effects on society of polluting energy sources are much greater. For example, there are many more deaths associated with thermal power plants that burn coal. 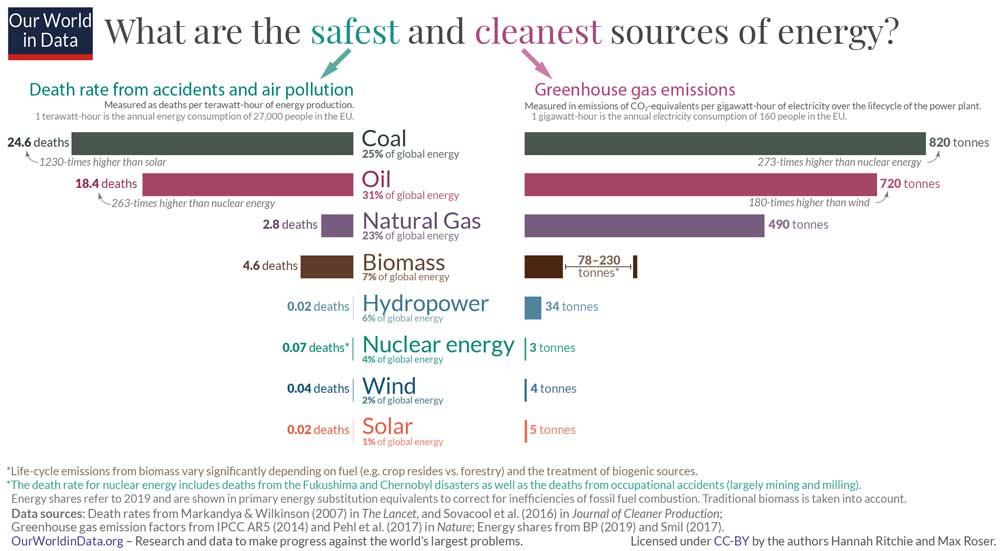 The difficulty of mining has increased over the years. A few years after bitcoin was launched, it was no longer profitable to mine it with a computer. The prices and the difficulty meant that there was more and more competition and complexity, so now it is only profitable to mine it with ASICs, which are specialized circuits in the calculations that are carried out to maintain the bitcoin network and guarantee transactions.

Mining travels to the United States

Thus, having cheap electricity is key to obtaining good performance in these mining operations and guaranteeing profitability more quickly. In the United States they even have production problems, where on many occasions nuclear energy has not been able to compete in auctions with other sources. That has led to the closure of three plants in Illinois, and it has been necessary to approve a bailout to keep the plants running.

Bitcoin will not save everyone , but if more mining farms are built, it is possible that the profitability of many of them can be guaranteed. In turn, miners can say they are mining with clean energy. In addition, many of these mining farms are going to the United States, so indirectly, the control of cryptocurrencies may now go to them instead of being in China as it happened until now, mainly due to the China’s ban announced last week.