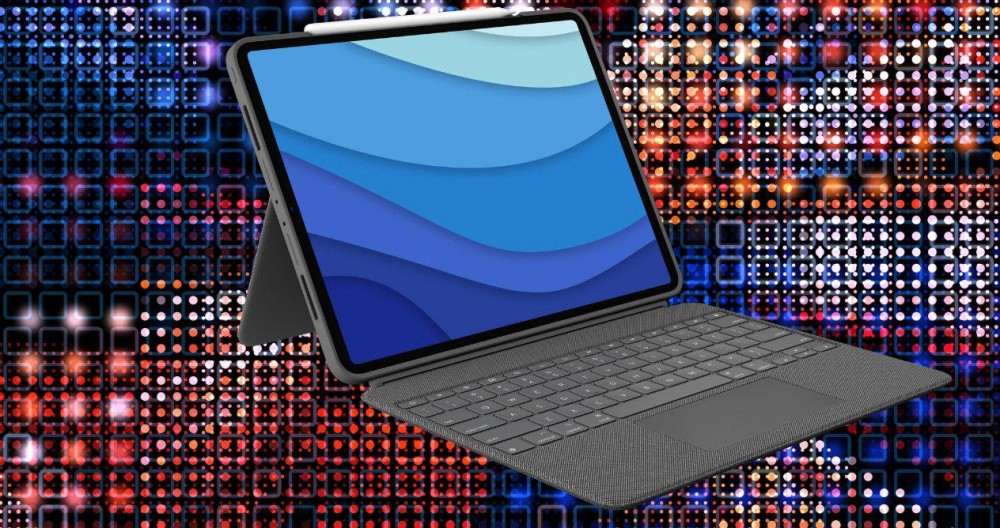 Logitech will release a new version for the fourth generation iPad Air of its recent Combo Touch keyboard case. The best alternative to Apple‘s official keyboards and at the same time cheaper if the price of the Magic Keyboard seems high despite what it offers.

A matter of a few days ago, it was possible to start buying the new Logitech keyboard with cover for the iPad Pro, the Logi Combo Touch . We had previously commented on this proposal that it was the best option if you were looking for a case with a keyboard for your iPad Pro and did not want to pay the official Apple price, especially the one that includes TouchPad.

Because nobody doubts the quality and advantages that Apple’s Magic Keyboard offers for its iPad Pro with that new integrated keyboard and touchpad, but the price of 339 euros for the 11-inch model and 399 euros for the 12.9-inch model Admittedly, not everyone is willing to pay for it.

However, Logitech already demonstrated with its Folio Touch that there was an option to create a product also with great performance, quality and the same keyboard and trackpad options for a lower price. Of course, sacrificing a little in design and in the comfort provided by a fixing system by magnets instead of the cover type of the popular accessories brand.

Even so, that type of case that Logitech uses, it must also be said that despite being less subtle than Apple’s, it is also true that it provides greater protection against possible shocks and small falls.

Well, with the arrival of the latest iPad Pro, the Logitech Combo Touch cases also arrived. Proposals where what stood out the most was the air to Microsoft Surface that released the Apple tablets once they were placed. Because these offered a cover with a folding support or stand at the back to place it with different inclinations on the table and a keyboard that can be placed and removed from it thanks to a powerful imaging system and a connector that then connects directly with the iPad smart connector for pairing and powering.

Now that Logitech Combo Touch will have a version for the fourth generation iPad Air. So you can save 139 euros compared to Apple’s Magic Keyboard. A considerable amount that would allow you, for example, to acquire the Apple Pencil or to think less about the idea of opting for an iPad with the next option in storage capacity or for the more cellular WiFi model instead of just WiFi.

The new Logitech Combo Touch keyboard for iPad Air 4 Generation will be available this coming July and its price will be 199 euros . An import that despite being high if it is not going to be used regularly is cheaper than that of Apple keyboards.

So you just have to think to what extent you are going to use a keyboard of this type, together with its integrated trackpad, when you use your iPad Air. If it is not going to be much there are keyboards designed to carry on the move that are cheaper and improve the action of writing those emails or specific texts with respect to the use of the virtual keyboard. But if you are considering that the iPad gradually replaces many of the things you do on your laptop, then this type of keyboard case will pay off very quickly.