Users increasingly demand silent systems, especially if they are going to dedicate themselves to creating content, whether it is recorded on video or streamed. For this we have been looking for highly silent fans that allow us to cool our computer with the least possible disturbance. All of them meet a series of minimum requirements that we have arranged so that they adapt to all users.

These chosen fans have a maximum noise level of up to 25 dBA, a value based on technical data. All the fans are 120mm, since we could say that it is the standard size that all PC towers on the market support. The main parameter, as we have indicated, is that the fan in question does not exceed a maximum of 25 dBA . Said value is not arbitrary, it is the maximum normalized value of operating noise at an industrial level at night admitted by the European Union . We have not accepted PWM fans whose maximum value at full speed is above this value.

In addition, we have considered the size of 120 mm only because it is the standard size in the majority of chassis on the market. While more and more are supporting 140mm fans, it’s far from a standard. But it is that, in addition, there are many chassis that support fewer 140mm fans than 120mm.

These fans have as a common feature, reduced maximum operating speeds. This parameter directly affects the airflow and static pressure, which is lower than other fans. In spite of everything, if we have a PC tower with an open front and it is located close to the ground, it should not be a major problem.

These silent fans that we have chosen and that we would use in our equipment. They are solutions of recognized brands and that more than meet the established requirements.

We do not leave, for now, the Austrian manufacturer to bring you another very interesting option. The chromax.Black range is the adaptation of its classic fans to modern designs. They have painted their classic fans in black, to make them more “universal” than products in the typical colors of the brand. In addition, it includes support for the color anchoring system that they have created to give them a little more color.

About these fans, say that they are somewhat more powerful than the previous ones and more versatile. They have a shutdown system for semi-passive systems, so they shut down when there’s no load. The rotation speed, being PWM, varies between 450 RPM and 1850 RPM . It greatly increases the rotation speed of these fans, but the maximum noise is 23.9 dBA and they consume less than 1.6 W. 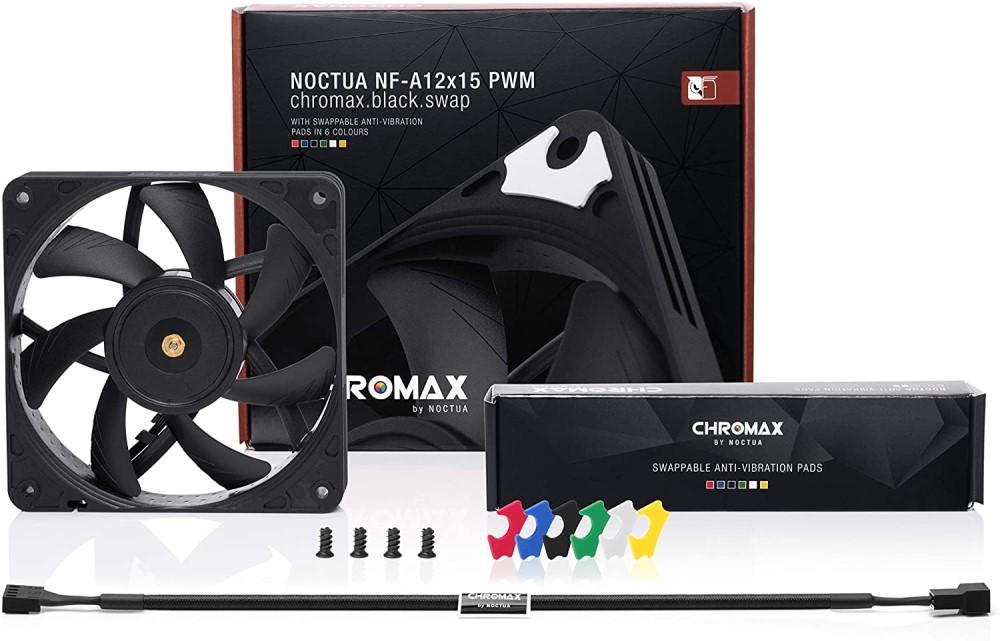 We do not consider that this manufacturer, which offers all kinds of components and peripherals, needs an introduction. Corsair for years has been one of the leaders in the refrigeration industry , with very good quality products. It has lighting, which we can manage through the company’s own software, the iCUE.

The truth is that it stands out for being one of the most powerful we have found so far. This one operates between 400 RPM and 1600 RPM , so we will have a huge flow of air. The loudness is quite well achieved, reaching 25 dB , just in the margin that we have selected. 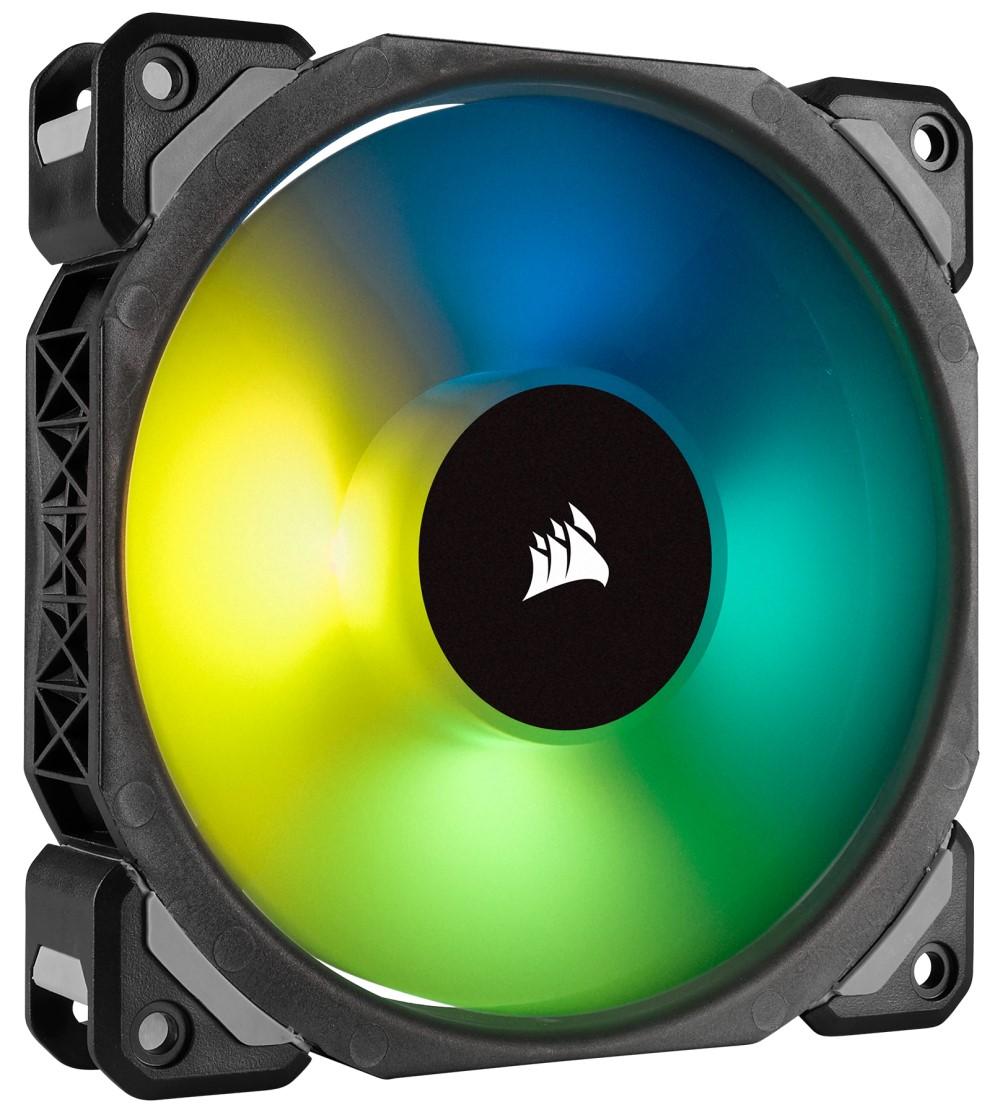 Among all the options that we have seen, these are the ones that break the most with everything. They stand out, first of all, for being white , while the rest are either in unusual colors or black. In addition, it is one of the few silent fans that we have found with lighting.

Mars Gaming fans feature a reduced frame design and ARGB lighting . This model of fan is completely white, ideal if you want to mount a setup of this color. But, not everything is beautiful in this fan and it is that it uses a three-pin connector, so it does not offer PWM support . It has a fixed rotation speed of 1100 RPM , but with a very low noise level of only 14 dBA . Consumption also stands out, which is 1.8W, the highest of all those chosen, something that is due to the lighting it includes. 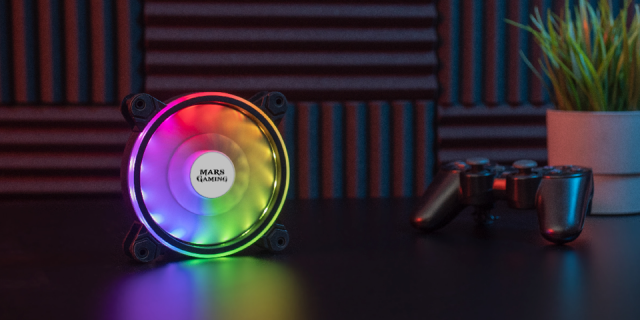 There are other interesting fans on the market that may be interesting and that, logically, have a noise level of less than 25 dBA. Any of the ones you choose is an excellent option, since they are fans of very good quality and performance.

The Austrian manufacturer is widely recognized in the industry for offering some of the best refrigeration products. Noctua often offers visually unattractive colors, but its quality is widely recognized . Although it has begun to open up to other colors, beyond the classic brown and gray tones, it continues to focus on quality and avoid elements that do not contribute anything, such as RGB.

Noctua’s Redux range is characterized by being of very good quality and low noise. All the fans in this range are in grayish tones, at the moment, the brand does not have them in other more “gaming” colors.

Regarding the characteristics of this fan, as its name indicates, it is of PWM format . This means that the rotation speed varies according to the needs of each moment. It has a minimum rotation speed of 300 RPM and goes up to 1300 RPM . The best thing is the noise level, which is 19.8 dBA with an apnea consumption of 0.6W . 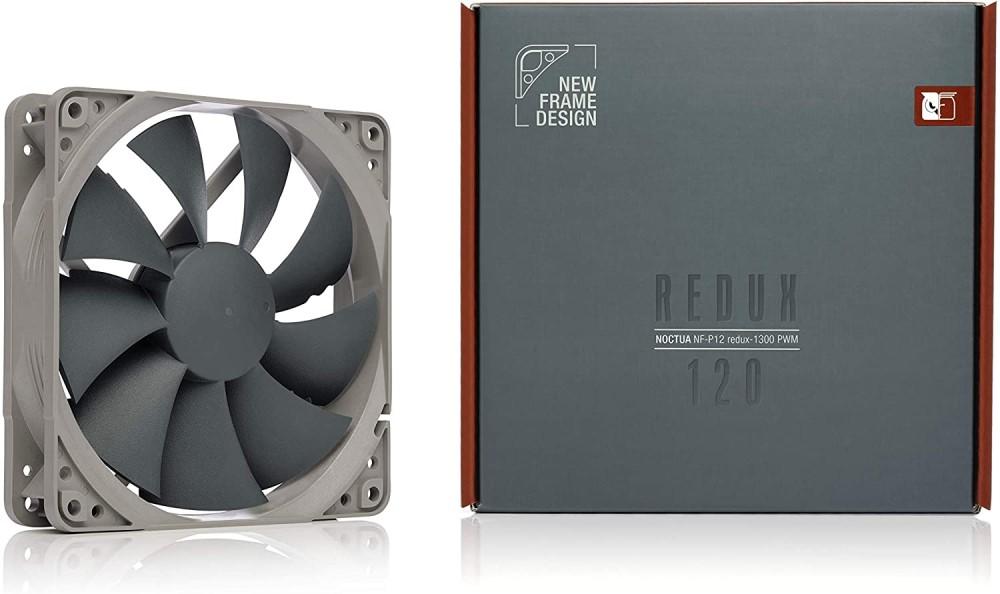 We go to another well-known component manufacturer, especially for its huge heatsinks and its excellent power supplies. Among the products it offers, it has a range of fans of very good quality and performance. Note that very recently they have presented the Silent Wings 4, but at the moment they are difficult to find in the market.

These fans are characterized by having a special blade design to generate a good vortex of air that helps cool the components. These fans have a rotation speed of up to 1450 RPM (the minimum is not indicated) with a maximum noise level of 16.4 dBA , which is very good. A very good option to cool our system efficiently with low noise. 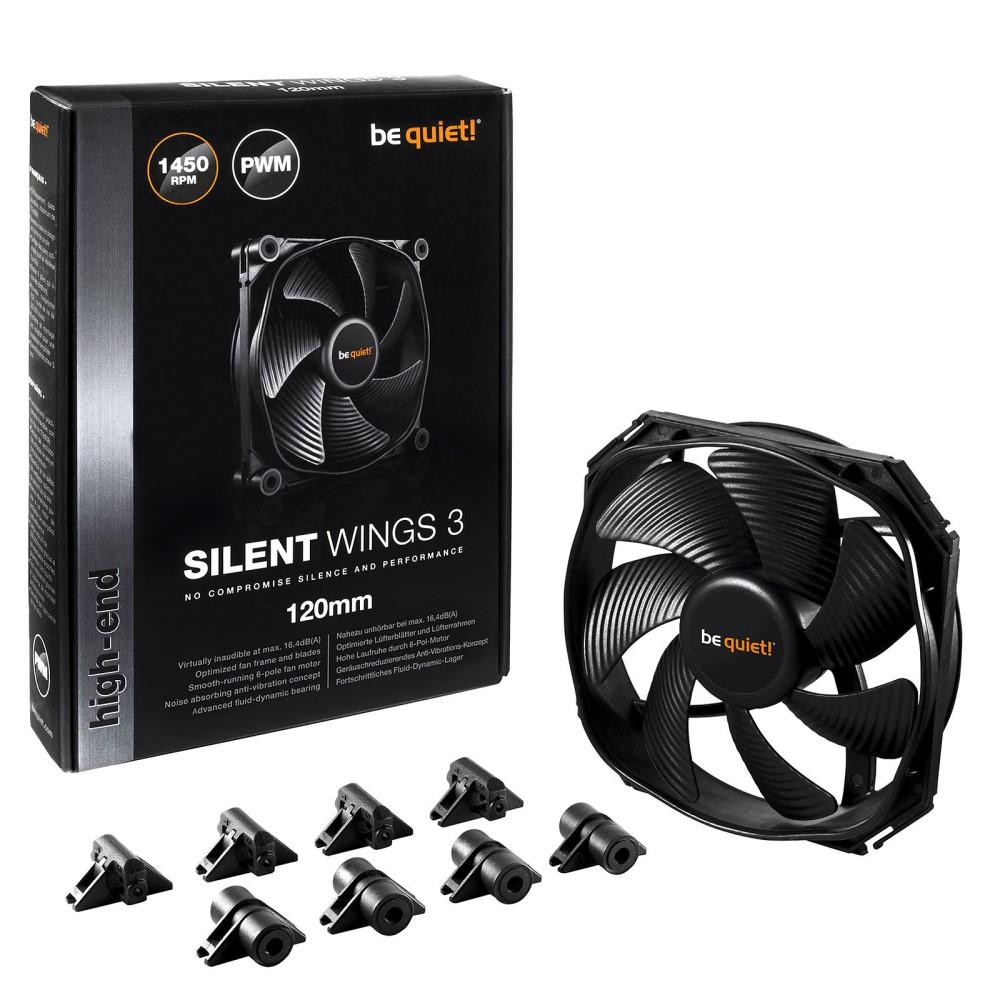 Little known brand, but what it has in its favor is that it is of German design , something that assures us quite good quality. Something that stands out is that it is in black or with a black chassis and colored blades, to suit everyone. It is a quite interesting option with quite a few good reviews on Amazon.

Said fan has a thickness of 25 mm, which is the standard in most fans. Something that works in its favor is that it is of the PWM type , being able to work between 400 RPM and 1500 RPM . It has a very low noise level due to its special design, reaching only 14 dB , making it a more than interesting option. 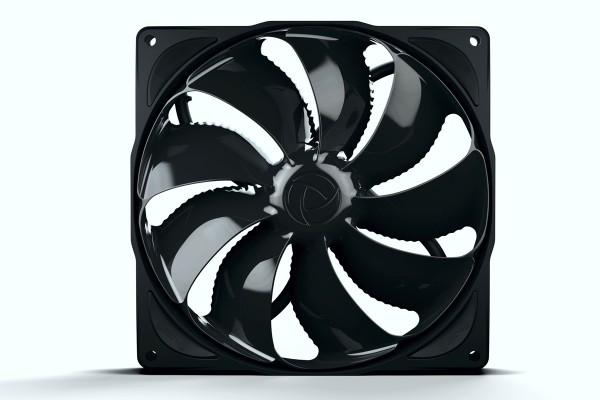 We do not recommend buying

These are not intrinsically bad products, but they leave us with a lot of doubts or are uninteresting products. Above all, these fans have the downside of not having PWM support, so they work at a fixed rotation speed.

Among all the options we have, this kit of three fans has caught our attention. It seems to have quite a few good reviews on Amazon, although some users complain that they are louder than indicated. The good thing is that if they are not what we expected we can return them without major problems.

We have a kit of three low-noise fans, ideal for any setup. These three fans stand out for being completely black, being a classic, simple design that combines with any hardware. One problem with these fans is that they are based on a three-pin connector, so they can only operate at a rotational speed of 1200 RPM. The good thing is that they have a loudness of only 19 dBA and a consumption of 1.44 W, which is not bad at all. 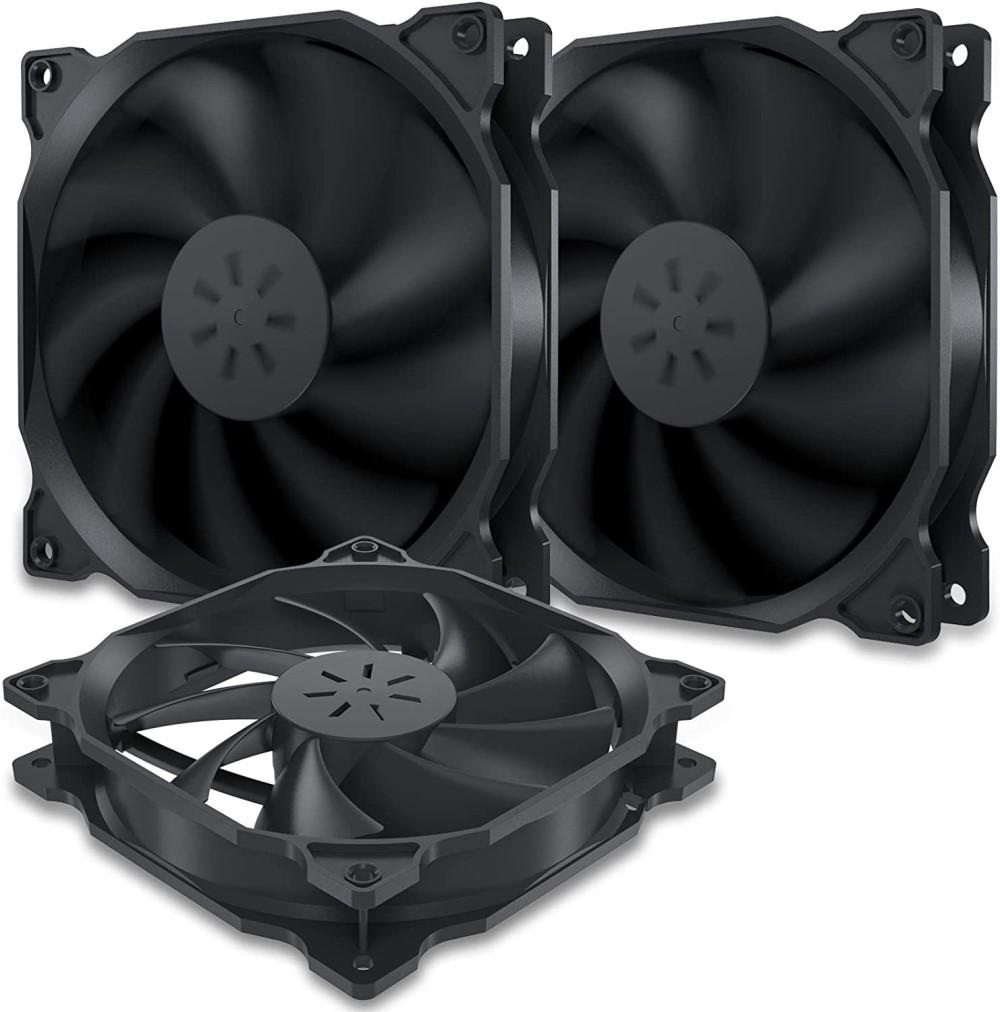 It is not by far the option that we would recommend, but it is economical and functional. For an old system or if we mount a home NAS with an old computer, it can be a good option. It also doesn’t feature a modern design, rather reminiscent of early fan modding.

This Akasa fan offers a three-pin connector, so it is not a PWM type . It works all the time at a speed of 1200 RPM , but the noise level is quite low, only 17.5 dBA . It is true that it has certain things that do not make it attractive, such as a fixed speed fan, but it is a very cheap fan, so it may be a good option at any given time. 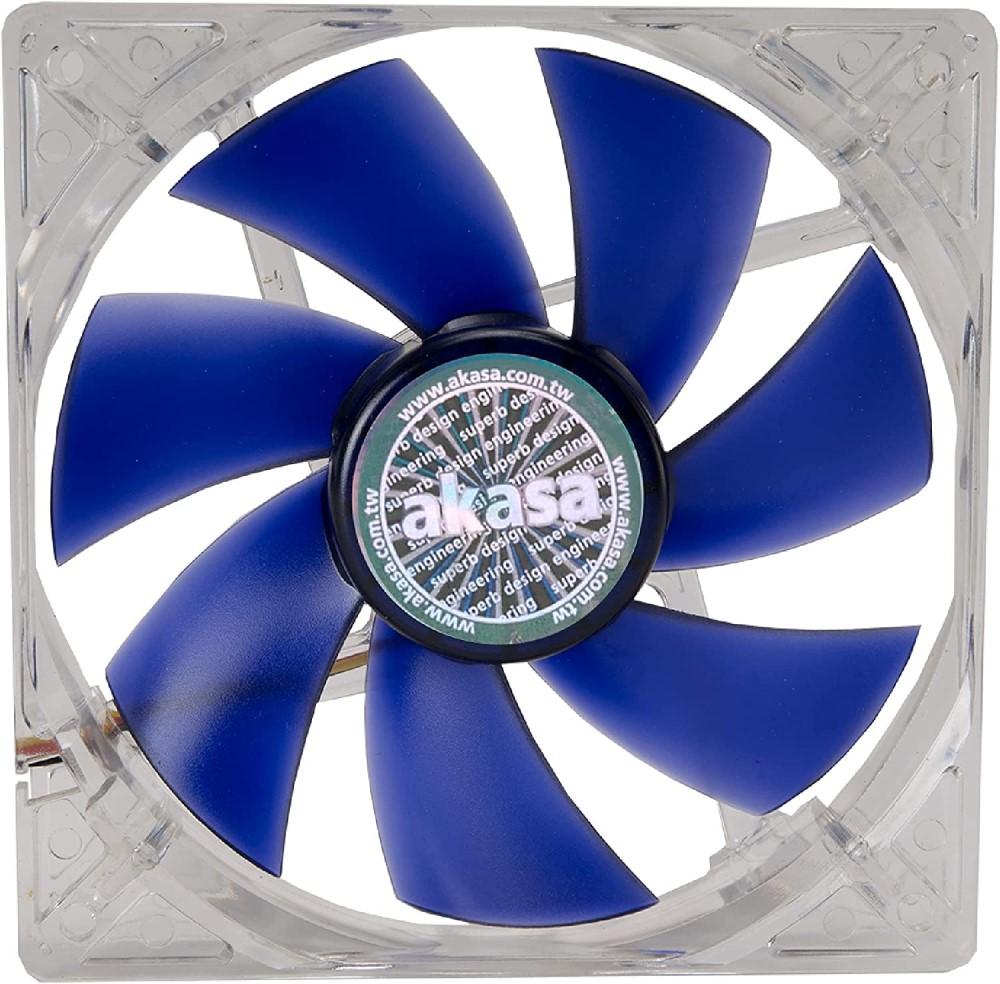