If you have fallen here it is because you are considering the purchase of an Apple Watch Series 3. It is a device that attracts a lot of attention due to multiple factors such as the fact that it is a relatively recent device and yet not the last one released to the market, which makes its price lower. However, there is much more to it than we think you should know before proceeding to purchase. If you do not know at the bottom the technical aspects of this Apple Watch, we will describe them below. If you already know them and want to know more, you can go to the next section.

Analysis of its functionalities

Thanks to its S3 chip, this Apple Watch is capable of performing like its predecessors did not. In fact, on many occasions we have talked about this as the first watch that Apple should have launched because in previous generations it was very tedious to carry out processes such as opening applications. In this watch everything is very fluid and the autonomy , despite not being scandalous, is quite acceptable, reaching a day and a half of duration with moderate use.

In the field of software we can also be calm, since this Apple Watch Series 3 has the latest updates to watchOS , currently meeting watchOS 6. The forecast is that this watch will continue to have these updates for a few more years, so which is a good point in that. Therefore we can have latest generation news in it.

The ability to measure heart rate or track sports activity are another of the strengths of this and the rest of Apple watches, but in this case it also seems to make better measurements than in the Apple Watch Series 2. But if it Compared with Series 4 and Series 5 we noticed a difference in sensors, since we cannot perform ECGs nor do we have a fall sensor . It may not be something of vital importance to you, but it never hurts to have it and it has already been proven useful in the latest versions.

The screen is another negative point, and that this is not misinterpreted. It is a very good quality screen and it looks good in almost any situation. But that is not the problem, but its ratio. The frames, despite not being something exaggerated, subtract useful part from the front. At first this would not be a negative point, but after seeing the best use of the screen of the new generations, this seems to be outdated in a way. This makes some of the most prominent spheres released in recent years not available for this Series 3.

Reasons to buy it

Since you are here to find out whether or not you are worth buying the Apple Watch Series 3, we will try to expose in the most objective way possible the reasons why buying it is a good idea and reasons why it is not. In this way you can put all these reasons on a scale and analyze what has more weight in your decision.

A good reason to buy it is the price , since we can find it from 229 euros or even less in sporadic Amazon offers . It may seem like a high price, but it is vastly lower than the Apple Watch Series 5, which is for a minimum price of 479 euros. We do not count the Apple Watch Series 4 for having withdrawn from sale in September 2019, but if there is any supplier it is for a price considerably higher than the Series 3.

Another strong point to acquire this device is its software , since watchOS is probably the best operating system that we can find in a smart watch. It is fully optimized and on top of this watch is able to move smoothly through it. It also highlights the fact that it will receive updates for more years. The watchOS system is also to blame for being the watch that best connects to an iPhone.

If you are an athlete , its acquisition is also interesting because you will be able to monitor many aspects related to your physical activity, being able to find interesting data such as the distance traveled if you go running, the time you have exercised, the average heart rate or the calories burned . You can also ‘sting’ with your friends to see who does more sport throughout the week and you can even challenge yourself with the activity rings.

Reasons not to buy it

Money may be a reason not to buy this watch. It may be contradictory, but it has an explanation. If you have good savings or can afford an expense higher than the price of this Apple Watch, it may be worth buying a last generation one. The price difference between this and the Series 5 is wide, but perhaps your pocket can resist it and not see it as something negative.

It is not worth taking the leap from a previous generation , although a change in fluidity is already noticeable. The biggest change is noticeable with a Series 4 or Series 5, because these have an autonomy of up to 2 days, which can be much more interesting than resorting to the charger every day as it happens in this one. The screen is also an important point, since coming from a Series 2 or earlier you will not notice that visually anything has changed. 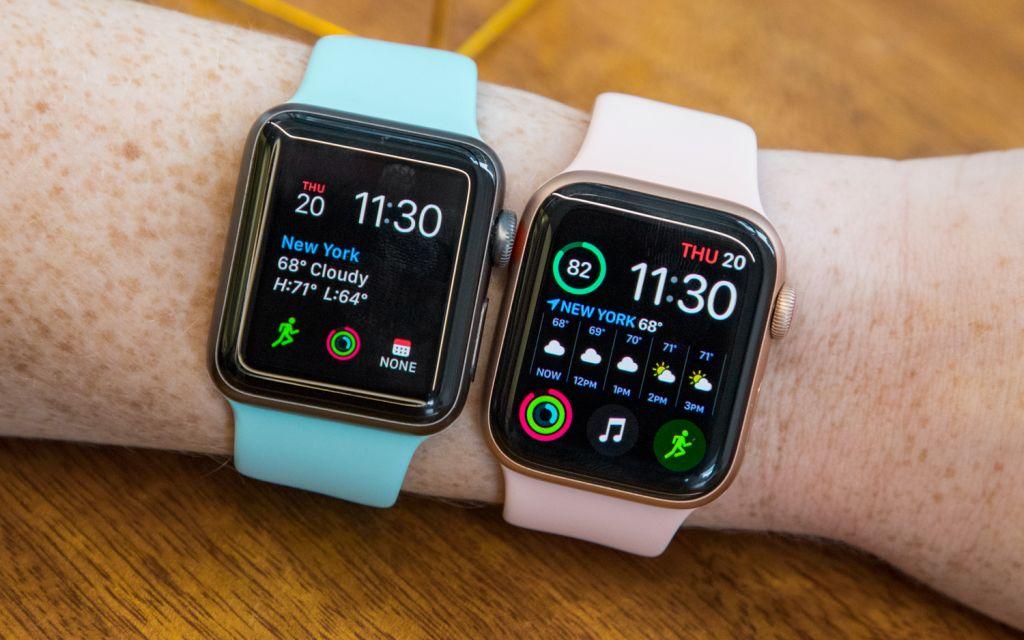 There are some software limitations that do not allow you to enjoy 100% of the new features of watchOS. An example of this are the new spheres recently released and the ones that will probably arrive in future versions. Precisely because of the screen ratio discussed in the previous point, there are some that cannot be adapted. Also other functionalities such as the ambient noise meter are ‘covered’ in this Apple Watch.

Another reason you might choose not to buy it is that there isn’t as much left for the launch of the new generation . It is September the month in which it is usually launched and although it may be far away, it could be interesting to wait if you are going to take this purchase as a whim and not as a real need to need a smartwatch for your daily activity. The fact that new versions are launched not only makes it possible to value the novelties, but also lower the prices of the previous ones and that is when the Series 5 can be more profitable or even this same Series 3 can become a bargain.

In this analysis we have tried to give you objective and subjective data, but in the end what we want to convey is that you are the one who makes an assessment after reading this post. Obviously we are not guardians of an absolute truth and proof of this is that we have provided both data in favor of the purchase and against it. That is why we recommend that, if you are not clear yet, soak up more information by asking your friends, family or acquaintances who have an Apple Watch and finally draw a clear conclusion. If you finally decide to buy this or any other, we hope you enjoy it and you can get the most out of it, also reminding you that on this same website we have useful content to get the most out of it.