Although right now Apple is very focused on iOS 14.3 with its beta program, they have ended up releasing iOS 14.2.1 today. This is a version that is only available for the new iPhone 12 and comes with small bug fixes that could not wait for the release of iOS 14.3. Yesterday Apple relaunched iOS 14.2 for the iPhone 12, which came as a revised version. But it seems that it was not enough, since Apple has seen fit to launch iOS 14.2.1 whose main objective is to solve numerous bugs that have been reported in recent days. As we have said before, this is an update that is only available for the iPhone 12 mini, iPhone 12, iPhone 12 Pro and iPhone 12 Pro Max. In the notes of this new version, the resolution of the following bugs is detailed: 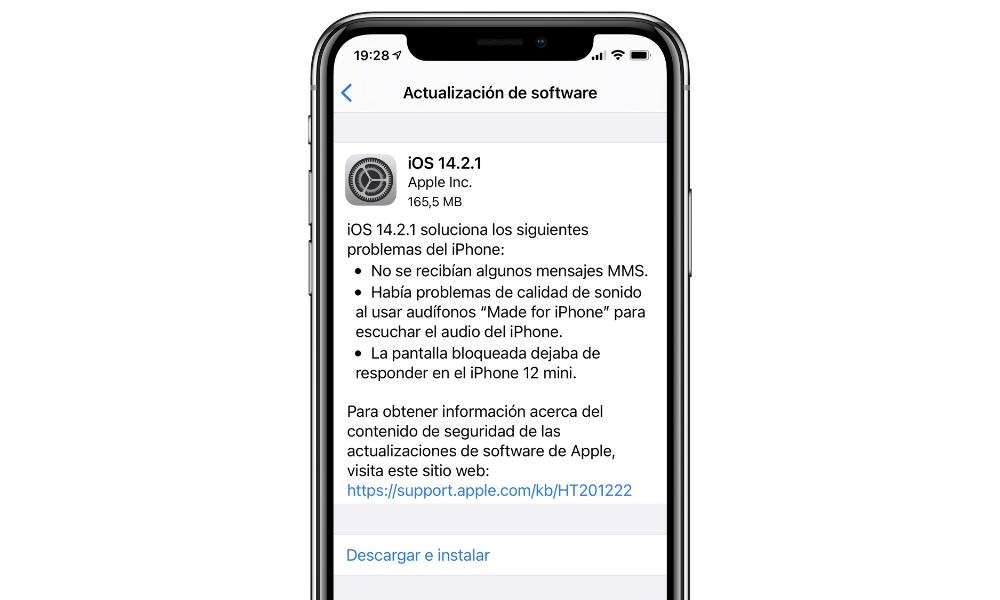 This last bug fixed without a doubt is one of the most important. In recent weeks, many users have experienced problems with the iPhone 12 mini screen. Specifically, when they were on the lock screen, they could not enter the code correctly as it stopped responding. Everything indicated that it could be solved through a software update and we already have it with all of us. The second option that was being considered in the face of this problem is that there was a hardware failure on the screen that would end up causing a massive return of equipment. This in the end has not come to pass for the luck of all users.

It may be logical that with a recent launch of the new iPhone 12 failures are reported. Luckily Apple always responds quite quickly working on the reports that the users themselves do. That is why this is an update that is only available for all iPhone 12 since it is focused on them. It would make no sense for it to be released for the entire ecosystem of devices that are active right now in the community.

When solving bugs that can become very annoying, such as the screen becoming unresponsive or MMS not arriving, it is recommended that all users with an iPhone 12 install it. Besides this it is possible that different security patches have also been included. In order to perform the installation, you must follow the following steps:

Despite being an update that has a reduced weight, it may take some time to download. The saturation of the servers can end up affecting the download speed and also the arrival of this version to all users.