Once again, Apple has gone back to betting on two versions of its higher-end iPhone models . However, this time there are more changes than expected, not only in size and battery as usual. In this article we will tell you all the similarities and differences between these two devices to resolve any questions you may have with them.

Although we will analyze in more depth how these two phones behave on a day-to-day basis, we believe it is convenient to preview their technical specifications. In a large majority of sections we see that they are twin brothers, but they have some differences between them that are worth commenting on later.

It is true that if we look at the previous generation, that of the iPhone 11 Pro and 11 Pro Max, we observe that the difference in size between the two was larger (5.8 inches versus 6.5 inches). However, in this generation, although younger, there is also a significant change. Deciding between one size and another is not something to be taken lightly. If you are a large consumer of videos on your mobile, you usually use it for tasks such as writing notes or editing photos and even videos, you should bear in mind that you can get better performance with the ‘Pro Max’. However, it also has the great disadvantage of being able to become even annoying if you have small hands or you usually move around the street with the phone, since keeping it in a pocket can also be a problem. 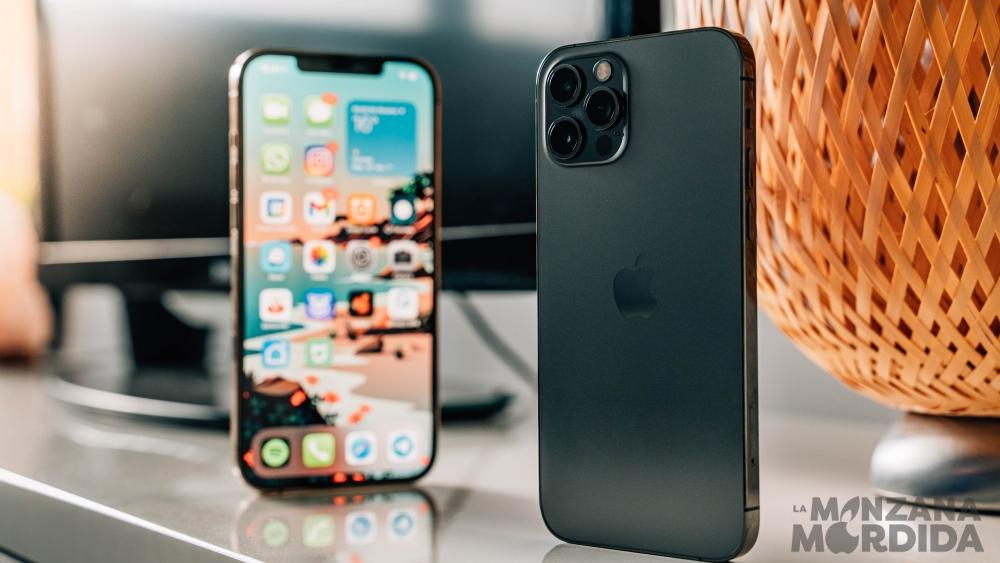 The 6.1-inch ‘Pro’ model has a size that while it may fall short for some people and some uses, it is much more comfortable in hand and when transporting. Even if a cover is added, it is still a balanced size. In terms of weight, the experience is also very different, since the almost 40 grams of difference between the two can be crucial.

The A14 Bionic is the best processor ever seen in an iPhone today. It is something also obvious if we consider that it is the last generation. Although for technical purposes there are notable differences between this and the previous A13, the truth is that in the day to day it is little noticeable. Both the ‘Pro’ and ‘Pro Max’ models can squeeze the maximum efficiency of the processor, whether for everyday tasks or the most demanding. The issue of computational photography is especially noteworthy, in which the neural motor of the devices also enters, considerably improving the photographic result with millions of operations per second. 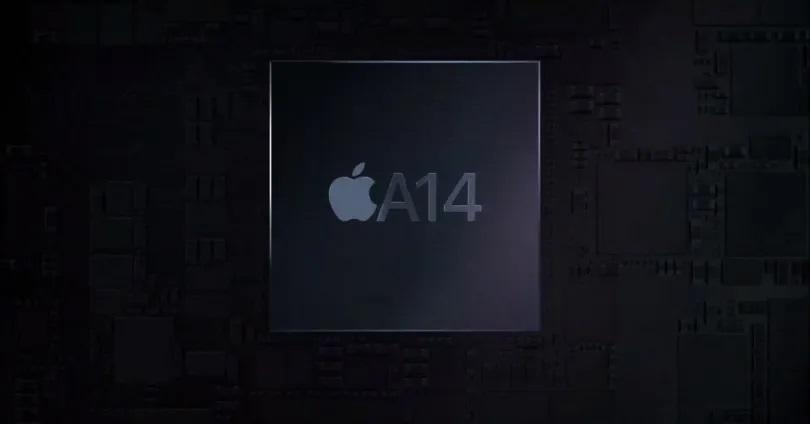 Another guarantee that the A14 offers for these two phones is software support , since in both cases at least 4 or 5 years of iOS updates are assured. This is not only important due to the fact that we enjoy the aesthetic and functional novelties every year, but it is also relevant due to the fact that we are experiencing performance improvements and with the certainty of having the latest security patches.

Camera jump on the 12 Pro Max

We saw in previous sections some slight difference at the hardware level of these iPhones and now we will specify with more precision how they behave at the photographic and video level, either with their front or rear cameras and the LiDAR sensor . Precisely of the latter we have to say that it is identical in both cases and not only serves for augmented reality functions, but also helps to detect objects and people, thereby improving the taking of photographs in both cases. 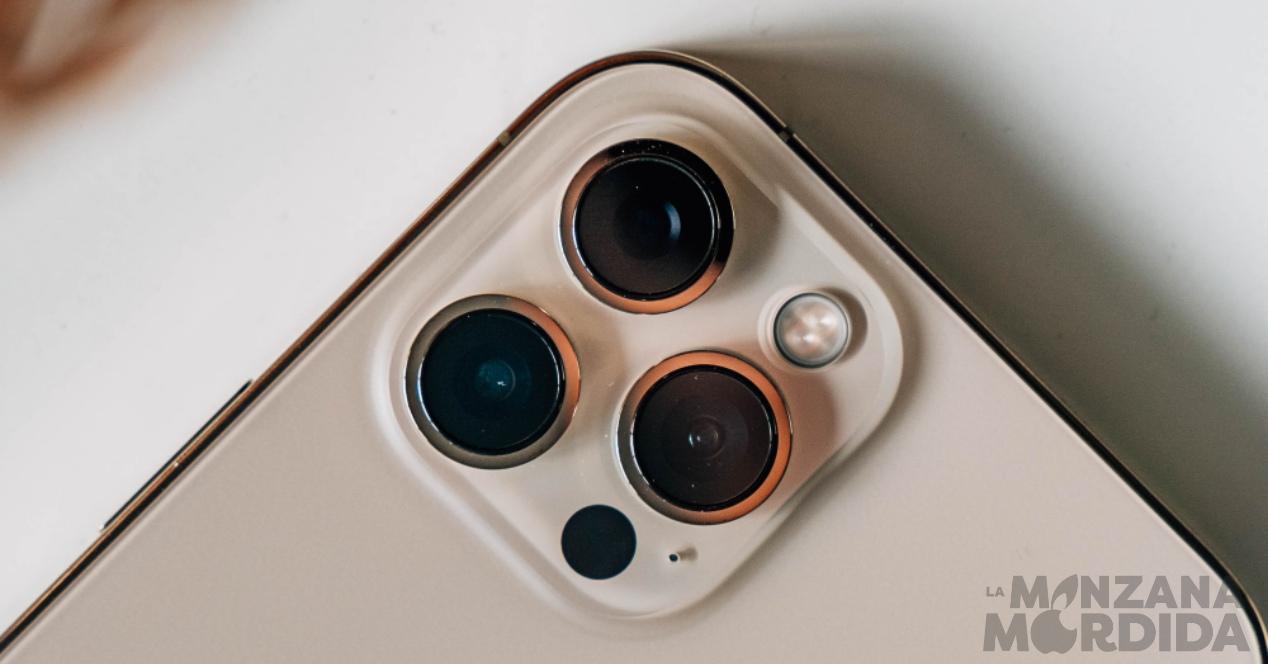 The fact that the ‘Max’ has the largest lenses helps in certain aspects of taking pictures with telephoto or image stabilizer are better on this model. Is there so much difference when it comes to the truth? The truth is that no, since if you are a passionate user of cameras and you want to obtain good results, you can already have them with the ‘Pro’. If you also take this more seriously or even dedicate yourself professionally to it with your iPhone, it may pay you to make the leap to the larger model.

Memory surpluses in both cases

Something that was being asked of Apple was to increase the base capacity of its iPhones, since the 64 GB they had in the previous generation seemed to fall short for an increasing number of consumers. In the 12 and 12 mini models, this capacity has continued to be maintained, but in these two ‘Pro’ models it has already been raised to 128 GB , with the possibility of also purchasing them in 256 GB and 512 GB with the consequent price increase in these two last. Although the 128 may still be little for many, it must be recognized that having twice the possibilities than in the models of previous years is already something important. Therefore on this point both, although they coincide, approve with flying colors. 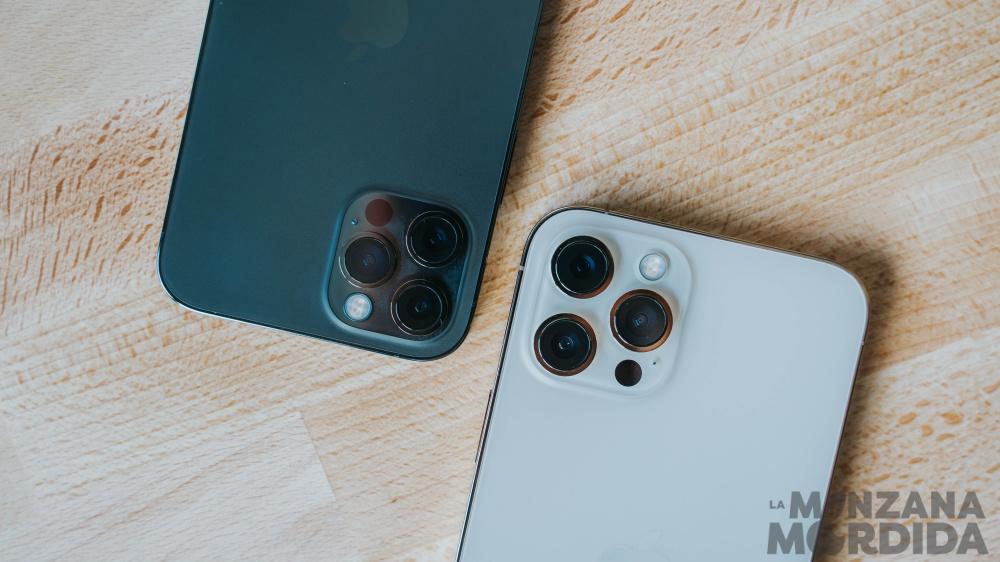 Apple, as usual, does not offer the battery data in mAh of its iPhone, although it has been known that these 12 Pro and 12 Pro Max have 2,815 mAh and 3,687 mAh respectively. This hiding the data is done by the Californian company with the aim of not misleading the user if it compares them with Android, since by the way in which Apple designs the software and the optimization of the processor it is possible to have a lower capacity and however have better performance.

Although the capacities have been surprisingly reduced compared to those of the 11 Pro and 11 Pro Max models, in the end they have managed to match them in autonomy. In the day to day, both terminals meet the demands of a heavy user , who will not have to resort to the charger until nightfall. In some cases both can even exceed the day of duration, especially in the larger model that lasts longer than 2 hours approximately. 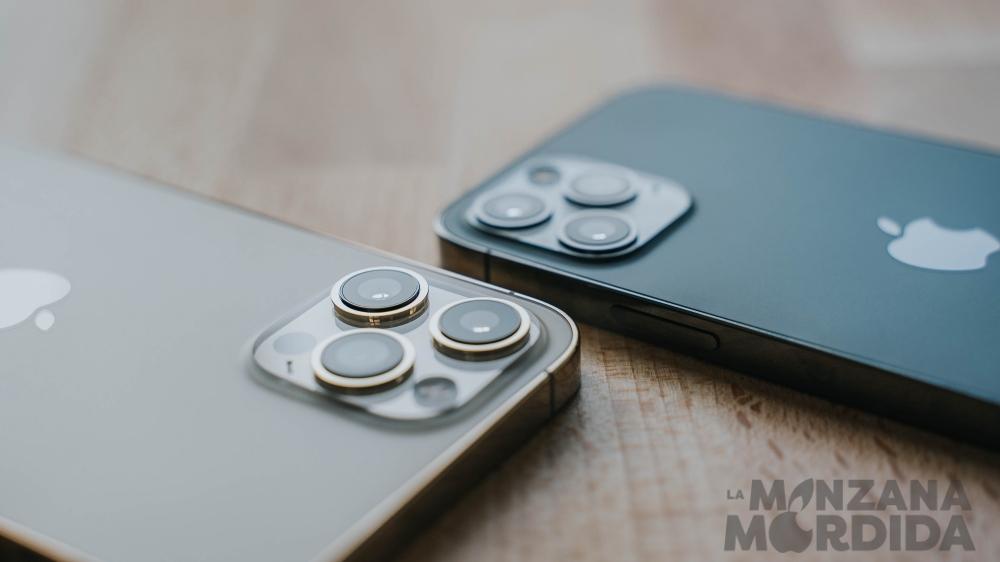 It is true that the 5G connection reduces autonomy , but in the case of iPhones from outside the United States, things change because they do not have the same antenna and cannot obtain similar speeds. Perhaps in a few years, with better infrastructures for this, we could talk in more detail about the energy consumption of this technology, but today the difference between using the iPhone with 4G and with 5G is not very high.

They are both missing things in the box

Surely you have seen in recent times numerous criticisms and even memes in reference to the absence of a power adapter in the new iPhone, something that has been extended to the rest of previous generation models. And sure enough, these two devices come with a USB-C to Lightning cable in their box, but not the adapter that is put in the current to charge the device. They also do not include headphones , the famous wired EarPods that have also ceased to be present. All this for environmental reasons according to Apple’s argument. Perhaps this is a topic to discuss separately, but the reality is that you will not find both accessories in either case. 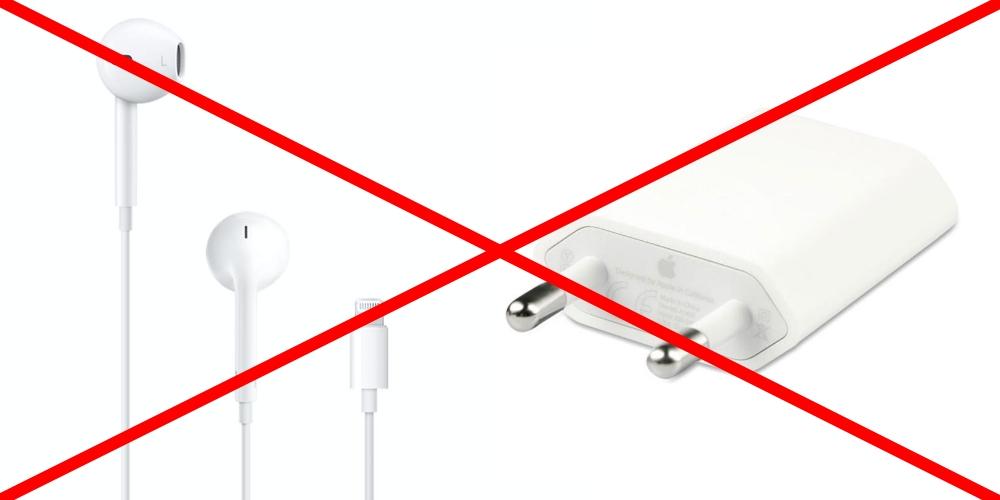 There is a price difference, but not abysmal

What should you base your purchase decision on? 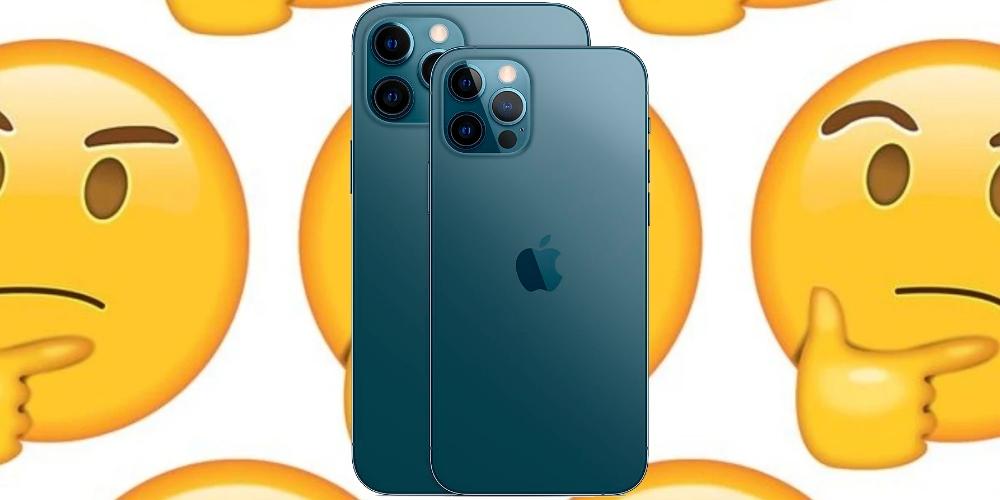 The first thing we advise you to decide between these terminals is what we mentioned above in reference to the price . If the difference in autonomy level or the extra functions in the camera of the large model are important to you, it may be worth it to make a greater outlay for it. Analyze your needs and go resting for one or the other. All this without neglecting the issue of size that we have discussed and that is that if the ‘Pro’ is going to be too small (even if it is not) perhaps the ‘Max’ will already be worth it despite the fact that the issue of cameras are not of your special interest. In any case we can be sure that at the level of performance and user experience you will be fully satisfied with any of them, since there is no better iPhone than these today.