If you have been using Alexa for some time or are going to start doing it after purchasing your first Amazon Echo, it is very likely that sooner or later you will want Amazon’s voice assistant everywhere. That is why we are going to tell you what options there are to also have it on your Smart TV.

How to have Alexa on your Smart TV 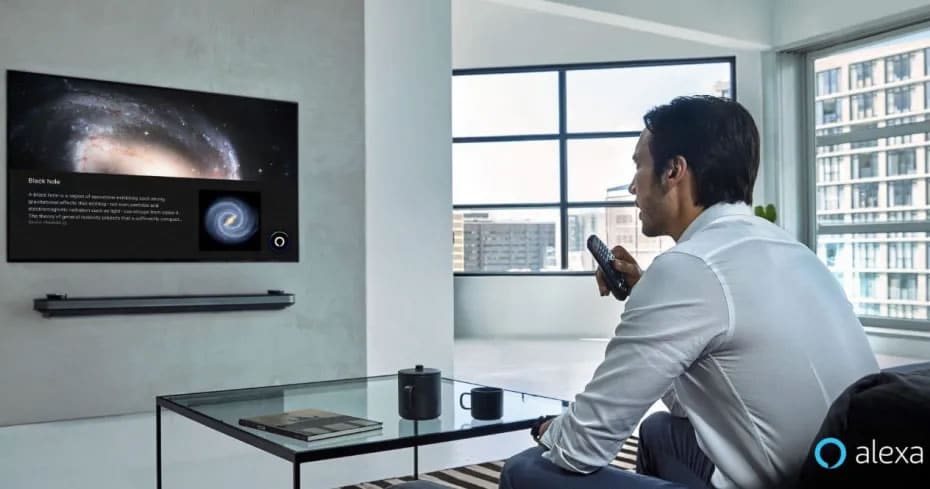 Alexa we have already said on more than one occasion that it is one of our favorite assistants, almost the most. And that Google Assistant does not work badly, on the contrary. However, the naturalness with which you can chat with Alexa to perform different actions convinces us much more and, with respect to Siri, it is above.

However, the main reason why a lot end up betting on Alexa is that it offers a very wide ecosystem of compatible products . If we add to that that their Amazon Echo can be obtained on a recurring basis at knockdown prices, it seems impossible not to end up succumbing to their use.

Well, if you are one of those users who has surrendered to its many possibilities, surely you are interested in knowing how to have it in as many devices as possible. And of course, beyond your smartphone, tablet and even computer, there is no better device to enjoy the Amazon assistant than your smart TV.

To enjoy Alexa on your Smart TV there are two options . The first only requires using the official application that may or may not be for the platform you use and the second through an external device that you will already know about because we have told you about it on several occasions. So we started.

Alexa through the native app for your Smart TV

The first option to enjoy Alexa on your Smart TV is to use its native application . If you have a TV with WebOS or Tizen you just have to go to their respective application stores and look for it. Once you have it, install it and you can go to the next step, which is the configuration.

This setup process does not differ from that seen on other Amazon Assistant-compatible devices. It basically consists of logging in with your Amazon account and associating the device . That way, in a matter of a couple of minutes you will have everything ready to start using the assistant through the television. Of course, here it is important that the remote control that you are going to use has a microphone so that you can, logically, use your voice.

Finally, it is also important that you know that for some smart televisions with Android TV, the Alexa application is as if it were a complement, a skill. So, for example, on Sony televisions what you will find is Alexa for Bravia . From there, the installation and configuration of Alexa on Sony televisions is very simple.

The second option, for when your Smart TV does not have a native application or a command capable of allowing the use of voice commands or microphones integrated into the screen, is to resort to Amazon’s own Fire TV .

Here, as we have already explained, you not only gain advantages by using Amazon’s own operating system to provide intelligence to your television, but also a more “native” use of its assistant. And that, combined with the use of the HDMI CEC connector on your television, can result in total voice control, so that you could turn the television on, turn it off, ask to watch certain content, etc.

Which is the best option

Deciding which is the best option between the two is not so easy. Using a Fire TV has advantages, although being able to take advantage of the integration of a native app with the TV’s own system as well. Basically it is a question of preferences and how you use the TV.

The great advantage of the native app is that while you are watching other content, such as DTT channels, you will be able to invoke the assistant and have him respond to you while you continue viewing said television channel. However, do tests and see for yourself if you have a choice between both solutions. In the end, what really counts is that you can enjoy Alexa and continue to take advantage of its full potential with the rest of the options it offers within the connected home.