Who else and who less, we have all mounted one or more hard drives in the PC case , and yet the mounting method of these devices is not something that is standardized and in general, each manufacturer usually has its own method, be it directly or by using trays . In this article we are going to collect all the methods to install a hard disk in modern PC cases, so that you can know them all and know how they work.

Although the market trend is for 3.5 ″ drive bays to disappear and PC cases increasingly incorporate fewer of them, hard drives in this format are still necessary as mass storage and it does not seem that are going to disappear in the medium term, so it may be important to know how these units are mounted or, at least, what types of anchoring systems we are going to find.

Install the hard drive directly into the box

It has been many years since it is difficult to find this method of mounting hard drives in the PC case, but in the past it was the most common: we simply find a 3.5 ″ space with metal plates on both sides that allow us to screw the hard drives directly to the box. This is a complicated system (you had to hold the hard disk and align it freehand to screw it in) and it also has many disadvantages, such as that the hard disk will absorb the impacts and vibrations that are in the case and vice versa.

Fortunately, this method stopped being used many years ago and, as we said, it is difficult to find it in modern boxes; In any case, you should know that in some models rubber washers were incorporated to pass the screw through them, so that the hard disk was “suspended” in the rubbers to avoid the aforementioned problems of vibrations.

Similarly, in some low-quality or old boxes we found so-called butterfly anchors, which consisted of a piece of plastic with a rotating element that was inserted with plastic protrusions in the mounting holes of the hard disk and then, with the butterfly, it was anchored to the metal plate of the box (you can see the example in the image above). This method was not only unsafe by anchoring it only on one side, but it also did not prevent vibrations or noise.

Alternatively, and we also see this in some modern boxes but generally in those with a small form factor, we can find anchor points for 3.5-inch hard drives directly on the body of the box itself, which can be both above the power supply bezel as well as behind the motherboard. 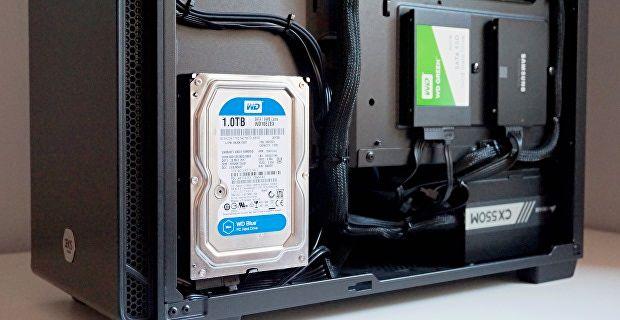 To install a hard disk in this way, we will generally find holes on the opposite side that will allow us to insert the screws, having to screw the hard disk manually. This method has many disadvantages, such as the discomfort of the assembly or that it generally “eats” the vibrations of the box and transmits them to it, thus increasing the noise level; the counterpart is that it saves a lot of space and aesthetically it can look quite good as you can see in the image that we have placed above these lines. 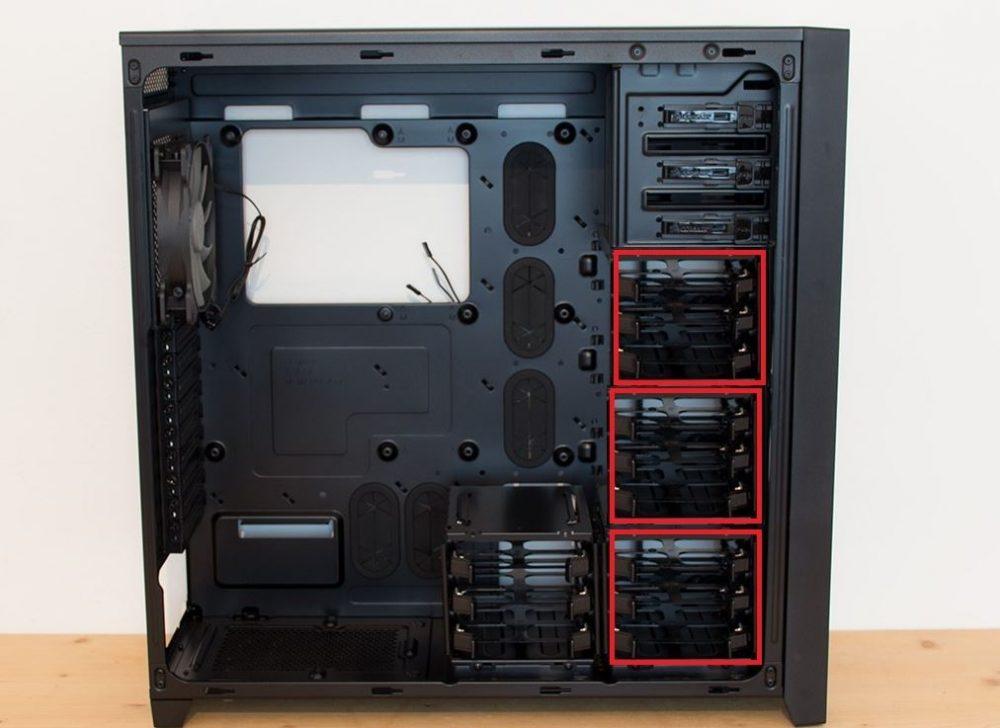 The most common and widespread method of mounting hard drives in the PC case has long been through the use of racks that incorporate removable trays. To mount the hard disk you have to remove the tray and then anchor the unit to it; We generally find different racks that normally have space for three disk units each and give the box a certain modularity , because as you can see in the image above, these racks or boxes are generally removable and interchangeable in position, allowing us to choose how many we want to put in the box to remove those that we do not need in order to improve space or cooling.

However, you should also know that there are different types of trays, mainly two: 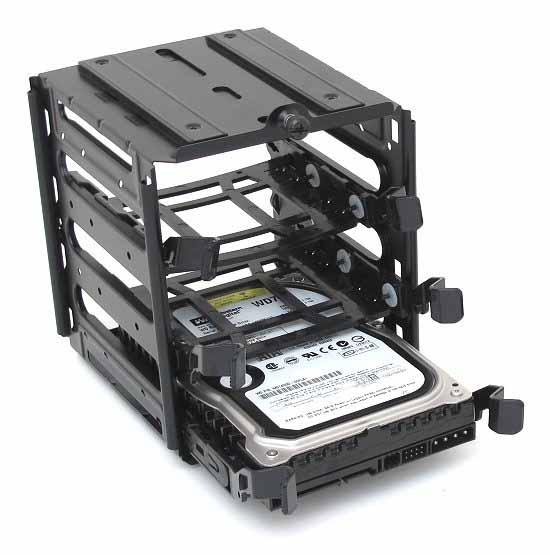 As an alternative, we also have a method of mounting the hard drives with pins . This method consists in that there is no tray as such, but simply its sides, and the installation process is as simple as putting a pin on each side of the hard disk drive by matching the holes with the protrusions (usually metal and on washers rubber) and then insert the unit in the corresponding rack. 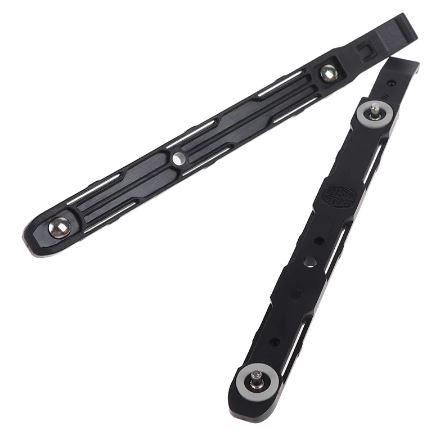 And what about 2.5-inch hard drives? 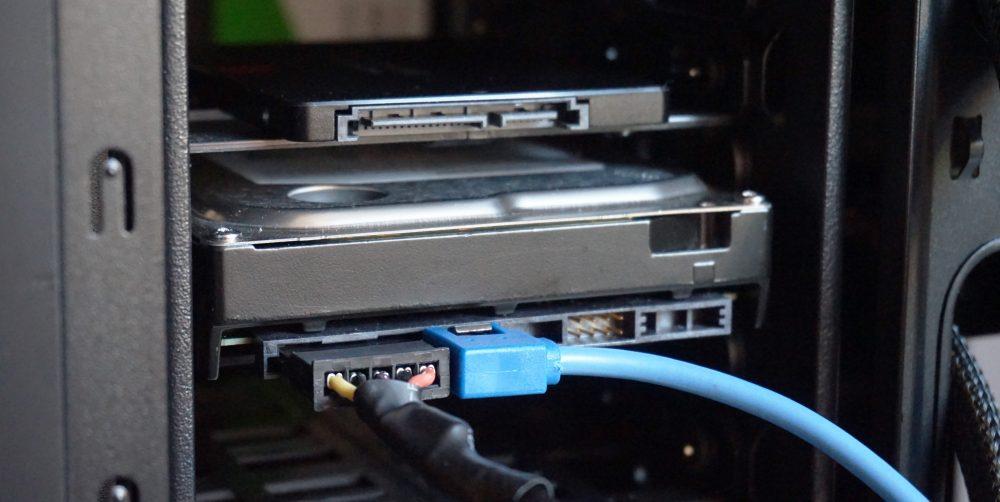 So far we have talked about the methods to install a 3.5 ″ hard disk, but we do not forget the 2.5 ″ drives that, today, are even more frequent because they are the format used by the vast majority of SSD SATA 3. In this case, to install this size of drive directly in the box you need adapters, although like there are 3.5 ″ anchor points directly in the box (such as behind the motherboard for example ) it is also common to find spaces for 2.5-inch drives, and the installation process is the same.

Similarly, in the tray methods almost all of them have holes to be able to screw a 2.5-inch drive into it, although in this case as a general rule there are no installation methods without tools but they must be screwed yes or yes (In the case of SSDs, nothing happens because they do not vibrate).

In some cases, generally large and / or high-end, we can even find racks for complete 2.5 ″ drives, as for example in the Corsair Crystal 680X. 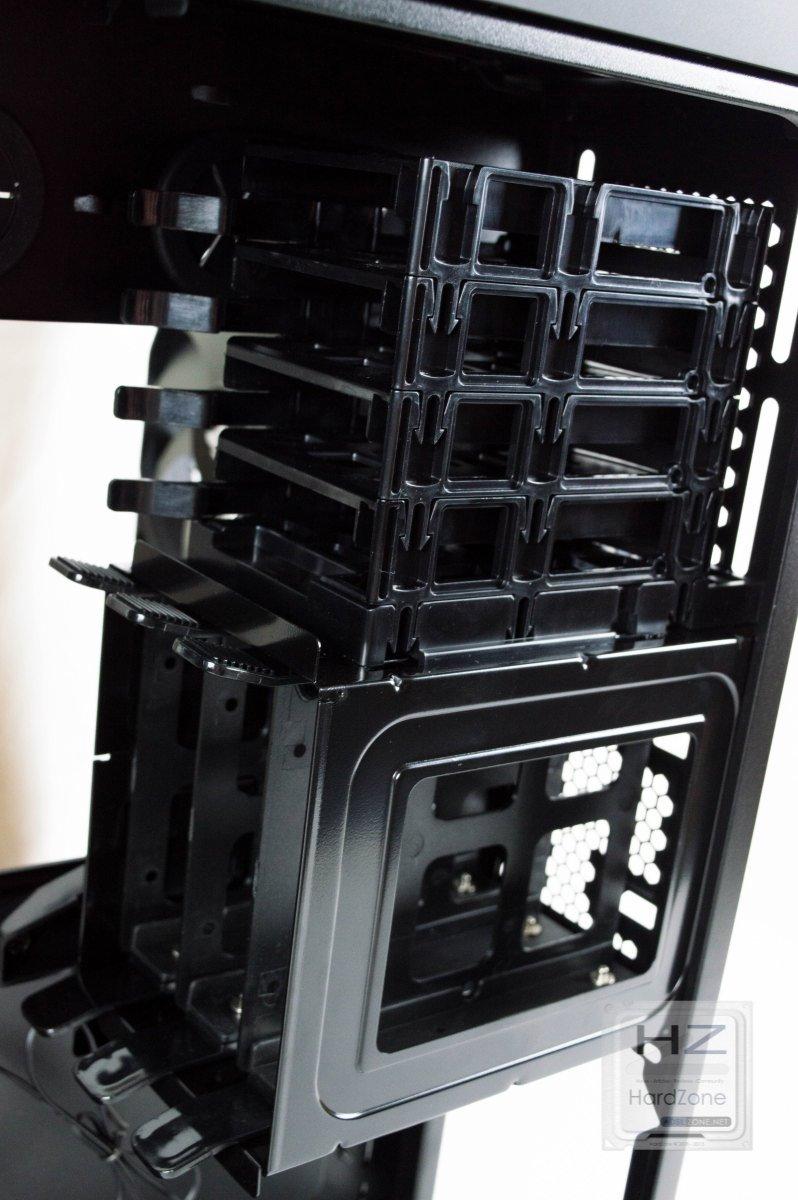 This however is not frequent, and in fact the most frequent method to install a 2.5-inch hard drive or SSD in modern PC cases is either to use the 3.5 ″ trays themselves thanks to the extra perforations. that incorporate, or install them in specific anchor points behind the metal plate for the base plate or above the trim of the power supply that many modern boxes already incorporate.