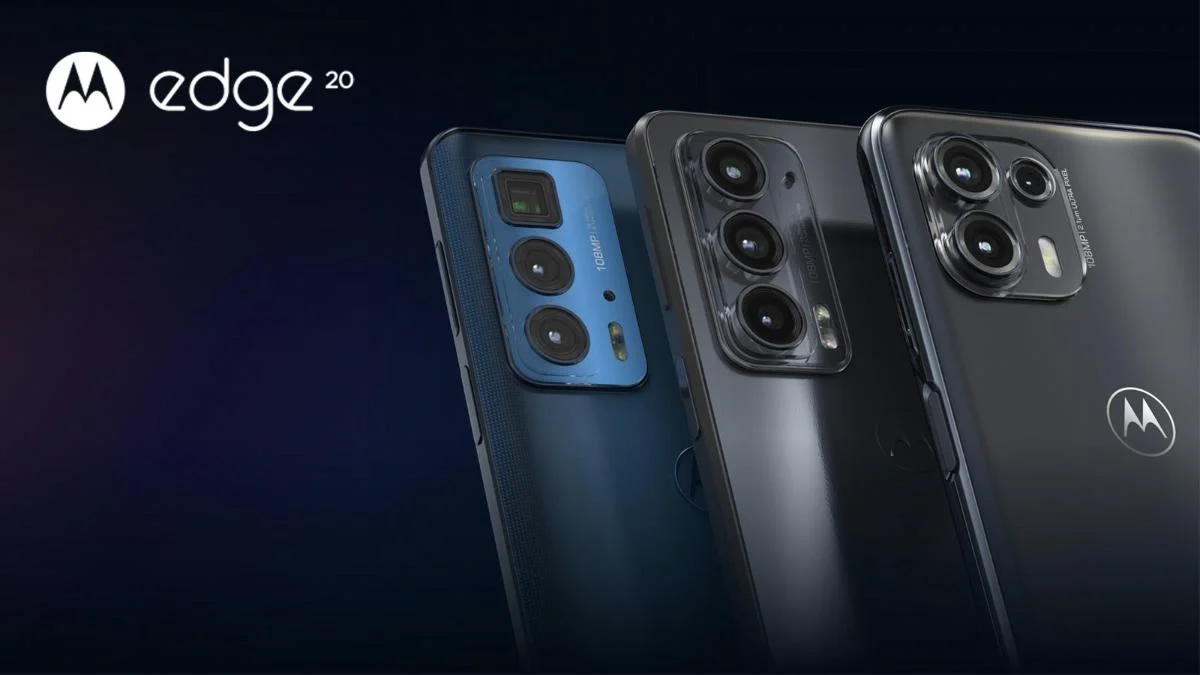 This new Motorola Edge goes beyond the company’s previous generation of smartphones in almost all categories, boasting a better processor, a much more complete multimedia system and software adapted to the needs of users.

One of the peculiarities of this Pro model is to adopt Motorola’s first periscope-style zoom with up to 50X magnification. In addition, the refresh rate of the screen is higher, the battery charge is faster and it has opted to adjust the price to the maximum.

Everything the Motorola Edge 20 Pro offers

The model is one of the thinnest 5G smartphones on the market, at only 7.99mm thick, although it is somewhat thicker and heavier than its little brother. It has three cameras on the back and a fingerprint sensor on the side, not under its OLED panel 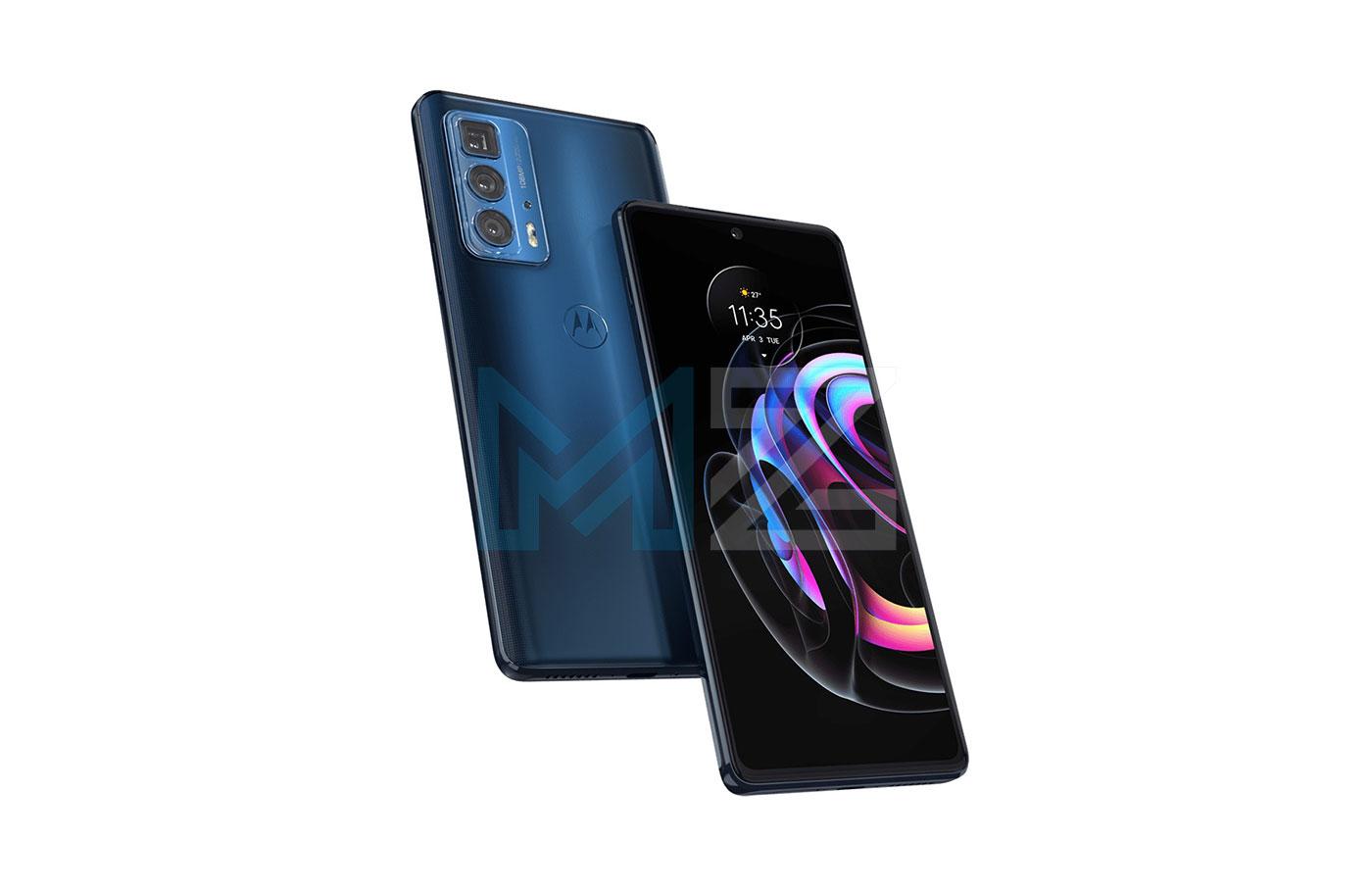 Motorola has always attached paramount importance to the software of its mobiles and here Android 11 , Google’s most current operating system, is powered by the Ready For software platform that extends the capabilities of the smartphone, with the new wireless connection and compatibility. with the PC. Thanks to it, the user can access the applications on his phone and the files on his PC on the same screen by connecting wirelessly.

The operating system also supports gestures exclusive to My UX, the brand’s interface, as well as 20,000 customizations of icon shapes, color schemes, and screen fonts to suit each style. In addition, Power Touch is integrated into the fingerprint sensor on the power key to facilitate the use of shortcuts to applications.

Spotlight on a 6.7 ″ Max Vision panel with OLED technology that offers a clear viewing experience. This display offers 10-bit color, reaching the DCI-P3 color space and meeting HDR10 + standards. This means that users can see more than a billion shades of colors and enjoy content as if they were in a movie theater.

For the first time, a 144Hz refresh rate is offered, the highest refresh rate available in a conventional smartphone, in order to dramatically improve the experience, as it is 60% faster than the first generation Motorola Edge. 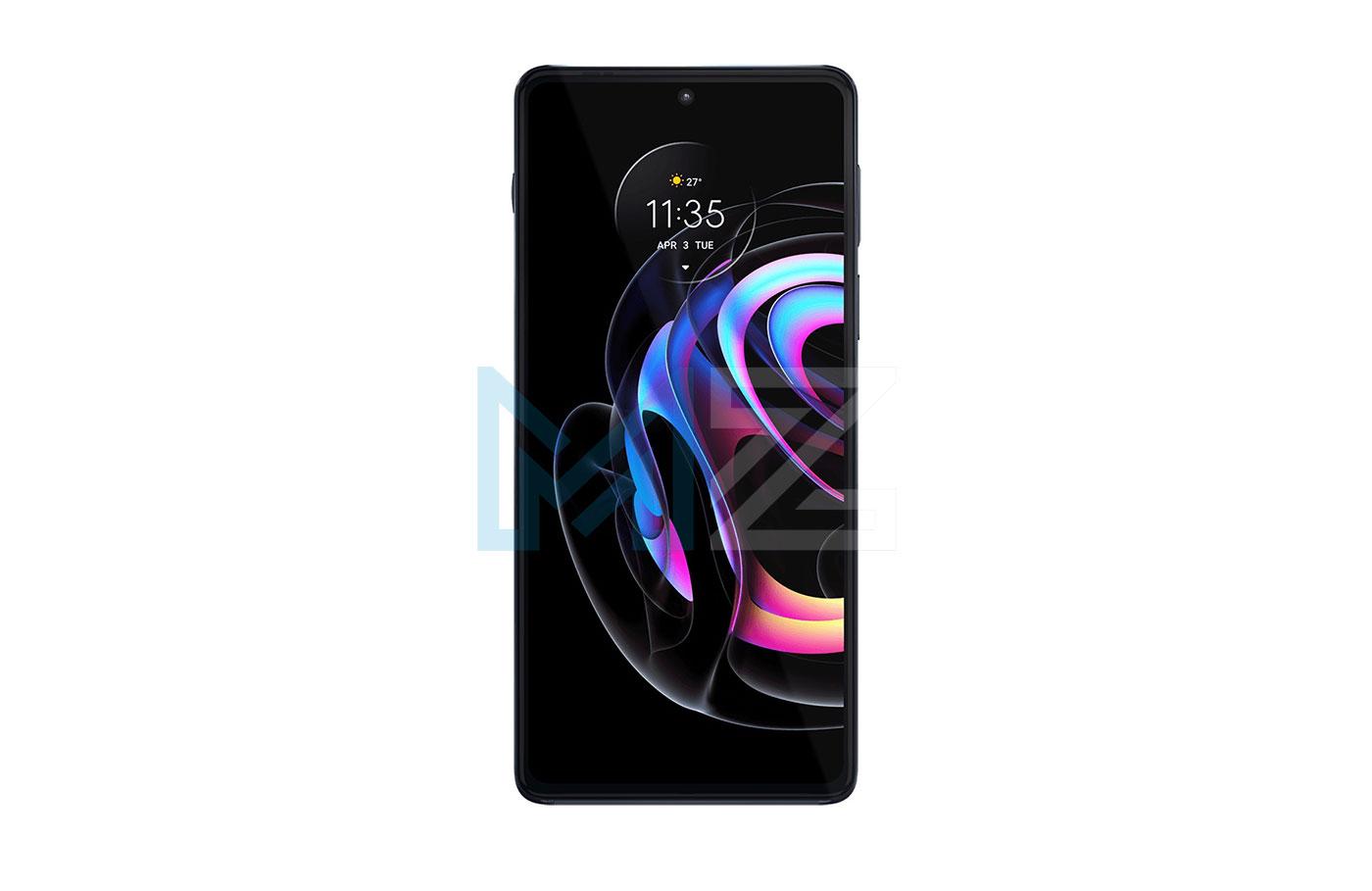 It boasts a 20: 9 display format thanks to housing the front camera in a tiny hole near the top edge and a density of 392 dpi.

Motorola’s phone is compatible with 5G networks thanks to the modem that is in the Qualcomm Snapdragon 870 processor itself that is housed in the guts of the phone, providing all the power that the user needs. With 256GB of built-in storage, the Edge 20 Pro provides the user with as much space as possible for photos, movies, games, and music. And with 12 GB of RAM, there will be no problem of any kind when using several apps at the same time.

Across the entire Motorola Edge 20 family , the company has focused on improving camera quality as users turn to smartphone cameras more than ever. The Edge 20 Pro is the perfect example of this since it mounts the best photographic system in the entire catalog of the firm.

In front of the main rear lens is a new 108 MP main camera that provides exceptional quality. It is one of the largest camera sensors of the manufacturer, with a 1 / 1.5 ″ optical format and with Ultra Pixel technology in which every nine pixels are combined into a large ultra-pixel, which improves sensitivity to light by 9 times and results in better low light performance.

It also offers an ultra-wide-angle lens with built-in Macro Vision, allowing you to capture 4x more of the scene in the frame to capture more of the surroundings and fit more people in each shot. Macro Vision also allows you to get up to 5 times closer to the photographed subject for extreme close-ups, up to 3 cm away. 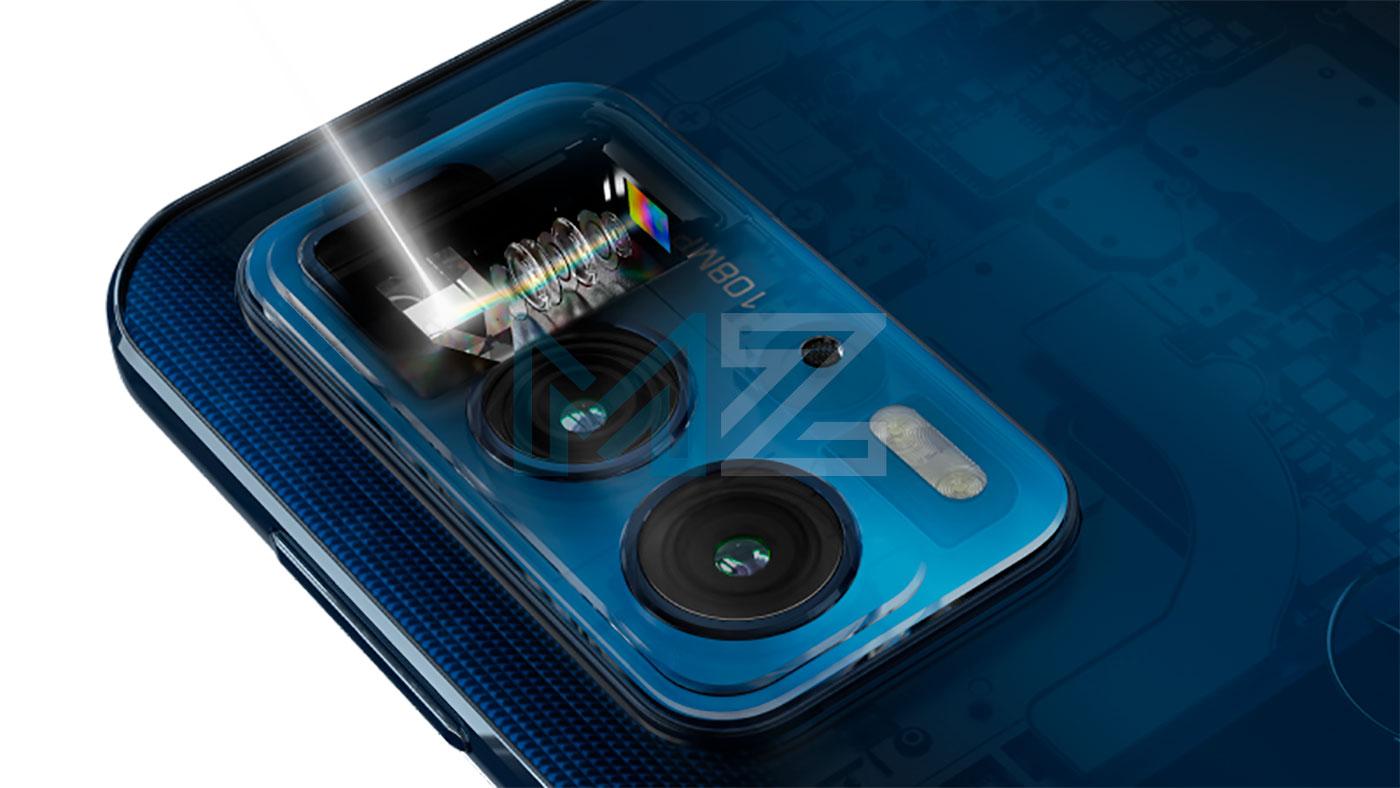 But where the smartphone stands out is its periscope-type telephoto lens that bends the light 90 degrees to obtain clarity greater than 5x away. In addition, the Super Zoom 50x allows you to capture details from incredible distances.

And as a video feature, the new Motorola can record in incredible 8K resolution , a first for a brand’s smartphone.

The front camera, meanwhile, has a 32 MP sensor hidden in the hole in the panel with an f / 2.25 aperture. It has Quad Pixel technology to capture more details of the scene and records video in FullHD.

The brand indicates that this device, thanks to its 4,500 mAh cell and the battery saving technologies implicit in its software, can provide more than 30 hours with 5G active without having to charge it.

And when you need to recharge your smartphone, Motorola’s proprietary TurboPower technology delivers 30W of power to give you 9 hours of power on a 10-minute charge. This also means that you can charge the entire Lal mobile in just 75 minutes. 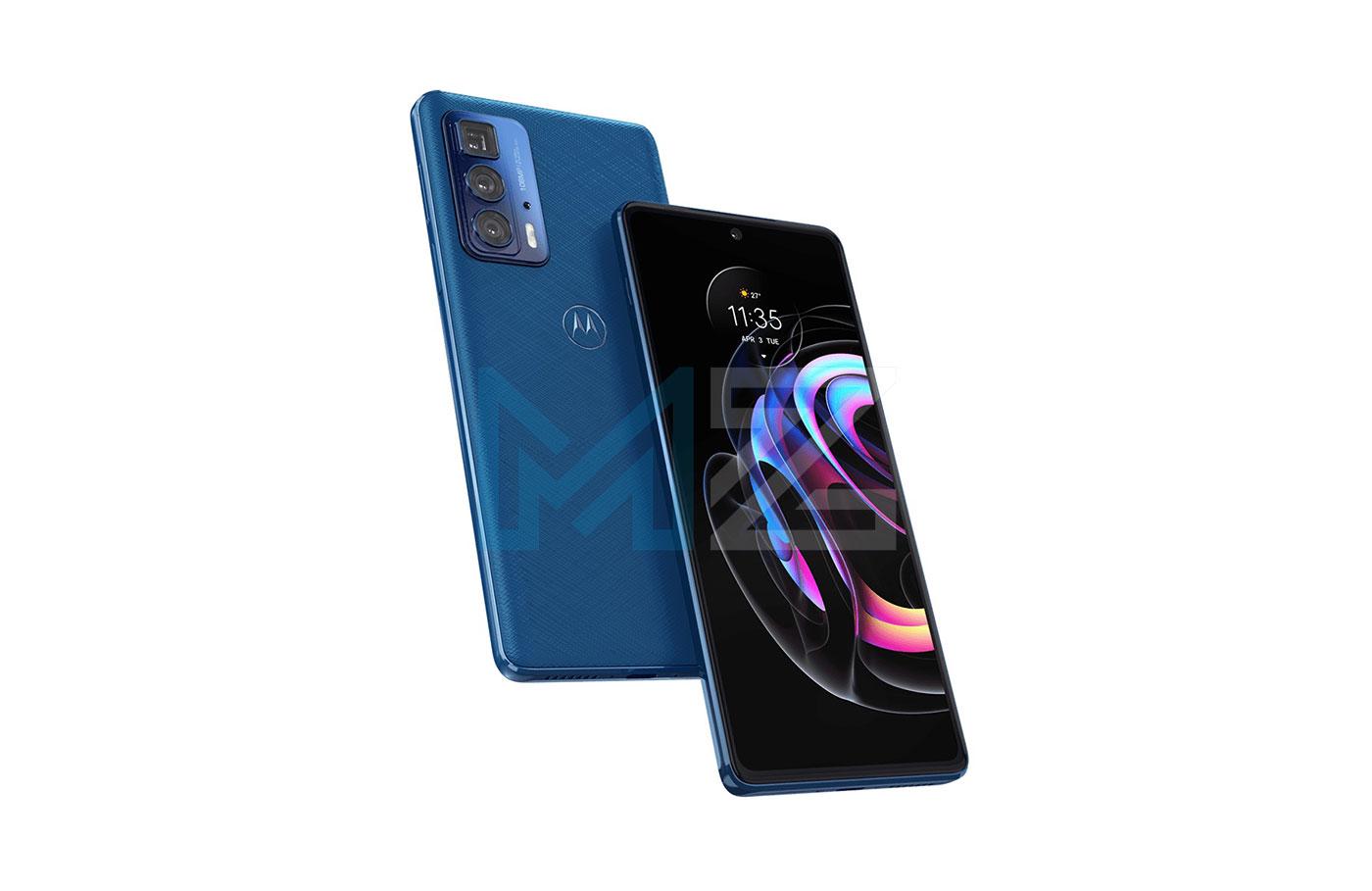 Assuming that the mobile has more battery, it is logical to think that the phone is going to be somewhat heavier and, indeed, it is. Made of vegan leather, this Pro model weighs 18 grams more and has a thickness of 7.99 due to its 4500 mAh battery, 500 more than its little brother.

The second big change is in its processor, since it mounts a Snapdragon 870 much more powerful than the Snapdragon 778 of the Edge 20. In addition, the RAM memory also grows in this model, from 8 to 12 GB of memory.

Another difference is in your camera. All sensors are apparently the same but the telephoto lens of the Motorola Edge 20 Pro allows you to work with a 5X optical zoom, while the cheapest model only reaches 3x.