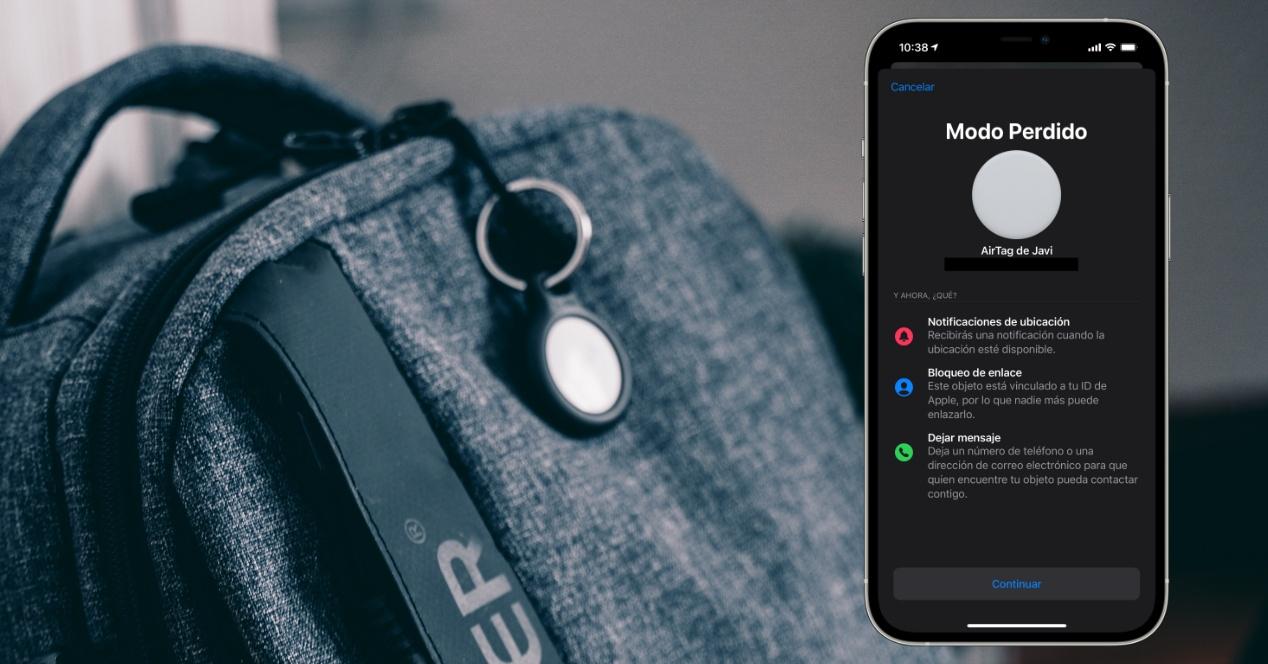 One of the cheapest devices that Apple has are the AirTags, and curiously, this same device can save you a lot of money since they are designed so that you can find those objects that you have lost. But surely you already knew this, now, do you know how you have to act if you lose an AirTag along with those valuable objects? In this post we will tell you everything.

AirTags work when you lose them

Although it may sound strange, AirTags are really useful when you lose them since at the end of the day the function that they come to fulfill for users is to find it, in order to recover the objects that you may have lost and to which you have attached this small device from the Cupertino company. That is the theory, however, we ask you the following question, in case you lose your AirTag, would you know how to recover it? To give you an answer, what we are going to do in this post is tell you everything about how you have to act when this Apple device begins to make sense, that is, when you either have to find your own or when you find yourself with someone else’s.

Set everything correctly to find your AirTag In case your AirTag does not appear in the list of objects in the Search application, what you have to do is re-associate your device with your Apple ID so that, once this is done, then if it appears in the list of objects that you can find it with Apple’s Find app. In this way, in case you lose the object to which you have your AirTag attached, you can use the Search app to find it.

Steps to find the lost AirTag

This is a casuistry that we hope you never have to get to, but after all, if Apple AirTags are of any use, it is to be able to find those objects that you may have lost. To be successful in this search you have to take into account several factors. First of all, what you have to do is make sure that the AirTag is not near you , to do this, again, open the Search application on your iPhone, click on “Objects” and check where your AirTag is. . In case it is near you, what we recommend you do is help yourself with the indications that appear on the iPhone and the sounds that you can make the AirTag emit to find it. In case it is not near you, then you will have to use the lost mode of the AirTag. Here we explain step by step what you have to do. The moment you activate the lost mode, on the screen of your device you will have to answer a series of questions and information that you have to provide in order to be able to successfully search for the AirTag. First, when you activate the lost mode, the instructions for it will appear on the screen, where the Cupertino company explains that once activated, a notification will be sent to you the moment the AirTag manages to connect to a GPS and in this way determine its location. The link will also be blocked so that no other user can associate your AirTag with their Apple ID and thus make it theirs. In addition, you will be able to indicate what your phone number is first, and later a message so that, if a user finds your AirTag, they will have a means to contact you. To finish this process, you just have to click on the “Activate” button, located at the top right of the screen.

What if you find a lost AirTag?

Obviously, in the same way that you can give your AirTag as lost, the same can be done by other users if they have lost it and need to find it. For this reason, it is also very important that you know what steps you have to follow to help other people find their AirTag and, above all, the object to which this device is anchored.

Check that they are not following you

The first thing you have to do is check that the AirTag you have found is not there to follow you. To avoid this type of practice, what Apple has done is that your iPhone, as soon as it detects that you have an AirTag with you that does not belong to you, it will send you a notification , it will even be the AirTag itself that emits a sound indicating that said device is you are moving next to a user who does not own it.

However, if at no time you have received this notification and you have not heard any sound either, once you have the AirTag accessible, what you have to do is bring it directly to your iPhone or smartphone and through NFC technology you will be able to view the information on the screen. said AirTag. If it has not been lost, the serial number of the device will appear as well as other information related to it.

Last but not least, we want to tell you what to do if you find an AirTag that has been declared lost. Regardless of whether your mobile device is an iPhone or an Android smartphone, as soon as you bring the AirTag closer to your device, if it has NFC technology, a notification will appear, click on it to access the website where you will have all the information related to said AirTag , mainly the telephone number to contact its owner and the message that the user has written when activating the lost mode in the AirTag. In this way you can return both the AirTag and the object to which it was anchored to its owner .