Hard drives have been around for many years, and advances in their technology are making the forecast is that many more will follow, at least until SSDs are able to match both their maximum capacity and their price per GB capacity ratio. In any case, as a hardware element and especially as one that has moving parts, hard drives are not without problems ; In this article we are going to discuss one of the most common: what can you do if your hard drive has bad sectors and starts to malfunction ?

There are several symptoms that you can start to suffer on your PC when your hard drive has bad sectors: from extreme slowness when processing files stored on the hard drive to strange noises in the drive, through crashes and file corruption. If you start to notice any of these symptoms, it is possible that your hard drive is starting to die from too many bad sectors, but don’t worry because there is still a chance to repair them to bring the drive back to relative normality.

What are bad sectors and why do they occur? 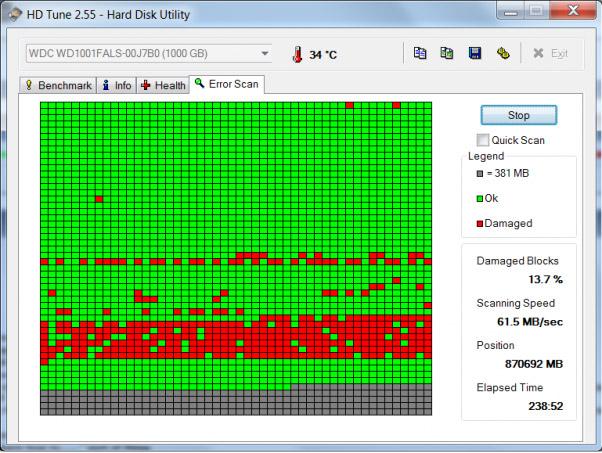 Internally and in order to better manage information, mechanical hard drives group the information they hold in sectors made up of a certain number of bits. These sectors are created so that, we repeat that internally, a kind of map or index can be created so that the disk knows where each bit of information is housed and is able to send the moving head to the appropriate sector to be able to read or write the information .

When you try to read or write to a sector and, for whatever reason, the head is not capable of it, the drive reports it as faulty and discards it (this means that the next few times it will not even try to read or write to that sector ). There are two types of bad sectors and the causes that produce them are multiple, but we will try to explain it in the simplest way possible:

How to tell if your hard drive has bad sectors 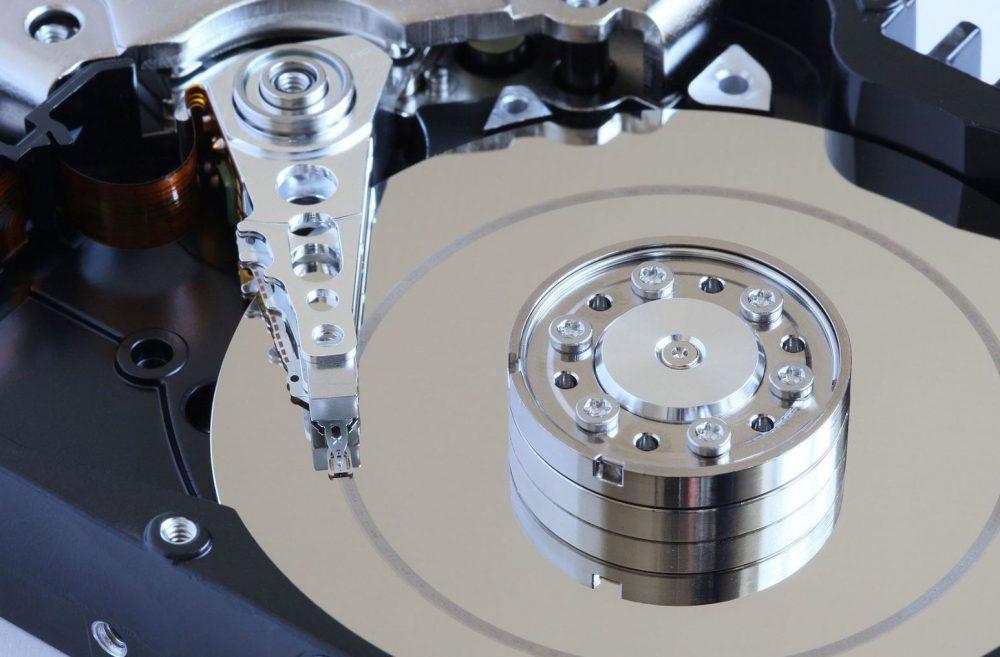 In the image that we have placed above these lines you can see the inside of a hard disk that has suffered a “head crash”, and in which it is clearly seen that the head has completely damaged the surface of the platter, rendering it practically unusable. If this is your case, you will notice that the hard disk makes a series of strange noises, such as scratching or scraping, and obviously it is not working correctly.

To find out if your hard drive has bad sectors, the best thing you can do is use the tools that Windows contains for it, since they are simple to use and really very effective. We are talking about the CHKDSK utility that we have already talked about on previous occasions, a tool that is precisely designed to detect and repair almost any type of problem that you may have in your storage units (not only hard drives but also SSDs or even drives USB flash).

To do this, right-click on the Start button and select the “Command Prompt (administrator)” option. In the window that opens, you must execute (type and then press ENTER) the following command:

chkdsk x: / F ( where x is the drive letter assigned to the hard disk; you can check its letter by simply entering “This computer” in Windows).

If you are executing the command directly from Windows you will see a screen similar to the one above, in which the operating system tells us that the unit is in use and that it cannot be analyzed, urging us to unmount the volume (something that only It will appear in the case that the hard disk to analyze is not where you have the operating system installed) or if you restart the computer and that CHKDSK runs automatically on the next boot. Either way, hit the Y on your keyboard and then ENTER to accept.

The process consists of three phases, in which the system will first analyze the drive and then try to repair any errors it finds (the third phase is simply verification). The process can take a long time depending on the capacity of your hard drive and the number of errors it finds, but if the errors are fixable, this tool will take care of everything and you will not have to do anything.

Another way to check if your hard drive has bad sectors is also built into Windows. Go to “This computer”, right-click on the problem drive and click on “Properties”. There go to the Tools tab and you will see something like this: 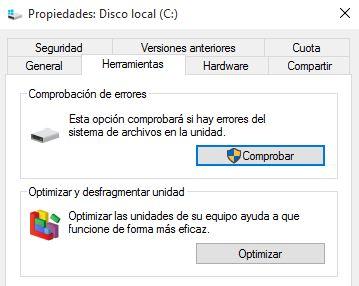 Click on the Check button, and the system will analyze the hard drive for problems, errors and bad sectors. In the event that it encounters a problem, the software itself will suggest that you try to repair it automatically without you having to do anything else.

Can bad sectors on hard drive be repaired? 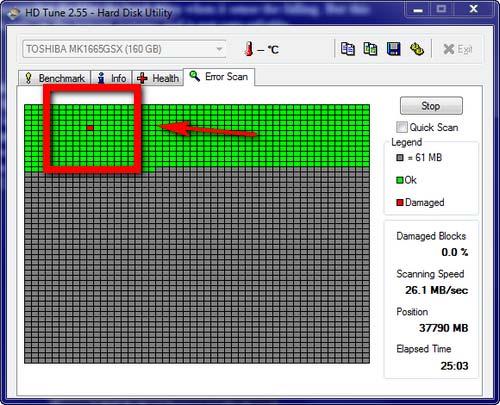 As we have mentioned, both with CHKDSK and the Windows Check tool you can detect and try to repair bad sectors on your hard drive, but none of these tools is completely infallible (and the problem may not be repaired if the damage is physical , as we told you at the beginning) so the hard drive may not be in good condition despite everything.

If the problems are not physical but logical and the previous tools have not been able to solve the problem, another more direct method is to perform a low-level format of the drive, a process that will remove all the information it contains (so make a copy of data safety first) because it literally resets all the bits on the hard drive one by one, including the sector assignment and index.

This is a pretty radical way to repair a hard drive with bad sectors, but if the bad sector problems are not fixable they will be skipped in the new sector assignment and therefore you can continue to use the hard drive after the process. Of course, if the amount of bad sectors on the disk is large enough, you will see that its maximum capacity will have been reduced since, literally, it will have fewer usable sectors.