The fact of carrying a dictionary of a language other than yours always on top to understand a word is something that is no longer common. Over the years we have used online translators, the most important being Google Translate and Apple Translate. In this article we analyze all their differences and similarities.

When entering a service or an application, the first thing that is sought is that it be aesthetically attractive. The interface is essential to make it comfortable to use anything and in this case Apple Translate is undoubtedly much better in terms of interface and simplicity. As soon as you enter, we have both translation boxes in a very visible way with the language selection at the top. Once translated, it can be easily copied or reproduced in voice. 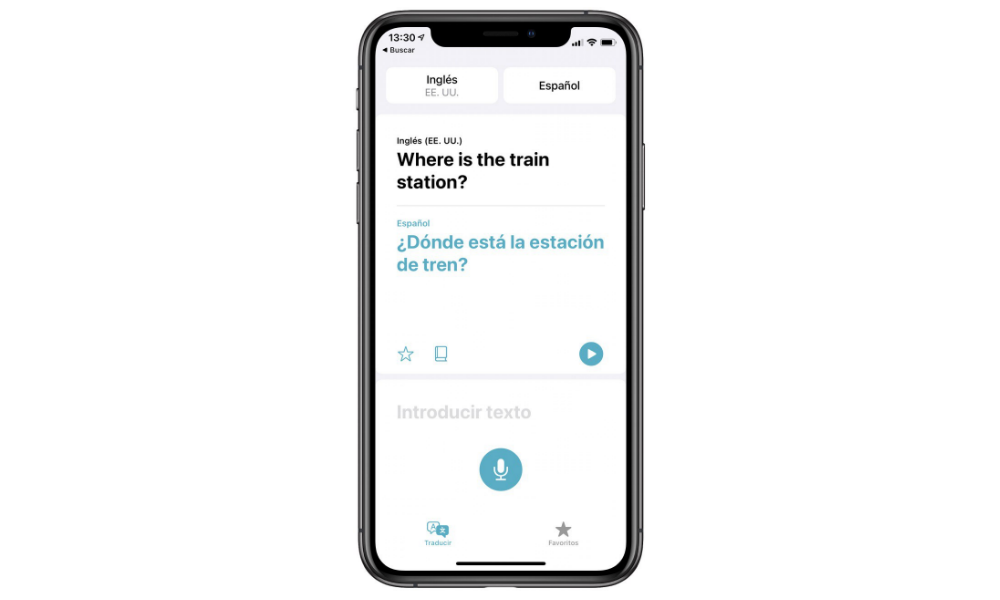 Who translates better in text?

One of the basic functions that both translators obviously have is to translate plain text. In both cases, the main languages to be translated are available, although it is true that Google Translate is much advanced in this regard, having a larger catalog available although it is used to a lesser extent. What is really interesting is that you no longer need to have the internet constantly to carry out a translation. Both offer the possibility of downloading the languages to always have the ones you use the most available, such as English or French. 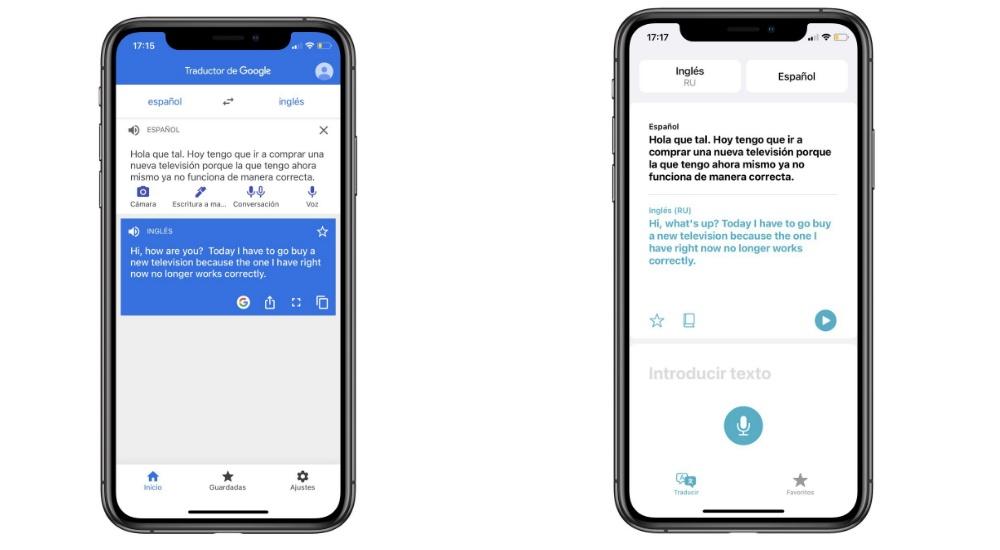 If we get into the subject we can observe when translating a text that they behave in a very similar way although we see how it changes in some expressions such as in this case the ‘how are you’ that is translated in a totally different way. Although in both applications it means exactly the same thing, one is more formal while the other is more informal. This is where the biggest differences you will find will be, in expressions, something that we will discuss at the end of this article.

When traveling abroad or wanting to interact with someone who is not a national, communication can obviously be a problem because of having a different language. This used to be a problem but now it is no longer so thanks to the conversation modes that are integrated in both Apple Translate and Google Translate. Its operation is quite simple since when you activate it, you simply have to speak into the microphone to translate it into the other language and you can automatically pronounce the answer to be translated. This is something that can greatly facilitate the conversation between two people, although it is a reality that in none of the services is it too fluent, so the conversation is made in fits and starts. 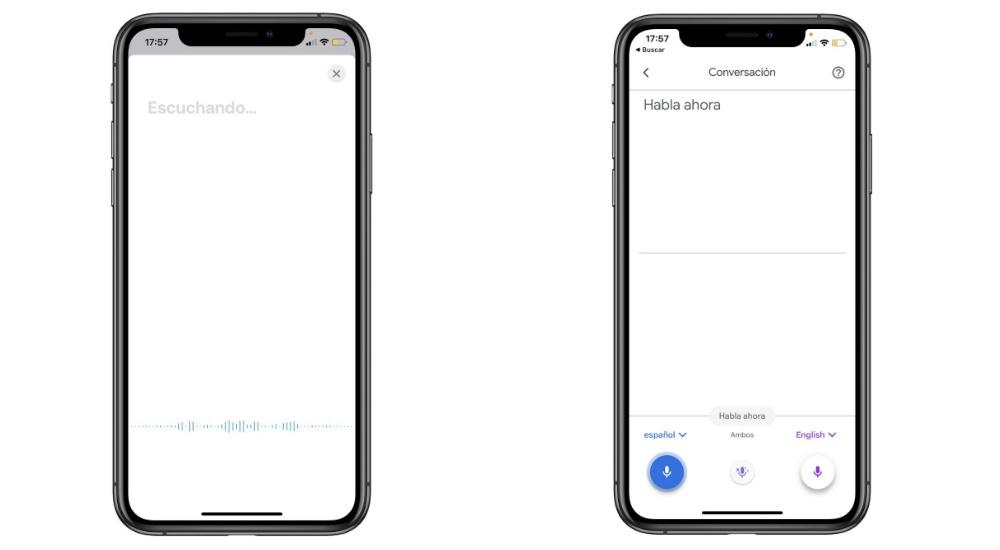 This is quite typical because obviously the system has to translate and deliver the message of what you have said. That is why it will never be the same as having a conversation with another person without any type of device in between. But the reality is that both artificial intelligences work in a very correct way.

Translate a menu, the advantage of Google Translate

One of the great advantages that the Google Translate application has over the Apple alternative is undoubtedly the option to translate with the camera. By simply pointing the camera at a poster or restaurant menu, you will see how the translation overlaps. This is something really useful when you are going to do some kind of trip and it is not in the Apple application, limiting itself only to integrating a conversation mode and a traditional plain text translation mode as we have commented. 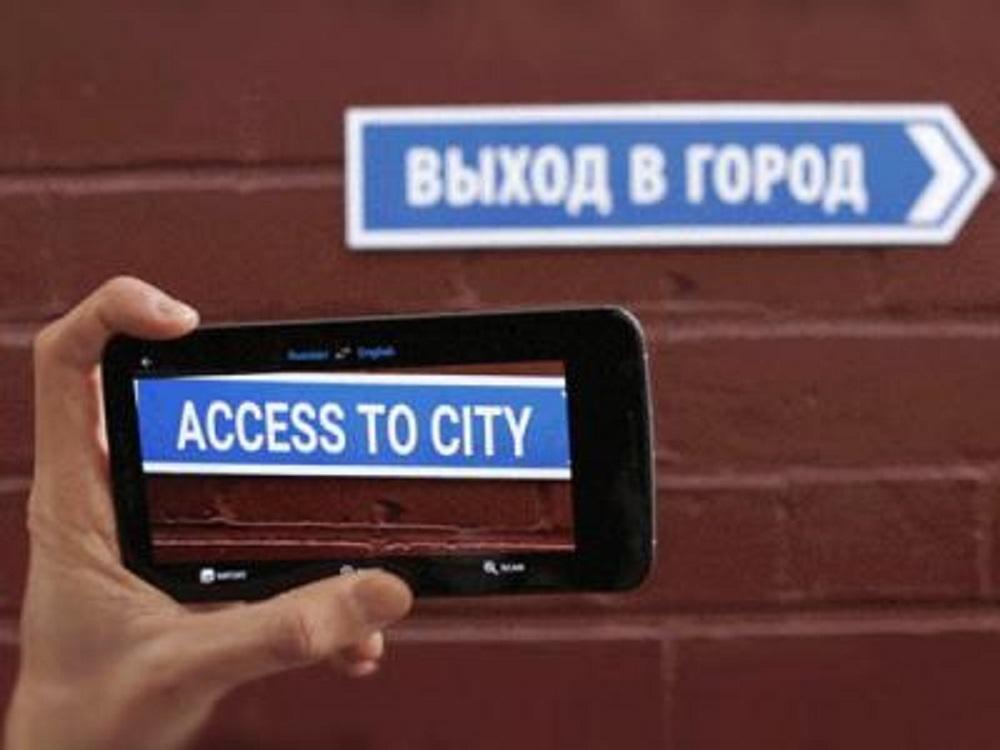 The advantage of translating documents

Something that can be very interesting without a doubt is translating documents. Obviously, as we will comment below, a translation very faithful to reality is never achieved, but it can give an interpretation of what may be written in another language. This unfortunately is not available in either of the two applications for iPhone or iPad but Google Translate in its web version does include it. At the moment the only thing that can be done in these services is to make a copy and paste of the content of a document so that it can be translated. This is certainly a problem and a lack for these important translation services.

No translator is 100% reliable

It should be noted that none of these translators, neither Google’s nor Apple’s, is 100% reliable. Translation is something that is actually very complex to do and that a machine can hardly do in a perfect way. We must bear in mind that these two services from Google and Apple can only act as an aid when solving a question with a simple word or phrase. But both when you want to translate something like a simple phrase made from English to Spanish, or vice versa, can result in something extremely strange. This is because the translator always tries to translate literally without understanding the clear context from which they are speaking. This is something that at the moment can only be achieved through human translators.

But as we say, although this is a ‘problem’ to always take into account, the operation of both translators in a ‘home’ environment is very good, although when you want to translate official or complex documents you have to use other resources.