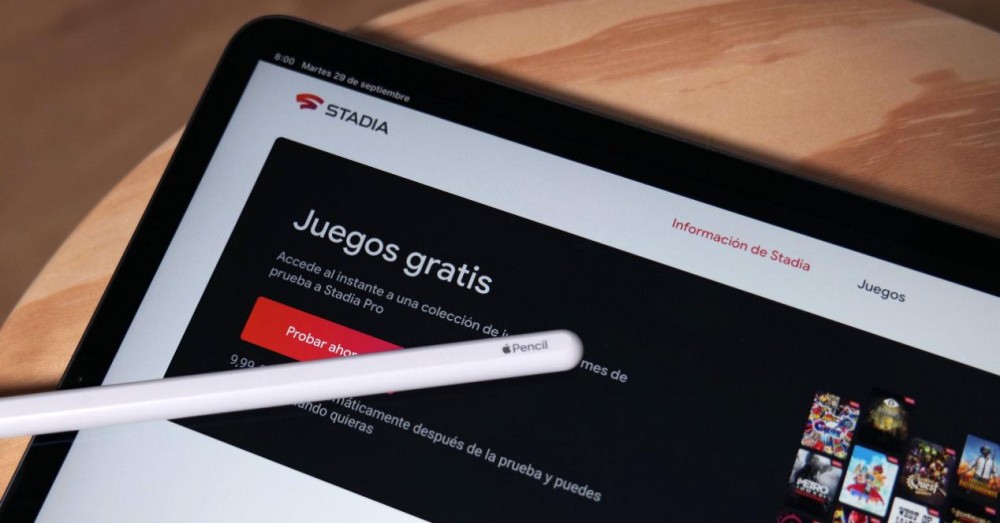 It’s over, it has cost, but in the end Google Stadia on iOS and iPadOS devices leaves the testing or beta phase. From now on, the new version of Google’s streaming game service will be the final one and will allow you to enjoy some interesting new features such as the possibility of adjusting the resolution depending on the device where it is running.

The path from Google Stadia to the Apple iPhone and iPad has not been easy, although it has not been great for any of the companies that have wanted to bring this game option via streaming to the devices of the Cupertino company.

And it is that as much as it could have been an interesting source of income, because streaming gaming is already present and future in the world of video games, the company insisted on not allowing a native application in its App Store. So we had to find other ways to reach the millions of users who use an iPad or iPhone.

That solution could be said that Amazon gave it with Luna, a cloud gaming platform that from the first moment opted to run through the browser that the iPhone and iPad include by default: Safari. Thanks to that, the rest of the players like Microsoft with iCloud, Google with Stadia and even Nvidia with GeForce Now could see light at the end of the tunnel.

Well, in December 2020 we learned that Google Stadia could run on the iPhone and iPad through Safari and now that this phase in testing or beta is over . From now on, the version available when accessing the service through a web app is the final one and even the novelty of being able to choose the resolution in an optimized way for the device where it is running.

So the time has come for you not to think for a single moment if you should try it or not, do it because you are still surprised by its operation and you find the ideal option to enjoy titles that you could only play natively through a Windows PC or a game console type Play Station or Xbox.

Options to enjoy Google Stadia on the iPhone or iPad

As you well know, to be able to enjoy Google Stadia on the iPhone and iPad, all you have to do is add the web application to your home screen. How to do this is very simple:

For the control of Google Stadia on both iPhone and iPad, although the Google controller is compatible, the best option is undoubtedly to opt for the PS4 or Xbox One. Both connect via Bluetooth easily and provide a great experience with both the service like other games available through other platforms such as Apple Arcade inclusive.