If there is a phone that was expected this year it was the new installment of the model with a folding screen from Samsung. We have already tested it and we will tell you what you can expect in the performance section if you decide to buy the Samsung Galaxy Z Fold3 5G , which includes the most complete hardware.

The components that you will find in the phone we are talking about have undergone a corresponding evolution with respect to the previous generation of this product range. And a clear example of what we say is that the processor is a Snapdragon 888 . Contrary to what happens with the Galaxy S range, this is the SoC that you will find anywhere in the world, so there is no model with an Exynos chip. Therefore, we are talking about state-of-the-art hardware, even the RAM is excellent, since it reaches 12 GB , an especially remarkable amount and that is not a bad idea at all considering the dimensions of its large screen. Other options that must be taken into account of the Samsung Galaxy Z Fold3 5G is that the storage reaches up to 512 GB (there is a version of 256), this type being UFS 3.1 to always ensure the best data transfer rate both in reading and in writing. The truth is that this is the minimum that can be expected for a computer that has a price that exceeds 1,000 euros and that does not lack anything, since for example the fingerprint reader is located in the power button and offers really good performance … especially in the speed with which it does its work.

The Galaxy Z Fold3 5G works fine, but there are exceptions

Although one might think the opposite, the performance offered by this phone regardless of using the small screen that is on the outside when closed or the complete one that shows when it is open, does not show great differences in the fluidity that is achieved, as well as a quite remarkable user experience. But, on the contrary, it has become clear to us that there is a determining factor when assessing the capacity of the terminal: the time and intensity with which it is used . 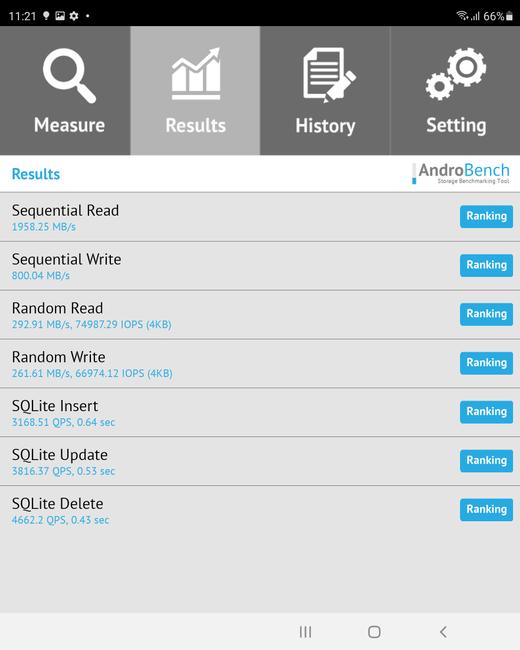 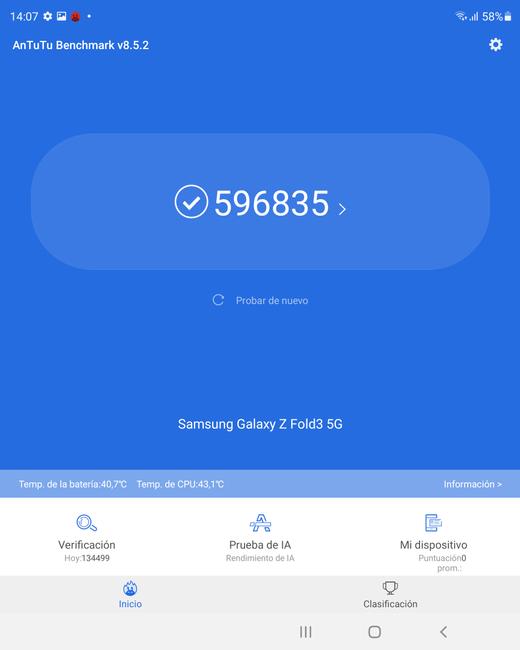 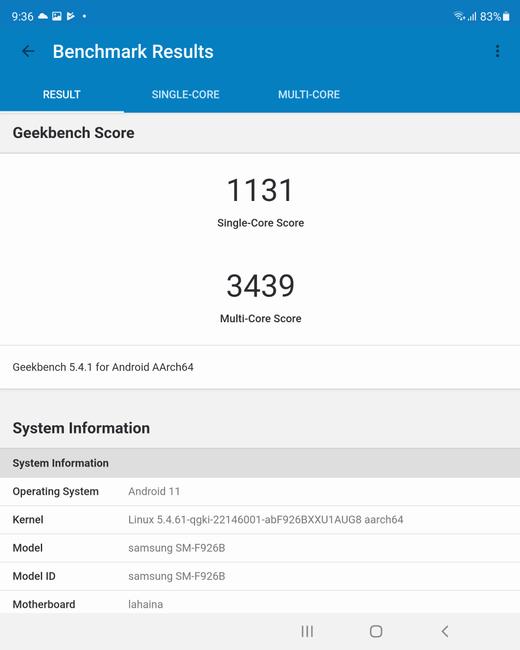 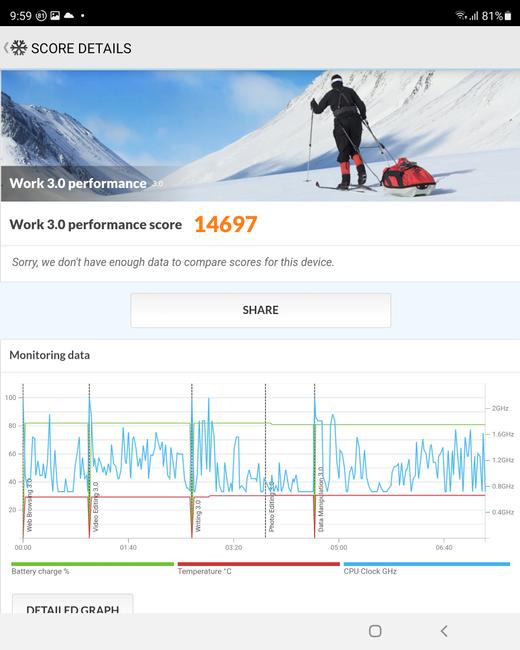 If the use is habitual and it is not demanded in excess, it practically does not matter if you are taking advantage of the Samsung Galaxy Z Fold3 5G for a long time. The operation is excellent and there are some pretty good marks that show that you can with any choice, no matter how demanding it may be. And even the work is multitasking – one of the great benefits of the big screen of the smartphone – it behaves fantastic. Without being the most powerful that you will find in the market, it does more than meet any need you may have.

Temperature, the workhorse of this phone

This is the reason why we said before that there is a second assessment in the performance section. When running applications that demand a high intensity in the operation of the processor. If the heat gradually increases, this affects performance (although not dramatically). It is clearly appreciated that when an increase in temperature is detected, the power of the Snapdragon 888 is lowered, something that makes all the sense in the world to maintain good stability of the phone.

How much is lost? What we have verified happens is not something exact, and in no case will you have the feeling of having a mid-range phone in your hands. This is not like this. But it is noticeable that the fluidity is not as good as when the device reaches high heat. So this is something to keep in mind. 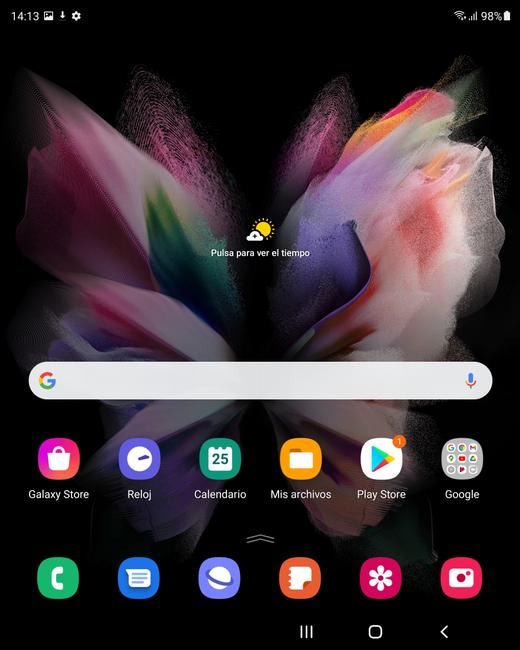 And what are the reasons for this to happen? Well, the inclusion of top-of-the-line hardware that works intensively when required and that is in a device that is barely seven millimeters thick… which leaves very little room for frills . In addition, there are duplicate elements that also generate heat, for example on the screen or the battery, so maintaining a control like that of a traditional device is complex (and it is not badly solved by the Korean company).

It must be said that the aforementioned also happens with this type of application, which in many cases is usually one of the most demanding that run on mobile devices. In the tests that we have carried out, the basic operation is really good and practically any title that comes to your mind to use works excellently both in precision of the graphics and in the speed at which they are created. 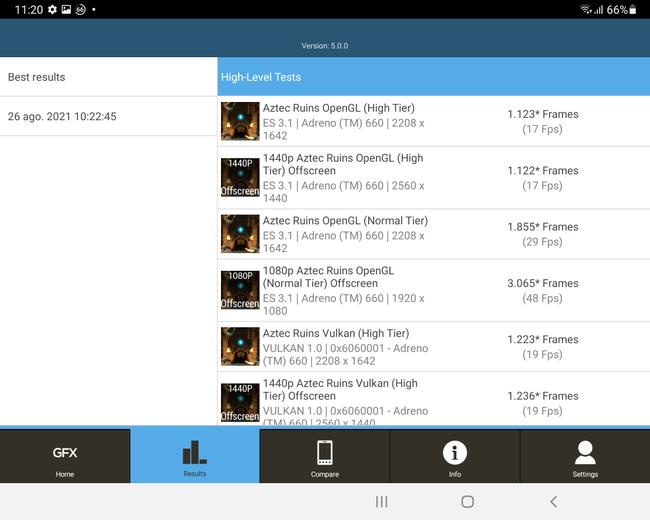 The Adreno 660 GPU is the main culprit for this, but in long game sessions you will notice that little by little the performance of the device decreases … but, again, without reaching a dramatic level or having the feeling of having a lower-end terminal. By the way, the use of the screen in the Samsung Galaxy Z Fold3 5G was very well managed, since the results are similar with both the small and the large one and, with the latter, it should be noted that there is a really positive experience due to to its dimensions … you have the feeling of having more of a console than a smartphone in your hands.

Multitasking, key on this phone

Thanks to the folding screen, this terminal leaves practically anyone that you can find in the market far behind when it comes to running several applications at the same time. This is because one can be used on each side of the screen and, in addition, in this new generation there is an optimization when performing all kinds of actions in a combined way, which gives it a very advanced and differential professional touch. . 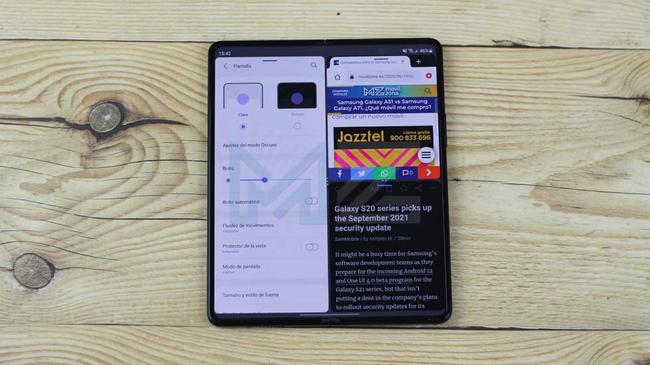 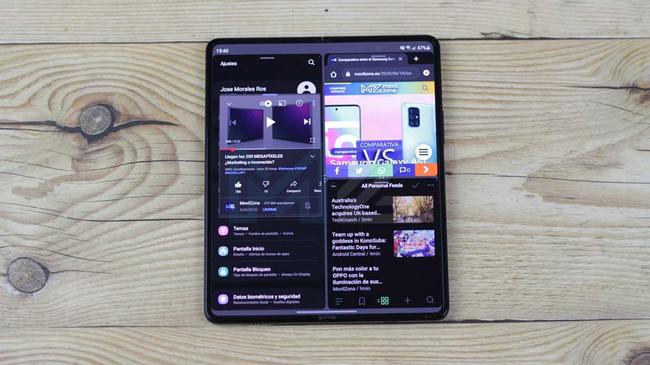 Thanks to the RAM, the excellent work done by the internal storage, you will not detect a lack of capacity when working in multitasking (not multi-window), and we also want to highlight that there are options in the settings that allow you to even establish which are the apps that remain open when you close the terminal and only the front and smaller screen is used. Besides, we really liked the customization of the Android operating system that is included in the Samsung Galaxy Z Fold3 5G, since it works like a charm and fits like a glove on the big screen. 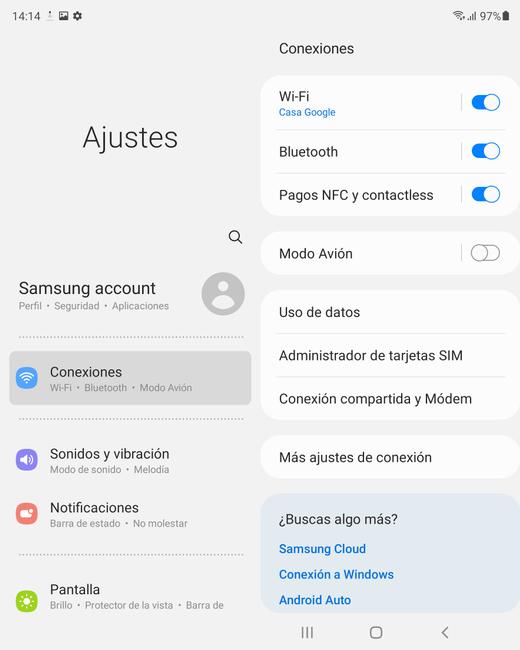 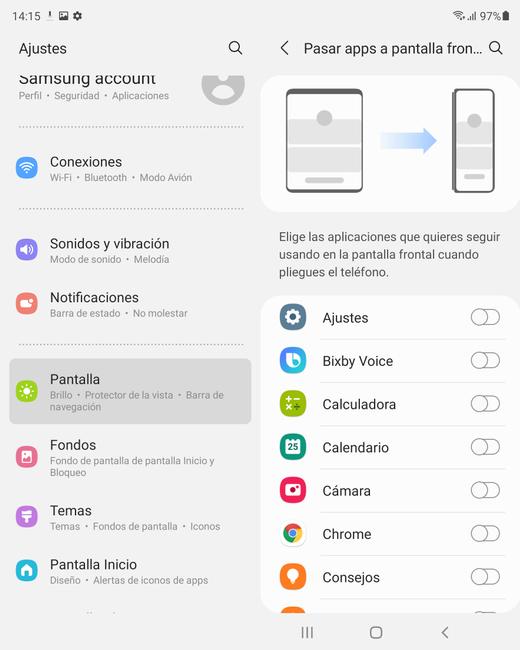 We were expecting high-end performance when using this phone, and this is exactly what the device offers. It is true that temperature management is complicated as we have seen, and that this affects the operation of the device to some extent so as not to endanger the stability of the operating system and the hardware itself.

Without problems in everything that has to do with connectivity, the WiFi goes like a shot and the access to 5G networks works perfectly, the use of multitasking remains as differential in this Samsung Galaxy Z Fold3 5G that has been optimized with many more options and above all with a feeling of superior refinement. Therefore, in the performance section, this phone does not disappoint.