The enormous development of technology in recent decades has made it possible for many armies around the world to upgrade their weaponry to the level of high-end technology that could perfectly seem futuristic. From the use of Artificial Intelligence to drones, to robots that fire machine guns on their own. On this occasion, the French Navy will test a laser weapon in order to kill drones that pose a threat.

Drones have many functions on the battlefield: both carry weapons and radars that allow reconnaissance of an area. In fact, there are many types of drones. Also, many times these small aircraft are used in large groups called swarms. Therefore, these ships pose a threat to many territories , so it is important to create a defense system against them.

The weapons of the future are here

The French Navy is going to test a new laser weapon with the help of a company. This would be able to find drones that are flying thanks to a series of sensors that it has in its structure and would have a power of up to two kilowatts. 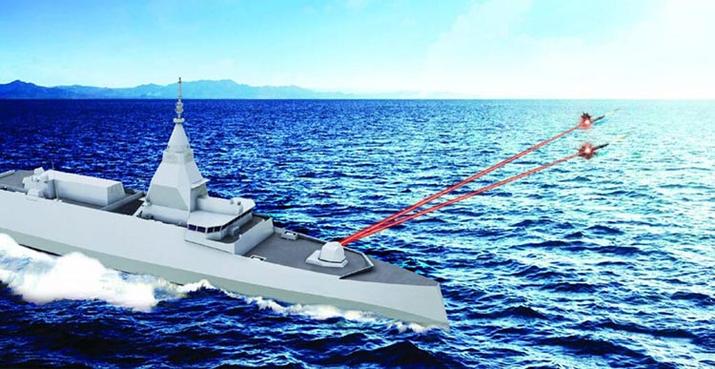 Although today other weapons systems that work automatically, this will be controlled by one person. Its sight and fire system is similar to that of any combat aircraft. You can aim at the target and then fire up.

It took about two years to finish making this weapon and various trials began last year at a testing center in France.

All tests, a total success

Almost 40 drones were destroyed with total precision, showing that the system is well optimized to function. It has a range of up to one kilometer , something that, as the company assures, exceeds by three or four all the anti-drone weapons that exist today.

The last test was carried out 20 days ago before the eyes of the Minister of the Armed Forces of France. This test was done under heavy rain and a very cloudy day, and even in these conditions it was a success. It was a perfect and very promising test for the future.

The minister has also ensured that the smaller the weapon will be much better because that will help make it easier to complement it. He has also ensured that at the beginning of next year it will be tested on French ships. In other words, tests will be carried out on the high seas , it is not a closed territory.

In fact, France does not want to be left alone with the destruction of drones and would also want to test against enemy antennas or vessels.