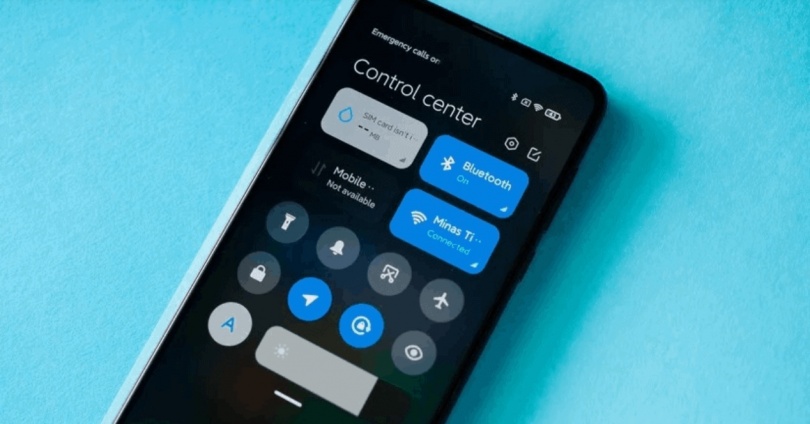 Since Xiaomi made official the launch for all its devices of MIUI 12 , the customization layer of the Chinese brand, the complaints of users have not ceased due to various problems, bugs and errors that have affected their phones after their installation. As a consequence, this has reached social networks and forums full of bad opinions about MIUI 12, which has led the Chinese brand to take action. The first of them has been to disable the control center in many devices, something that has even more unsettled consumers who own a Xiaomi.

Given the continuous complaints from users, the developers and the Xiaomi team have decided to remove some of the advanced options that MIUI 12 included. With this sudden decision, consumers have found that several functions have been removed, such as the disappearance of the floating windows or in this case, the control center. The first devices to experience it have been the Redmi Note 9, Redmi 9, Redmi 9A and Redmi 9C, although later it may affect other models of the brand.

What is the control center

MIUI 12 incorporated a lot of new options and tools for its Xiaomi devices, including a renewed control center. This function is found in the status bar or shortcut panel, as it happens in the rest of mobiles. If you have it activated, you will be able to find a totally new design compared to the previous version, and that also includes many useful functionalities to better adapt to our device.

As the main novelty, MIUI 12 has divided the notification panel and the access panel to access both more comfortably, an aspect quite similar to iOS 13 , Apple‘s operating system. To activate the notification panel in MIUI 12, now we must slide the top bar from the left , and to activate the access panel, we must follow the same process but this time we will do it from the right side.

Causes why it is not installed As we said, the new MIUI 12 control center draws a lot of attention for its design, but its accessibility is not the best of all. That is why many users complained about this change in access to notifications and quick functions, since in MIUI 11 both modes were accessed in the same way from any side of the screen. Given the constant complaints from users in forums and social networks, the Chinese company decided to disable it so as not to create more problems. In fact, they claimed that with the next update, MIUI 12.5, they will solve this problem.

Tools to recover it on Xiaomi mobiles

Do not worry, because even if the control center has disappeared from your Xiaomi mobile, you can have it again. In fact, there are two methods to get it back. On the one hand, we can do it from the settings of our device, and on the other hand through two applications that we will tell you later, although in this case you have to follow some advanced steps to reactivate it.

How to enable the new control center from settings

This way is the simplest, and will allow you to activate or deactivate it to your liking whenever you want. If you decide to deactivate it, the control center will revert to its previous version, with the same appearance it had in MIUI 11. To do this, you must follow the following steps:

Some models may not follow the same route. In that case, you can access it very easily, by typing “control center” in the search bar of your Xiaomi settings.

Activate it through an app

The following method is a bit more elaborate than the previous one. The control center is still present within Xiaomi’s internal code, and if we want to recover it we have to follow the following steps. First of all, we must download the SetEdit application. Before proceeding with its installation we must take something into account. In the description of the application on Google Play, it alerts us that if a problem arises that affects the normal operation of our device, they will not be responsible for it in any case. Once we have installed the application, we will be shown a lot of different options on the main screen. We must look for a tab that has the name “ use_control_panel” . Once there, it will show us three different options. We will choose the second option, which comes with the name ” edit value “. Next, we will get the option to write text. Here we will write number 1, which will allow us to activate the MIUI 12 control center. However, at this time we can find problems and errors with this functionality, since according to Xiaomi it has been deactivated to solve problems.

Install the MIUI 12 control center on mobiles from other brands Finally, there is an application that allows us to adapt the MIUI 12 control center to mobiles from other manufacturers. It is My Control Center , and it is an app that despite having been on Google Play for a short time, has achieved great popularity. Through it you can transfer the control center to any device, as long as it is compatible with its version of Android (5.0 onwards).

With Mi Control Center we can customize our device beyond the options that Xiaomi offers us. Among all the possibilities that the application offers us, we can modify the appearance of the icons, from the color combinations to their size or shape. In addition, we can also choose between two different modes to display the control center: unify the notification panel and the quick access panel as in MIUI 12 or separate both tabs to access it in a more comfortable way.