The Parliament of the European Union has rejected the controversial provision that proposed to limit the use of cryptocurrencies based on PoW (proof of work) due to their environmental impact. As a result of this decision, this rule will be left out of the proposed draft “Markets in Crypto Assets”, better known as the MiCA, a broad legislative package to regulate digital currencies in Europe.

The rejected provision sought to limit the use of energy-intensive computer-driven cryptocurrencies in the 27 EU member states. It is a proposal that received a strong reaction from the defenders of cryptocurrencies around the world and that was rejected yesterday after obtaining 34 votes against and 24 in favor, according to Patrick Hansen, strategy leader of the DeFi project, Unstoppable Finance, via Twitter. As reported by DiarioBitcoin , the provision stated that all cryptocurrencies would be “subject to minimum standards of environmental sustainability with respect to their consensus mechanism used to validate transactions, before being issued, offered or admitted to trading in the EU”.

At the same time, it also proposed a phase-out plan regarding cryptocurrency mining to use other methods that use less energy. This regulation would have limited, and possibly prohibited, the use of Bitcoin and Ethereum. The second largest cryptocurrency, Ethereum, is upgrading to switch to a proof-of-work (PoS) mechanism, so the impact would have been less in their case.

BREAKING: The ECON committee of the EU Parliament just voted against the de-facto POW-ban: 32 against, 24 in favor.

Will share a breakdown of the vote and what’s next here in this thread. #bitcoin

A discussion that is not over yet

The rejected proposal received criticism from the cryptocurrency community due to the devastating impact on the Bitcoin ecosystem. As CoinDesk notes, “a slim majority of the economic committee voted in favor of a compromise that urges the European Commission, the executive arm of the EU responsible for proposing new legislation, to offer alternative regulation”:

“No later than 1 January 2025, the Commission shall submit to the European Parliament and to the Council, as appropriate, a legislative proposal to amend Regulation (EU) 2020/852, in accordance with Article 10 of said Regulation, with a view to to include in the EU Sustainable Finance Taxonomy any crypto-asset mining activity that contributes substantially to climate change mitigation and adaptation.” 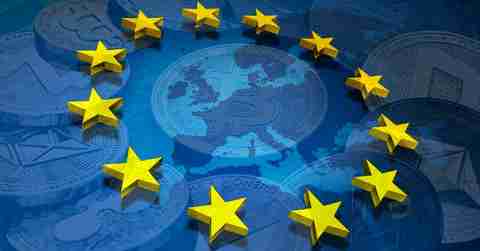 Control of cryptocurrencies in Europe

As the draft MiCA stands at the moment, the next step is to move to a tripartite negotiating dialogue between the European Commission, the Council and the Parliament. On the other hand, as Hansen warns, the PoW discussion is far from over.

The groups that have lost the vote are in time to oppose an accelerated MiCA procedure through dialogues and take a debate to the full Parliament, explained the leader. “That would bring the discussion around the POW into the high-level political arena. Since we cannot predict how it would develop, it should be avoided. Even if the vote on POW doesn’t change, it would unnecessarily delay the regulation for at least a couple of months ,” Hansen added.

Since last year, European politicians and regulators from the countries of Germany, Sweden, Norway and Spain have been demanding strict measures to curb Bitcoin mining. The activity of mining cryptocurrencies has been highly criticized by some regulators around the world due to the high energy consumption, even in cases where renewable energy is used.