End-to-end encryption allows all traffic from a source to a destination to be fully encrypted and authenticated, so that if someone captures that traffic, they cannot read the information inside. The Internet of Things (IoT) goes through one of its best moments, millions of devices connect to the Internet to communicate with the manufacturer’s servers, and then with us. The data generated by the IoTs is encrypted to a certain extent, as they are transported over the Internet. However, it is essential to keep them protected consistently from beginning to end.

The vulnerabilities of IoT devices exist because they do not have well established data protection protocols. Being honest, there is no solution that suits all cases equally, considering the architecture of the devices, their control platforms, various protocols, etc.

All data generated by a connected device is stored on a bunch of servers that manage them. Anyone who has access to them can view and write them, all according to the permissions and roles they have. It is essential that the Cloud platform ensures the privacy and exclusivity of the data, that is, it must ensure that our information is stored encrypted and that communication with the devices is also.

The years pass and the vulnerabilities in IoT devices are evident, which do not stop their growth. Until now, it is not possible to make the users of the devices feel safe at all times when using them. For example, there were several cases in which botnets formed by infected IoT devices hacked several computers with the aim of mining cryptocurrencies. These types of botnets were also protagonists of different DDoS attacks . The possibilities when it comes to cyber attacks, unfortunately, are endless. 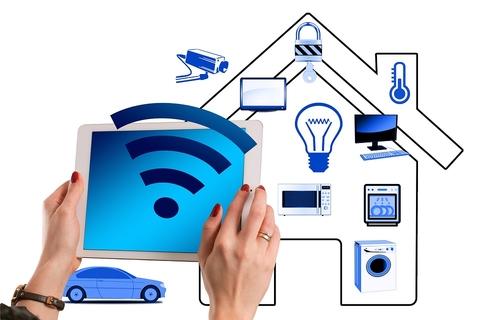 It is defined as a code package that can be included in the manufacturers’ servers. E4 will be responsible for making the encryption process consistent. One of the strengths of E4 is that everything runs in the background, supports many architectures many to one, as many to many, an important detail is that it allows the incorporation of a large number of end devices such as routers, security cameras, and all kinds of IoT devices, to encrypt all traffic from the beginning of the communication to the end.

Although web encryption guarantees the security of data in part of its transmission cycle, this open source project offers a much broader approach and is aimed at covering all data traffic, as far as possible.

The E4 client library has no cost whatsoever to access. You will be able to protect the data with a static key, in order to test its integration with devices with the least possible effort. On the other hand, its dynamic key server allows you to manage the device keys remotely, either manually or automatically. The latter, on-premise or as a managed service with a very accessible subscription cost.

Being open source, we emphasize that any developer can experiment with the code and implement it on their devices, that is, we will be able to adapt it to what we want easily. If there are problems, they will have the ability to find bugs to fix them, or apply improvements.

If the Internet of things wants to reach its full potential in a few years, both the industries and the people involved must strive to ensure that each device has end-to-end encryption. Both in transit, and at the time of being stored on the manufacturers’ own servers. E4, as well as other solutions, are still working to reach the true encryption scenario from start to finish that IoT needs more than ever.