Valve’s Steam Deck includes a frame rate limiter among the console’s graphics options. However, this gives performance issues, especially in competitive games due to the extra latency that is generated. A problem that is not intrinsic to the hardware of the console, but rather to the implementation of its operating system and AMD drivers.

One of the key parameters in any video game system is button-to-photon latency. This consists of the time that occurs from when we press the button until our eyes receive the visual signal and our brain processes it. It is not the same as the frame rate or FPS, since with the latter we measure the amount on the graphics card, it generates a full frame in the RAM used for video. Many games these days have a frame limiter, not to be confused with V-Sync. The concept is none other than to ensure that the GPU does not render more frames. For example, it may be that a game generates a frame rate higher than the refresh rate of the monitor. What good is the game moving at 80 FPS if my monitor can only display 60? By limiting the frames we give the system the opportunity to generate better quality graphics and even apply automatic resolution upload algorithms.

Apparently, Valve’s console has the ability to limit the frame rate at which games are played. This is ideal, in theory, for games with little visual demand, such as esports games. However, a Reddit user has shown that using the Steam Deck’s frame limiter increases latency . That is to say, that the time in which our eyes see the result of our action. This has been done with the Rocket League game and you can see the effects in the following table:

As you can see, the difference is appreciable and since in competitive games it is important that what happens in the action reaches us as quickly as possible, then the situation is very clear. Using the Steam Deck’s frame limiter is not recommended for competitive gaming . Since it can happen that when you are reacting to the action of the game, your avatar has died in the game. 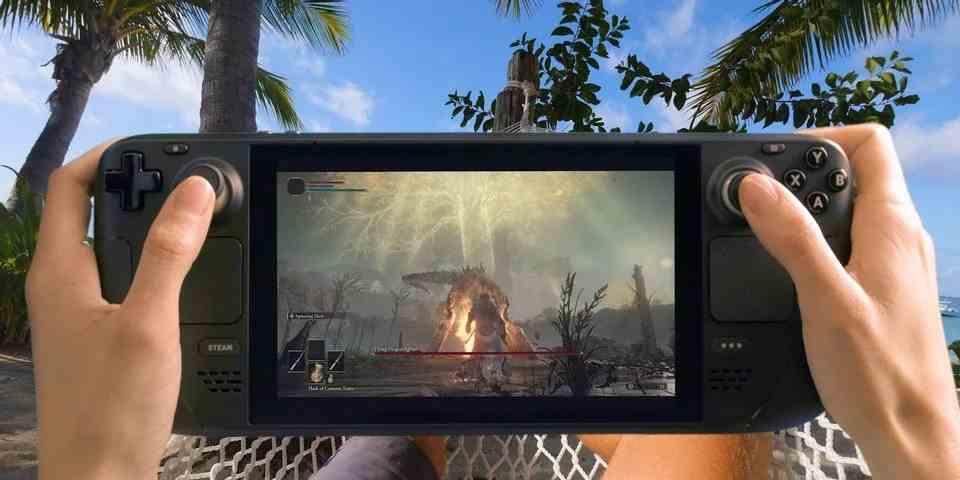 Other titles, on the other hand, are much more permissive in this regard, especially those of a more cinematic nature . Which does not mean that it is something that Valve has to solve in its Steam Deck in the near future. So the recommendation at the moment is to ignore that function within the console options and use the FPS limiter included within each game.

Half the cumulative latency of the Nintendo Switch

However, it’s not all bad news, as the button-to-photon latency process is less than that of the Nintendo Switch . The Nintendo console has accumulated times in the whole process up to 86 ms . The fact that the Steam Deck achieves it in 31.8ms with the frame limiter off is a significant step up from previous handheld systems. Remember that said latency time goes from when we press the button until the pixels of the image appear on the screen.