At the moment in which we are about to enter the exciting world of video game development, we can take several paths. One of the most recommended, especially if we are new to these tasks, is to use a specialized engine, as is the case with RPG Maker.

Here we find ourselves with a powerful tool for the development of video games that puts at our disposal an enormous number of functions and features. It could be considered as one of the competitors of other similar platforms like Unity or CRYENGINE. In these same lines we are going to focus on the solution of this type called RPG Maker. And it is that we must take into consideration that more and more users want to enter this software sector. Therefore, we could consider that this development engine is increasingly adapted to all types of users and improvements based on updates. In fact, we now have the possibility to develop titles that work with native Full HD resolution if we wish. At the same time, we find all kinds of tools, some more advanced than others, in order to adapt to initiates and non-initiates in this type of work for the creation of games. Surely many of you already know that one of the main objectives of this title is for us to create our own role-playing games . This is something that from the outset already lets us glimpse its name.

What are sprites in game development

In addition to everything that RPG Maker offers us, other very important elements come into play here, such as our creativity and patience . In addition to the environments and scenarios that we design here, other objects that we must take into consideration and take great care of are those known as sprites . Perhaps some of you do not really know what we mean by these specific elements.

To give you an idea, sprites are objects that represent a character or object . These are used in the games we develop so that they move independently of the background on the screen. As has happened with video games in general, these are elements that have evolved a lot over time.

At first they were transparent and small to fit the simple games of yesteryear. Obviously over time they have changed their design, shape and size until the arrival of current 3D games.

Programs to create these elements for RPG Maker

Therefore, as you can imagine, the importance of these elements in the development of our own game projects is very important. This is something that can be extended if we use the aforementioned RPG Maker platform.

Well, at this point it is worth mentioning that we have the possibility of creating our own sprites both from the RPG Maker platform itself, and with external programs. It is for all this that we are going to show you some programs that will be very helpful for these sprite creation tasks that we are commenting on. 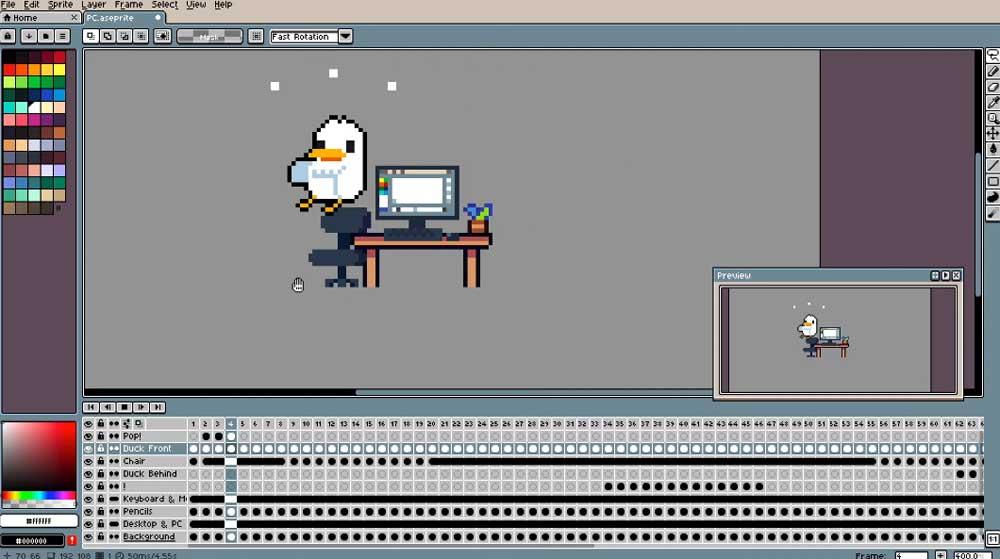