Only a few years ago, when editing our own photos on many occasions we asked a family member or friend with knowledge for help. However, these types of tasks have been greatly simplified in recent times. For all this that we are commenting on, we can use software solutions such as GIMP, a popular program that we will talk about now.

When it comes to the extended industry of photo retouching software, there are many solutions available here. If we have to look for a leader, there is no doubt that this would be Adobe Photoshop. Here we are talking about a solution that may not need an introduction to almost anyone. But we must bear in mind that we find ourselves with payment software that is not accessible to everyone due to its price. Likewise, there are certain users who are looking for simpler solutions since they do not want to complicate things. But in the case that what we need is an intermediate software comparable to the mentioned Photoshop, but free, it is worth mentioning GIMP. Here we are faced with a very popular open source project among the community and perfect for many users. We say this because the software presents functions for both novice users and those more advanced in the world of photo editing. Such is its potential that many consider it to be the main free competitor to the aforementioned Adobe program.

Leaving aside everything related to the functional aspect of the programs, without a doubt the main difference between the two is their price. As we mentioned before, Adobe Photoshop is a paid application, while GIMP is completely free. 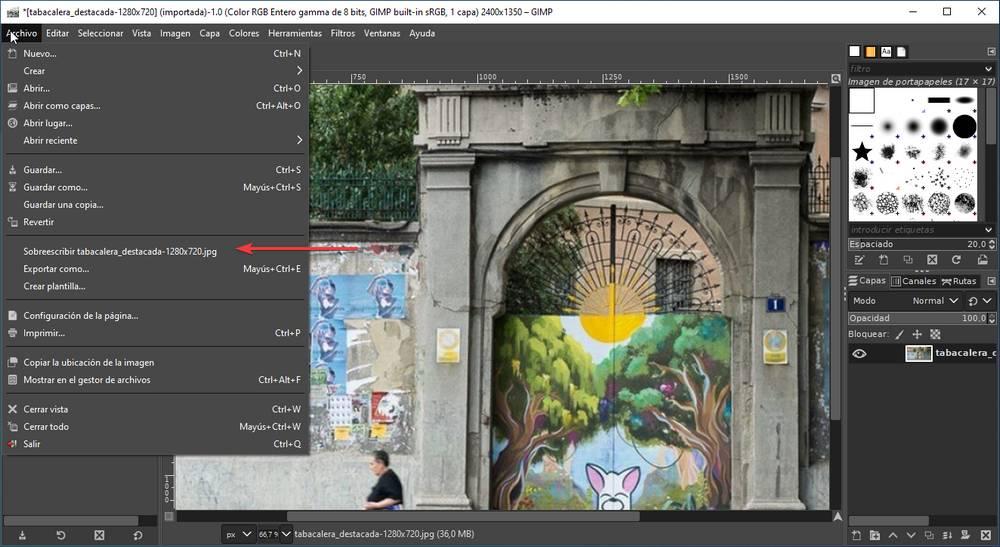 How likely is GIMP to be paid?

As you can imagine, this open source proposal has many followers all over the globe. It is precisely for all this that some may wonder how long this free edition solution will be. And it could come at a time when GIMP, like Photoshop, becomes a paid application, or not. This is precisely what we want to talk about in these same lines.

Well, degrees at this point the first thing we should know is that initially the version that we know at this time of GIMP will not become a paid program . The main reason for this is that, since its inception, as we mentioned before, it has been an open source project. For all this, as it usually happens in Open Source software, it is available for free use. This means that those who fear that photo editor will one day pay, can rest assured.

Of course, we must also take into consideration that in the future a somewhat special version could be launched for which if we had to pay. For example, this is a program that could be made available to everyone in a possible UWP version on the official Windows store . In this way, as at the time it happened with one of its competitors, Krita, GIMP could be commercial software, but only for this specific version. Those interested in continuing to use it could have the same program without paying a single euro from its open source project as before.