The union between the Xbox ecosystem and the PC is getting closer, and it has reached a point where if you have a good PC to play, you do not need to buy a console. We can even subscribe to Game Pass to access hundreds of PC games instantly. The Xbox ecosystem is packed with functions and features of all kinds. And one of the most interesting, as well as unknown, is the Copilot Mode , or Copilot, which we are going to explain how it works and how to use it on a PC.

First of all, we must indicate that this function began as native to Xbox consoles, although with the arrival of Windows 10, and in Windows 11, it also came to PC. The process to activate Copilot on both platforms is similar, although assuming the particularities of each platform. We are going to explain how to activate it on any Windows PC. What is Xbox Co-Pilot Mode?

Co-Pilot Mode is a feature that is part of the Xbox ecosystem whereby two controllers can be linked together to work as one . That is, we can connect two controls and use them interchangeably, since both will have control of the game. This mode is very interesting, for example, to help another person to pass certain complicated parts of a game without having to let go of the main controller.

This mode can also be used as an accessibility feature , so that users with mobility or coordination problems, or those who use special controls such as the Adaptive Controller, can easily receive help from another person to overcome the most difficult phases and that they can keep playing smoothly.

Initially, by activating this mode we are getting two controls to work as one, and that we can use any of them interchangeably. However, we must bear in mind that, although we are two people and two controls, only the main control (the Pilot) will have the session started on Xbox, so the advances, and the achievements, will only be taken by him. The co-driver can only attend the game, but is not identified as a second user.

Finally, we must indicate that the maximum number of controls that can be linked is two. Therefore, if we were thinking of connecting three or more controls with this function, we must assume that it will not be possible.

Activate this function in Windows

To be able to activate Copilot on Windows we need, first, to have two Xbox controllers in our possession. It doesn’t matter if they are two conventional controls, one Elite and one normal, one normal and one Adaptive, and even two Adaptive. The important thing is that they are two official Xbox controllers. In addition, we will also need to have Windows 10 or Windows 11 on the PC, updated to its latest versions, and the Xbox Accessories app installed.

Once we comply with the above, the next step will be to connect the two controls to the computer. As both controls will control the game equally, at first it is indifferent to use one or the other, although we all know that we always have a favorite control, the control that we will use as the main one.

The controls can connect as we want. The two main ways to connect a controller to the computer are either by cable , or by means of an Xbox receiver that allows us to connect them by radio frequency just like on the console. In both cases, the drivers will automatically download from Windows Update (if they are not already present). And, in a few seconds, we will have them connected to the computer. In addition, if they are Xbox One S/X controllers, or Series S/X controllers, we can also connect them to Windows via Bluetooth without having to buy any adapter and with greater freedom than using the previous two methods.

To activate this function, the first thing we must do is open the ” Xbox Accessories ” app, which we have just installed, and wait a few seconds for it to detect our controller. If we haven’t done it yet, we can take advantage of the fact that we’re inside to update the controller’s firmware to improve its operation. Once a day, what we must do is, on the main screen, click on the button with the three points to enter the configuration options of the controller in question. 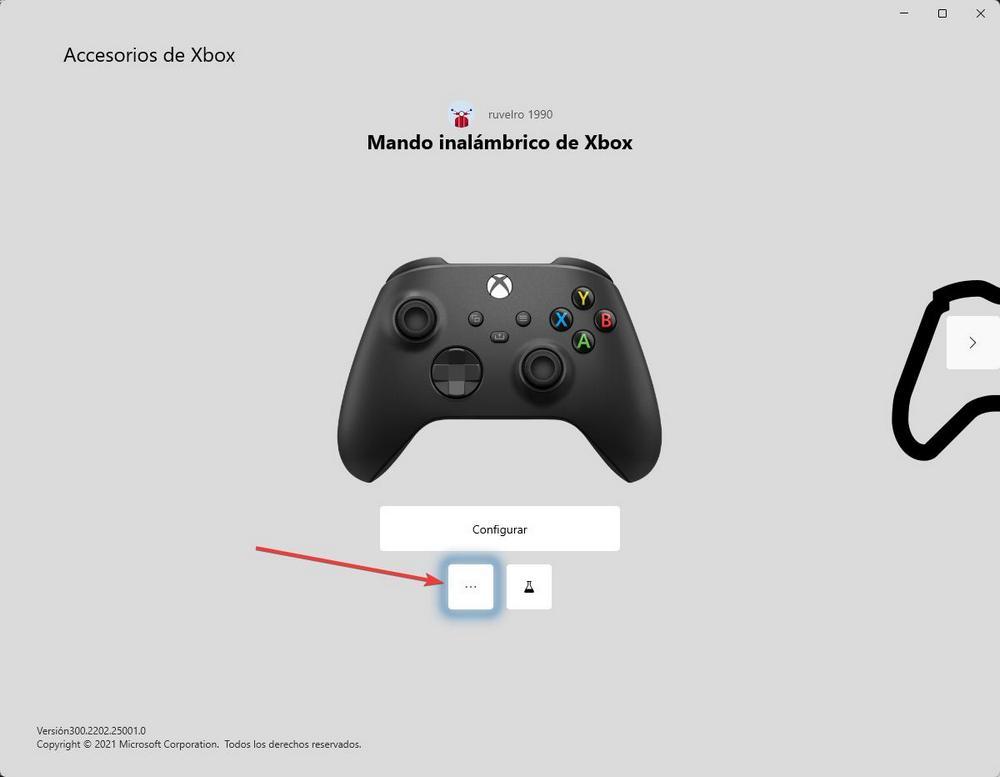 Once inside, we will find three options. The one that interests us, in our case, is the third one: Activate Copilot . 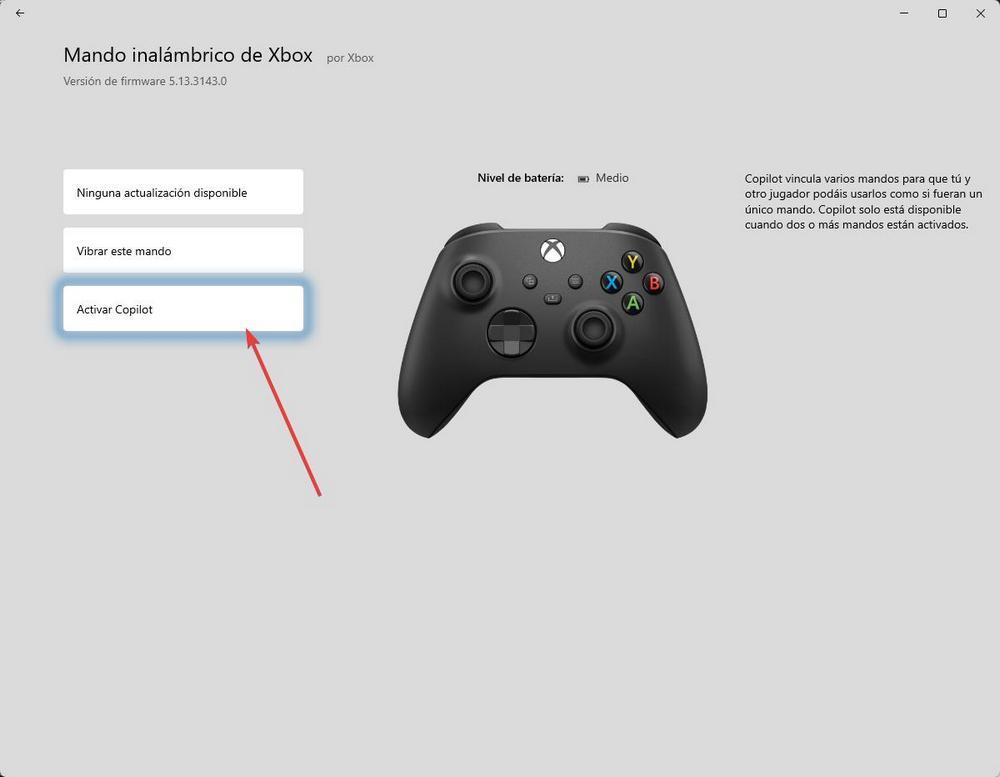 All the controls that we have connected to the computer will appear. All we have to do is select the secondary command, the one we want to use as a co-pilot. And ready. Both controls will automatically be linked and will start to work as if they were one. We will be able to know that they have been linked correctly because both will vibrate for a moment to confirm the connection.

Now we can close the Xbox accessories application and open any game. We will take the main command and we will be able to play with it until we need another person to take control of the main character, in which case what we will have to do is leave him the second hand and stop touching ours so that, automatically, he moves with the second.

The controllers will be linked throughout the session. However, it may be the case that, at some point, we want them to stop being connected to each other so that we can use them individually again or prevent the other person from taking control of our game.

The disconnection process is identical to the connection process. The only thing we have to do in this case is to reopen the Xbox Accessories program, go back to the section where we activated the Copilot, and this time select the option ” Deactivate Copilot “. Clever.

From this moment on, each controller will act as an individual controller, and we can use it without problems, for example, to play doubles on the same computer.