In today’s market there are many manufacturers that have mechanical keyboards in their catalog, but not many can be considered the best mechanical keyboards on the market. Today we are going to evaluate three of the best, Corsair, Logitech and Razer , to see which of the three has the best models available to users, in this case geared towards gaming .

The three manufacturers have different models of keyboards, all of them of excellent quality and with a multitude of specific functions for gaming. Each one uses different switches and, in fact, in the end the type of switches is usually what leads to one choice or another by the users, but in this comparison, in addition to evaluating who has the best switches, we are going to see the rest of the features that of course also influence the overall performance of the keyboard and should also be a reason to choose one or the other. The best switches, on Corsair keyboards

Corsair uses original Cherry MX switches, while Logitech makes use of OMRON – created Romer-G switches (and the latest PRO X) and Razer uses its own-created mechanisms. In this case, we give Corsair the winner for the mere fact that it has a much wider range of switches, and it is also the only one that gives the user the option of choosing Speed Low Profile mechanisms, the fastest on the market, as well as the new MX Viola . 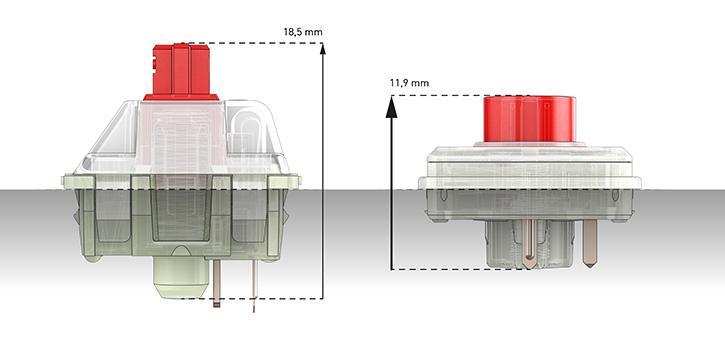 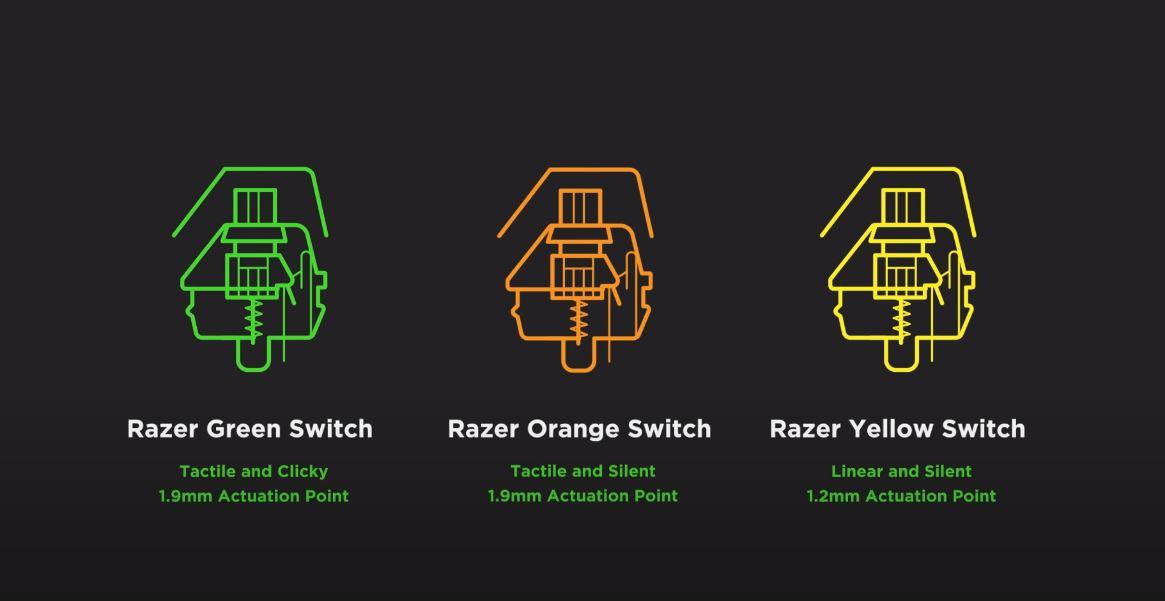 Without detracting from Logitech or Razer and their corresponding switches, we believe that Corsair wins here because it not only offers a greater variety including exclusive switches that no other manufacturer offers, but also has the guarantee of using original Cherry MX switches .

The best mechanical keyboards in functionality and lighting

We understand keyboard functionality as the amount of “extras” it has that add greater versatility to the keyboard, such as USB Passthrough ports, dedicated multimedia controls, volume wheel, macro keys, and so on. In this regard, Corsair and Razer compete from you to you because depending on the model they both provide all these characteristics, although it is true that in many models Razer skimps and if you want to have everything you have to go only to their higher-end keyboards . 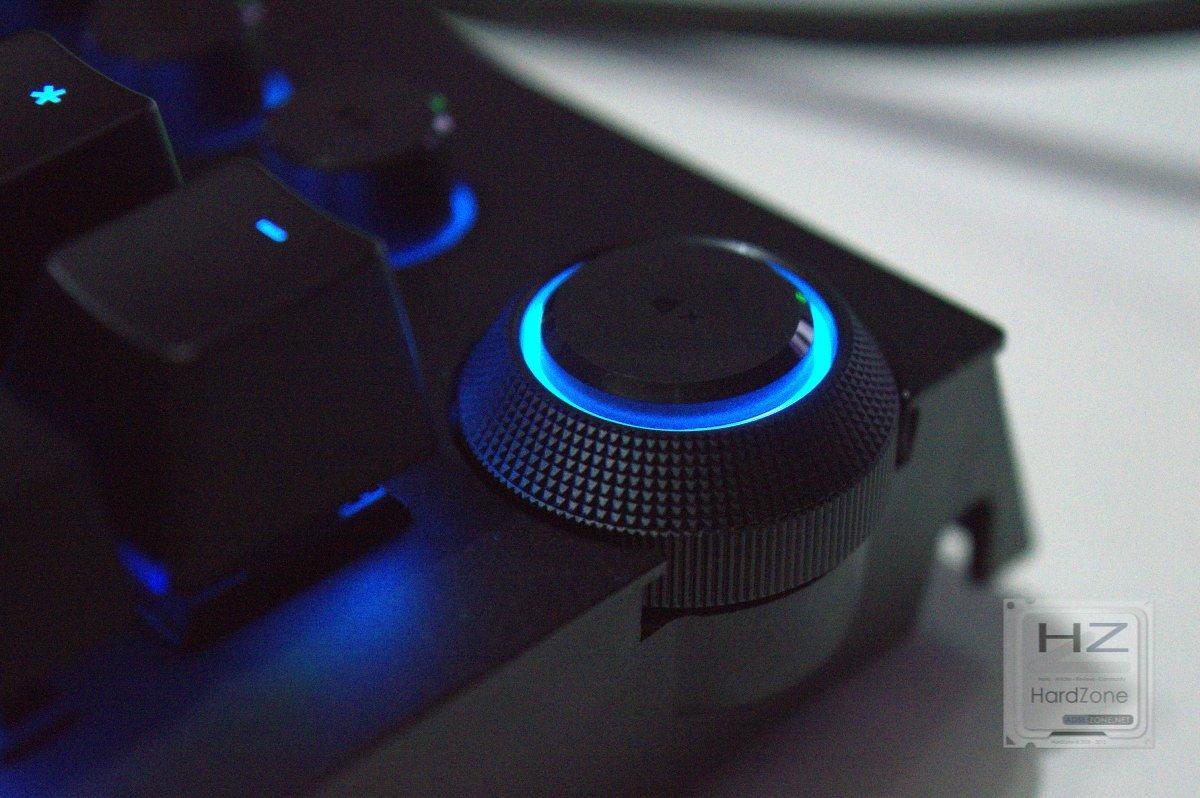 For its part, Logitech also offers all this, although it is true that again we can only find it on its higher-end keyboards such as the G915 and, in this case, it lacks the USB Passthrough port, so in our opinion it is below Razer and Corsair. So in terms of functionality, we give a technical tie to Razer and Corsair as the best mechanical keyboards on the market.

If we go to lighting, the three manufacturers offer configurable RGB lighting from their respective softwares, all of them with effects, individual key configuration and a wide spectrum of RGB colors. We consider that all three manufacturers have achieved excellence in this regard, but we must highlight the keyboards of the Corsair LUX range, with a much clearer and more defined lighting than the other types of keyboard. However, we believe that here we have a tie between the three.

Comfort and ergonomics, who is the best?

None of the mechanical keyboards from Corsair, Razer or Logitech have an ergonomic design, since they all consider that these types of keyboards are more oriented to work and office than to gaming. Bearing this in mind, we will consider the ergonomics regarding whether the keyboard has elevator feet at different levels and, of course, the wrist rest, an accessory that we consider essential to avoid fatigue in long gaming sessions. 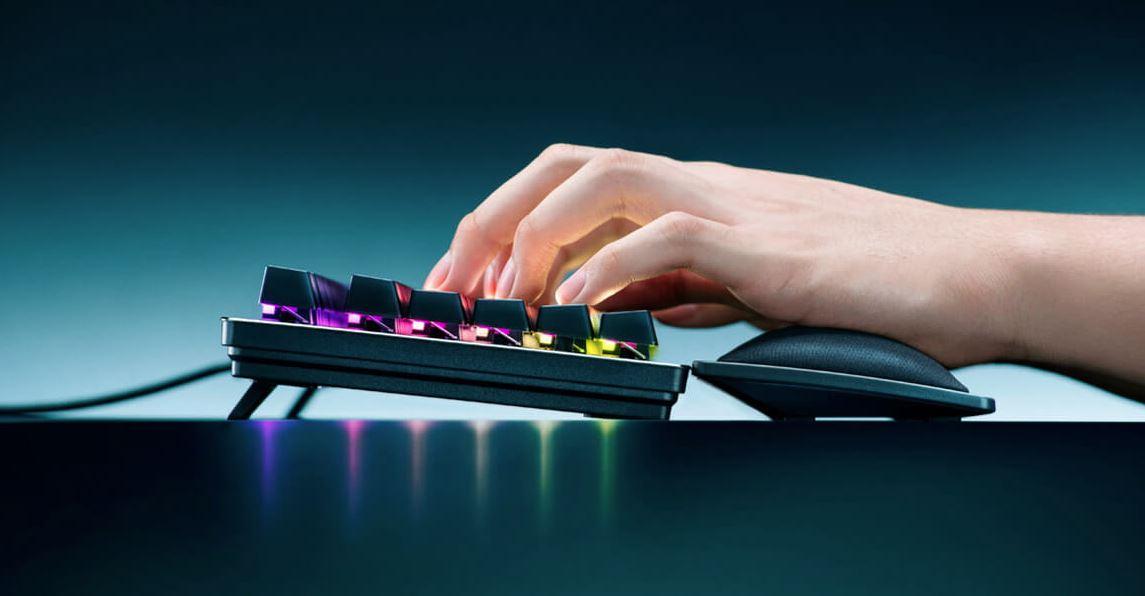 All three manufacturers offer the ability to raise the rear of the keyboard at different levels, so there they are tied. However, regarding the wrist rest both Razer and Corsair offer it (although Razer, again, skimps and only does so in their higher-end models). The Corsair wrist rest is rigid and allows to put it on and take it off relatively easy, while the Razer one has a mechanical anchor making it much easier to put it on and take it off and it is also soft, being much more comfortable. The winner in this regard is without a doubt Razer .

Who has the best mechanical keyboards?

There is no doubt that these three manufacturers have in their catalog the best mechanical keyboards on the market, all with their pros and cons and highlighting in certain specific aspects. We cannot say, therefore, that one of them has the best keyboards around, since while we consider that Corsair has the best switches, Razer has the most comfortable keyboards and as a general rule Logitech the ones that offer the best performance / price ratio. .

If we have to choose, we would personally opt for Corsair keyboards since we consider having the best performance and choosing the switches that best suit what we need more important than the rest of the things; In addition, although its wrist rest is not as comfortable or as good as Razer’s, it is not bad and at least they include it, unlike Logitech that does not even do it.

Therefore, from our point of view we believe that the best mechanical keyboards on the market are those of Corsair , without detracting from any of the other two contenders that also have excellent options for all types of users.