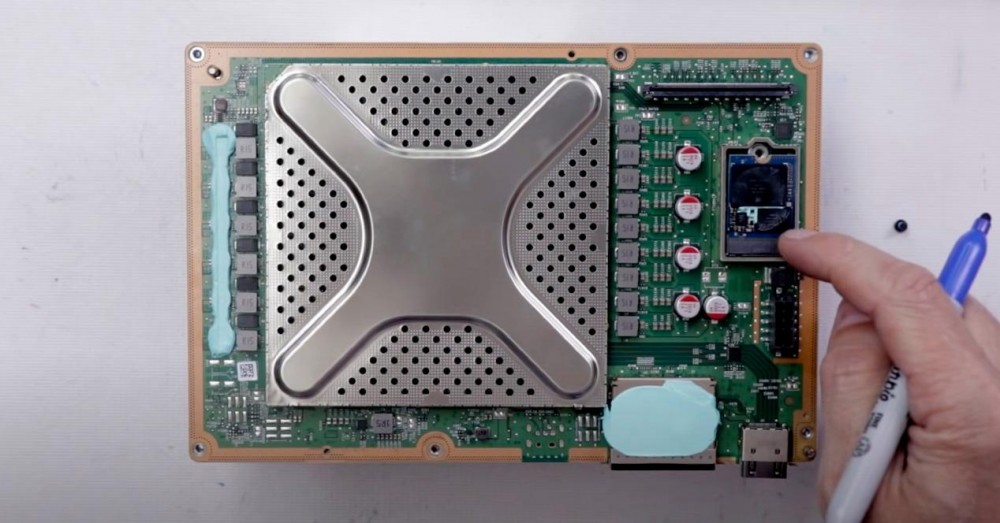 On the TronicsFix YouTube channel they proposed to change the internal SSD of an Xbox Series X, and the question was obvious: if the SSD of the console can be removed, can I change it for another that I have on hand? Can I expand the internal capacity of my console? All those questions now have an answer.

Can I change the SSD of my Xbox Series X or Series S?

The task is not easy, and you will not be able to complete it so easily, since it is not only about reaching the bowels of the console, but also respecting the file structure of the original disk. This is the conclusion that TronicsFix has reached after making its peculiar repair guide, since it has managed to replace the SSD of an Xbox Series X , although with some complications and insurmountable requirements.

The first thing to note is that an M.2 SSD is not worth it. Apparently they must be very specific units , and everything indicates that the units must have some type of proprietary circuitry that determines if the connected unit is a valid SSD for the console, hence a store-bought SSD will not work. for this function .

Knowing this, the only option we have left is to change an SSD drive from one console and put it in another, but can we?

After completely disassembling his Xbox Series X and finally reaching the motherboard, TronicsFix managed to reach for the SSD to remove it. Luckily he had a plate from a second Xbox Series X to which he also removed the original SSD, and proceeded to place it in the first console.

The result was disastrous, since the console would not turn on, and after making sure that everything was perfectly connected and working with the original SSD, he decided to take the next step: what if we cloned the drives?

The idea was to make an identical copy of the original drive on the destination drive, so he decided to use Sabrent’s clone drive, the EC-SSD2, which you can buy on Amazon for € 109.99. With this accessory, we can clone two SSDs effortlessly, since no computer is required and everything is completed by pressing a simple button.

After about 20 minutes of cloning, the unit was ready, so it only remained to place it on the console to see that everything worked perfectly. Said and done, the console booted up to the new drive immediately, and all files remained intact.

Can I use a Series X SSD on Series S?

Knowing that the Xbox Series S has 512GB of storage , TronicsFix thought it would be a good idea to use the Series X 1TB drive on the smallest of the family to gain an extra 512GB. But not. Unfortunately this operation is not valid since the console did not start with the change of unit.

Furthermore, performing a clone would not be an adequate solution, since we would clone the partition system and the 1 TB drive would be left with 512 GB useful, discarding the remaining 512 GB. Therefore, the only possible solution in case of failure would be to get an original unit and clone it.

Are compatible units going to be sold?

Taking into account that Microsoft offers the possibility of expanding the internal memory with its expansion cards (which do not reduce the performance of the console), changing the internal drive is not possible, basically due to the entire disassembly process that it entails. If the use of a special chip is confirmed, it is most likely that this idea will be discarded forever, unless some fanatic manages to find the solution.