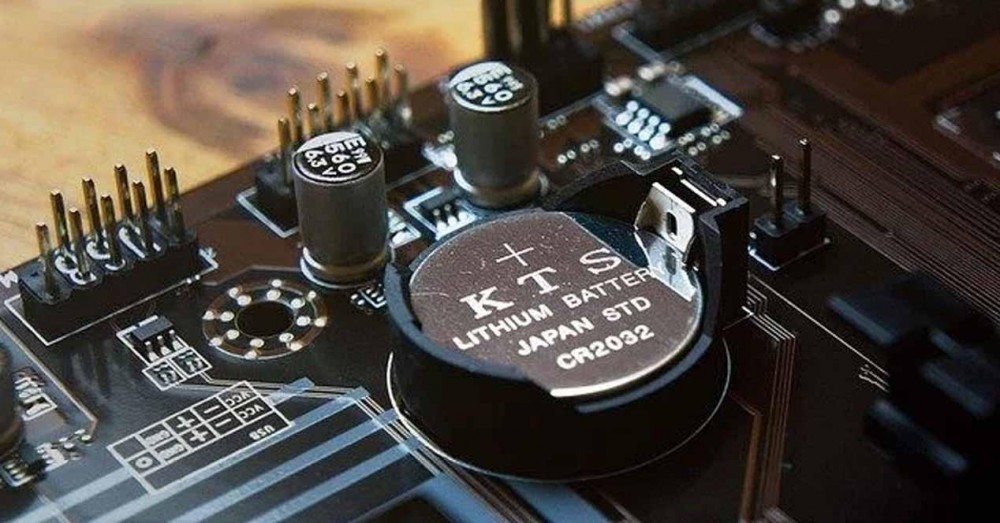 One of the most common problems encountered by a user is precisely that of leaving the entire PC by default, or at least a large part. For various reasons that we will now see, performing the so-called Clear CMOS procedure on the board is not an easy task, but although this has been greatly improved on the most modern and advanced motherboards, the most basic ones continue to have problems. Why should it be done and how to do it regardless of the model?

The so-called Clear CMOS has been one of the few things that has been preserved in consumer computing over the years and yet there are times that evolution has tended to zero. Although in general terms the procedure is very simple, in others it seems that we are 20 years in the past, therefore, there are several ways to achieve it. But the important thing that we must take into account is the reason why having to do a Clear CMOS on the board, since on many occasions it is a problem.

Why should we do a Clear CMOS on board? In what situations? 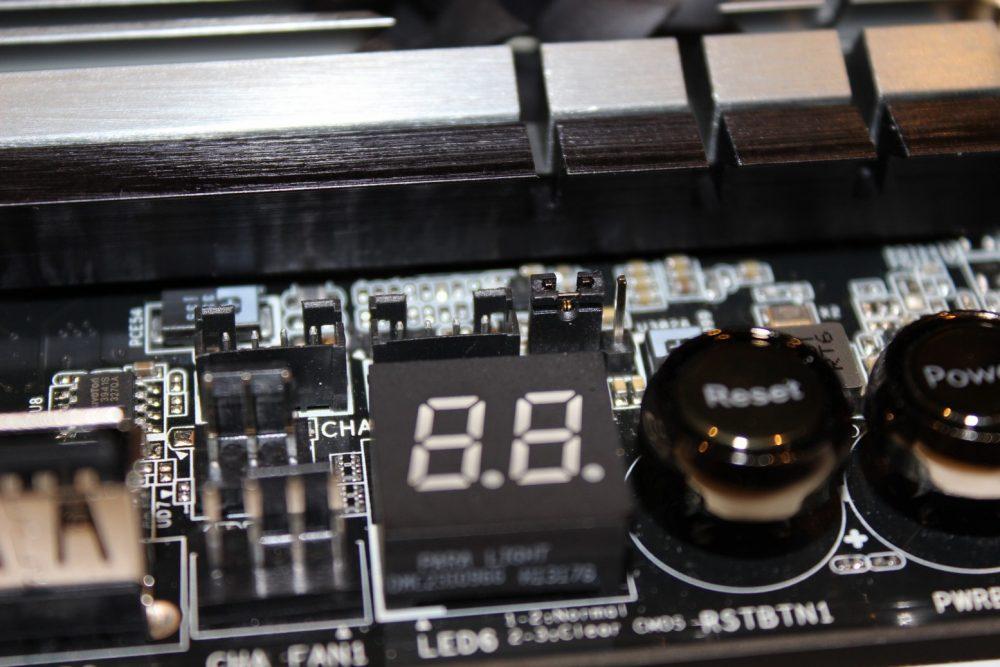 One of the key points of this procedure is precisely the why, the motives. Experienced and knowledgeable users have no problem and know the “risks” of doing so, but novice users should consider certain things before proceeding.

The reasons are important for one main reason: we will leave the motherboard completely as standard, from stock, and that in many cases is what is wanted and the ideal, but in others it is a problem. Therefore, it is important to understand that sometimes it does not have to be done if we have other alternatives to configure.

Carrying out Clear CMOS we will put the whole BIOS back to standard, but if any specific parameter has been touched and we have not memorized or written it down, we will lose that setting and its configuration. This does not usually happen, but on certain boards, for example, you have to manually set the boot options to tell the board where Windows is installed.

This is completely unscientific for an experienced user, whereas for a nobel it is a world. Another of the settings that are most used is that of the XMP profiles , essential to set the RAM memory at the highest frequency that can be achieved as standard under said settings recording technology.

Another of the cases that is most lost and that later can be a headache is precisely the configuration of the SSD, especially the M.2 NVMe . On many occasions we have to assign the speed manually so that it does not lose performance because it shares the bus with the SATA, for example.

Finally in this section we could talk about the boot options for compatibility with old devices or CSM (Compatibility Support Module) . Oddly enough, on certain Intel platforms with next-generation AMD graphics cards you have to enable legacy support because otherwise it does not show an image on the monitor, as with the new RX 6000 and the previous RX 5000.

Is there a unitary and global way to do a Clear CMOS? 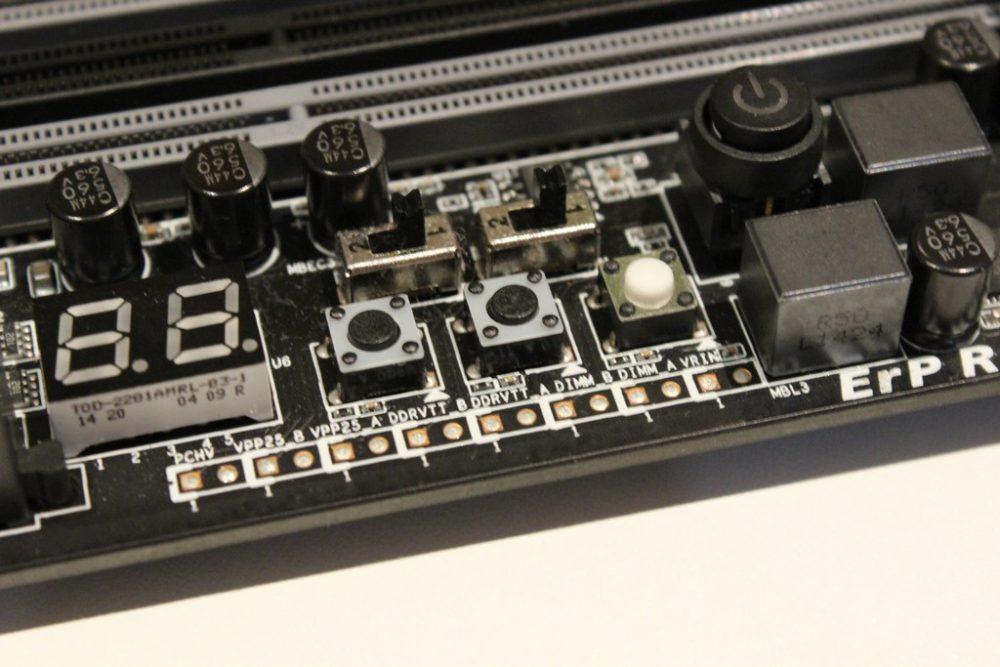 One of the problems that Noble users encounter is precisely how to carry out this task and come to fruition. Each plate does it in a different way, but there is one that is effectively valid for all of them, although the process can be somewhat cumbersome if the access is not good.

But before making it known, we are going to see some of the new methods in case we can save the global one.

Via a button on the back of the motherboard

Normally, current mid-high and high-end models already integrate a button on the rear I / O Shield that after pressing it (more or less seconds, depends on the manufacturer) will return the BIOS / UEFI to the original configuration, a reset in every rule.

This button changes in shape and design depending on the model or manufacturer, so we will have to see if our plate brings it. 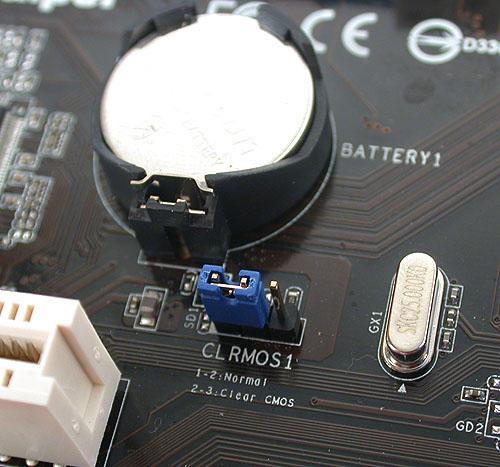 Believe it or not, there are motherboards that continue to collect the typical jumpers to carry out this Clear CMOS process. The jumper is positioned differently on the plate, that is, it is not in the same place in all of them, so the ideal thing to avoid wasting too much time is to go to the manual of our model and see the diagram of the plate to easily locate it.

As a general rule and as usual, the jumper is making contact between two pins in the OFF position, so it will only be necessary to change the jumper so that it takes the rest and the central one to carry out the process. It is recommended that before moving the position jumper we disconnect the PC from the back button of the power supply, and in the worst case that we remove the power cable from the source to the wall, so that there is no power, after which we will change the site jumper.

After (normally) 10 or 15 seconds (depending on the manufacturer and model) the BIOS will have lost the save it had and we will be able to return the jumper to its original position and the power to the source, turn on the PC and enter the UEFI to see that everything is standard. 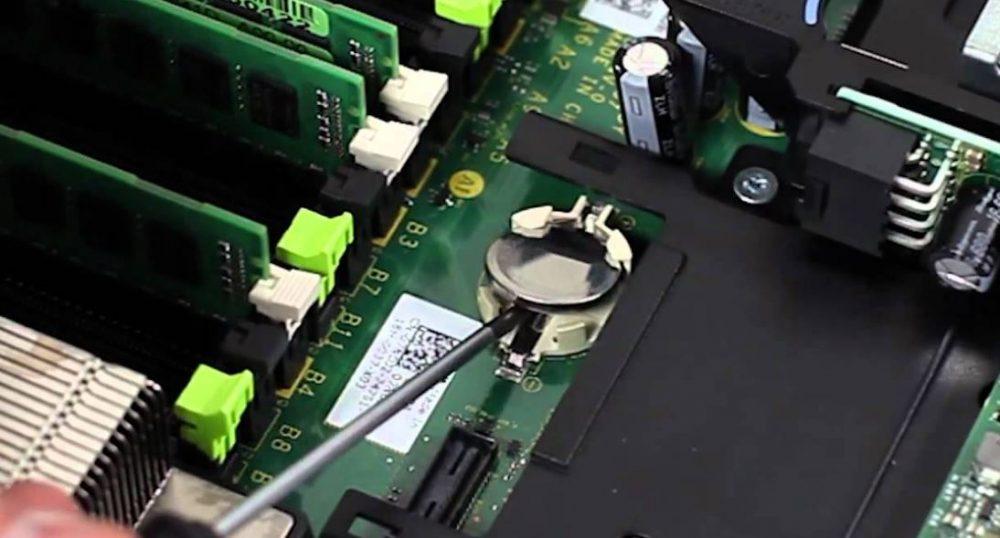 If what we want is not to waste time with any of these procedures, the oldest and most archaic is still valid today and in all models on the market. It is simply a matter of removing the power to the PC through the rear button of the PSU or removing the power cable directly if this button is not available.

After this, with a flat screwdriver we will press on the battery support gasket, between it and the support it includes, after which it will literally pop out of its grip and we can remove it. With only 15 seconds without power, no current or battery, the BIOS will lose its configuration and when we put the battery and the current will return to its initial state.

So you decide how to do it knowing that if something is misconfigured because it is standard, you will have to configure it manually after the Clear CMOS on board, therefore, perhaps some UEFI captures or photos are simply something to help if we do not know that we are tapping.