Retro is in fashion. There is increasing interest in retro games, both at the emulator level and at the commercial level. Surely more than once we have seen how a company (like Nintendo, for example) sells the same old retro games over and over again, or offers them as part of their subscription services. These games are copyrighted, so they cannot be downloaded and freely distributed over the network. But what we can do is resort to the different remakes, created by the community, which will allow us to enjoy the same (or more) for free and legal.

A remake is a game that has been designed from scratch taking inspiration from an existing game. There are remakes created by the developers themselves (as with Final Fantasy) in order to give a second life to the most successful titles, and other remakes created by independent users that create totally new games taking a slight inspiration from the original project. Generally, independent remakes are not games created for commercial purposes, but rather pay tribute to the originals. We can find a wide variety of free remakes of retro games. And here we can download the most important ones.

Open Surge, the tribute to the hedgehog from Sega 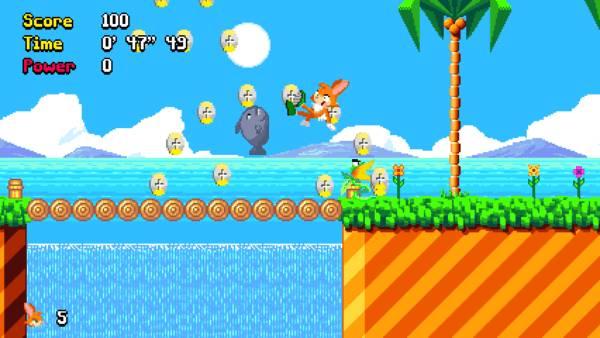 Open Surge is a two-in-one game. On the one hand, we are facing a platform game that is clearly inspired by the mythical Sega Sonic. This game will allow us to recall what the company’s classic platform game was like using, yes, a different character: a rabbit. In addition, it offers us a very simple engine with which we will be able to create our own Sonic remake without complications to give free rein to our imagination.

This developer also offers us another game, Open Sonic , much more faithful to the original. However, this project is discontinued, so much better we can give Open Surge a try.

Tetris Unlimited, one of its infinite clones 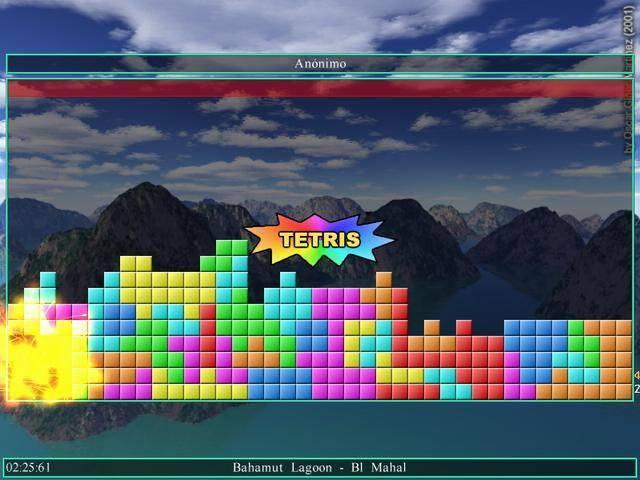 If puzzles are your thing, what better game than Tetris. This has been one of the most successful games in history, and given its simplicity it was not surprising that all kinds of clones appeared. One of the most interesting is Tetris Unlimited . This game offers us a totally new experience when it comes to playing Tetris. We can find 5 different game modes, with the possibility of playing with up to 4 other players at the same time and a complete editor that will allow us to change the skin, music and backgrounds of the game.

And if we want to play from the browser, React Tetris brings us the typical version of the machine that we can play without having to download anything to the PC. 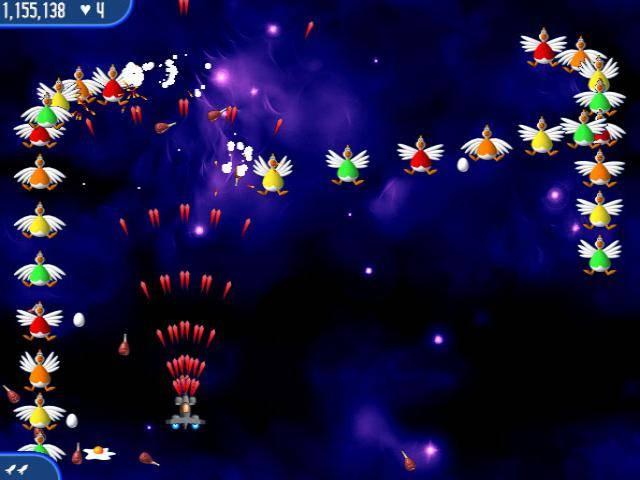 Surely another of the games you’ve heard of on occasion is Space Invaders: the Martians invade us, and we have to stop it with our ship. But, what happens if what invades us are chickens?

Looking clearly inspired by the original Space Invaders, Chicken Invaders pays homage to the legendary arcade game by adding a touch of humor. This is a game for one or two people, with various levels of difficulty, boss levels and an online scoreboard where we can spend our hours again.

And if we want something more faithful to the original, Space Invaders OpenGL is a game created from scratch using the OpenGL API in which we will find a great variety of different modes maintaining the typical original Martian / ship essence. 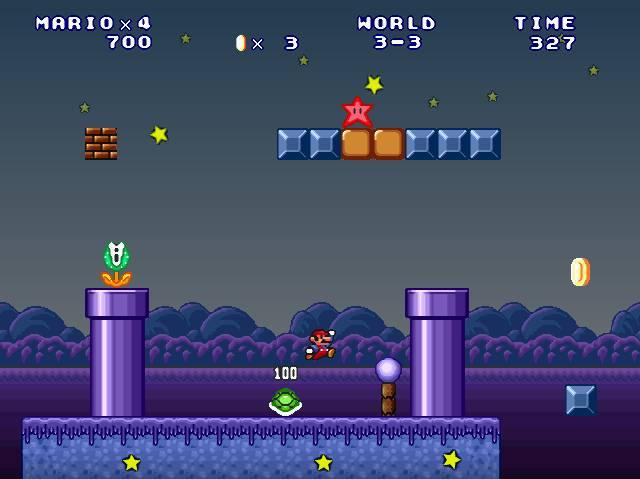 When we talk about retro games, Super Mario is one of the best known. The mythical character of Nintendo has been fighting since the 80s and being one of the leaders in sales, no matter what month you look. And that rarely leaves the company’s consoles. Given its success, of course it has different remakes, tributes and tributes created by users (although Nintendo does not usually like that). And one of them is Mario Forever Remake .

This Mario Forever is the adaptation of another remake. This offers us all the maps of the original Mario Forever, in addition to having a large number of worlds created by the designer himself with which we can spend many hours sitting in front of the computer, enjoying and even frustrating ourselves. 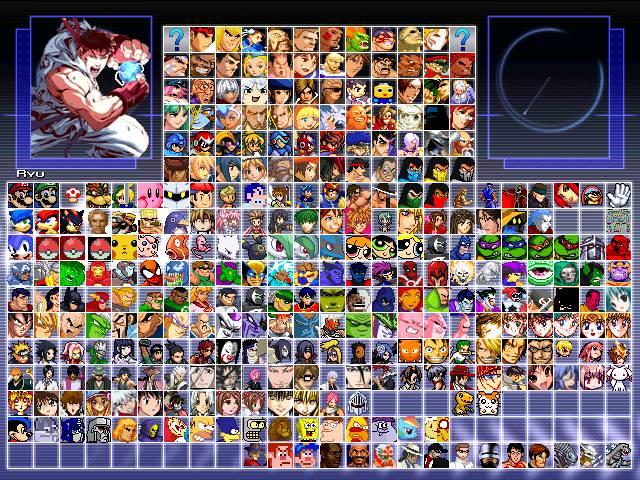 Tekken, Mortal Kombat, Street Fighter… there are many commercial fighting games that, even today, are still releasing new versions. However, if we are looking for a free option, the best, without a doubt, is MUGEN . This is a 2D fighting game engine with which we will be able to create our own personalized Street Fighter, with totally own maps, characters and mechanics.

We can create our own game, or download any of the packages already created by the community with this engine. Be that as it may, if we like 2D fighting games, MUGEN is a must-have that we must try.

Bombermaaan, the more “a” the better 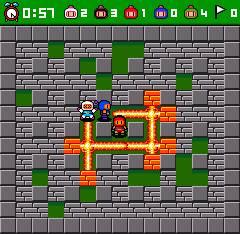 Bombermaaan is another of the most curious remakes that we can find. Of course, no matter how many “a” the name bears, we will have guessed that it is a game clearly inspired by the mythical Bomberman. This keeps the gameplay very faithful to the original, applying, above all, minor corrections and adjustments. It allows up to 5 people to play on the same PC, offers items and power-ups, and has various AI levels.

Although it is not very faithful to the “Bomberman” style, and mixes this bomb game with a kind of Pac-Man, I Have No Tomatoes offers us a very interesting game concept with which, without a doubt, we will have fun. 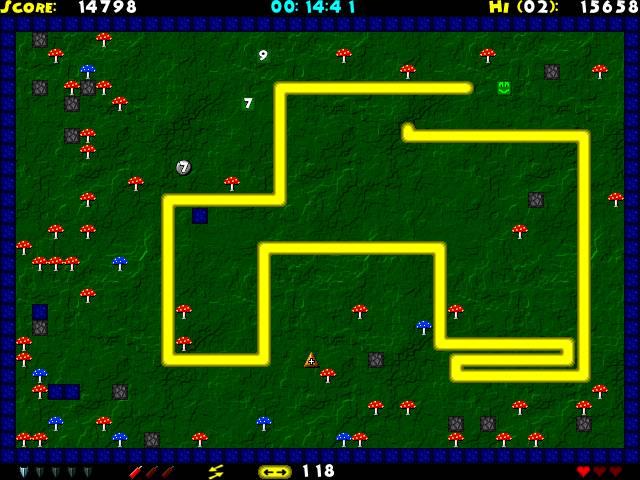 Snake has also been another of the most popular games, and exploited, in all the history of video games. And, of course, it has hundreds of different remakes. But one of the ones that we find the most curious is Deluxe Snake . This is a clone of the original game that brings us an improved gameplay in many ways, with more objects and various game modes to play the snake like we have never done before.