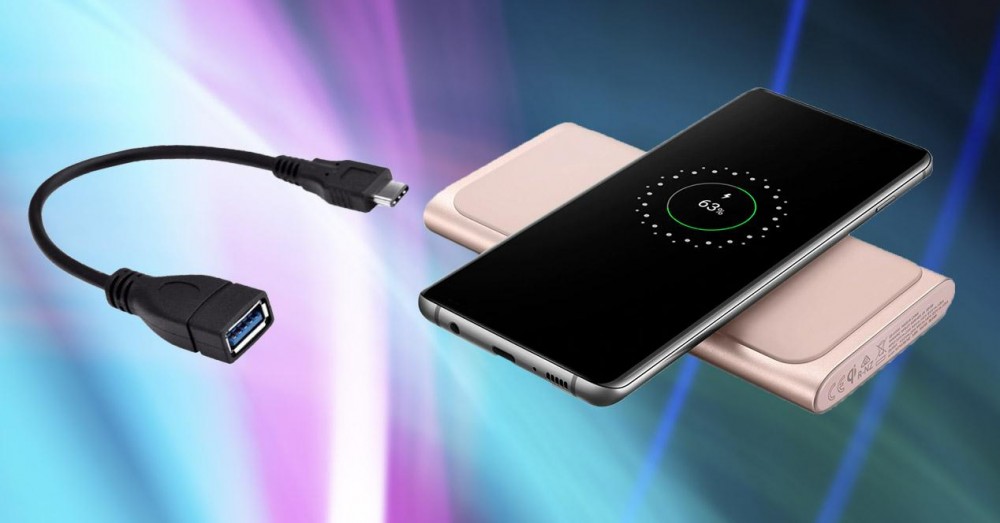 Technology in mobile devices does not stop growing, especially in recent years, since it has been a period in which we have seen great advances. As is the case with the interesting reverse charging of smartphones . Probably, many users have not yet tried this option, but without a doubt it is one of the features that can help us at any time.

We make it clear that it is one of the features that has gone unnoticed the most among users, more than anything because there are still people who are still completely unaware if their smartphone has this type of technology. Of course, it should not be confused with the classic wireless, basically because with this function we can turn our smartphone into a charging base for other mobiles or even for other devices such as, for example, Bluetooth speakers or headphones.

What is reverse mobile charging?

Before going on to know how we can carry out the latter that we have mentioned, the truth is that we have to know a little more about this technology. Mainly, we are facing a method that works with contact, that is, we can power other devices just by placing them on our terminal.

And although this technology has its origin in wireless charging, which began to emerge years ago in mobile phones, the reality is that it can also be used through a cable . 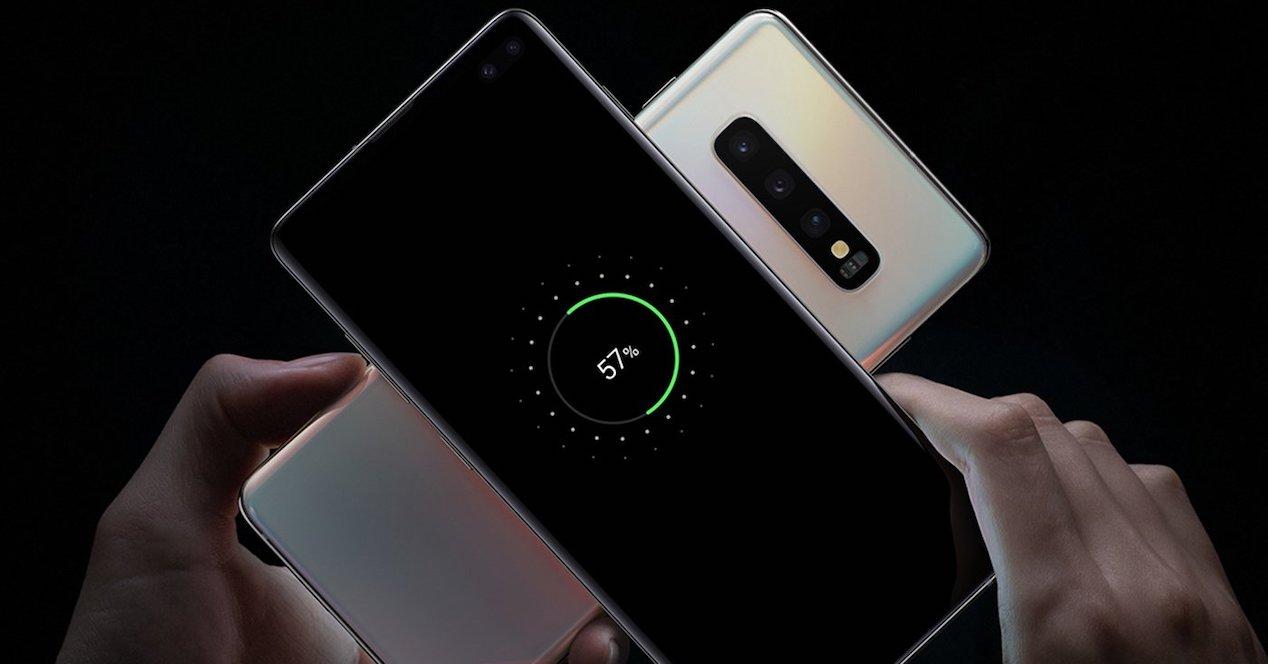 As we mentioned, it is more than anything the ability to exchange energy from one device to another. In this way, a terminal with wireless charging capacity can act as a power bank base as long as it has this technology integrated into its hardware. However, in the case of not having it, you can also resort to another method, which we will explain later.

As time has passed, it has spread more, that is why it is little known for now. In any case, it is a technology that promises a lot, since it is not only about the fact that we can charge one mobile with another , but best of all, we can supply power to any other device.

Charge any device with your mobile without cables

First of all, you have to know that if you want to charge your mobile with another, both must be compatible with wireless technology, but it will not be necessary for both to have the reverse functionality. That is, if your mobile is compatible with reverse technology , we will be able to power other mobiles with basic wireless or even other devices such as headphones or other accessories.

In addition, the development that led to the idea of this technology was basically so that we do not run out of battery in any situation. Therefore, its operation is based on electromagnetic waves that, through contact, are capable of being sent.

However, we must know that, being a mobile device, the speed with which the other terminal or accessory fills its battery is limited. Well, this way we avoid overheating of our smartphone. It is a technology that is still evolving and it takes a few years to mature.

For this reason, the wireless and reverse route is a more spectacular method. However, its integration in different mobile phones is still something very difficult to find in those terminals that do not belong to the high-end range. Leaving this fact aside, we must emphasize the idea that it allows energy to be transferred from one device to another through direct contact, yes, we will have to place the device that we want to recharge on the back of the smartphone. 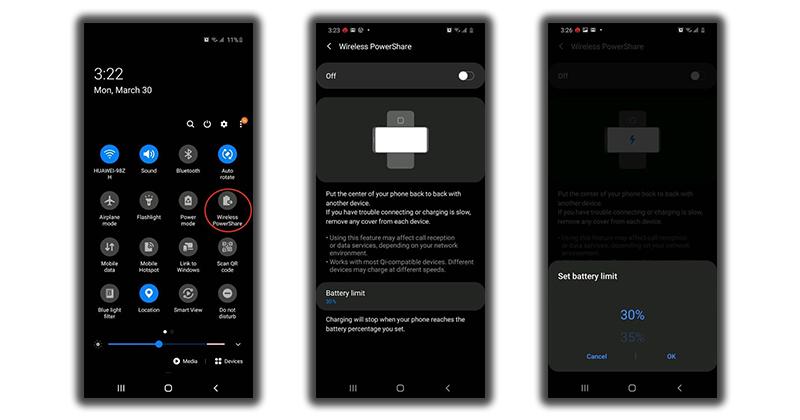 In addition, as we mentioned, both terminals must be compatible with the WPC Qi certification . In the event that you meet these requirements, you can start it up by accessing Settings and entering Battery or Connections. Then the reverse wireless function will have to be activated. Then it will be the simplest step, since we will only have to turn the phone over and place the terminal that is going to receive the energy from ours on top.

Once we have followed these steps, this recharge will begin automatically and will remain active until we separate both smartphones. However, for priority reasons, some devices disable this technology when the battery of the smartphone used as a base is too low.

It should also be clear that it is somewhat more sensitive than the traditional cable method, so we must take care of some aspects such as the fact that it will not be as fast a method. Likewise, both devices must be turned on and it is also advisable that they do not have any type of casing or cover that blocks their connection.

An OTG cable to use this technology

As we said before, there are two ways to use this functionality with our mobile phone, one is wireless and the other through a cable. And how could it be otherwise, for both cases we must access Settings> Battery> Performance> Enable reverse charging . Although these steps could vary depending on the manufacturer and the version of the operating system that we have.

But, what is clear is that if we do not have this option it is because our terminal is not compatible with this function. To use the cable track, the positive side is that the only mobile that must be compatible with this inverse functionality is the one that will act as a power bank. This is because the second smartphone will only be powered by it as we normally do when plugging it into the power. 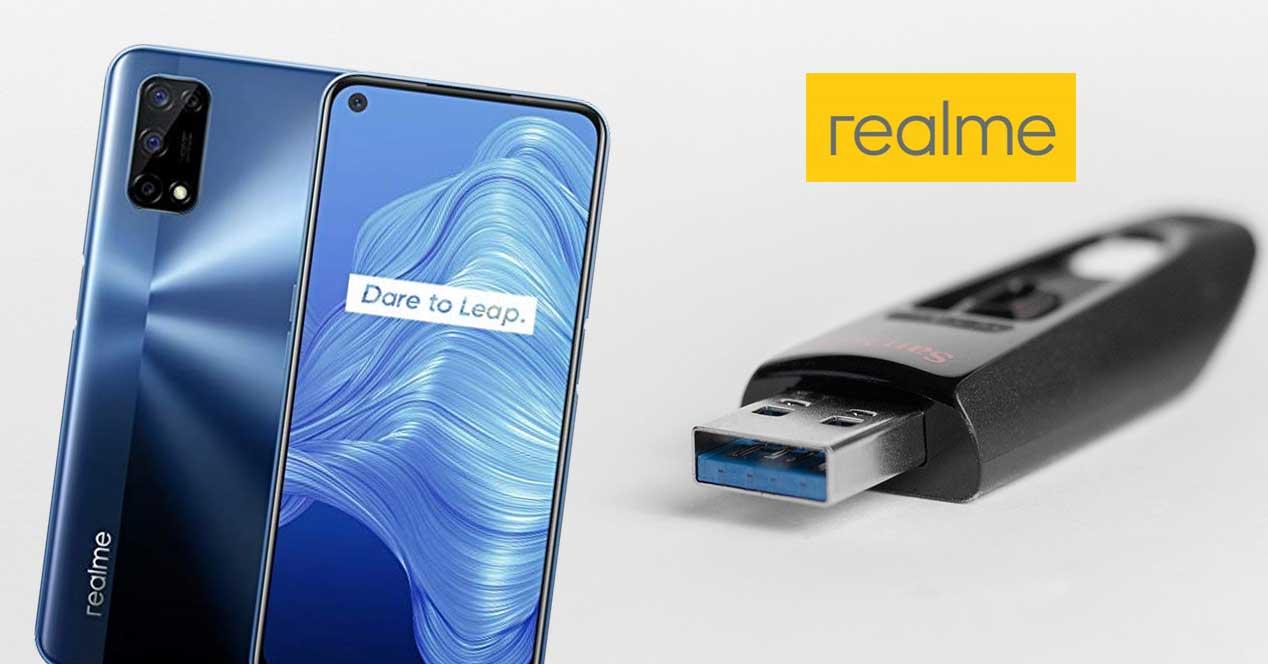 Once we have understood this, it is time to explain that we will need the help of USB On-The-Go technology (USB OTG or simply OTG). This is a standard that was used for the first time at the end of 2001. In addition, it is the one in charge of allowing those with USB ports, such as the mobile phones themselves, to act as a guest. By this we mean that it will give us the possibility that, for example, other terminals with USB can be connected to them.

To make this connection possible we will need a cable or OTG converter. Once you have one and have activated reverse charging on your phone , the next step will be even easier. We will only have to place the converter in the mobile that will serve as a power source after activating the reverse technology. Then, with the other mobile, we will only have to plug in a traditional cable that, then, we will connect to the USB port of the OTG cable.