They are a plague, and they are very difficult to eradicate, but it seems that Raven Software has wanted to leave a signal to show that they are on top and that they will do everything possible to end them. We are obviously talking about Warzone cheats , a series of players who are hated by the gaming community and today one of them seems to have received a good lesson. 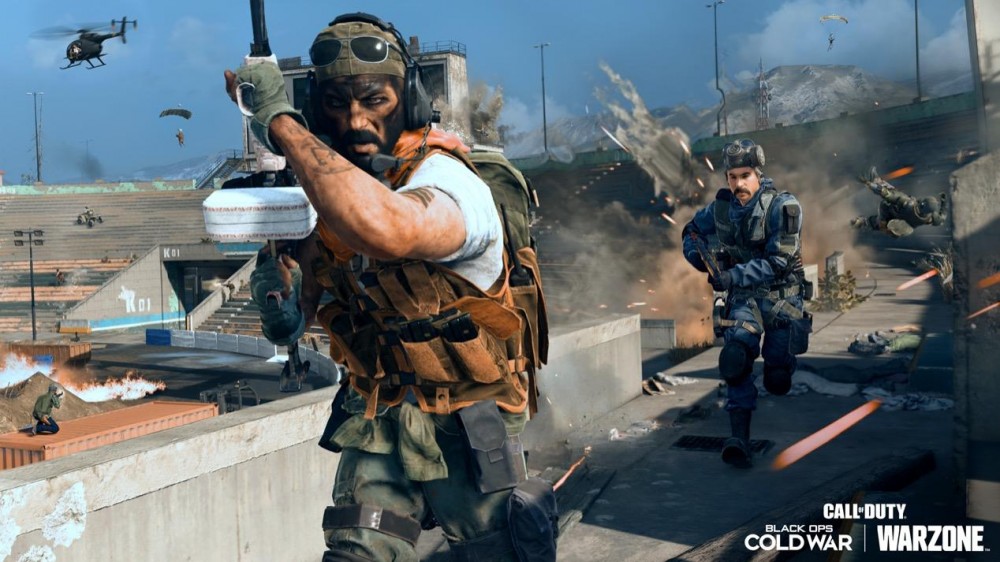 Streamers TimTheTatman, CourageJD and Cloakzy were live streaming their classic Warzone session when in one of their games they were caught by a player who was using illegal in-game software. As we have already seen on many occasions, this type of software is responsible for automatically targeting enemies and tracking and identifying the position of the rest of the players on the screen, so the gaming experience in these situations ends completely on the floor. .

You already know that identifying and reporting a Warzone cheater is tremendously easy, however, that does not guarantee that the developers will immediately punish that player, unless you are one of these streamers. And that is just what has happened.

Completely outraged by the situation, Jack “CouRage” Dunlop decided to post a tweet naming Activision and Raven Software and requesting almost as a joke and desperation the live ban of the player they were seeing cheating at the time.

The thing was left there, and either because they liked the suffering or to know the final result of the game, these streamers were watching the final closing of the circle through the cheater’s camera, seeing how the self-aiming did its thing to finish with everyone who gets ahead. Until the magic happened.

We actually did it…

It seems like Raven Software just live banned someone that @Timthetatman , @CourageJD , & @Cloakzy were spectating in Warzone. pic.twitter.com/HrYbDaGKRI

As you can see in the video that you have below, our protagonists saw in rigorous direct how the Warzone cheater was banned at that precise moment, confirming that the Raven Software developers had received the notice of the protest tweet and decided to give a lesson live before the eyes of thousands of viewers who were following the broadcast at that time.

A not so easy process

Leaving aside the epic and magnificent of the moment, it must be clear that this has been a very remote and impossible to repeat demonstration. In order for Raven Software to ban a user from your game, it needs to gather the information necessary to proceed with the ban. Most likely, once they have enough complaints against a player, the people in charge of confirming that the player is playing dirty may watch live games to verify that they are indeed using illegal software.

It is for this reason that the bans in Warzone and Call of Duty are so complicated to handle, since the number of incidents is very high and it is very difficult to manage all of them. Basically, with this live punishment demo, what Raven Software is looking for is to show that they are there and that they are working to keep all users at bay as much as possible.