If your projects with an FDM type 3D printer are not quite right or if the head is giving you problems because it is stuck, it may be time for you to do a calibration to make sure you get the best possible results. In this article we are going to explain, precisely, how to calibrate the extruder or head of your 3D printer, so that you will not only avoid jams but also get the best possible performance from your device.

To get the best performance from your FDM 3D printer , calibrating the extruder is something you should do sooner or later (in fact, the ideal is to do it when it is new). By doing this, you will ensure that the amount of filament coming out of the nozzle is adequate (not too much, not too little), ensuring that your 3D prints have the right quality, that you do not waste filament and that it does not get stuck in the head.

The importance of calibrating the extruder 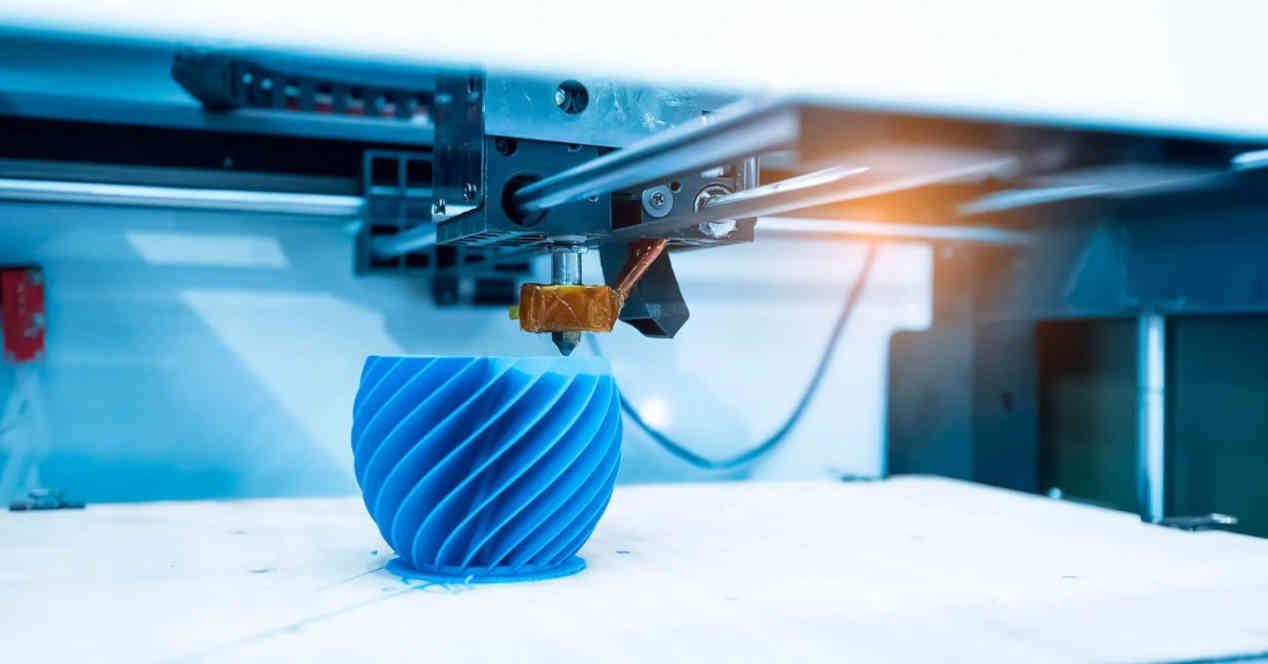 If you’ve ever run into trouble getting the first layer to stick to the surface, or if your prints come out with spots, bumps, or gaps, then the printer’s extruder calibration could be the culprit. Too little filament through the extruder will cause the layers to delaminate and cause poor adhesion of the print to the plate ; Additionally, too much filament can also result in warped or fiber-filled prints that shouldn’t be there.

On the other hand, a properly calibrated head will deliver the right amount of filament in each layer of the print, making the result optimal. That means that the first layer will adhere properly to the build plate, and the final result will look exactly the way it should (depending of course on the quality and precision of your 3D printer).

In addition, extruder calibration is a fairly simple and fast way to get a great improvement in the quality of your prints, and as you will see below it is something that you can do yourself without too much effort and without complicated tools. Also, calibrating the extruder works for both Bowden tube and direct drive types, so as long as your 3D printer is FDM type, our guide should help you.

Finally, it should be noted that the calibration process of 3D printers is a task that should be carried out on a regular basis to ensure that it works optimally. Doing so is especially important if you start to notice that your prints are warped or gapped, but it is still something that should be done from time to time even if the printer is apparently working fine.

How to calibrate the extruder of your 3D printer 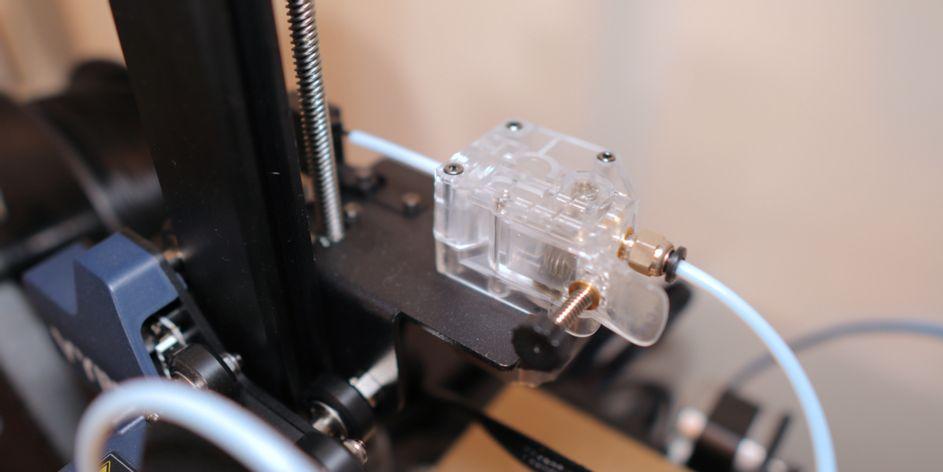 The first thing you should be clear about are the tools you will need for this calibration process. Obviously and as we have already mentioned, this is for FDM 3D printers with direct action extruder or Bowden tube ; In addition, you need filament, a Vernier caliper , an indelible felt tip marker of a different color from the filament you are using (to be able to see the marks that we are going to make) and, of course, a PC with the management software of 3D printing. As you can see, the requirements are nothing that almost everyone in their house does not have, except the size that you will have to buy.

The first step in this process is to load filament into the 3D printer. Check your printer’s instruction manual to find out how, but it should be a straightforward process (in most cases it will heat up the nozzle and then feed the filament into the extruder). Once the filament starts to come out of the nozzle, you will know that the printer is ready to begin calibration.

Make sure to remove any old material adhering to the end of the nozzle – ideally, it should be as clean as possible before starting the process. In addition, it is important that the nozzle is hot so that the calibration is as accurate as possible.

The next step is to connect the PC to the 3D printer, and for most printers, you can do it via USB. Once you have it connected and configured, you must put the printer in Relative Mode (this is done by sending an M83 command through the terminal). 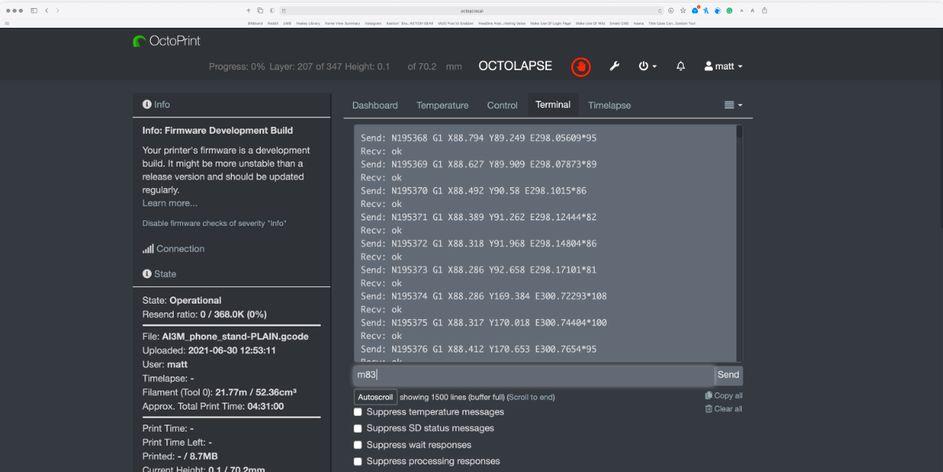 Next, you will have to measure and mark the filament that we intend to extrude. For this example, we set the gauge to 120mm and then measured 120mm of filament from the extruder inlet (or from the filament outlet sensor, depending on the printer). You should use the permanent marker to make a small mark on the filament with this measurement, and make sure it is visible and as accurate as possible (so do it with patience and a lot of pulse). 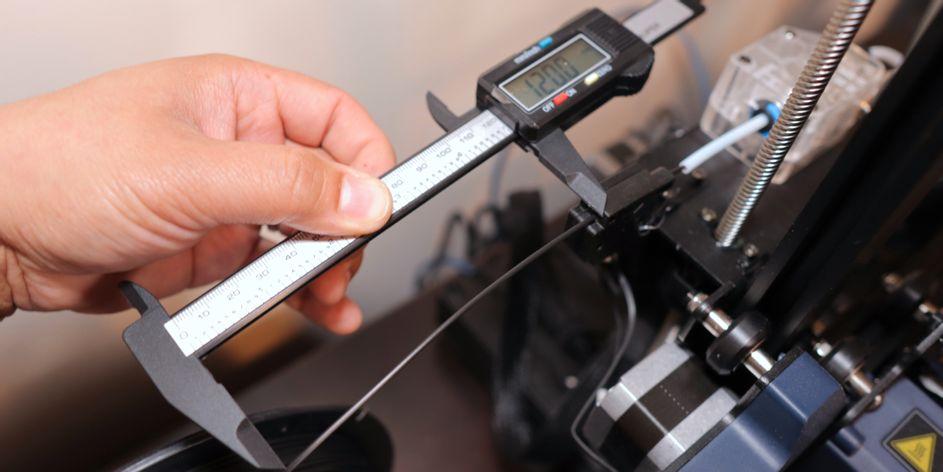 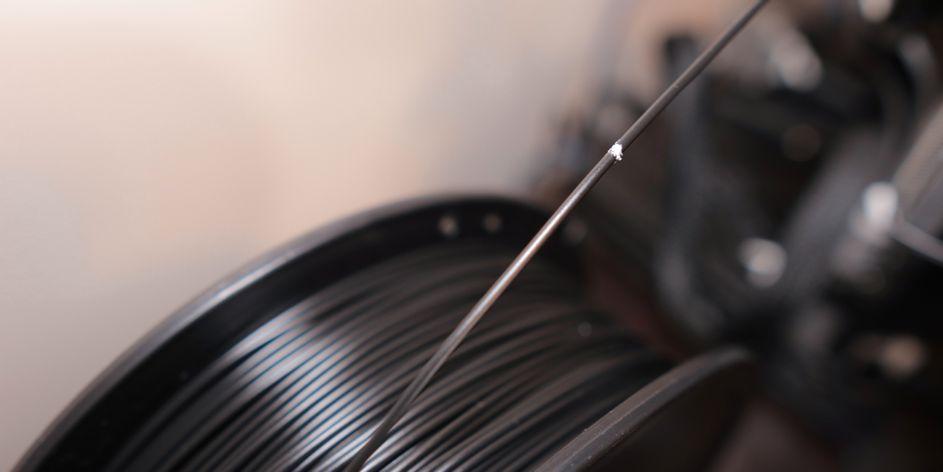 Now, using the gauge again, measure the distance between the extruder or sensor inlet and the mark you made on the filament. As we made the mark at 120 mm and in theory we have used 100 mm of filament, we should have only 20 mm of difference; If the measurement is exactly 20 mm, you do not need to calibrate anything because everything is correct, but if the distance is greater or less than 20 mm, then you do need to calibrate the extruder.

To adjust the extruder, you will need to perform some calculations; To begin, you will need to find the current value of steps / mm of the printer, and to determine this value you will have to send the command M503 through the terminal.

This should return you some lines of code as you can see in the screenshot above. Look for the line labeled “echo M92 […]” and at the end of this line you will find a value, which indicates the steps per mm of the printer.

Next, you will need to find the value of physical steps / mm, and this is precisely the measurement you took before. Suppose this measurement was 22mm, which would give 98mm of spent filament. Now you must calculate how many steps it took for the extruder to obtain that measure of filament, and for this use the E value that we took in the previous step multiplied by 100 (because we took out 100 mm of filament, remember).

If the E value of the extruder were 417.30 as in the example, then we would have 41,730 steps to reach 98 mm of extruded filament. The final calculation needed is the correct number of passes to extrude 100mm of filament, and to get that value we just have to divide the number of extruder passes by the current mm of extruded filament. Following our example, we would divide 41,730 by 98, which is equivalent to 425.81 steps / mm, and this is the value that we will now have to enter into the printer (replacing the 417.30 it had) to calibrate it. 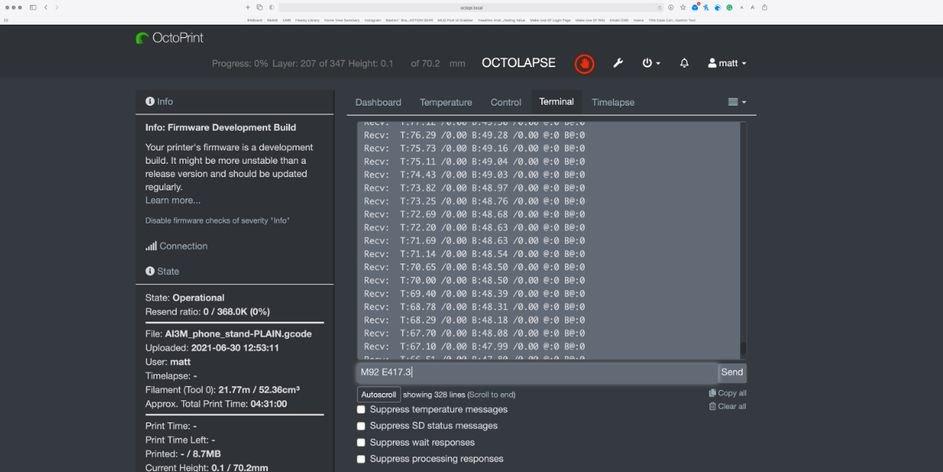 The final step to finish calibrating your 3D printer is to set the E value with the correct steps that we have calculated. To do this, send the M92 EXXX command to the printer in the terminal, where X is the value in steps / mm that we have calculated. In our example we would write M92 E425.8. Then you have to save the value sent with the M500 command, and we would have it fully calibrated.

At this point, it is advisable to restart the 3D printer so that it loads the new values that we have established and rerun the initial process (mark 120 mm of filament, extrude 100 mm and measure) to verify that now the printer takes out exactly the quantity of filament that must be removed, neither more nor less (otherwise, something has not gone well and you should repeat the whole process).