If you are thinking of going to another country on vacation, surely one of your biggest fears is being able to communicate in a totally different language with local people. This fear can disappear almost completely since you only need to carry your iPhone or iPad in your hand and one of the translation applications that we are going to discuss in this article.

Ideal applications to translate on iPhone or iPad

Obviously, learning languages must be one of our priorities, being English one of the basic languages that we must know. But unfortunately with English we cannot speak with everyone. For example, in China or Japan it is rare to find people who speak English on the street so we must resort to a number of applications with which to defend ourselves.

In addition to traveling, these apps are also going to be used for your language classes and also to translate some texts or emails important to you and that you don’t understand.

With this free application from Microsoft we can translate texts, voice, conversations and even screenshots. More than 60 languages are included so you can go to any country with this application and you will not require any type of internet connection since you can download some languages .

As we say, this translator is extremely interesting because it allows to translate conversations of up to 100 participants in different languages. It includes a series of verified basic expressions that we can learn to visit a new country. This application is compatible with Apple Watch, iPad and is also integrated into Safari to translate entire pages. 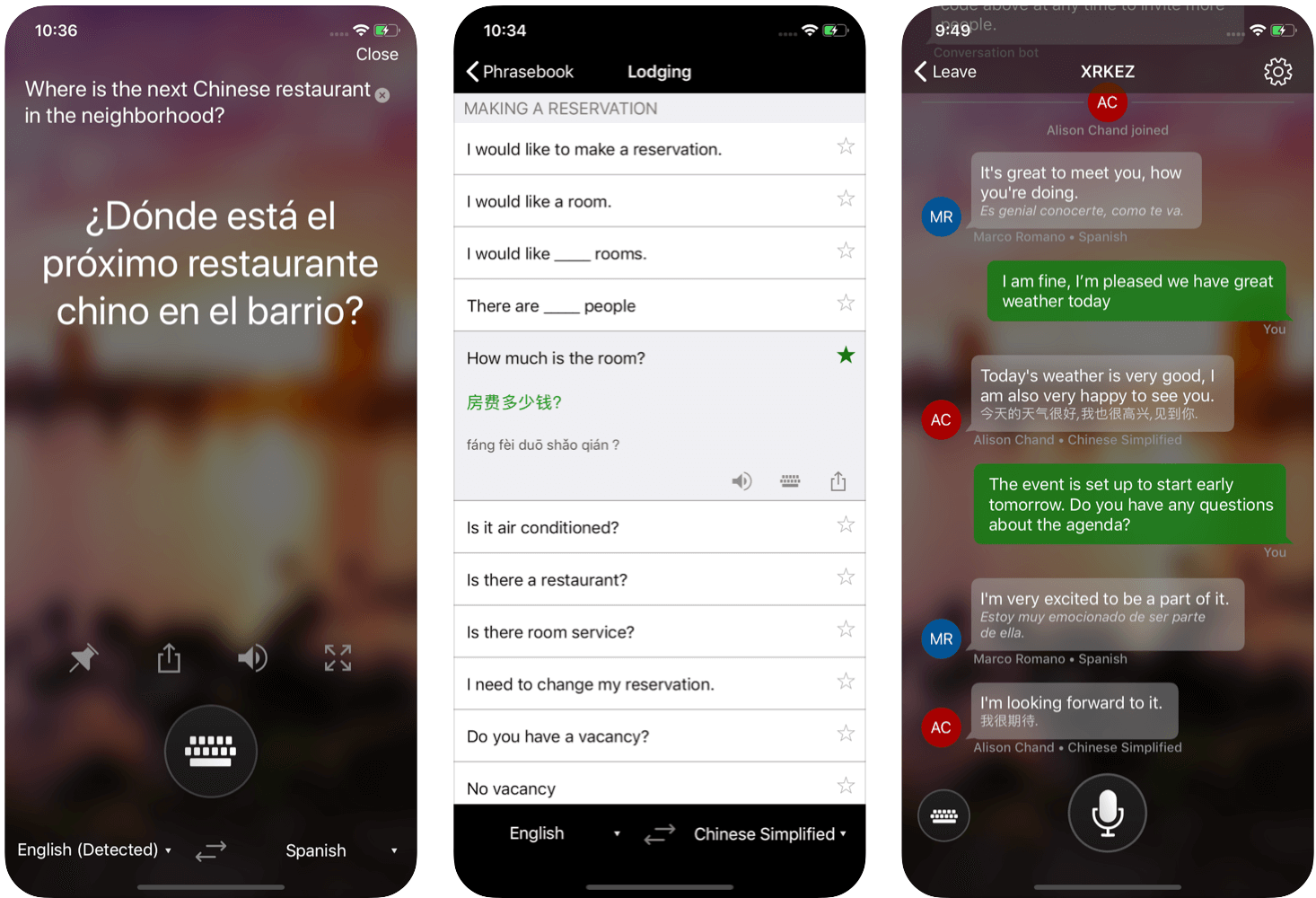 Free application that will allow you to translate both text, websites and even entire conversations in more than 100 different languages. It includes an offline mode so we don’t have to have an internet connection to perform the translation. Within each language we can select several different dialects. In addition to these basic functions, a Pro mode is also included that will allow us to use the camera to translate menus or signs instantly.

A very traditional translator that you have surely used in the computer’s browser. It allows us to translate texts in 103 languages and without internet connection in 59 languages. To this we must add the possibility of using the camera to translate both posters and menus in 90 different languages. And if you don’t know how to write something concrete with our keyboard, we can use your finger to write by hand and draw the specific characters recognizing 95 languages. If you are learning to speak a new language, with the Google translator some important words will be highlighted to investigate a little more in its meaning. 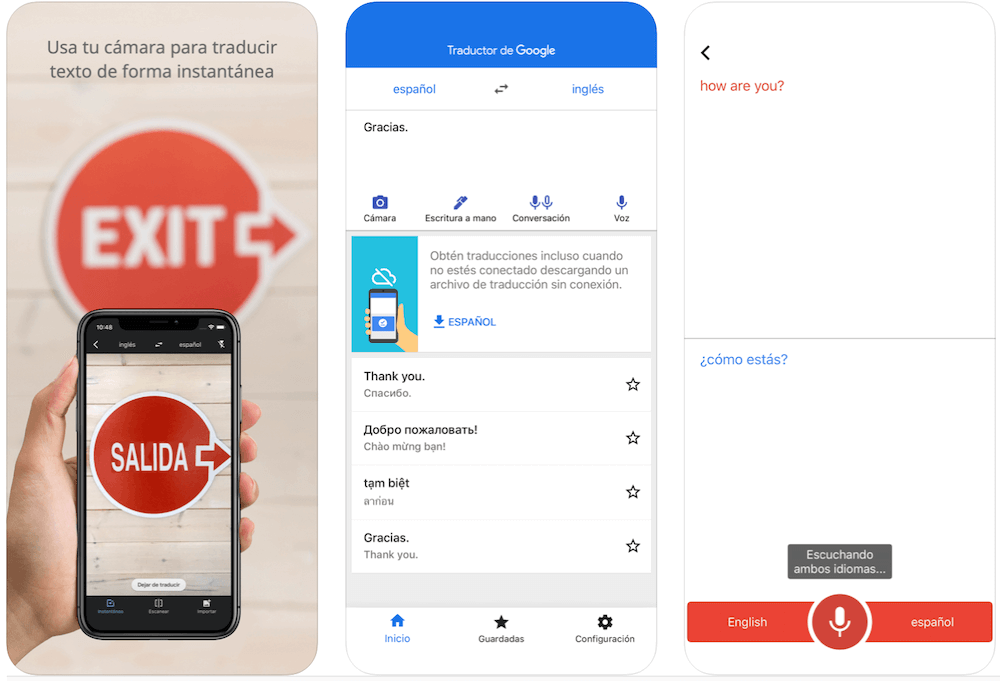 Translator that includes 117 languages in text and 54 for voice translation. It integrates seamlessly with Apple’s voice recognition to improve the speed of voice translations. It also works with iCloud to be able to store all the translation history so that they synchronize with all our ecosystem equipment. This is a free application although if we want to enjoy it without limits we must make the payment of a monthly or annual subscription. 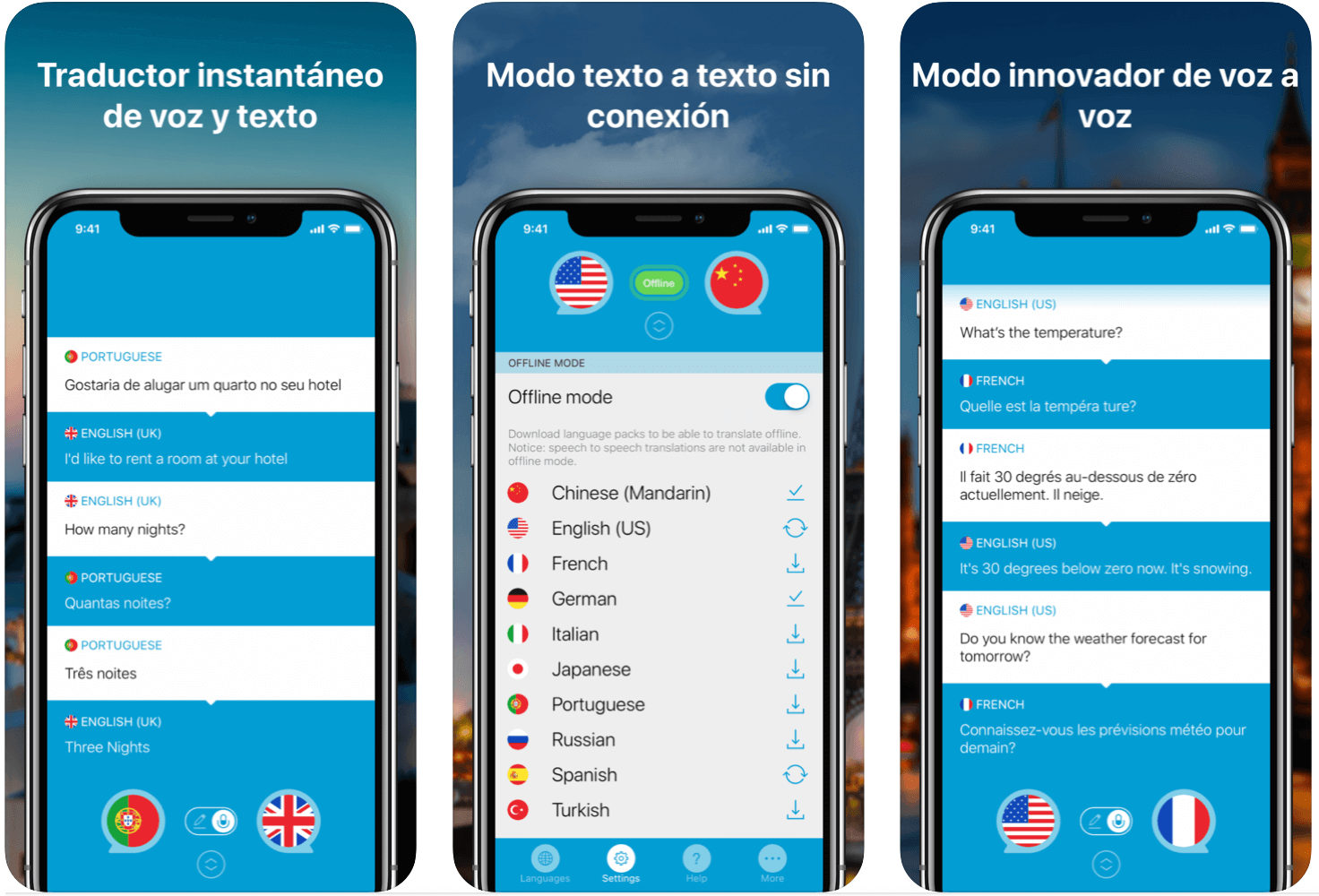 This translator is useful and fast as it allows us to translate texts in more than 50 languages. Over 300 translated sentences verified by authentic language professionals are included offline. If you want to listen to the translations you make, you must have the premium option to download the available voices. 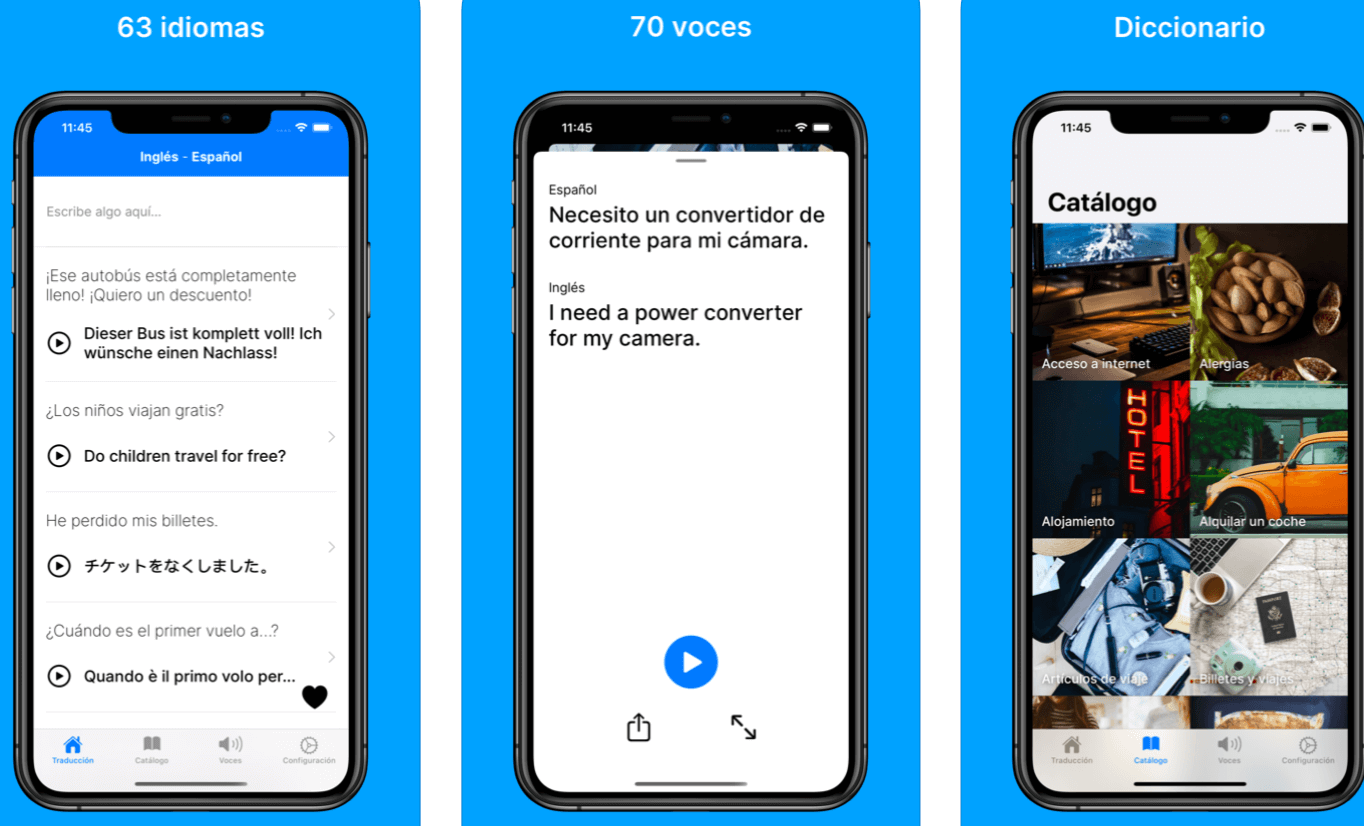