We are almost in summer and the sun is tightening, the temperatures are rising and with it our CPU begins to suffer, where in many cases the throttling begins to annoy us beautifully, especially with overclock. For this reason and for those who, in addition to good temperatures, await the end of the sound on your PC, today we will know the best passive CPU coolers on the market, some really curious and very few specimens.

There are a series of cases that occur with this type of product, and that is that there are very few companies that are focused on passive heatsinks as such. The “fanless” world has its market niche, small, but juicy if we consider the small number of models currently available, as we will see below.

Therefore, they are highly valued in this world and improving them is really complicated if factors such as larger dimensions are not added. What we’re going to see is the best of the best in passive CPU coolers, so let’s go there.

It is the natural evolution of its younger brother Alpine 11 Pasive. It is a sink as simple as it is effective, with straight lines and an almost square shape, we have a component that can passively dissipate up to 47 watts.

However, it has certain limitations, since it can only be installed in sockets 1151, 1150, 1155 and 1156, where it also weighs quite a lot as it is solid: 508 grams . The good news is that Arctic guarantees zero maintenance, including cleaning due to the fin system it carries. There is a specific model for AM4.

It is sold with an average price of 13 euros. 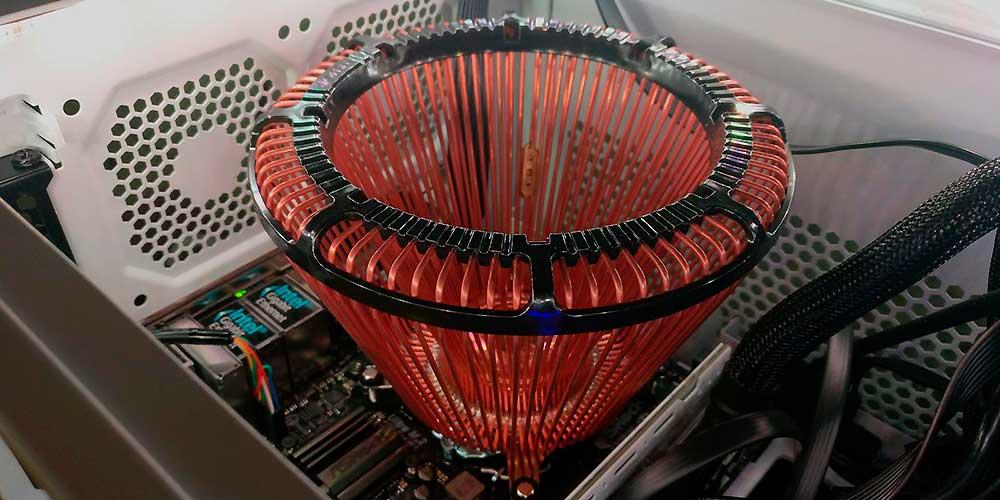 Here we talk about a multiplatform heatsink that carries a curious basket shape. Its virtue is to be totally copper and to move the heat from its extreme quality cold plate to a series of rods that are arranged at the top of it, forming a circle at its top, which does not prevent the free circulation of air and that helps to your heat dissipation.

We will be able to install CPUs of up to 80 watts on a large multitude of platforms where unfortunately AM4 is not found. Its price is very high, and is around 140 euros. 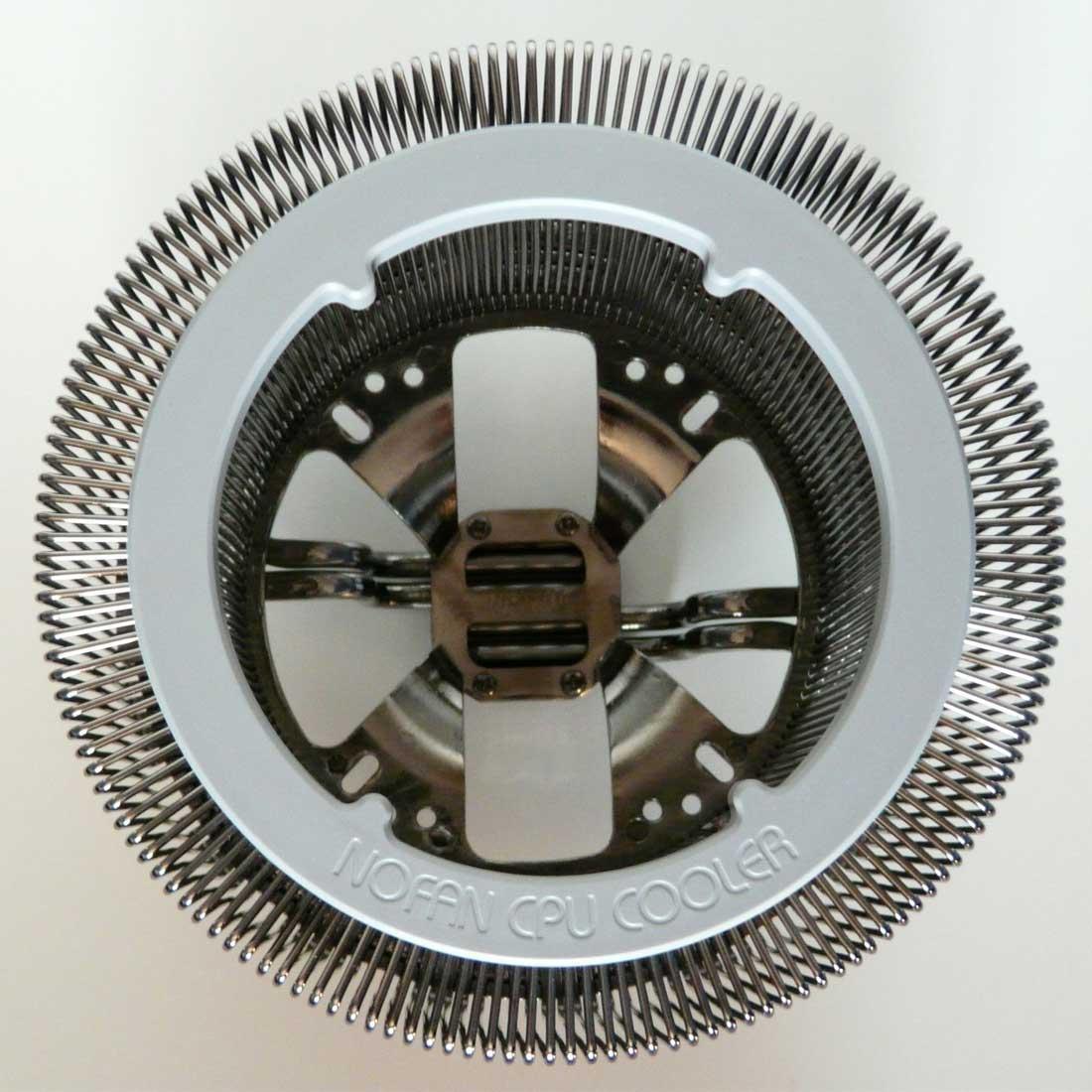 It is the jewel in the crown of the brand and at the same time it is difficult to find in our country. It shares the radial design of the CR-80, but this time its design is completely circular to improve convection heat transfer.

In addition, it integrates four heatpipes connected to its cold plate that are not visible from above and that are attached to an ICEPIPE with 160 contact points . One of its problems is again its NO compatibility with AM4, while at Intel we will have support for the entire 115X series. 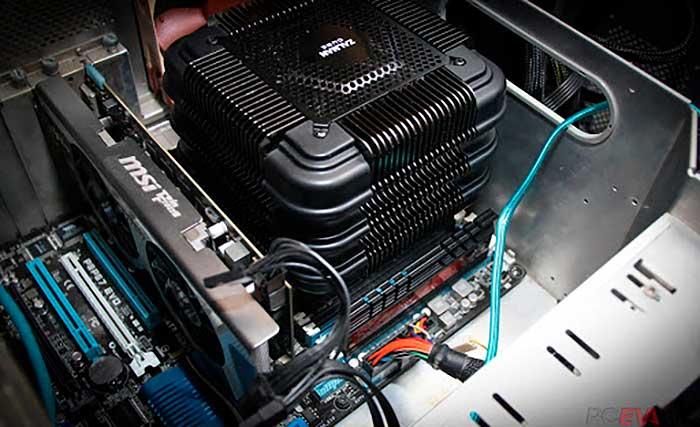 It is the eighth wonder of the manufacturer, a heatsink in a tower format that includes four heat pipes and a housing in its four corners. As expected, its materials are aluminum and copper, which given its large size gives it a total weight of 770 grams.

It lacks support for AM4, includes a cold plate of great invoice and has the novelty that a central fan can be installed if you want to maximize performance. Its price is quite high, although it is lower than that of its rivals, since it can be found for less than 85 euros. 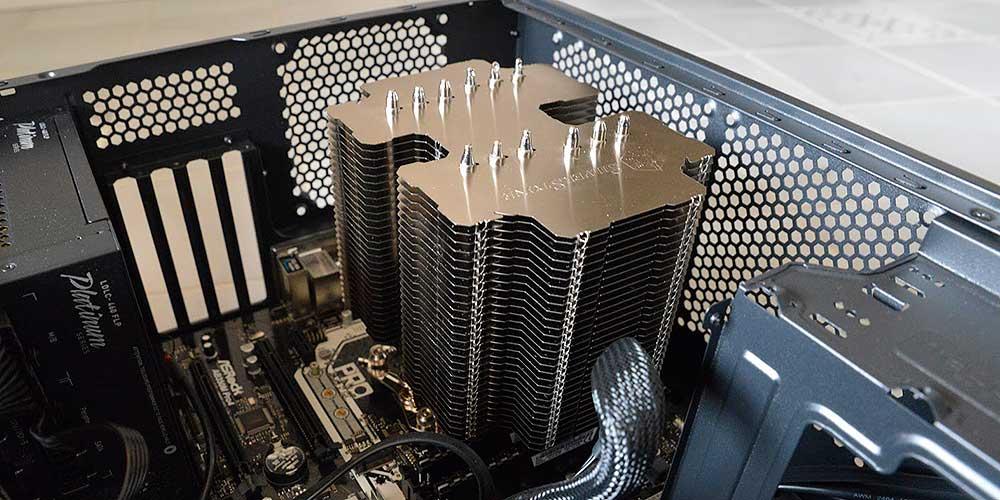 It’s the best passive CPU cooler ever, at least for now, as Noctua is working on a huge model to beat it. It is so good, that it is capable of dissipating a processor of up to 150 watts with a fan or 95 watts without any fan.

It offers the best current support with compatibility for almost all sockets, including some HEDTs (minus TR4). Keep in mind that it is 160 mm high and that it is very bulky, where part of the blame for this is that it includes a cold plate with six heat pipes.