Ubuntu is one of the most known and used Linux distributions. However, this does not mean that it is one of the best. Within the community there are users who do not agree with Canonical’s philosophy, both in packages included in their distro and in updates. Luckily, one of the advantages of Linux is that any community of users can adapt it to their tastes and needs. And so, if we like the concept of Ubuntu, but not distro Canonical, we can find other Linux distributions based on Ubuntu to use on our computer.

Each community of users adapts each Linux distro according to their tastes and what they think may be better for all types of users. Since creating a Linux distro from scratch is very complicated and takes a lot of work, many choose to take other distributions as a base and adapt them to their needs.

Given the success of Ubuntu, the number of distributions based on it is very large. Next we will see the most important.

Ubuntu is the main distribution of Canonical. This distro uses the GNOME desktop and comes with a large number of programs and tools of all kinds so that users, both experts and inexperienced, can develop their work well.

However, Canonical itself offers a series of official distributions based on Ubuntu but using another desktop and other tools by default. 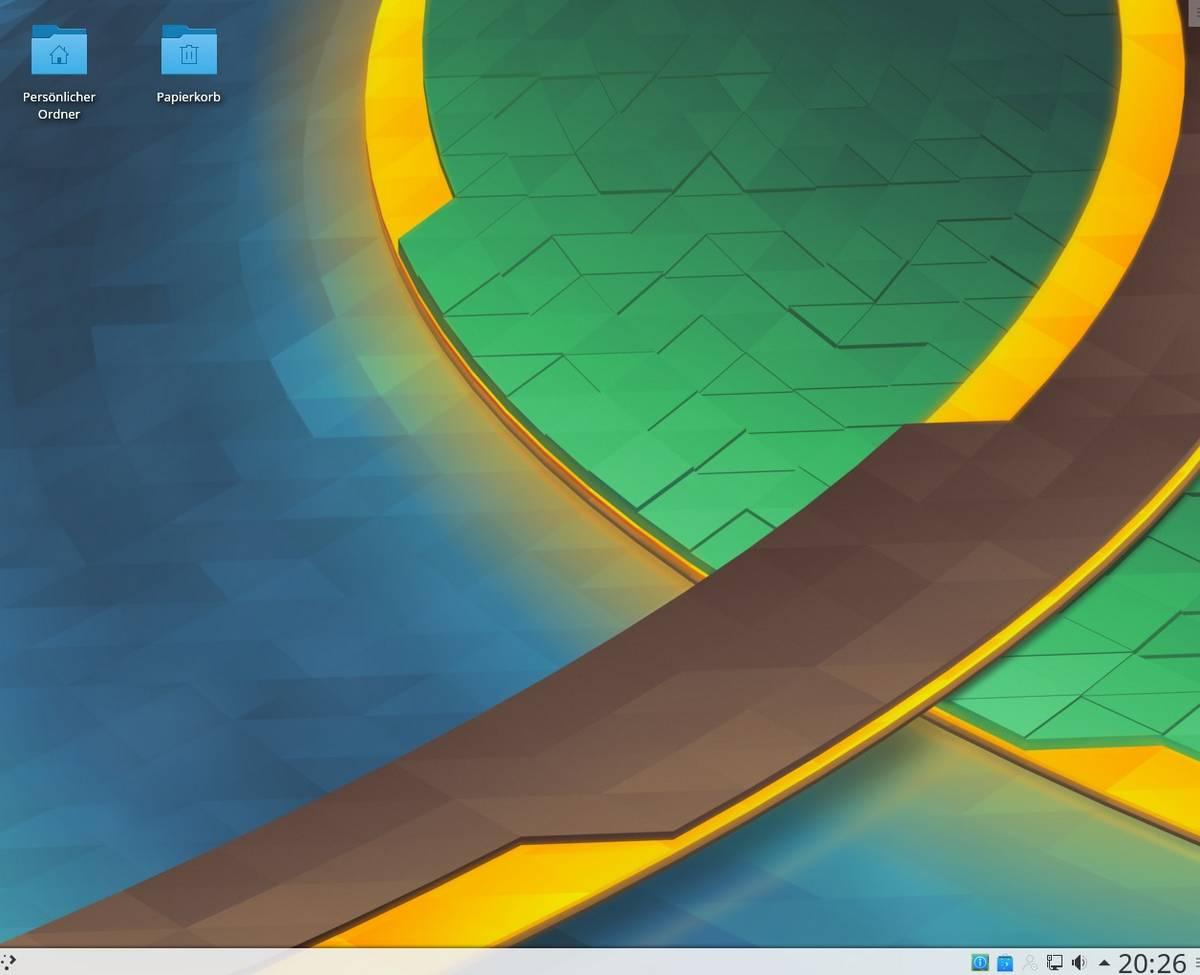 Kubuntu is one of the Ubuntu-based distros best known and used by users, especially those who do not like GNOME. The main feature of this distro is that it comes by default with the KDE desktop, but it shares the same repositories and the same other features as Ubuntu. Just change the desktop, and GNOME applications, for KDE’s own. Ubuntu and Kubuntu are very large distros and designed for relatively modern computers. However, if we have an older computer and want to be able to use a distro of this style, then one of the best options we can find is Xubuntu.

This distro derived from Ubuntu changes the entire GNOME environment and all the tools for XFCE. This desk is much lighter and more efficient. In addition, change some of the heavier programs (like LibreOffice) for lighter ones (like AbiWord) without losing functionality. 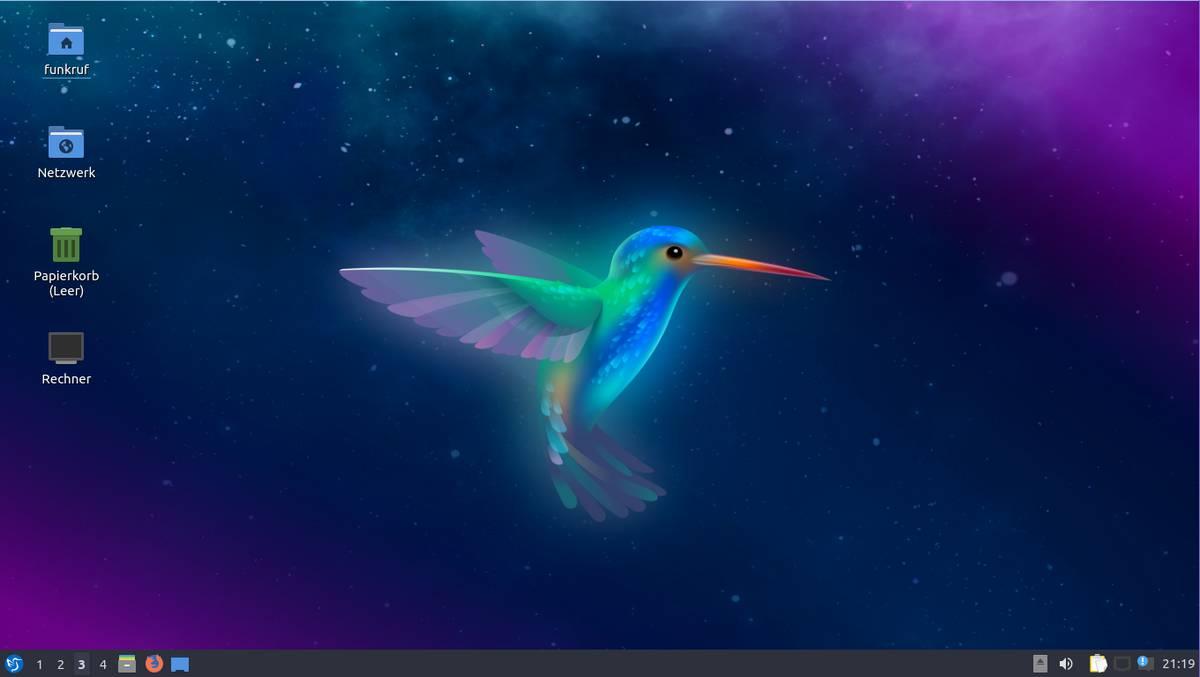 Following the line of light distros, Lubuntu is another of the best options we can find if we are looking for a fast and efficient system. Also based on Ubuntu, this distro changes the entire GNOME desktop to LXQt (before 18.10 it used LXDE). This distro also changes many of the applications that Ubuntu installs by default for lighter ones according to the target audience of this distro. 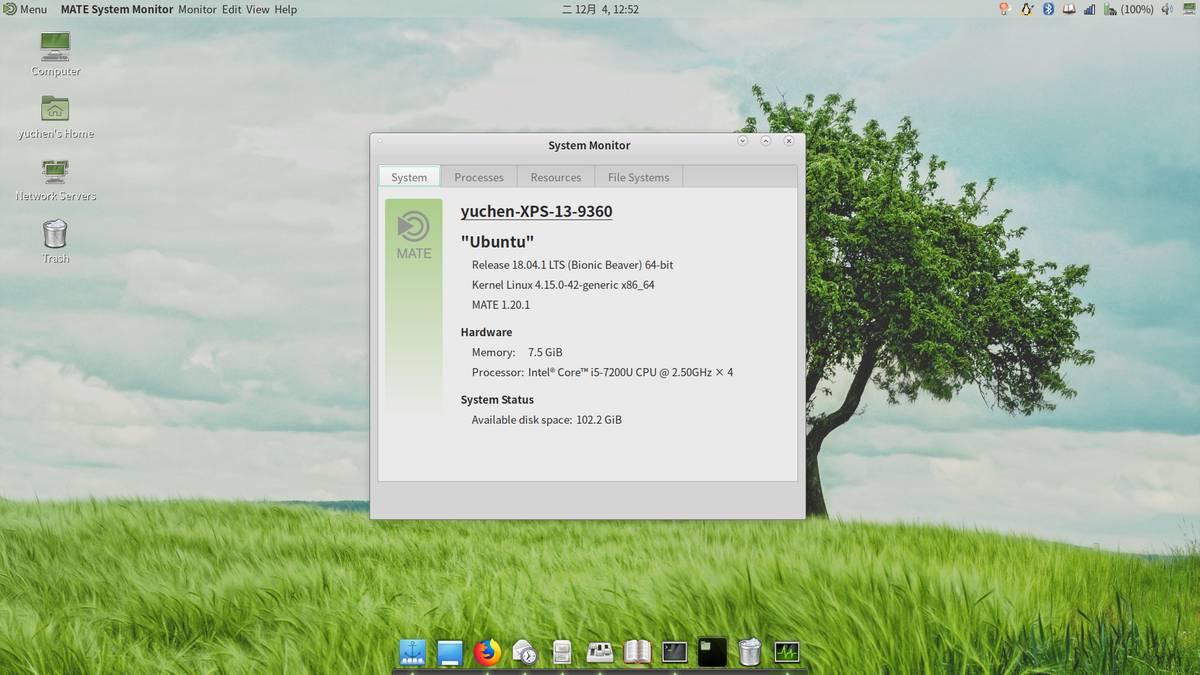 The change to Unity, and later to GNOME 3, did not like the most veteran users. Therefore, part of the community separated from the main branch giving rise to Ubuntu MATE. This distro is characterized by using the MATE desktop, a direct fork of GNOME 2 that is faithful to how the Canonical operating system was before 2011.

Thanks to the use of MATE, the resources consumed by this distro are much smaller than those used by other distros, being perfect for professional and amateur users.

We can download Ubuntu Mate from the following link . 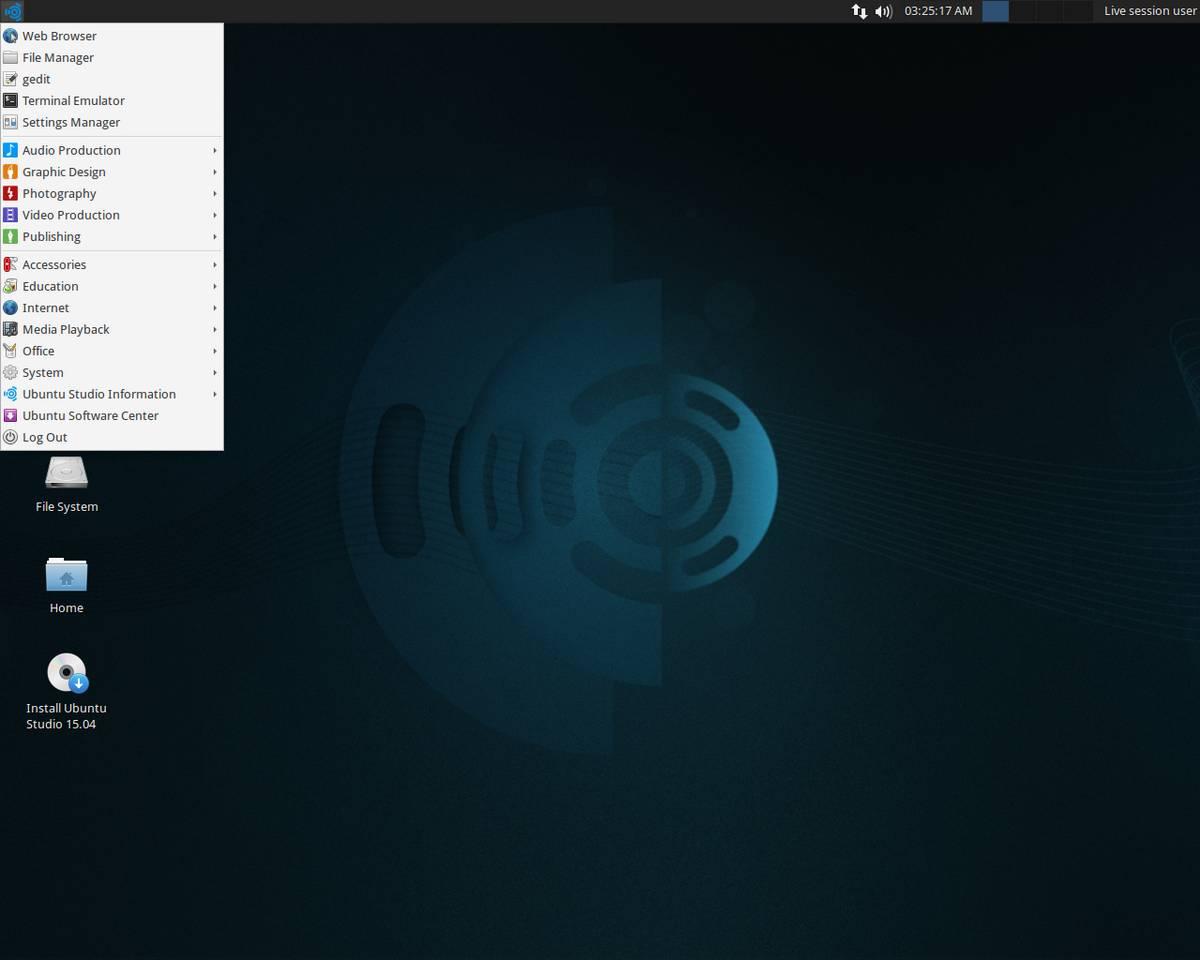 This distro uses the official Ubuntu repositories, and has an XFCE desktop. Its main feature is that it has a real-time kernel, which cancels all types of latencies, as well as an infinity of 2D and 3D programs, audio and video editing, as well as other audio plugins.

We can download Ubuntu Studio from the following link .

And they bring incredible features to the Linux ecosystem, as we will see below. 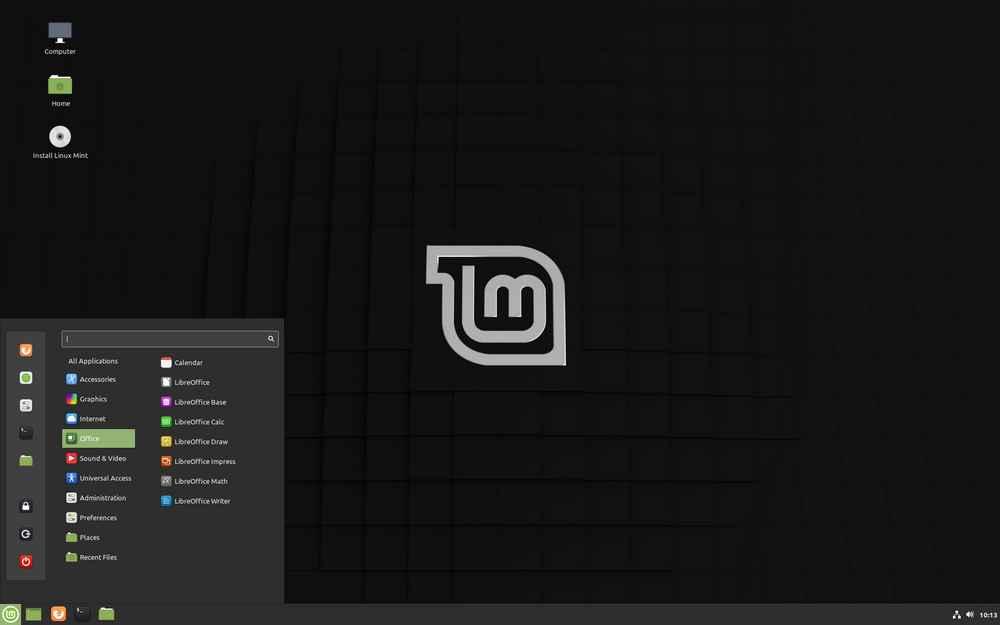 As time has passed, users who had always been loyal to Ubuntu began to tire. This is how Linux Mint was born, an Ubuntu-based distro that ends all Canonical decisions that users have not liked and achieves a very fast, stable and reliable distro at all times.

This distro makes a radical cleaning of Ubuntu, eliminating all the packages installed by Canonical and replacing them with the Mint Apps, its own applications to manage downloads, updates, applications and much more.

Linux Mint can be found with several desktops: Cinnamon (the default desktop), Mate and Xfce. Thus, each user can choose the one that best suits their needs and the one they like best.

If we want to try this distro, we can download Linux Mint as we show you in that article. Many users say that Linux is ugly, and that Windows and macOS take much more care of the details. Very far from reality. Elementary OS is a distro also based on Ubuntu whose main feature is its design.

This distro seeks to bring Windows and Linux users an appearance very similar to that of macOS in many ways. For this, it is committed to a fully open system and adapted as standard to mimic Apple’s operating system, with the top bar and the application launcher at the bottom. It also comes with a large number of applications installed by default to be able to use this distro from the first moment.

In the following link we explain how to download Elementary OS and how to put it into operation on your computer. 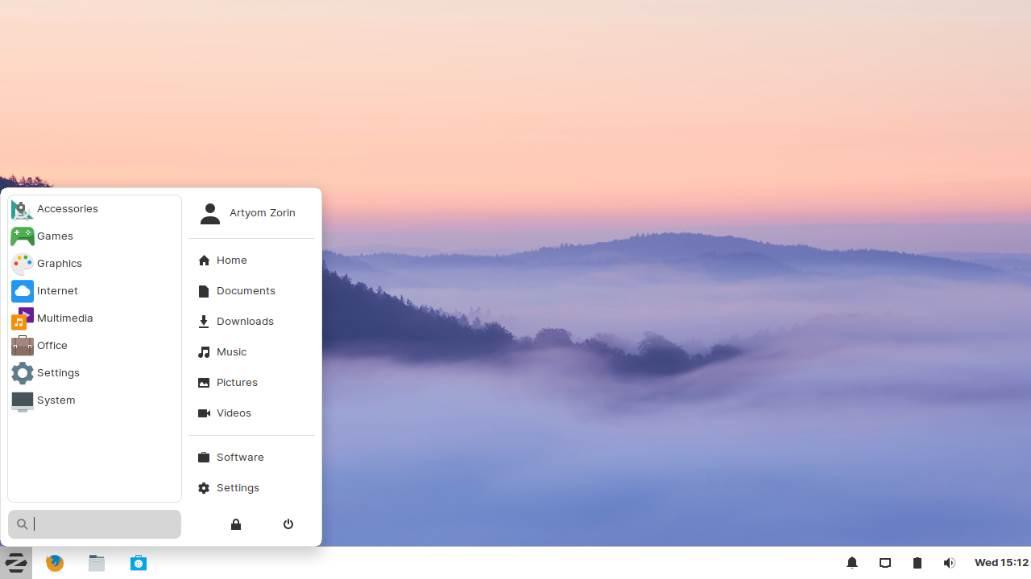 Zorin OS is one of the most interesting distros we can find today. Its developers have known how to take the development of this distro to gain the trust of Windows XP and Windows 7 users who are looking for a modern, safe, fast and easy-to-use system without having to make the leap to Windows 10.

Zorin OS is available in several editions (Core, Ultimate, Education and Lite), so each user can choose the one that best suits their needs. The distro is open source and free, although the Ultimate edition asks for a donation to download it (and only includes pre-installed programs and games).

Below we explain how to download Zorin OS to give this Windows alternative a chance. KDE Neon is often confused with Kubuntu, but the truth is that they are two totally different distros. Although both are based on Ubuntu, this distro specifically offers us a version of Ubuntu LTS (extended support), on which it installs the latest version of the desktop and KDE applications.

We can download KDE Neon from the following link .