One of the accessories that you can have at home and that allow you to automate tasks are the plugs. If you also want your operation to be controlled with your smartphone, then the choice is quite clear: you must buy some of the smart plugs on the market. We show how to choose an economic one that is of quality and, also, several models that we believe are a good option.

All models that can be considered as smart plugs include wireless control option. Some, the best, do this via WiFi (but there is no lack of those that also allows the use of Bluetooth). The case is that it is necessary to place them in a place where they have good coverage so that their operation is optimal and they do not have problems as an advisor. This is important. What can be done with a smart plug

The main thing is to control when what is plugged in has an electrical supply. Therefore, and if we take as an example a console, it can be managed if it is possible to play it with that outlet because if the accessory is off it will not be possible to use Fortnite or any other title. 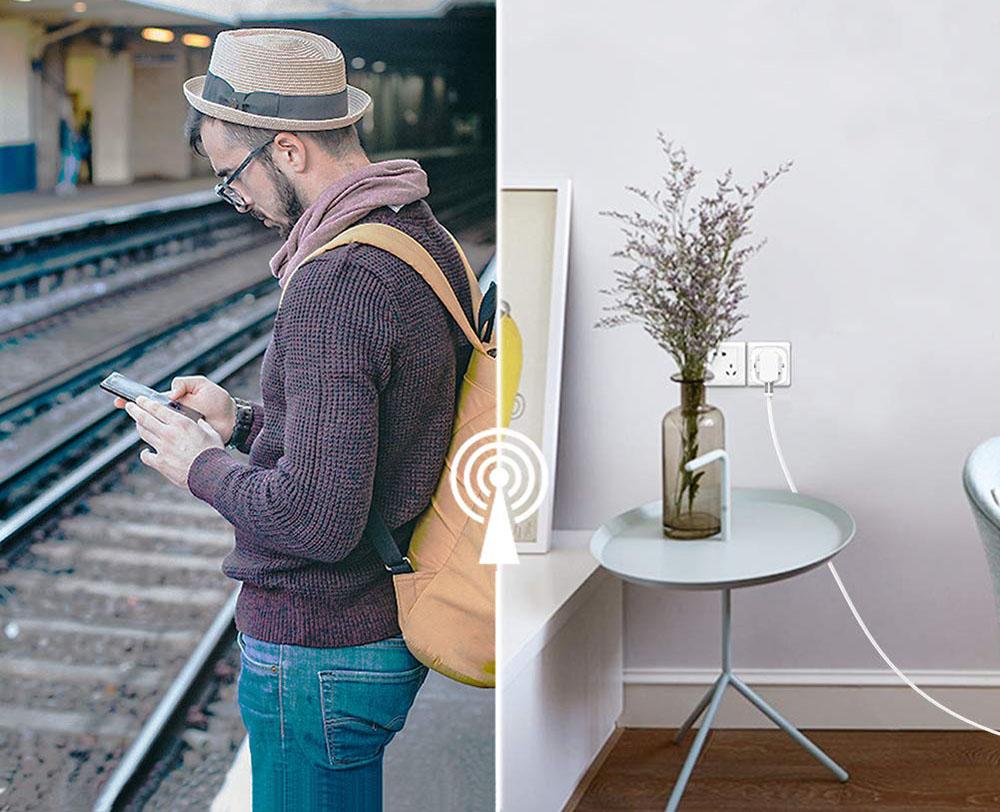 Apart from that, it is also possible to establish usage schedules, so it is not a bad solution to be sure that home radiators work at desired times. This, in addition, also makes the so-called “phantom” consumption at rest of some devices that are always connected – such as Smart TV or a monitor – non-existent. In short, we talk about gaining control in a simple way both in the use and in the cost of electricity.

Feature that should always have one of these accessories

Currently, one of the first things to review is the compatibility they offer to be used in Spain. This may seem obvious, but it is worth looking at this so as not to have pleasant surprises. Thus, for example, the power outlet must be schuko type so that it is possible to connect any device without any problem. And this should be so whether the smart plug model is wall mounted or directly connected to an existing element.

The next step is to check the connectivity offered by the device. If the model in question is Bluetooth , control of all parameters is done with the smartphone whenever it is at a distance that offers coverage (usually 10 meters). If the device includes WiFi , which is what we recommend, avoiding having to be close to manage everything the smart plug will do, which is positive. And, in addition, thanks to this the compatibility with assistants like Google’s own or Amazon’s Alexa something that is quite important to achieve greater ease of use. 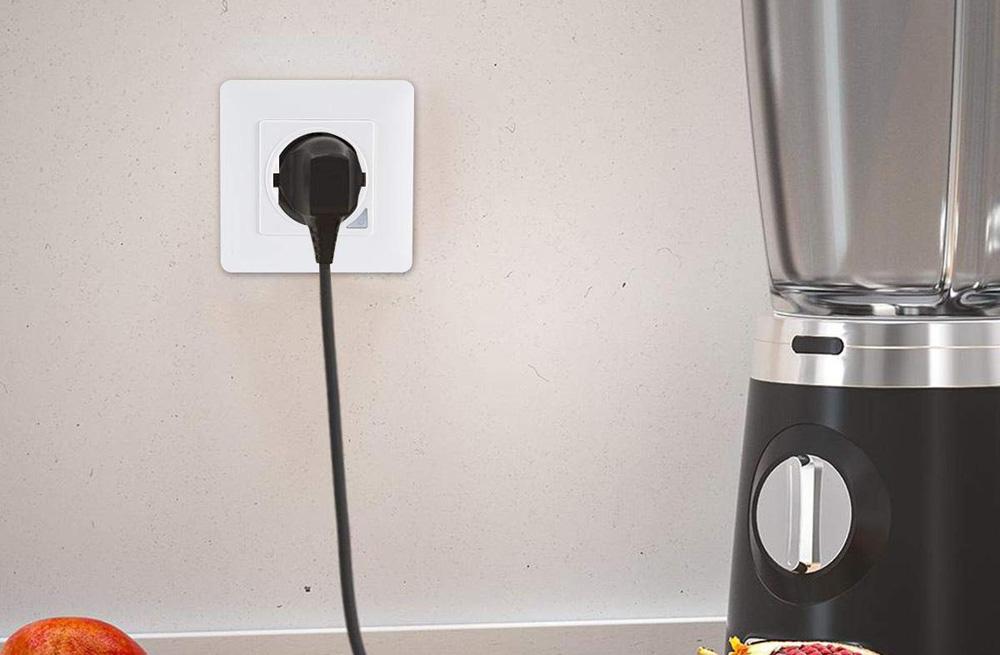 We believe that it is also essential that a power button is included in the product so that, if necessary, it can be used and avoid bad manipulations and configurations. In addition, the consumption they have in operation should not be very high – we always talk when using WiFi- connectivity, while what is capable of supplying at all times is recommended to be above 3,000 W (16A).

Compatibility they must offer

This also has its importance, since a control application is usually included, which is what allows the different usage parameters to be established. The case is that this development must be available for both iOS and Android , so that you have no problem with the terminals you have or those that can be obtained in the future. 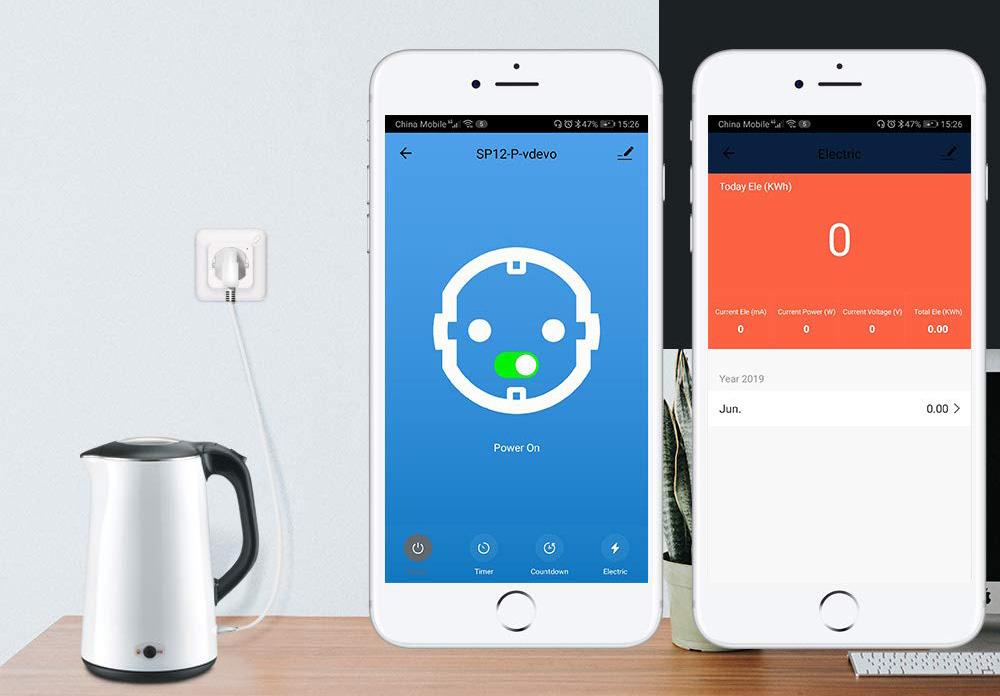 Finally, it is not a bad idea to verify that the materials used in manufacturing are of quality and that, among other things, they are flame retardant . This avoids having an unpleasant surprise in the event that a short circuit occurs.

Smart plugs that we recommend

A very solvent model that allows a complete remote control and, of course, programming is a possibility that is included. With several integrated security options, such as protection against high temperatures, it offers access to the use of voice assistants and also to the IFTTT service. A very striking option of this model is that apart from offering WiFi, it also includes Bluetooth … so all connection possibilities are present. 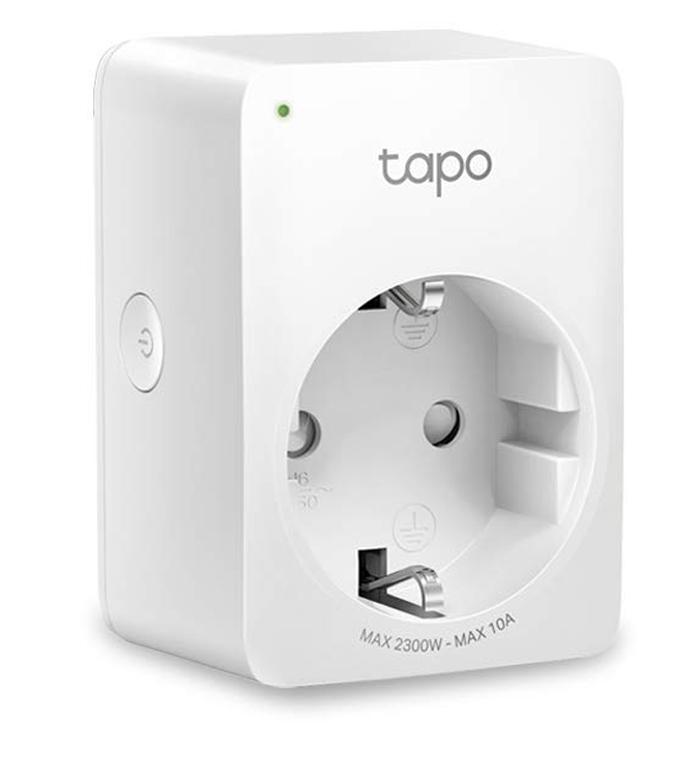 A model that is complete and that, among other things, can be used even on strips. With a power button that lights up, so finding it is very simple, the output power it allows is 3,300 W, so it is more than enough to connect even a large Smart TV. Compatible with Google and Amazon assistants, its Plastic design is quite attractive and functional. A good smart plug. 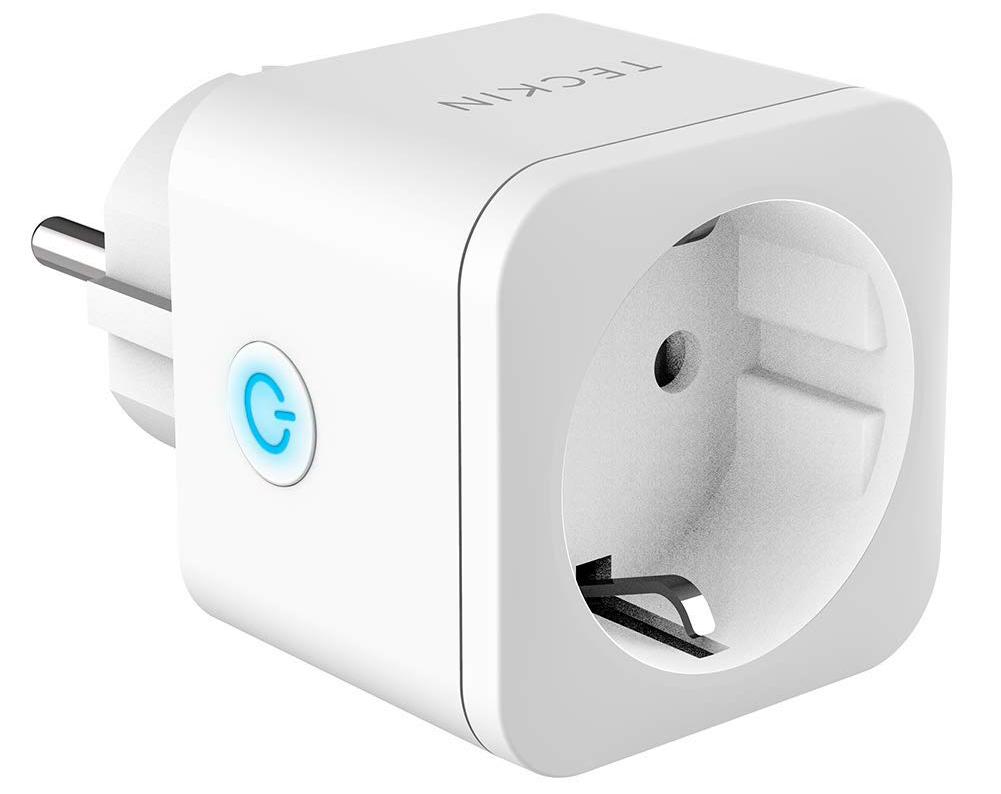 A wall model that prevents having an accessory of this type startles more than necessary and seems to be an integral part of the house. There is no lack of a power button, which should be much more visible, and its operation is optimal, which can be seen in the ratings of those who bought it, which are quite positive. Simple to install and use, the options it allows include usage timer and, of course, voice remote control. 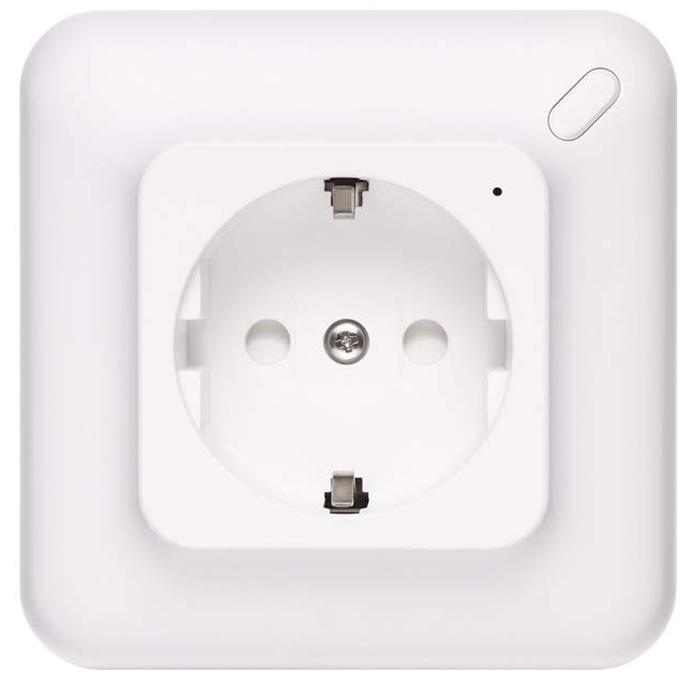 One of the great virtues that this model has is that when connected, it just sticks out of the traditional plug that is used … so this smart plug is aesthetically recommended. With a wide compatibility since, apart from the usual voice assistants, ta, IFTTT could be used well, a MediaTek chip is included inside that optimizes the WiFi range and significantly reduces the consumption of this accessory. 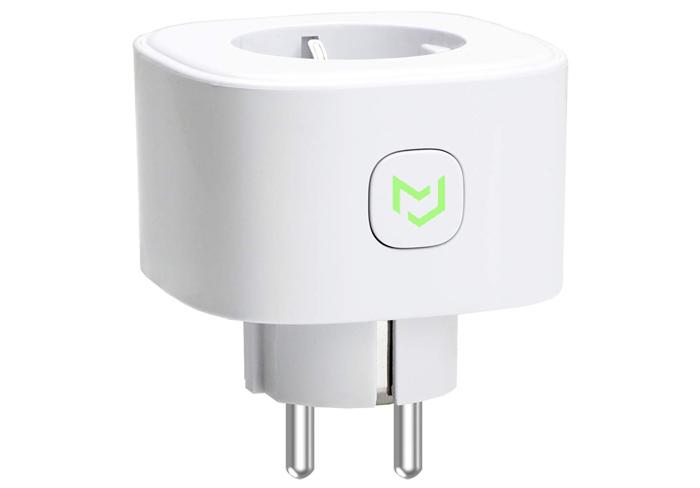 Another of the models that stand out for having small dimensions that allow it to fit anywhere (and does not lack a power button). This smart plug is certified for the use of voice assistants such as Alexa. The control application, compatible with iOS and Android, can be used as a remote control and allows you to create groups to share the use with friends or family.

The quality offered by this model is really high, with a very consistent manufacturing with materials that offer protection against high temperatures. Because of this it is the only model we have chosen that opts for the use of Bluetooth as a connectivity option (also includes zigbee). Able to service up to 50 bulbs, so its power is more than enough, its application allows the use of voice to manage everything. 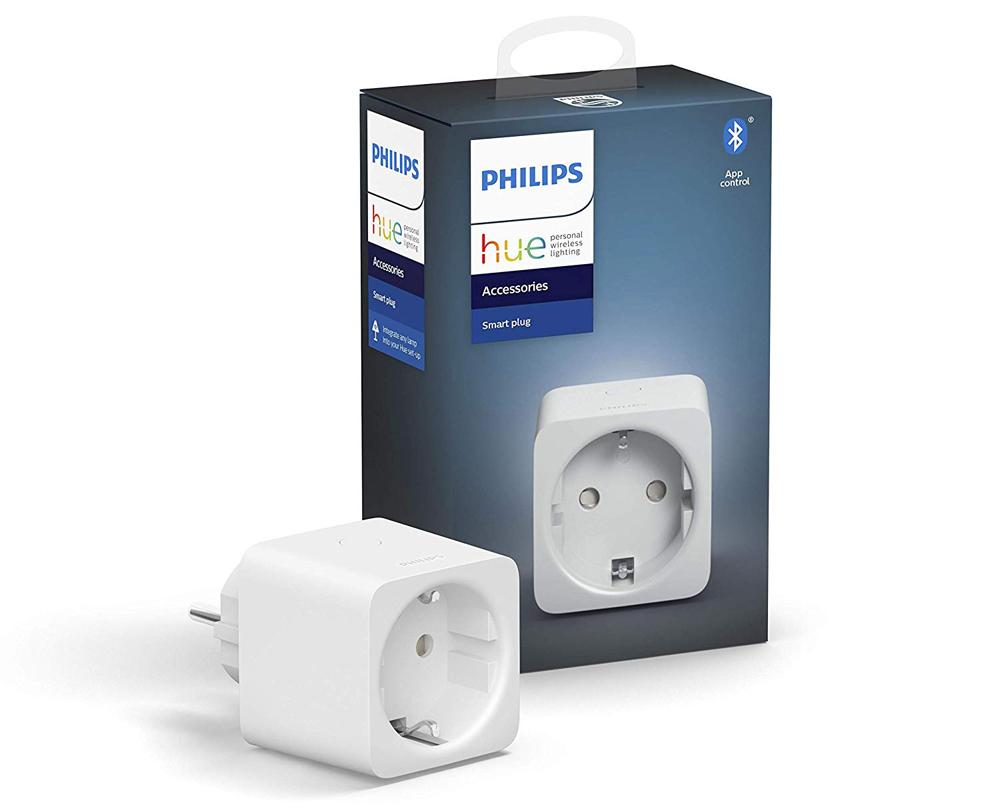 One of the things that attract the attention of this smart plug, is that the application that includes iOS and Android is very complete. It even allows you to monitor consumption. With access to a very simple voice control, with options to use Alexa and Google’s assistant, you don’t need a hub to work via WiFi. Its white design is quite striking and the off button should be much more present. 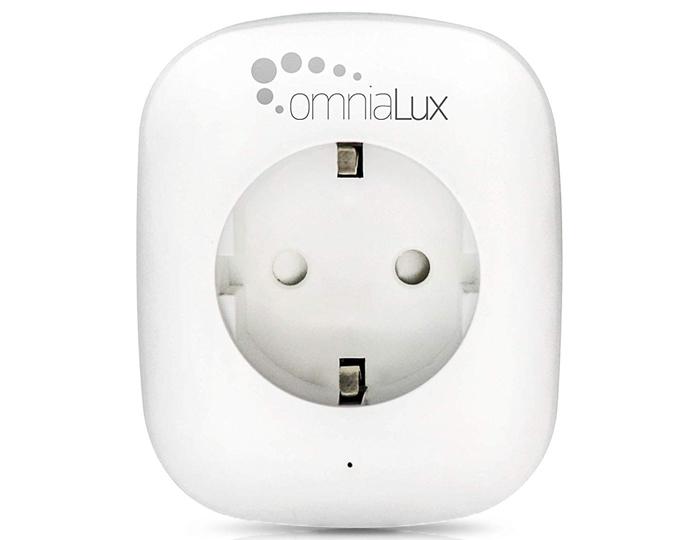 This is another of the models that fits perfectly in the traditional plugs, so it is barely noticeable that it has been placed. And, this is a virtue. In the sections of connectivity there is nothing missing since voice assistants are an option that is present as well as the use of IFTTT. It includes several protection technologies, which is always positive, its power is 3,680 W, more than enough for all types of uses.

Above all, power is one of the things that stand out from this smart plug. No less than 3,600 W is what it allows (16A). Therefore, there is virtually nothing that is intended for the home that cannot be used. With a simple use to set from schedules to emergency shutdowns, you will not find any lack of compatibility in this accessory. WiFi coverage is quite wide. 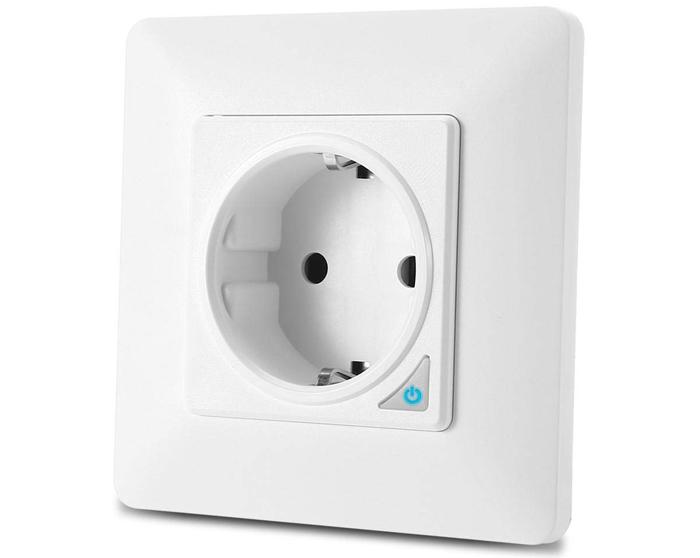 Another smart plug that allows you to measure the consumption that is made thanks to its application. In this way, it is possible to know if there is something that is exceeding what is plugged in. With a power above 3,000 W, its plastic finish is white. With small dimensions, it includes a useful LED information that is appreciated. It does not lack a power button and advanced use options such as being able to set a timer. 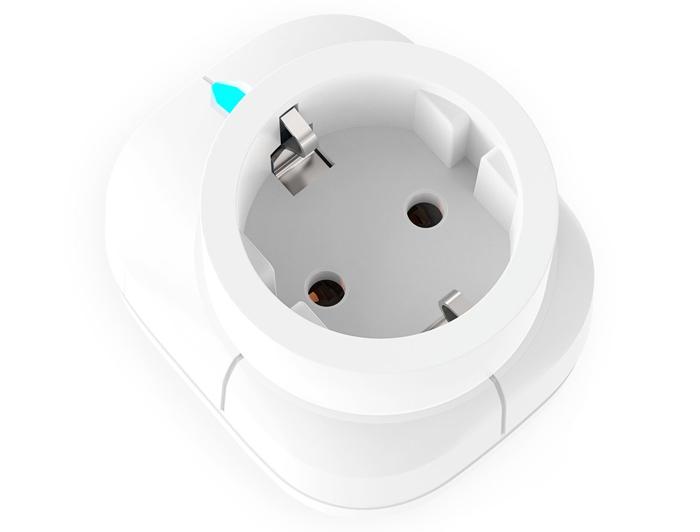