Memes have become internalized in the lives of many people, since everything that is relevant is accompanied by a meme. And surely you yourself have thought: ‘I am capable of creating memes that are viral’, when you have seen these creations. Now you can demonstrate it with a series of applications that will allow you to make these creations in a very simple way. We tell you the best options that can be found in the App Store. What to look for in meme creation apps

As we have previously commented, there are many memes that can be found on the net. But not all of them are perfect, and you have to look for the one that has the best characteristics and that adapt to what you want to do with this type of comic images or videos. The main points to look for in these applications from the App Store:

In the event that you are a person who is overwhelmed by very extensive menus or those applications that have extra functions, there are many that are simple. This means that they have a very easy-to-use interface and the right tools to create your memes. Here we show you the best options in the App Store. 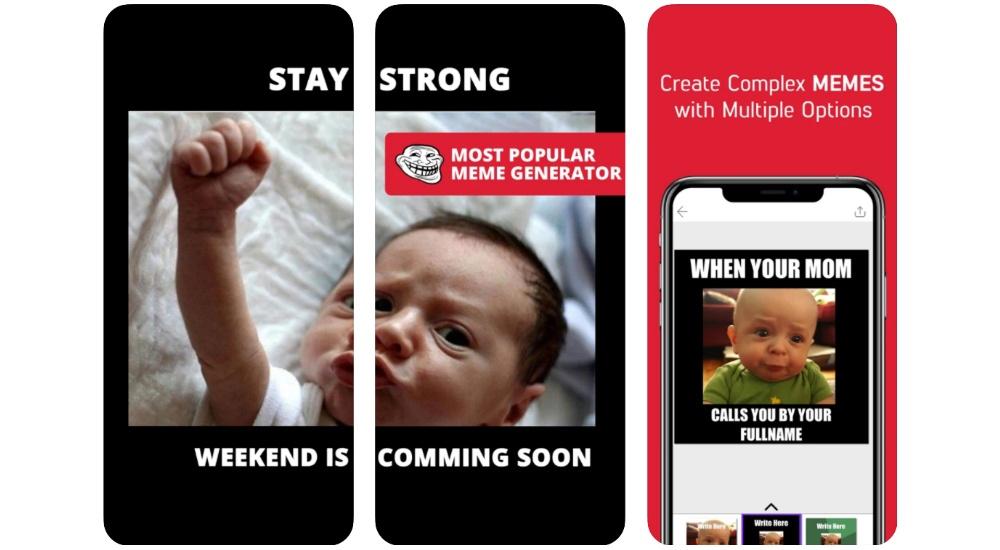 Have you thought about creating a new meme and going viral on social media? It is possible to achieve this with this free application in which you can create and share original and famous memes in a few seconds. You will initially choose between the latest image formats and also among the most classic ones on the internet, adding your own text to make it as personal as possible.

You can also design memes from scratch through the available templates. Here it opens an interface that is quite easy to use and with a wide selection of memes including the great classics. To all these you can add stickers, emojis or effects, as well as text boxes that are fully customizable. 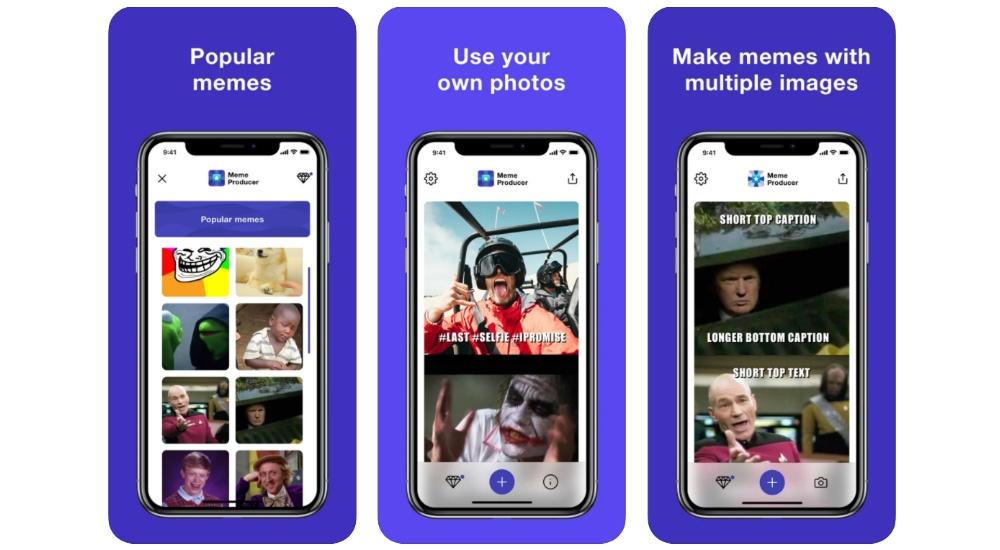 Meme Produces is a free application that allows you to create your own months. It has a really simple design that makes it possible to have a meme as quickly as possible. You can add more than one image to your meme and choose from a large collection of popular memes or even choose from your own photo gallery to make them much more personalized, which in the end is the goal that each one has.

You can customize subtitles and captions with a single tap to use phrases that are more familiar . These memes can be shared in a very simple way through the different social networks. At first, all these features are free, although they have advertising to be able to finance themselves. That is why you can pay a subscription to use it freely. 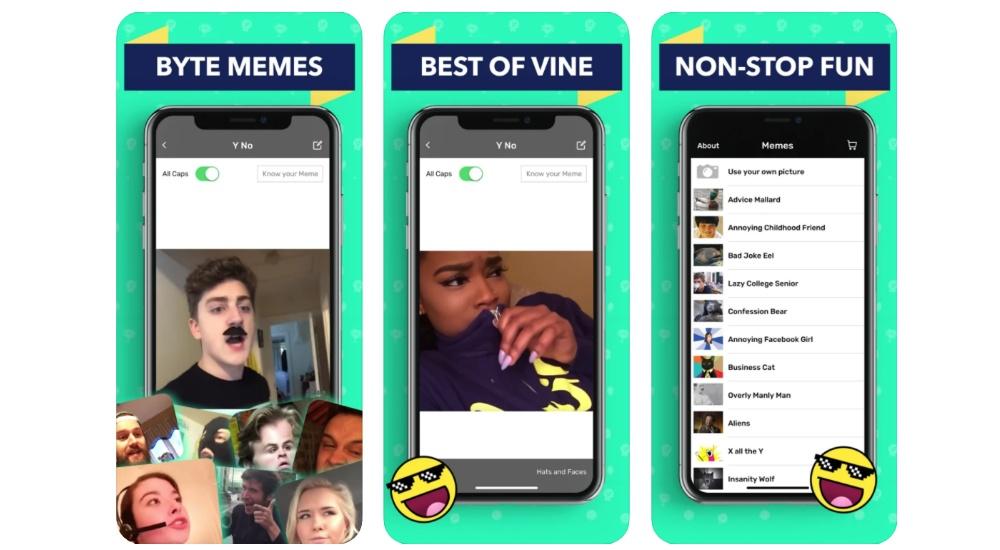 This application allows you to unleash your creativity by receiving the best moments that Vine has . In addition, you can also explore the new world that Byte offers. The use is really simple since it is designed to be able to create them quickly without having to worry about spending a lot of time in the connected application.

You can create memes on the fly by choosing some models that are mythical such as ‘Forever Alone’ or ‘Sucess Kid’ and many more. Obviously these come with a specific text, but it can be easily edited with a single touch. At the moment you will save it in your personal photo library to be able to publish it on your social networks or share it through messaging services. 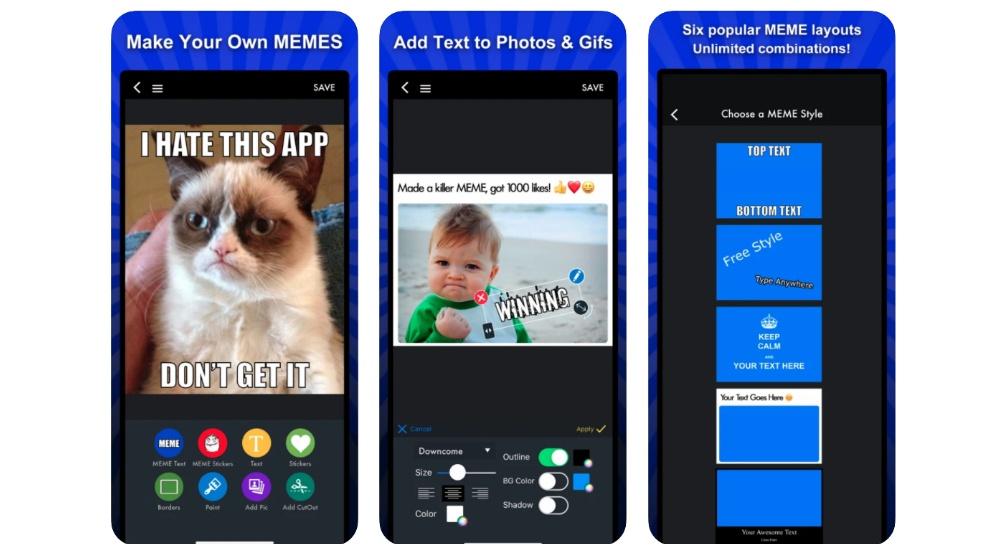 The latest meme creator on the internet. You can create images in a very simple way and have designs that are fully customizable for you. Add text on the meme at the top or bottom easily while always keeping calm making the memes always as light as possible. All these basic tools are those that are included in the free version of the application.

In case you want to go further, you can opt for the premium version. In this one you will unlock all the meme designs that are available, 367 fonts and 4530 stickers and search tools that will allow you to make incredible creations. In the archive you will find more than a million different images to exploit your imagination.

Alternatives that have extra features

If you want to have more tools at your fingertips to design your own memes, you will also find the appropriate applications for this type of task. One of the most differentiating features of the following apps is the possibility of creating memes with GIFs or videos. 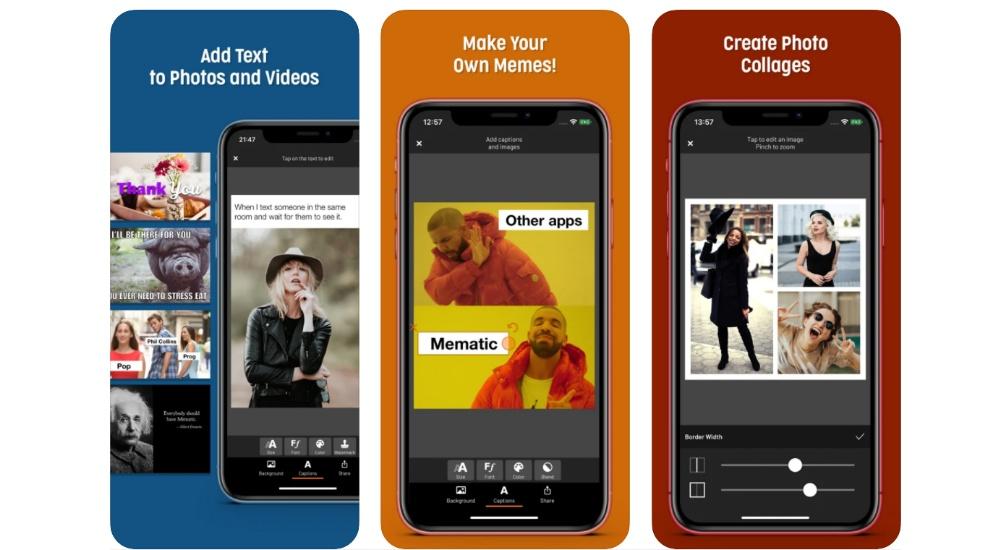 With this application you can add captions to photos and videos in a very simple way. Use your own images or access a large collection of memes with premium photos that are free in addition to GIFS from the app itself. You can combine your best photos with beautiful frames to create authentic collages with the design tools available.

Mematic is more than just a meme creator as you can also create inspiring quotes, tell a quick story, comment on the news, celebrate a logo or make a simple joke. You will have total freedom when creating them to organize the text, images or stickers that you need to use. Although, if you don’t have much time, you can opt for one of the quick styles. 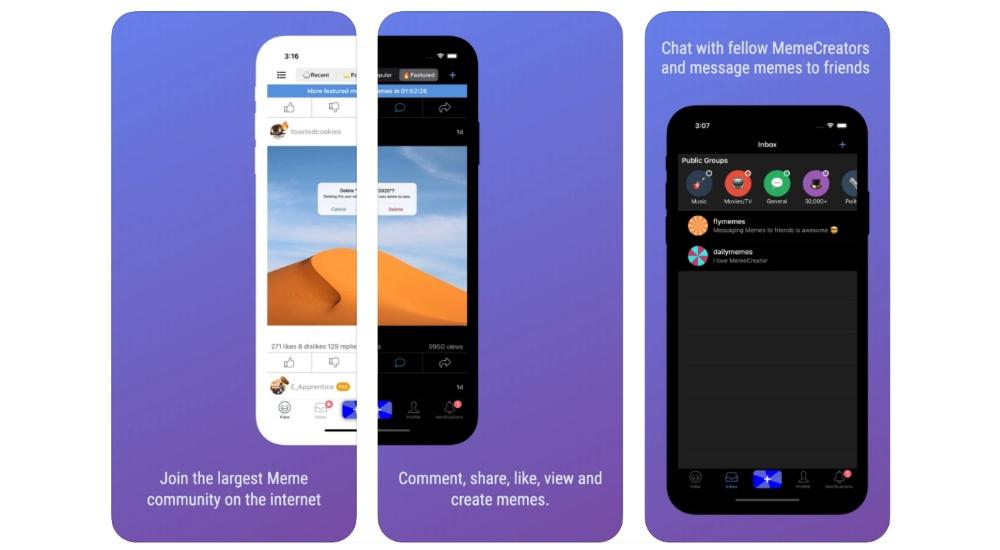 If this application stands out for something, it is because of the large number of memes that can be found and it has a wide catalog. That is why it works like a real catalog on this social network. In the different tabs you can find the most recent and most popular memes. You can even receive notifications when new content is published.

But obviously what is really interesting in this case is the creation of memes. Among the tools that are available, the customization of existing memes or the creation of memes from scratch stands out. Furthermore, the GIF format can also be found to be much more original. This is a free application although it also has a subscription system to access advanced functions. 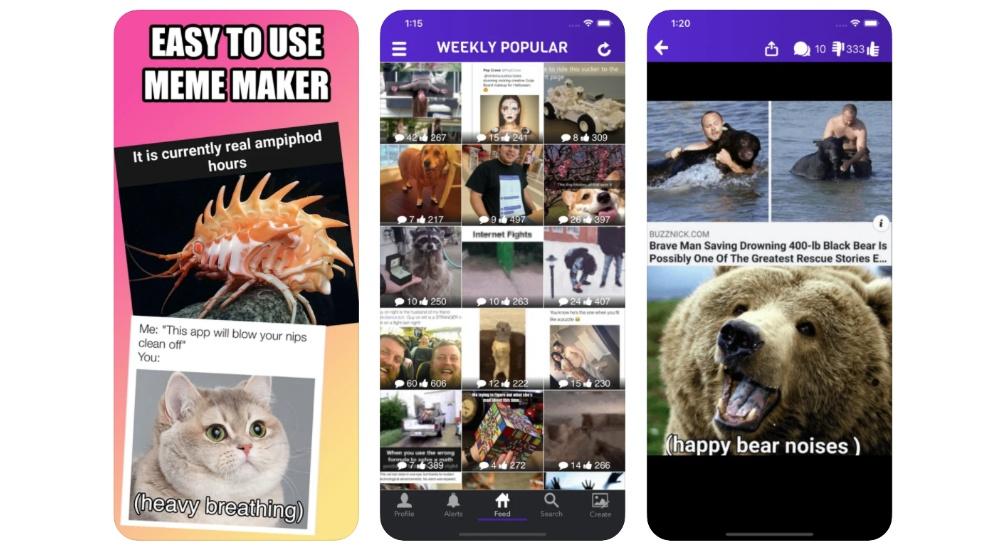 This is an application that has been developed so that memes can be created from photos, videos and GIFs. It integrates as a differentiating and extra feature a meme generator. This makes it possible to subtitle anything literally. It should be noted that the application does not add any type of watermark.

But you will not limit yourself to having only one image in your meme, but you can merge several to create a kind of comic. This will allow you to exploit your creativity much more when designing the new GIFs. You will also have the possibility to turn your photographs into news, but obviously not to create hoaxes but to play a private joke between friends. 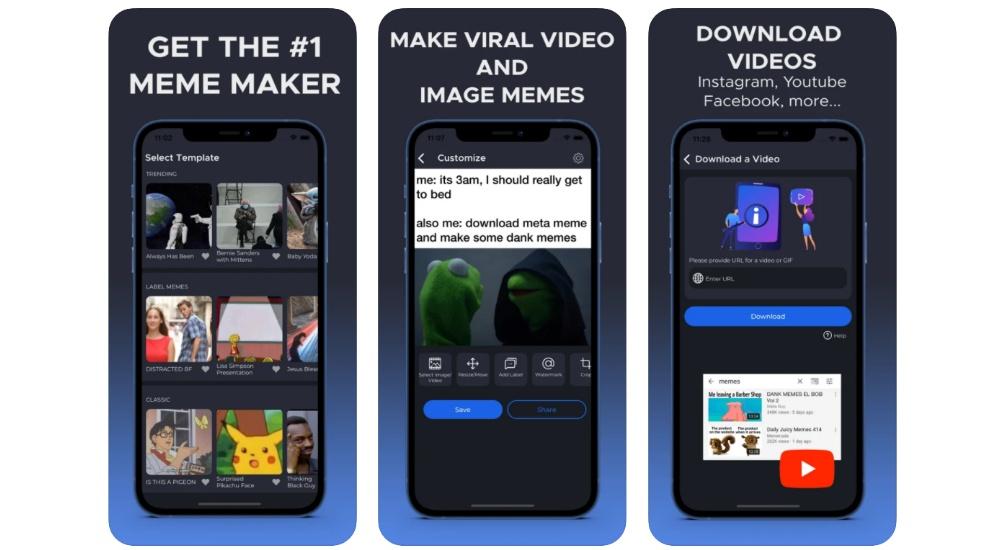 This application allows you to create impressive videos, photos and memes, with the aim of making your friends completely astonished. It gives you cutting-edge image and video editing tools at your fingertips. You can download the videos from YouTube, TikTok, Instagram, Facebook or Twitter to use them in creating your new memes.

Included premium features include object tracking in videos, attaching tags to the tracked object, or cropping the attached image and resizing it. It will also allow you to add as many images as you want to a meme or search for chalk by keywords. All the memes you create in image or video or GIF will be exported in HD quality memes.

Although there are many options that can be found in the App Store to be able to create memes, we particularly must keep two of them. The first one is Creative Meme Maker since it has complex tools to be able to create quite extensive memes but they are an interface that is really interesting as it is clean and intuitive. This is accompanied by an extensive library of the most reputable memes, both classic and modern. This is why it becomes a really interesting option when creating this type of content.

But if you are a person who wants to create much more complex memes than videos or GIFs, Meta Meme is the ideal app. You can directly download videos from social networks like Twitter, Facebook or Instagram. To this is added the possibility of easily detecting any object even if it is in motion by adding the tags to create the meme as such. That is why if you want to be truly creative, this is the application that you should have installed to surprise your friends.