Microsoft’s software, Windows 10, is an operating system that is packed with features, features, and implemented applications. How could it be otherwise, these help us to work in the best way with this complete system, in addition to increasing its functionality, as is the case with File Explorer.

In fact there are several elements that have managed to withstand the passage of time and the versions of Windows, while many others have remained in the way. But as we say, some of these functions that almost started with the first versions of Windows , continue today. This is precisely the case in which we are going to focus on these lines, which is none other than File Explorer .

As surely you all know, this is a useful application that we have found in Windows systems for years and that has passed the passage of time. True, it has largely evolved and improved, but not too much. In fact in recent times and with a software of the power of Windows 10 , many believe that this element should undergo a major change. We know that in fact Microsoft works on it, in a new File Explorer but in the meantime, or we use the integrated one, or we opt for a third-party solution.

This is an application that we use, among other things, to navigate between our disk drives, as well as to copy, delete or move folders and files . There are several additional functions that Explorer brings with it, but there are users who ask for much more. That is why, over time, many of these choose to use third-party solutions in this regard, since we have many to choose from.

As we say, there are several alternative proposals to Windows 10 Explorer that we can use, so here are some. These can be downloaded and installed in the operating system to act as Explorer, but with other additional functions.

This is the case of Explorer ++ , one of the best known proposals of this type for a long time. This is one of the most popular and alternative applications to Explorer that has improved over the years. This is a free application that you can download from here and that attracts attention due to the enormous functionality it presents. In the same way we must emphasize that it is a portable application, so we can run it on any computer or carry it on a USB stick .

It is worth noting that one of its most striking features is that it allows us to work with tabs, in addition to showing a fairly clean and intuitive interface. Thus, we can move or copy folders and files between open tabs , combine files, or delete them safely.

This is another alternative to the Windows 10 File Explorer, which we can download from this link , either in an installable or portable version. To say that here we will find a good amount of additional functions that we do not see in the original Explorer. In addition to moving and copying files and folders, it has its own content search function. Thus, for all this it has several filters to make it even more effective. It offers us a fairly simple user interface and can deal with all the disk drives we have on the PC . 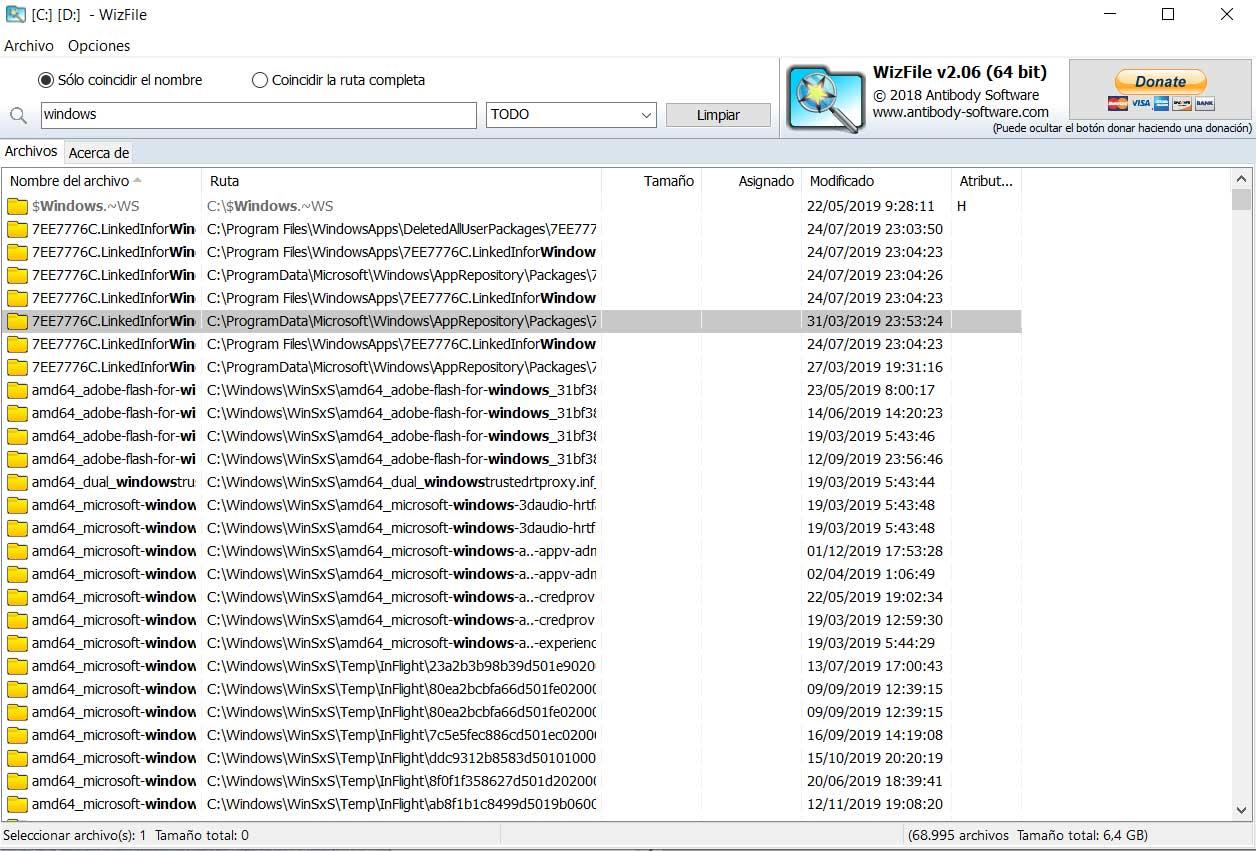 This is another application similar to those mentioned above that also proposes an installable version, as well as another portable version, all from here . 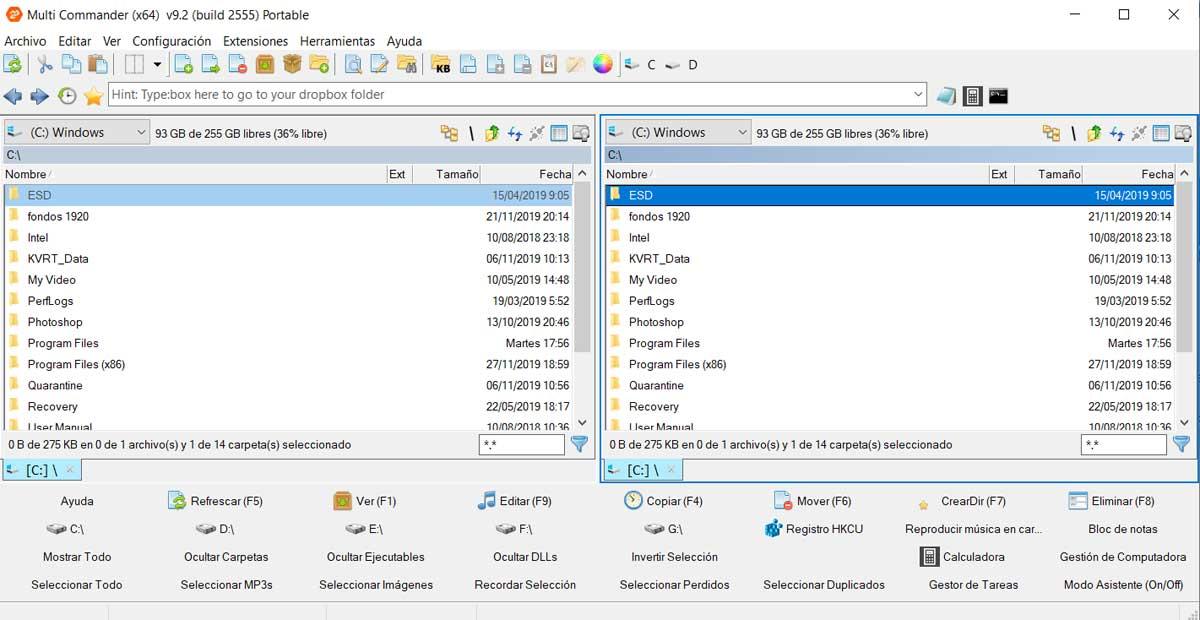 It is important to note that here we will have a user interface based on tabs, highly requested elements in these environments. Say that at the same time we found a good amount of buttons for direct access to other functions. At the same time, the program proposes several functionalities such as being able to rename several files simultaneously. We can also access the Windows registry directly from here, among other things.

As usual in this type of proposals, mainly for its convenience of use, Cubic Explorer also has a portable version . This, in addition to the installable, we can download from this link . To say that it offers us a very intuitive user interface divided into several adjustable sections. In this way we can take advantage of its functions for working with files and folders. 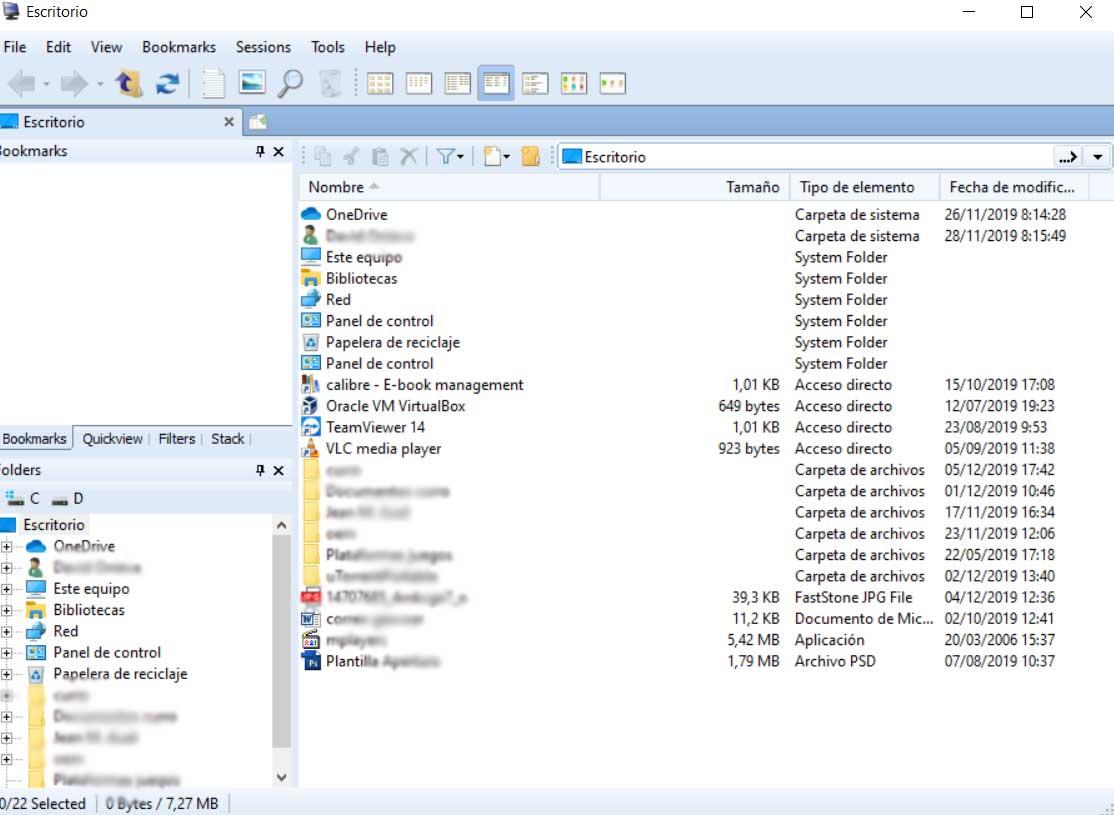 Another alternative of this type that has been accompanying us for a long time, is Total Commander . This is a proposal that was previously known as Windows Commander since in addition to Windows, it also includes support with Linux partitions. To say that it presents us with an intuitive user interface and additionally proposes a function to rename files in a massive way, in addition to the usual ones in these programs. 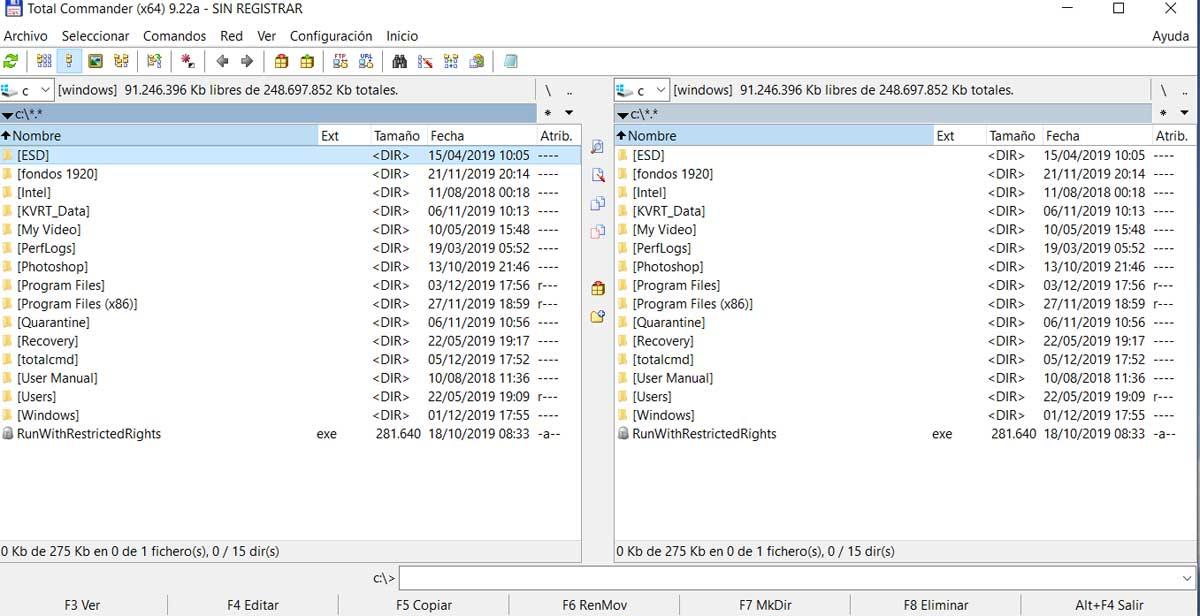 You can download it from this link and finally we will tell you that you can also use its version for Android devices.

Alternatives to File Explorer in the Microsoft Store

This is a proposal that allows us to move through our disk drives and, as the name implies, manage all our folders and files. It puts at our disposal the most common functions of these programs such as copying, moving, renaming or deleting these contents. To say that at the same time we will have the possibility to drag and drop these elements in order to accelerate the process. 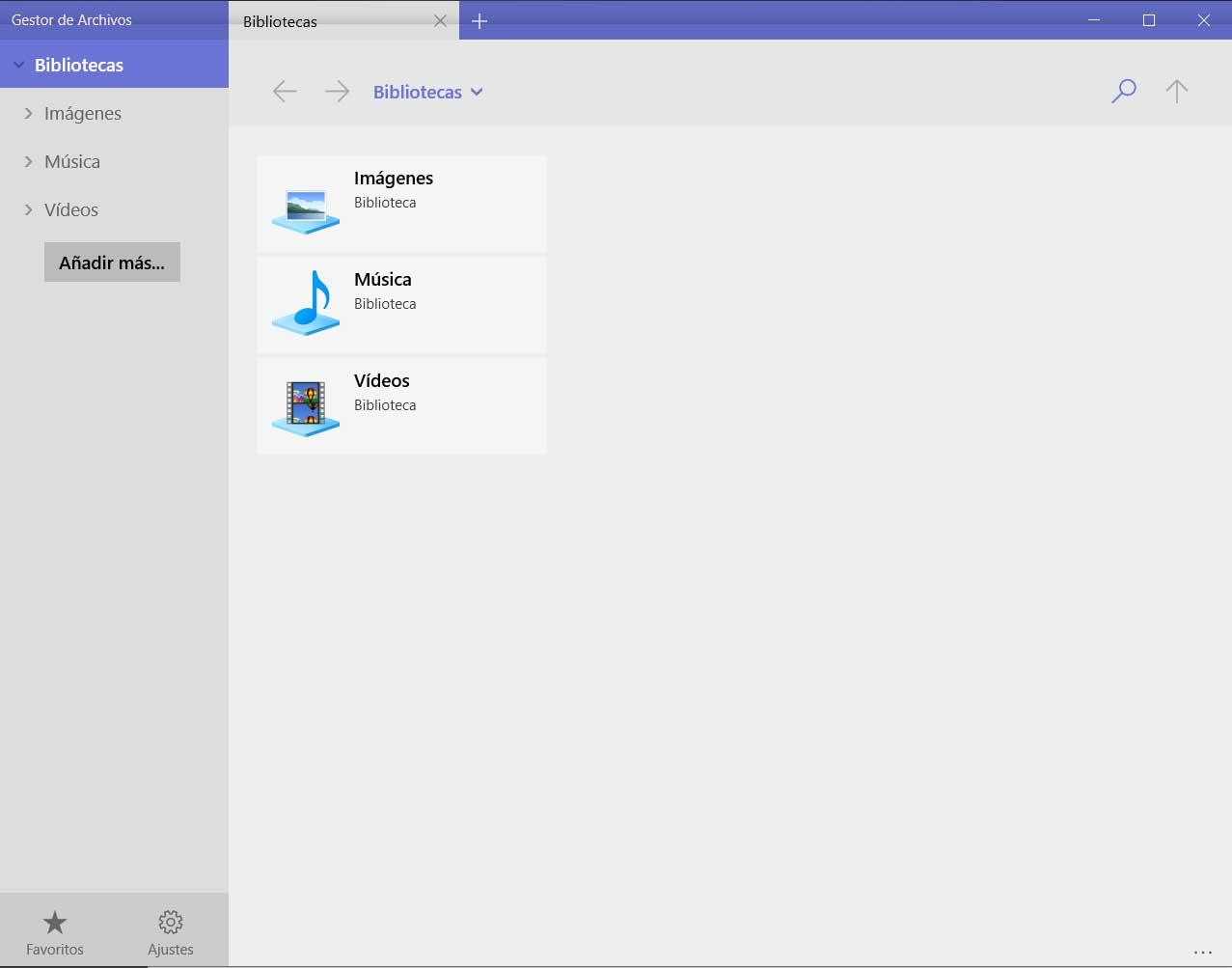 Continuing with the alternatives to the File Explorer that we find in the Microsoft Store , we find this proposal. Actually it is a UWP software that will allow us to manage our files and folders through tabs. At the same time it will allow us to work directly with compressed files in the most common formats, or edit documents in TXT or RTF. To say that it also has its own multimedia content viewer . 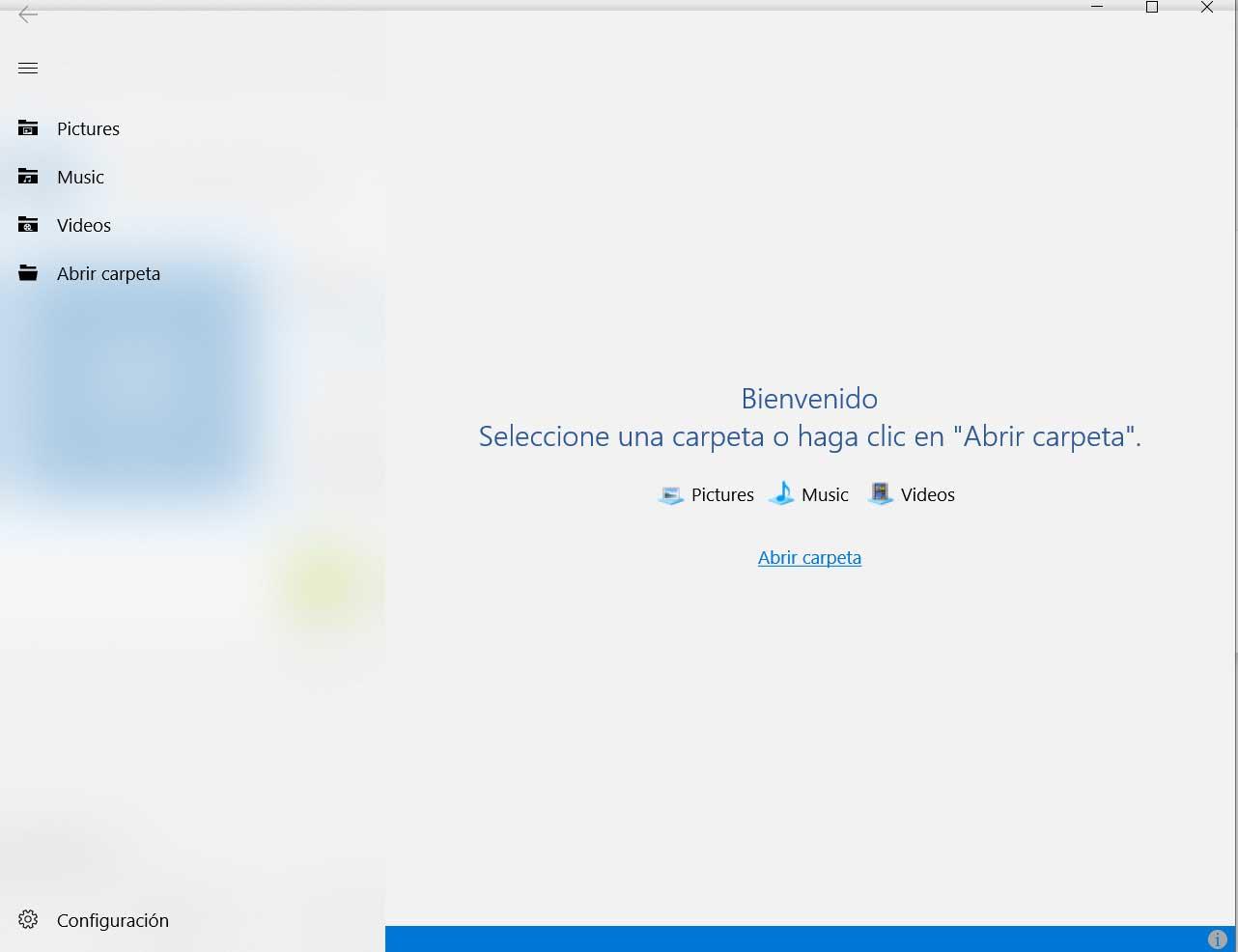 This is another software of this type that acts as File Explorer but with a design based on Fluent Design. It should be noted that it has most of the functions of the native Windows File Explorer. But to these we can add the possibility of working with multiple windows within the app, add quick access items, open folder history, decompress files , or preview photos.

And we will finish with this latest UWP proposal in the form of Windows 10 File Explorer. This is My Files Explorer, an application that offers us a free trial version, although if we like it, we will have to pay 2.29 euros. To say that it has functionality for working with tabs , in addition to having its own content protection system. How could it be otherwise, it also puts in our hands all the usual functions in this type of programs.

My Files Explorer
Developer: Marcelo de Souza
Price: € 2.29
Best Programs to Read Comics in CBR or CBZ Format
Best Chrome Extensions to Find the Best Amazon Price
How to Download Content from Google Photos to Your PC
The Best Readers of eBooks or eReaders: Features and Prices
The Best Android Phones with Pop-up Cameras 2019-2020
How to recover damaged Excel file in a couple of clicks