Although a few years ago physical CD and DVD media were much more on everyone’s lips due to their widespread use, they are still used today in many environments. That is why clients continue to demand certain specific programs for it, such as Alcohol 120%, which we are going to talk about next.

And it must be borne in mind that in many fields, especially professionals, these supports are still widely used. Among many other things, they are used to store all kinds of data, or even to launch their own applications. But of course, after the advent of the Internet and USB sticks , the market penetration of CDs and DVDs has greatly decreased. However, for all those who still use these physical supports for their day-to-day life, some program may be useful to help them in these tasks. This is the case, for example, of Alcohol 120%, software that we are going to talk about in these same lines. Specifically, it is a program of this type, for the recording of CDs and DVDs, that has been a good number of years between us.

What are the advantages of using Alcohol 120%

To start we will tell you that it is a powerful software for working with the physical supports that we have mentioned that it presents some interesting functions. Thus, the program is actually a CD and DVD burning software for Windows that makes it easy to create backup copies on these media, for example. In addition, the program allows us to store CDs as images on the computer and then mount them on one of the 31 virtual drives that the program manages internally. Its management is carried out through an intuitive user interface divided into three sections. 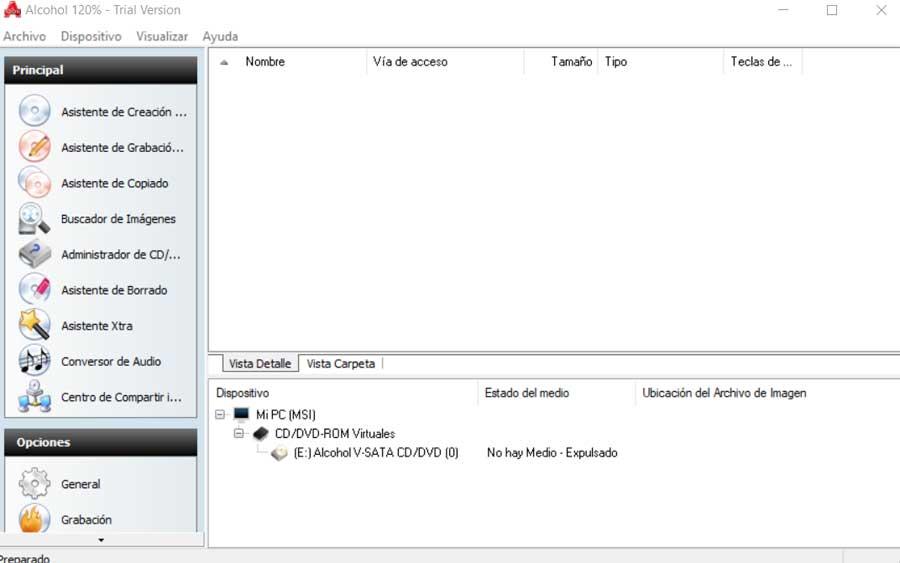 On the one hand we find the main desk that is where the recordings are made as such. On the other hand, on the left side of it, we see the different functions that the program makes available to us. And finally, in the lower left, we find another section that will allow us to control and customize the program and its working modes. It is also worth knowing that most of the processes here are carried out through simple assistants who guide us step by step.

Functions offered by the recording program

In this way we find a wizard for creating disk images , as well as another for recording these images that we discussed. In addition, and as it could not be otherwise in a software of these characteristics, we find an assistant for copying CDs and DVDs in Alcohol 120% .

But the program also presents us with tools for working with disk images, as we have previously commented. Therefore, it also has its own search function for these elements for subsequent treatment. 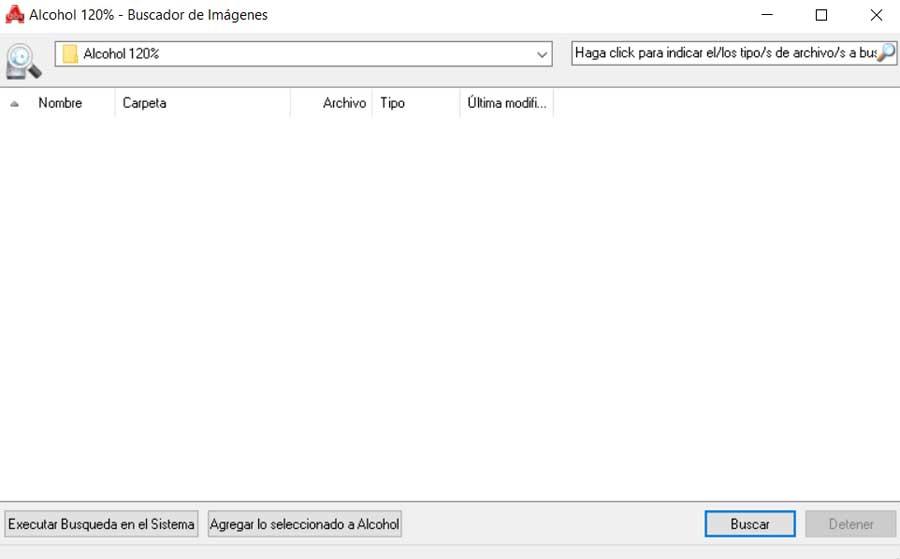 It is also worth mentioning that this recording software includes a pre-mastering function that allows us to record files directly from the hard disk. It is compatible with the Blu-ray format, in addition to CD and DVD, as it could not be otherwise. If we focus on domestic areas such all this we will be very useful when backing up our game CDs and movie DVDs. In addition, as we mentioned before, all of this will be of great help when it comes to backing up data of all kinds.

Of course, being trained and presenting functions for advanced disk imaging work, it should be noted that Alcohol 120% is compatible with a wide range of image files for CDs and DVDs.

Among these, how could it be otherwise in a software of this level, we find the most common formats in this regard and that we show you. Thus, the supported disk image formats are .mds, .iso, .bwt, .b5t, .b6t, .ccd, .isz, .cue, .cdi, .pdi, and .nrg.

At the same time, the program presents us with a complete section of user-configurable options so that we can adapt the program to our needs. We access all of this through the icon called General, where a new window appears full of customizable functions. Thus we can configure how the program will treat the data when it is dumped to a CD or DVD, or when creating an image , among other things 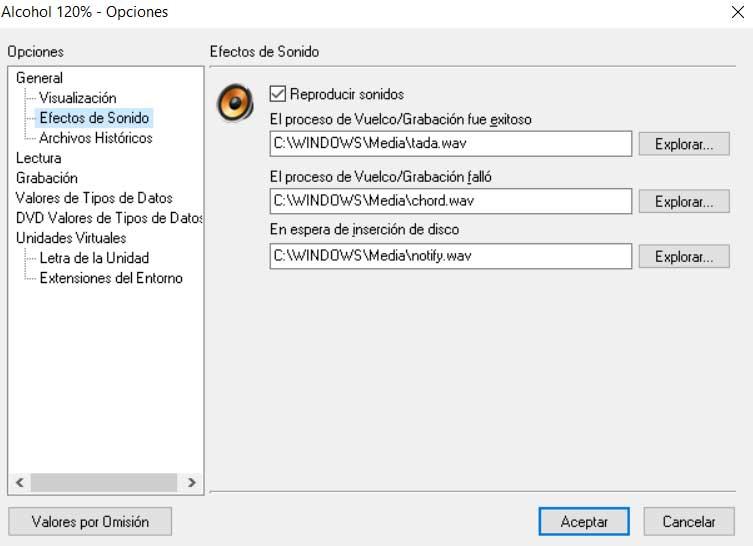 Well, to begin with we will tell you that if you are interested in using this CD and DVD recording application, it is not a free program. To be able to get the program as such, you will have to pay 39 euros in order to have the corresponding license.

Of course, we have the option, not recommended by the way, to use the program for free by sharing the resources of our Internet connection with Luminati. This is something that is offered in the installation of the trial version of the application and that we do not recommend at all, so we can refuse in that same wizard, as we see in the attached screenshot. 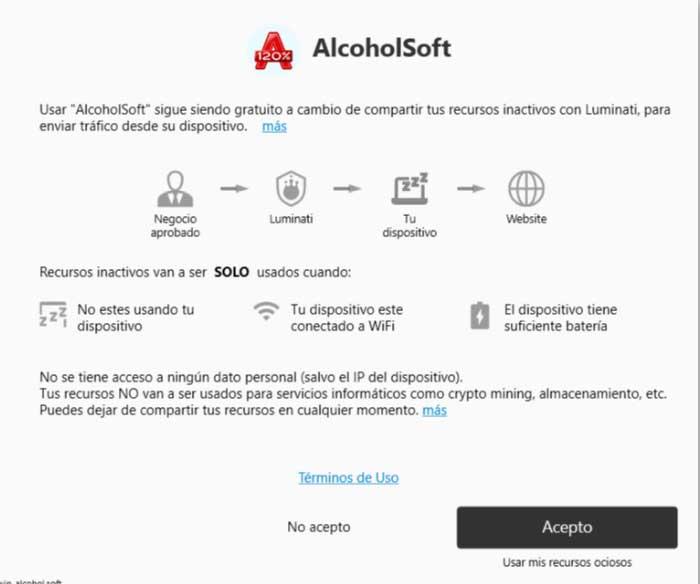 For the rest, to be able to access these versions of the program that we are talking about, you can do it from the official website of its developers. Thus, you will only have to do it through this link from your favorite Internet browser.