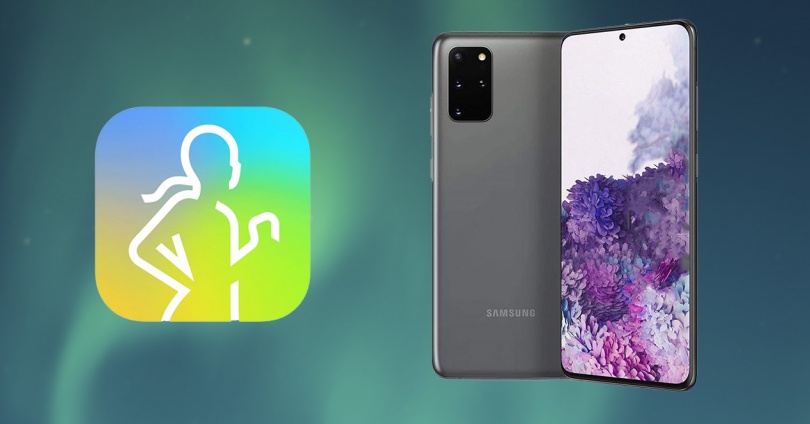 Samsung has been incorporating a very efficient step counter in its mobile devices for many years, which comes within Samsung Health . Surely, there will be a percentage of users who are not interested in this function at all, but they do not know very well how to deactivate it or, on the contrary, they want to have this function enabled on their mobile devices.

On the other hand, there may be people who want to use them, but cannot configure it so that it tells them well the daily steps they take. Also, this step counter may fail to count steps as it should due to a series of errors. Therefore, for all these users, today we bring you some simple steps to know how to activate or deactivate the step counter on Samsung mobiles , as well as to be able to fix it and make it work correctly.

What is Samsung Health?

Thanks to Samsung Health , which is the same as Google Fit or Apple Health, we will be able to know a great variety of measurements and information about our health every day. In this app, which includes all Samsung phones, we can see from all our exercise sessions to how many glasses of water we drink per day. Although one of the data that users use the most, and that is recorded automatically, are the steps we do .

Some time ago this application that the Samsung Galaxy only incorporated a series of terminals of the Asian manufacturer, but now any of its mobiles can count on it. And as we mentioned, this application serves to keep a record of our health and allows us to measure heart rate, sleep activity, calories ingested and, most importantly, our steps thanks to the pedometer that is integrated into all mobile devices .

In the past, to be able to count the steps in our Samsung mobile we had to activate it manually since it did not work automatically, although that has completely changed and now it does it by itself as long as it has been previously configured.

How to activate and deactivate the step counter?

Many users do not know how to activate said step counter on their Samsung mobiles , or vice versa, deactivate it since they do not want their mobile to be continuously counting the number of steps they perform on a daily basis. However, it is important to know that in order to activate or deactivate the step counter of our mobile we would have to have configured this app beforehand.

In the event that we have already configured the step counter, we must enter the step counter, first accessing Samsung Health and entering the Steps tab. After this, you will have to click on the three dots, which are in the upper right corner. As soon as you access there, it will give us to choose between Pause the step count or Start step count.

Therefore, if you decide to activate this function, the step counter will not stop , even if you turn off or restart the terminal. So they will continue counting until you decide to deactivate it, having to perform the previous steps and give Pause the count of steps. The good thing about this pedometer is that it always works in the background and hardly consumes the battery of our mobile device.

Step counter does not work well

Are you having problems with the pedometer of your mobile? Over time, many users have reported problems with the step counter. This is due to the fact that some users claim that they do not count the steps well , and others that they do not directly record the daily activity they perform. While it is true that it may be a problem updating the Samsung Health app, there are some tricks that we can carry out to try to end this application failure.

Samsung mobile devices have various options to optimize battery performance in the best possible way, such as adaptive battery. And it is that, this configuration, can limit the use in certain applications if it detects that we do not use them frequently. In addition , they can create conflicts with the operation of some apps , causing them to stop working as they should. So there is a possibility that you can fix this problem with the step counter by disabling the battery optimization of the terminal. To do this, you will have to go to Settings and review the battery settings. In the case of having activated any optimization or energy saving option in operation, it will be necessary to try to deactivate it. If we check that Samsung Health works correctly again in this way, we will know that battery optimization was the culprit. Although, an alternative that is also highly recommended if we want to continue to have good energy savings on our mobile device is to go to Optimize battery use and in the list of apps search for Samsung Health. Once inside, it will have to be deactivated so that it remains as a non-optimized app.

Other alternatives that we can try will be to pause the step counter. When activating it again, it will show a message that prevents us from performing this action, in the event that there is some kind of problem. If not, with this we could solve the problem with the step counter .

Other solutions for the step counter

It is more than confirmed that some applications can cause conflicts on certain devices , although it does not seem to be the case with Samsung Health. Therefore, if the suggestions that we have shown previously have not worked for you, we will have to try some of the following options: