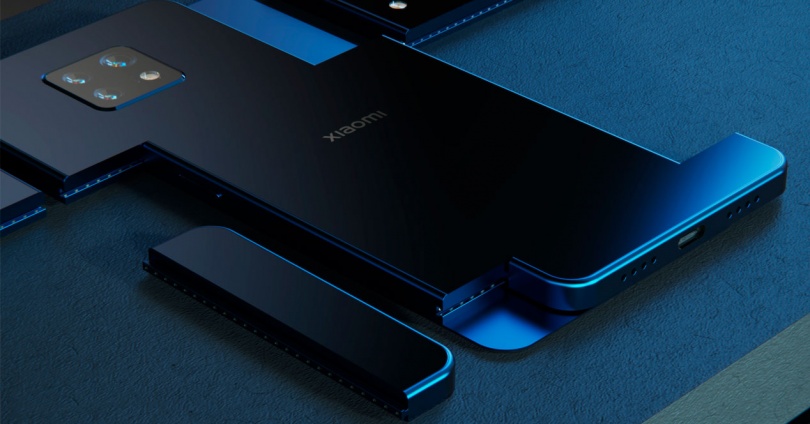 Since the arrival of smartphones we have come across many daring concepts and ideas to end up developing mobiles that make a difference. Among them , modular mobiles were the ones that attracted the most attention, although they did not finally become a reality for the general public, something that Xiaomi could achieve with its modular mobile phone in development.

After the failure of Project Ara in which Google was directly involved, another great brand in the mobile phone industry such as Xiaomi, dares to try or at least raises it. We hope that your success will be much higher than that of your competition and that you can make a dream come true that was forgotten after the large investments and fateful results.

The modular smartphone dreamed of by Xiaomi

One of the latest patents registered by Xiaomi allows us to see and know in depth Xiaomi’s modular mobile, a terminal that in its sketches and drafts allows us to see an anchoring system based on lace grooves. These sketches are already registered with the World Intellectual Property Organization, allowing us to see the future that Xiaomi poses with its mobile made up of pieces according to need. The highlight of these images is undoubtedly the possibilities it offers, since it allows the motherboard and the camera system to be separated on one side, as well as the battery and a final part where the speakers and charging inputs would be located and / or sound. In this way we could choose what we need the most. In front, the screen would remain intact, opting for a large panel that tries to make the most of the front part and that would fit perfectly with all the modules.

A Xiaomi Mi Mix to suit the consumer

Since Xiaomi usually chooses to include the most daring mobiles within the Mi Mix series, this terminal could end up being part of it. Already on the front screen we find something that makes us relate it to the next Xiaomi Mi Mix and that is that it would not integrate notch or hole in the screen, opting for the lens under the screen as the designer Concept Creator imagines. For now, the concepts let us see a variety of interchangeable modules for this very interesting Xiaomi, which allows us to resort to the cameras that our budget allows and change them later when we need better lenses, where something like this would also happen with the battery. This could be a before and after in smartphones since we do not need to change the entire mobile, but only the part that we want to improve and that is compatible with our other modules. Already in 2013 Xiaomi dared to play with renderings and some first images of a modular mobile called Xiaomi Magic Cube, although it was too early to venture to develop such a technology, now the time may have come to see it in action and to revolutionize the market for new.