Another electric car that wants to revolutionize the market, and another from the hand of a technology company. Because there are not a few firms of this caliber, such as Apple, for example, that seek to embark on electrified mobility … and this time we are talking about another technology that aspires to fight in this market. We are talking about Xiaomi and its new and first concept, which will be presented soon.

Xiaomi already has its electric car And it is that for some time, Xiaomi has been working on an ambitious project that seeks to launch itself into the conquest of a new market niche: the automobile sector. Last March, the company specializing in the production of smartphones and smart devices announced the creation of a specific independent department focused on the development of electric cars.

A strategy that, as they rescued then, will be backed by a large investment of 10,000 million dollars over the next 10 years. And now, months after this announcement, the Chinese brand has confirmed that next August will be the date for the presentation of its first electrified car, a revolutionary house brand prototype that promises to attract the attention of more than one.

In any case, as had been glimpsed months ago, the long-awaited car that will be released next month does not have to advance the forms of a specific model either, but could well be just a full-size model that in charge of advancing the technology and design of the models that will later reach the market. But what do we know about him?

what do we know about him

We are talking about what will be Xiaomi’s first electric car prototype , which will be designed by HVST Automobile Design. For those who don’t know, it is the same company that designed the WM Motor Maven concept car, which promised to achieve great speed, acceleration and distance capable of traveling, expecting up to 800 km.

It is important to know that once the Xiaomi electric car is presented, the prototype will begin with a series of tests in order to start the entire marketing campaign afterwards and launch it soon; that is to say, that we are going to get to know all the details of this prototype when it rolls through the streets. 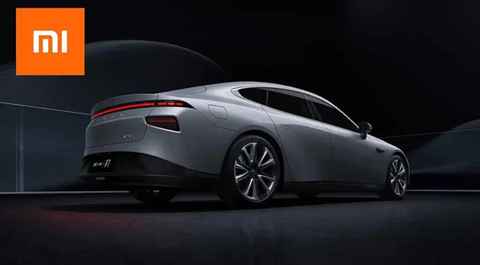 Among the details that have been revealed by the founder of the brand, Lei Jun, the possible price of the future vehicles was known. In China, the vehicle will sell for between 100,000 and 300,000 Chinese yuan (between 14,000 and 43,000 euros ). Obviously, the manufacturer will offer different finishes and options that can raise or lower the price.

What we do not yet know is whether Xiaomi will join forces with an automotive partner to give birth to this project or, on the contrary, will work independently.

We will have to wait until 2024 to acquire them

Yes indeed; Despite the fact that the technology company (which also manufactures electric scooters, bicycles and mopeds) has registered different brands, such as Xiaomi Auto or Xiaomi Automobile, the name under which it will market its car is still unknown, although it will have its own dealer network. . In fact, there is the possibility that, as happens in mobile phones, the brand will take different names depending on the country.

Although this model is presented in the next month of August, we would have to wait until 2024 to see the first models in production, where it is expected to reach 150,000 units per year. Xiaomi’s goal is to reach 300,000 cars per year once its factories and production are at full capacity.

If we talk about its purely technological capabilities, there is still nothing confirmed, but the Chinese is already part of the CCC association, so it is to be expected that the options in terms of connectivity are very high . It even opens the possibility of having Android Automotive.

In any case, it is necessary to mention that this is the strongest project in the race that the big technology companies maintain to also prevail in the automotive industry. As such, the Chinese giant aspires to conquer the mid-range, before other brands such as Sony that aims to fight Tesla in the elite segments. Meanwhile, in the case of the aforementioned Apple Car, today what we know is that it still has no one to manufacture its electrified model.