Windows 11 is a Windows 10 that has gone through sheet metal and paint , and we have it increasingly clear. This new OS, although it does bring a few changes beyond aesthetics (such as a notable performance improvement), actually hides the same errors, and the same vulnerabilities, as Windows 10. Of course, what it does do is remove some functions and features from Windows 10 that were either uninteresting or obsolete and not necessary to use the operating system. Unfortunately, the taskbar has been one of the elements that has changed the most, and that has lost the most functionality.

From the moment we began to see the first images of Windows 11 we realized that the taskbar was going to be the protagonist, for the worse. The first thing is that the centered icons did not quite convince users as it is very macOS. Being able to place it exclusively at the bottom did not help either, when many prefer to use the taskbar to the side or at the top. 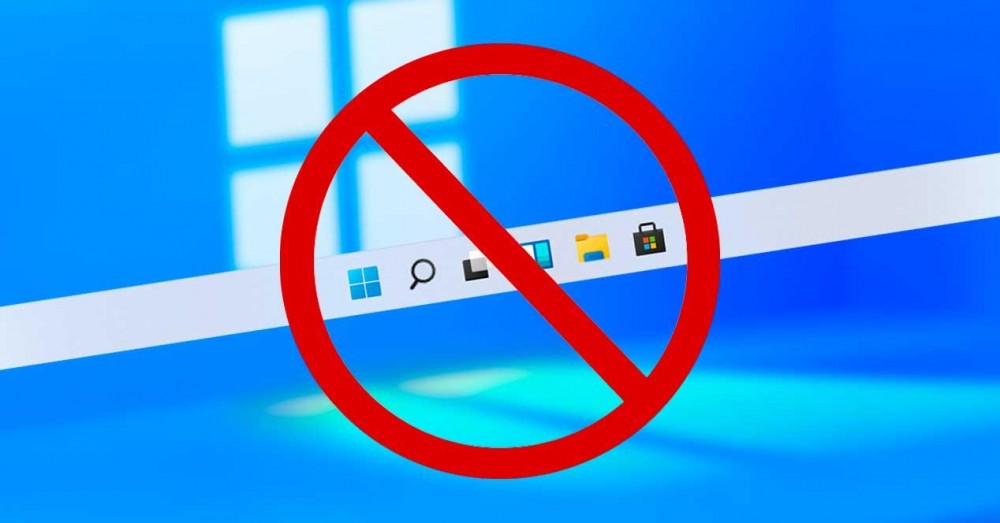 And now Microsoft has recognized a new feature that has been removed from this taskbar . And removing this feature really bothers us more.

The taskbar has become more than just a place to view open windows: it has become a complete application launcher. In it we can place all the programs that we used to use often so that we always have them at hand.

Until Windows 10, the fastest way to place icons on this taskbar was by dragging them from the desktop, or from any other folder, to it. However, with Windows 11 this is no longer possible. Microsoft will not allow adding applications to the taskbar in this way.

Nor will it be possible to drag a file from the desktop , or a folder, to one of the applications pinned to the taskbar to open it with that application. Anything that is dragging items to the taskbar is locked. At least for now.

Of course, we are going to be able to anchor the applications that we want within the taskbar, it would be missing more. But the process will be more manual, having to open the program, launch its contextual menu and select the anchor option from it.

An unnecessary way to complicate something that, until now, was much simpler.

There is also no context menu

If we right-click on the Windows 10 taskbar we can see a very wide context menu, with many customization options. 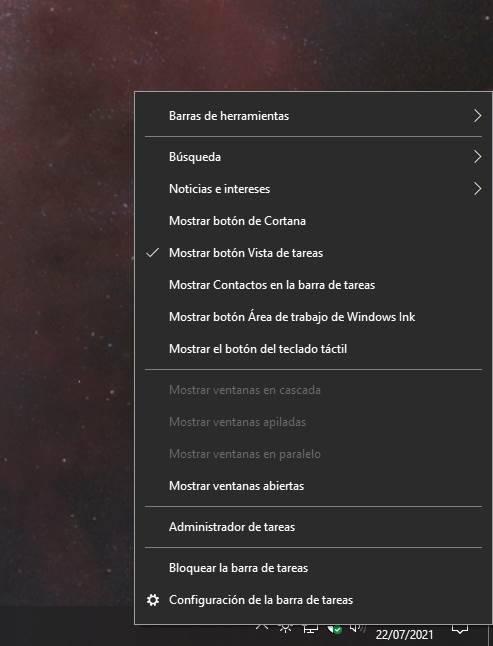 However, this is another of the things that has changed in Windows 11, and that, the truth, is quite annoying. If we right-click on the taskbar of the new Microsoft OS we will realize that only one option appears, an option that allows us to go to the configuration panel, but nothing else.

Windows 11 is scheduled to launch during the months of October or November of this year and, although Microsoft would still have time to reverse these functions, everything indicates that we will have to learn to survive without them. At least for a while.