It has been made to beg, but finally, when nobody expected it, it has arrived. We have already talked many times about Windows 10 20H2 , the second update of this 2020 Windows 10. Microsoft is currently working on 21H1, the update for next year, which means that 20H2 has been ready, in RTM, for quite some time. However, it wasn’t until just a few hours ago that the company finally admitted that the update is ready for release. And not only that, but it has also released its official name. We introduce you to October 2020 Update, known until now as Windows 10 20H2.

The next Windows 10 update , just like last year, is going to be a minor update. This means that, instead of bringing great changes and novelties, all its development has been focused on improving performance and solving all the errors (which are not few) present in the current version of the operating system, the May 2020 Update. Microsoft hasn’t talked much about the second update this year. What’s more, until now we did not know the name, the version that it will have or when it will arrive. All Windows 10 development is currently set to 21H1, the first update next year. However, the company has wanted to make it clear that there is still a new update before 2021. And this version will be October 2020 Update (which allows us to get an idea of, more or less, when it will arrive).

Today, Microsoft has brought a new update to Windows 10 Insider users, specifically within the beta branch: KB4571756. This new patch has placed the October 2020 Update version in build 19042.508 , which, as Microsoft claims, is the current RTM available to Insider users targeted to the Beta channel. 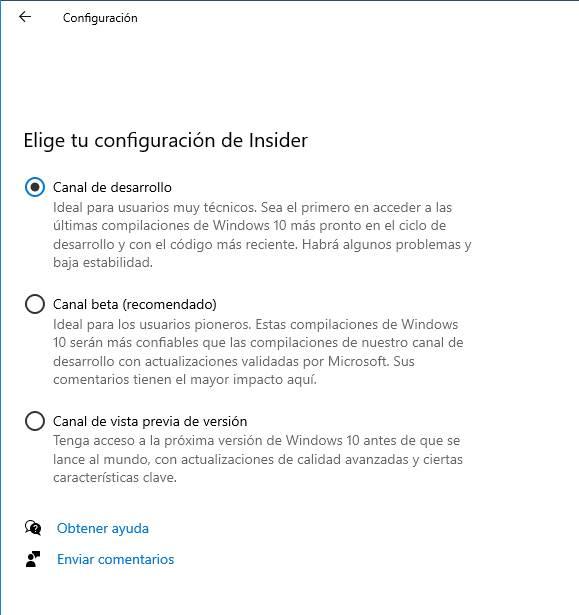 What Microsoft has not confirmed is the version that this new update will be. Following the line of previous updates, October 2020 Update should be the 2009 version of Windows 10 , although taking into account the May 2020 Update, which was 2004, it would not be unreasonable to think that 20H2 will be version 2010. We will still have to wait for a Little to know specifically what version number the new Windows 10 October 2020 update will carry.

Initially, Microsoft only talks about a bug in the new Windows 10 update: a bug related to the Windows Subsystem for Linux . What’s more, the company ensures that the bug has already been identified and that it will be fixed in the next 20H2 patches. Therefore, simply by being aware of the updates we could have the beta of Windows 10 October 2020 Update completely stable.

Microsoft has not released other bugs in this new version, which does not mean that it is perfect. A few weeks inside the Insider Beta channel will help detect and fix possible bugs before bringing the update to all users.

For now, Microsoft has only said that the RTM is now available to Insider users within the beta channel. But he has not spoken about when this new update will arrive to all users within the stable branch. However, from the name of the update, we can get an idea when this will happen.

Probably, the RTM will be published, like other years, at the end of October. This RTM will arrive in ISO format for those users who want to do a new installation. However, the October 2020 Update will not reach users until the first week or two of November .

As soon as it is available, the new version of Windows 10 will appear on Windows Update completely free of charge, and users will be able to download it and update their system from there.