The different current operating systems have accustomed us to include a series of programs installed by default to start working as soon as possible. A clear example of all this can be found in the different Linux distributions , which make a good amount of free software available to us from the beginning.

A good part of the users appreciate this movement by the developers of these systems, since it makes it easier for them to enter and start it up. As it could not be otherwise, here we find titles corresponding to the most common and used software sectors. A clear example is everything related to the world of office automation, which is covered by the powerful LibreOffice suite. The same goes for photo editing and viewing where most Linux distribution developers offer us the open source GIMP software. There is no doubt that one of the types of programs that is growing the most in recent years is the one that refers to web browsers . Here we can find a good number of titles at our fingertips, most of them compatible with various platforms, devices and systems. This allows users to choose the title that most interests them to move around the Internet on a daily basis. Furthermore, this huge market penetration has reached both desktop and mobile devices .

Thus, in order to provide a solution of these characteristics to its users, the different distros also, in most cases, offer us a pre-installed proposal of this type.

Some Linux propose Chrome as a browser

For many years and over time we have found that, by default, most distros offer us Firefox . We generally find this pre-installed and duly updated to be able to start using the internet the moment we start working with Linux. Surely many of you know this proposal that is characterized by offering us greater privacy and that is developed by Mozilla. 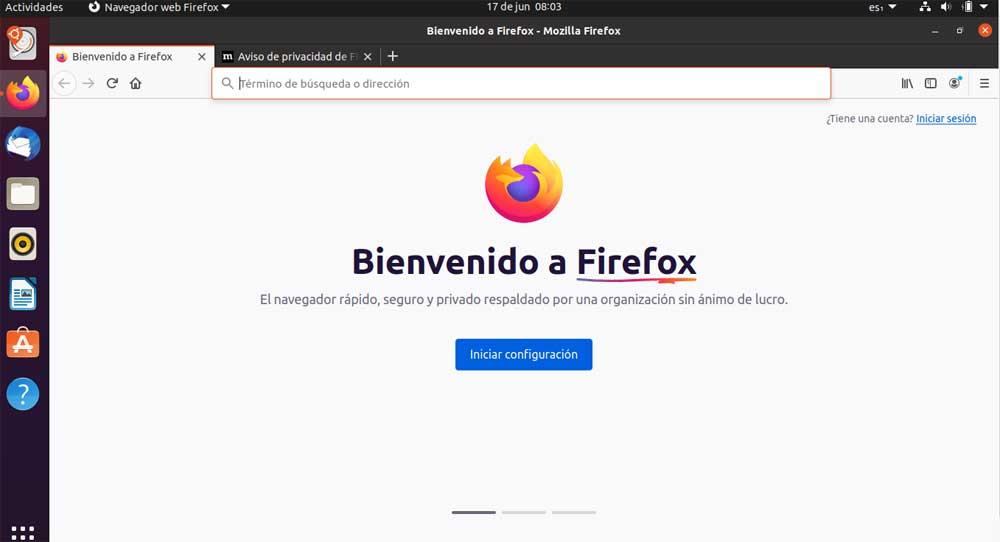 In fact, the popular browser focused precisely on privacy Tor Browser is based on this same proposal, but with some important changes. Although Firefox is the most common option, we can find some open source systems that have Chrome as the default browser . A clear example of this can be found in the most recently released version of Linux Lite .

For many, this is one of the best alternatives to use for those who want to migrate from Windows to Linux . But despite all the controversy generated, the latest version includes Chrome as the default browser. This is something that many of the regulars of this operating system have not liked, which is why they have made their disagreement public. However, the developers of the distro consider that this is a program that is more important at the moment. Among other things, this is due to the enormous market penetration it has.

As they have hinted, in the field of web browsers, Chrome is far above the Firefox browser at the moment. Hence, they have made the decision to opt for this pre-installed by default and thus satisfy the needs of the majority . Therefore, it should be noted that, despite the disagreement of some, this movement will continue in later versions of the distribution.