OPPO has confirmed many features about the cameras of the upcoming OPPO Reno 9 series and we couldn’t be more excited. The previous generation of the Chinese brand laid the foundations on how high-level photography should be in the mid-range and it seems that with these new smartphones they want to continue this line of work.

The OPPO Reno 9 family will consist of up to three models: Reno 9, Reno 9 Pro and Reno 9 Pro+ . However, this is what the rumors suggest, since there is the possibility that one of the leaks is the most compact Lite version. Regardless of this, the data on the sensors of these three devices have officially come to light through some images as a teaser. 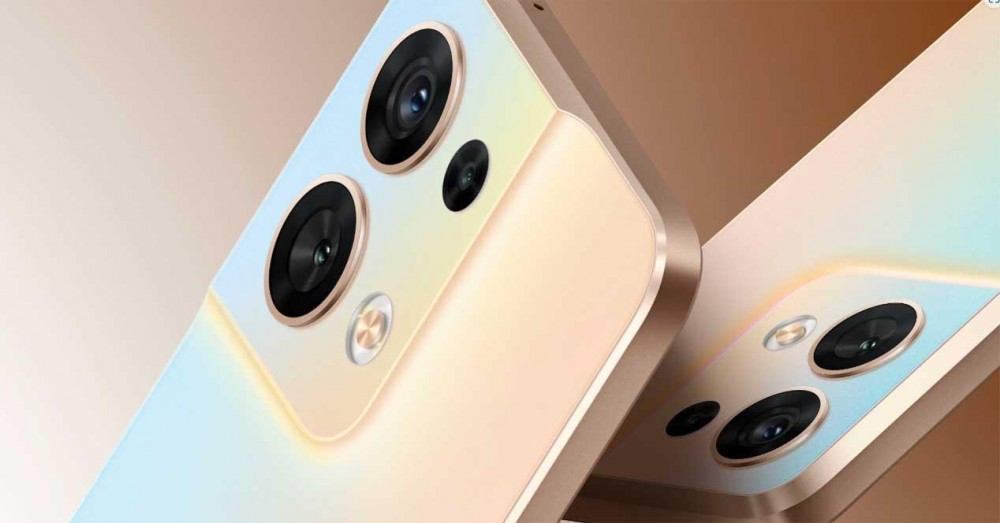 These screenshots show the specifications of the OPPO Reno 9 line camera in full and reveal that all members will equip a new sensor on the back. It is also confirmed that they will have the company’s custom NPU that we have already seen in the OPPO Reno 8 series and which is called MariSilicon X. This chip works as an image processing engine to get cleaner photos as well as better recordings in low light on your OPPO. We are going to investigate the cameras of these smartphones in detail.

The Asian company itself has confirmed that the entire OPPO Reno 9 family will have a new 50 MP main lens that will offer support for optical image stabilization. This configuration of sensors at the rear will be helped by the MariSilicon X NPU that we have already mentioned and that is also present at the top of the range. Of course, this chip will only be in the Reno 9 Pro and Reno 9 Pro+ models. 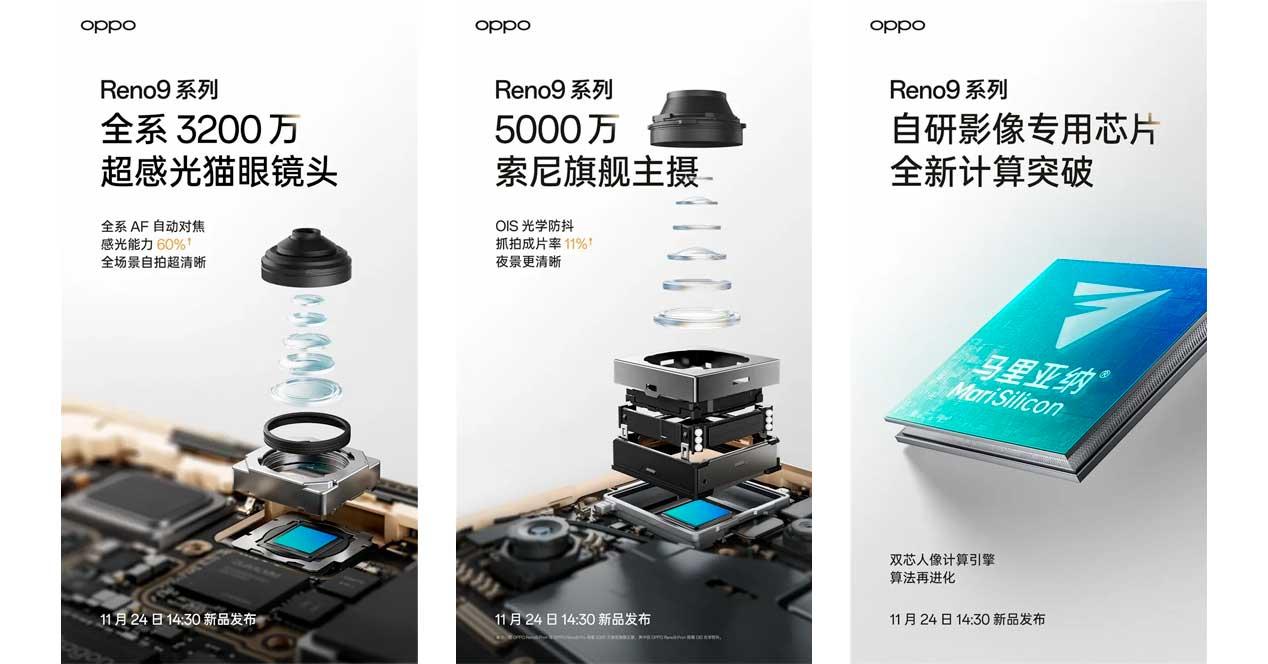 Another aspect confirmed by the company has to do with the front camera. The OPPO Reno 9 series will debut a 32 MP selfie lens to take high-quality photos. At the moment this is all we officially know about these models, but it is to be hoped that more information about mid-range mobiles will be released soon.

To finish this photographic section, it should be noted that rumors indicate that the OPPO Reno 9 Pro 5G will equip a 50 MP main camera along with an 8 MP ultra-wide-angle sensor. The Pro+ 5G version does the same with a 50 MP Sony IMX890 lens , an 8 MP wide angle, and a 2 MP macro. Instead, the lower-powered model will have a 64 MP main camera and a 2 MP macro.

Despite the fact that we only know the cameras of the OPPO Reno 9 family officially, the leaks have done the dirty work to bring us many other benefits about the three members. Starting with the standard version of the phone, which will have a Snapdragon 778G processor inside compared to the MediaTek Dimensity 8100-MAX and the Snapdragon 8+ Gen 1 that will carry the Reno 9 Pro and Reno 9 Pro+, respectively. 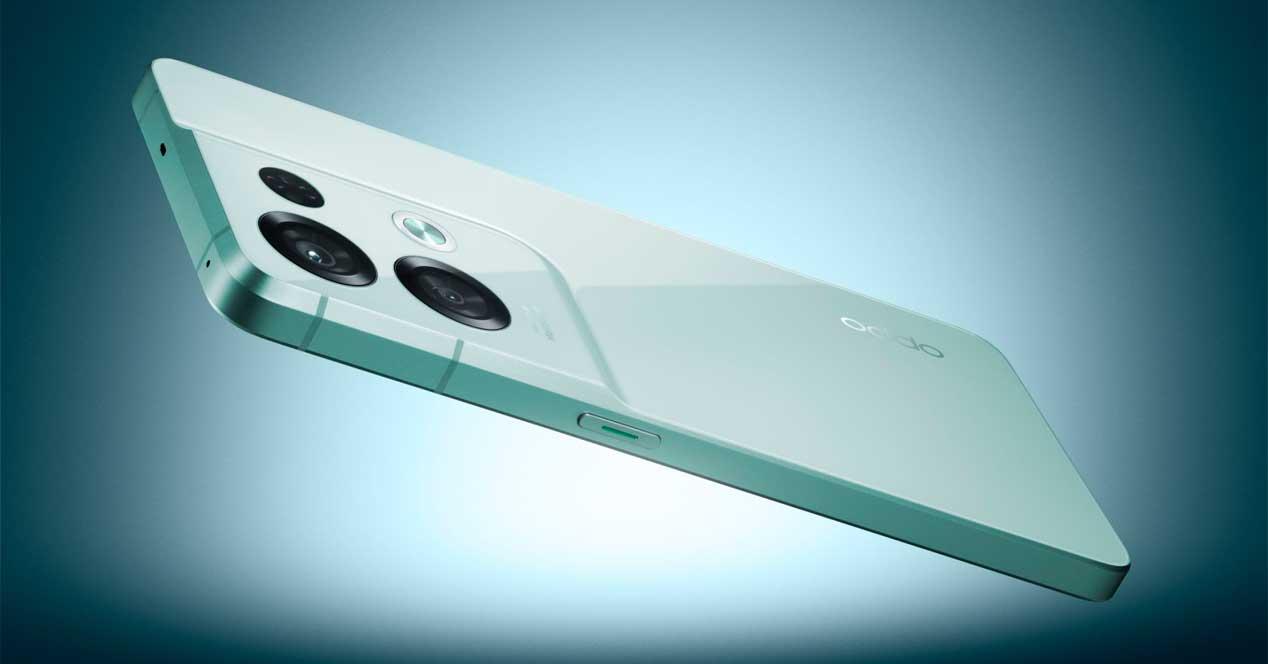 The OPPO Reno 9 Pro+ will carry a 4,700 mAh battery that would have compatibility for 80W fast charging . Likewise, the other two models will have a capacity of 4,500 mAh, but the power of their fast charge is unknown in detail. All of them will have a curved AMOLED screen with a refresh rate of 120 Hz. Now, we just have to wait for the presentation event of these smartphones, which will land in China on November 24.