Each manufacturer has a fairly extensive catalog of smartphones of all kinds and structured by series or families. In the case of Realme , one of the most popular of the Asian company is the GT range , which offers different possibilities depending on the budget, but all of them are ideal for the user.

At the moment the family is made up of three phones: Realme GT, Realme GT Master Edition and Realme GT Neo 2. Each one has its virtues and advantages , but today we are here to evaluate which is the best option. It is true that the properties of the first are better, as is to be expected from the company’s flagship. But it is not the only thing that influences the choice.

There is no doubt that the characteristics of the Realme GT are excellent in every way, although it stands out mainly for using a Snapdragon 888 that can be considered the latest generation. 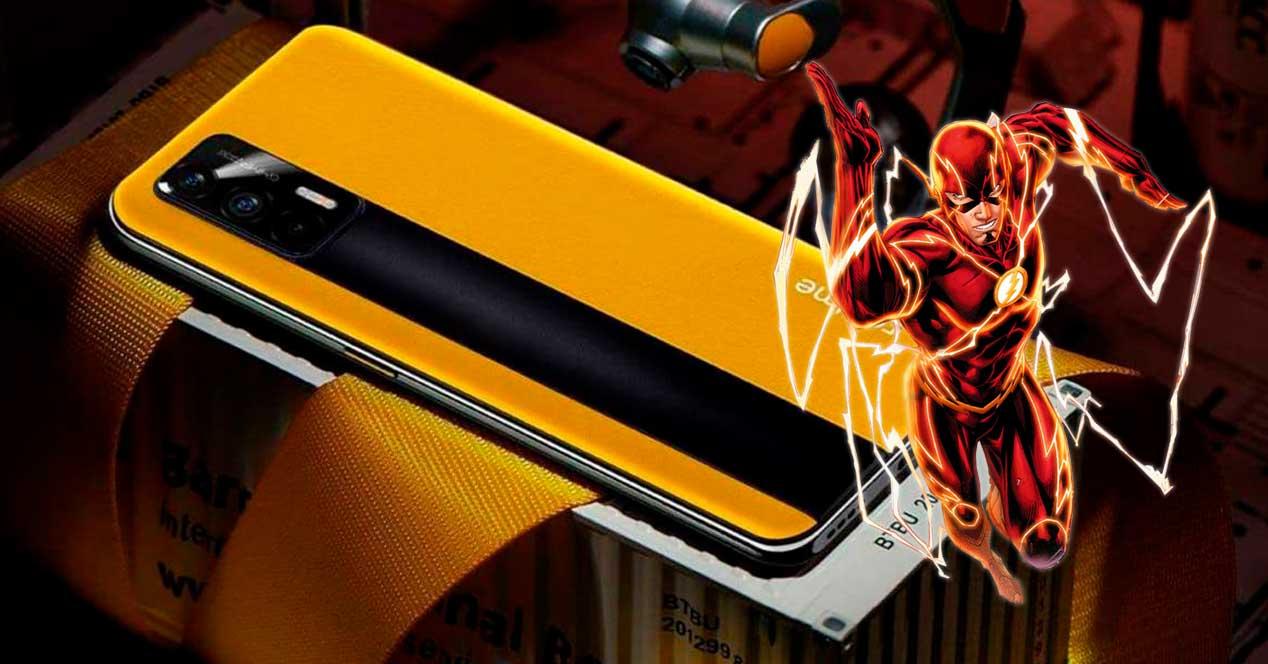 As for the GT Master Edition and GT Neo 2, they incorporate a Snapdragon 778G and 870 CPU respectively. All of them have excessive power that guarantees optimal performance. In addition, all of them have a connection to 5G networks to enjoy extreme speed.

In terms of autonomy, we find a really curious fact, since, despite being the Realme GT Master Edition the one with the smallest battery with its 4,300 mAh, it is the one that remains active the longest. This is because your processor’s power management is much more effective. The 65W fast charge is maintained in all three cases.

Its screen is practically identical in all of them, since this trio of terminals has AMOLED panels and a FullHD + resolution. It should be noted that the Realme GT Neo 2 uses a type of AMOLED E4 panel that shows a much more noticeable vividness in its colors.

On the other hand, they offer a refresh rate of 120 Hz to achieve considerable fluidity. The main difference in this regard is found in the tactile response rate , where the Realme GT Neo 2 far exceeds its peers with its 600 Hz . An amount almost never seen in the telephony sector and that allows an instant response by the screen to our touches.

If Realme is characterized by something, it is the unique appearance of its smartphones. These three cases have a special and quite attractive appearance, since we are not used to seeing this type of appearance. 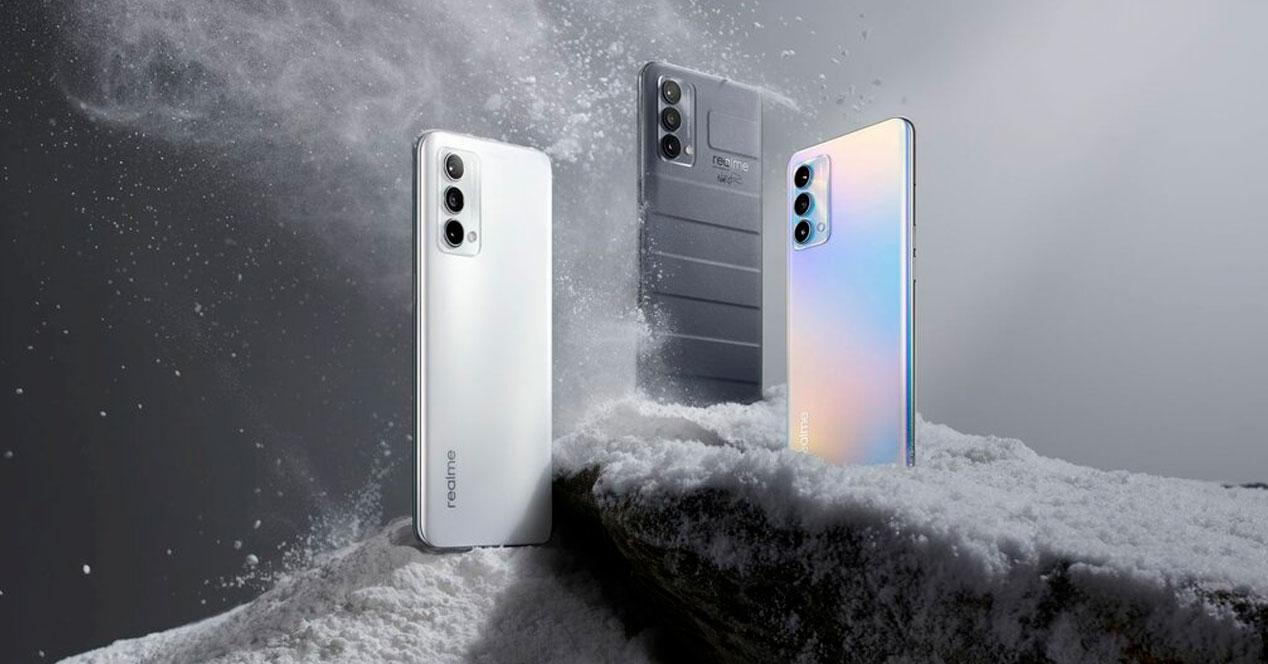 Everyone enjoys a beautiful aesthetic section, but this time it is the GT Master Edition that takes the prize thanks to the design made by Naoto Fukasawa, who was inspired by a travel suitcase for development. In addition, it is made with vegan leather with the intention of contributing to the environmental cause.

In the photographic facet an almost exact similarity is perceived. All three integrate a camera system made up of a 64 MP main lens, an 8 MP wide-angle sensor and a 2 MP macro camera. 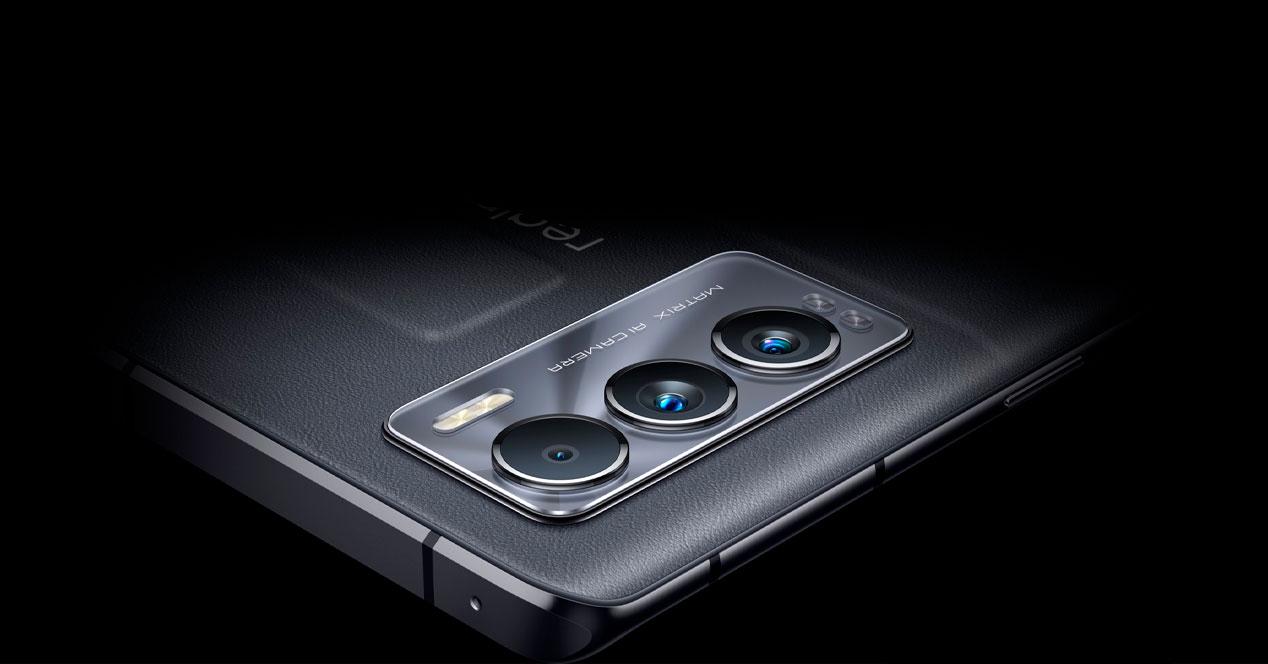 However, on the front we come across a 32 MP selfie camera in the case of the Realme GT Master Edition compared to the 16 MP of its serial brothers. The overall results are much the same, but the images taken with the front sensor are significantly better compared to the rest.

which one do we stay with

It is quite a difficult decision given that any of them is a great alternative. Even so, based on what we have seen throughout the publication and in relation to its prices, we have a clear winner.

It is necessary to indicate that the Realme GT is around 550 euros , while the GT Neo 2 model can currently be purchased for about 370 euros. Both are far from the cost of the Realme GT Master Edition , which can be yours for an amount close to 290 euros .

Under these conditions, we believe that the latter is the best bet . Not only is it the cheapest, but you also have at your disposal a mobile with enormous benefits without the need to pay a large sum of money. Surely it will not disappoint you and, in addition, you can boast of an exclusive design.