It seems unbelievable, but almost two years ago Flight Simulator 2020 was announced and despite the small problems it had at its launch, right now the game has positioned itself as a benchmark once again and as such, many players are becoming fond of the world of aviation. But to get a good simulation we must have a good joystick like the Thrustmaster T-16000 or the Logitech G X56 , so between these two, which is the best?

The choice of joystick for simulation is a world apart like that of gamepads for PC and console. It is difficult to choose and in the end the purchase decision will depend more on the needs of each one than on discerning which model is superior to the other, especially since prices are key here. But for you to be able to choose well, you have to know them thoroughly, so having said that, we are going to give the reference guidelines for both and thus be able to have a final conclusion of what they offer and what their strengths and weaknesses are. The company itself qualifies this joystick as advanced, a level above the average user and it is not without reason if we take into account what it offers. It is designed for gamers who are looking for complete and realistic control compared to the use of the common mouse and keyboard, where its main characteristic is that it is an ambidextrous model, something unusual in the sector, although it has a support for the thumb of the right hand, this can be changed to the left side without problem. 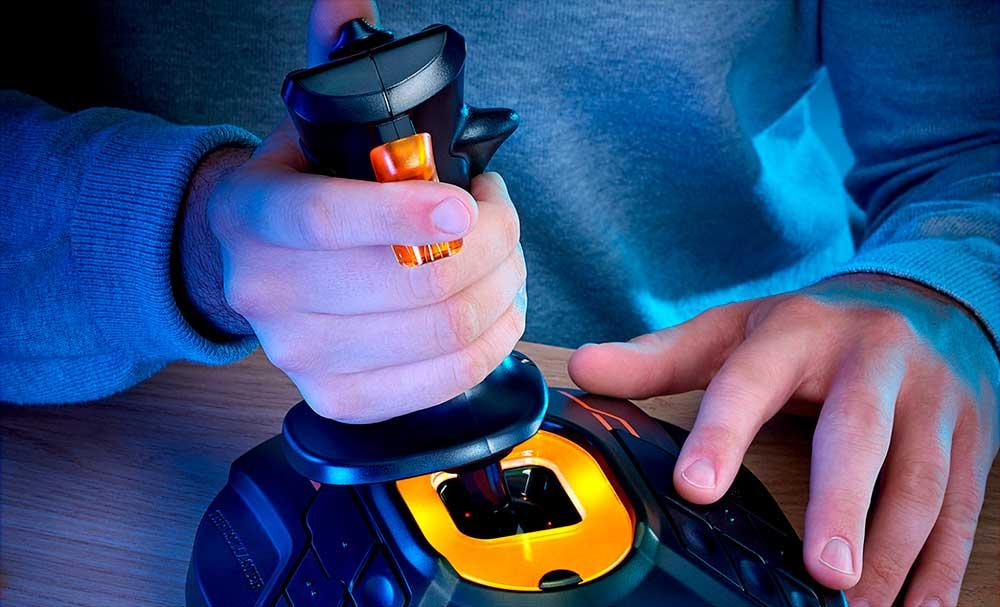 However, for this, it has four independent axes, among which is the rotary rudder, an ergonomic trigger that is suitable for right-handed and left-handed people, as well as buttons with a distinctive braille to be able to differentiate the whopping 16 buttons that it includes to its credit. .

The main and outstanding feature is its EE-patented HEART HallEfect AccuRate Technology system that is intended for the extremely high-end models. This guarantees surgical precision when we have to move in the air, be it to land, direct or engage enemies.

This joystick is more advanced than the Thrustmaster one, but perhaps for this reason it may not suit many users, because it is true and we know that on many occasions more is not better. The most remarkable thing is not the second lever that integrates this X56, but the six degrees of freedom it offers: back-forward-up and down, left-right and especially pitch, roll and yaw.

To achieve this, small steering levers have been implemented that are controlled by the thumbs, which at the same time are buttons if required, and to top it off, they form four other control axes. 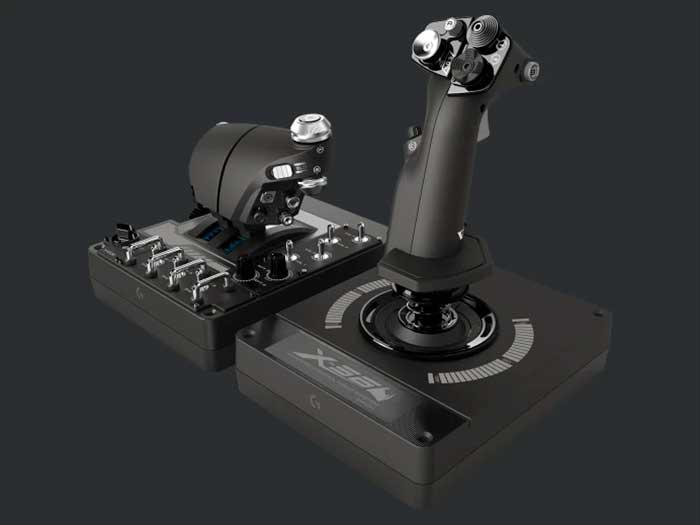 To finish with this Logitech X56 we have to say that it integrates a very large customization, starting with its adjustable spring tension system with four different levels to improve precision and touch to suit the user.

Following the two independent accelerators for ships with two engines, custom friction for each of them or directly a lock of both so that they work as one. In short, we have more than 189 programmable controls in different configurations.

Well, in this case, what seemed to be better is actually superior, that is, the Logitech X56 is a much better joystick than the Thrustmaster T.16000. The reality is that they are different leagues, but many users try to buy them because the number of buttons and options on the Thrustmaster are very extensive and from there even what Logitech offers might not seem like there is much of a difference.

The reality shows another, such as the price, but there is no point of comparison between them nor is it intended as such, as soon as we see the benefits of one and the other, they are two different segments of the market where Thrustmaster FCS T.16000 points to the mid-low range, while Logitech points to the premium with a more realistic experience and more options.