Among all the problems that we can suffer on our smartphones, we see some more serious than others. Today we are going to talk about one that can be one of the most annoying, it has to do with when problems occur to turn on the phone. For this, we have to see the problems in LG mobiles and how they can be solved.

The firm’s devices have a long history of problems with power on. Although the fact of not being able to turn off the LG mobile can be somewhat annoying, it is clear that not being able to turn it on is perhaps a bigger problem. However, when it comes to starting the device, the causes are usually related to the same reasons, so the solutions are the same in both cases. Try to revive the mobile

If we don’t know very well what to do, we are going to recommend a series of tips or tricks to turn on an LG mobile that doesn’t want to turn on. In this way, you will only have to try each of these methods until you find the one that gives the solution.

Hold the button down longer

It is the first solution and the one that usually gives the best result in most cases. The system may have crashed and is not responding , so we will not be able to turn it on or off as usual. To solve it we will have to hold down the power button firmly and without releasing it for approximately 10 seconds, until the mobile turns off. Plug it into power

In the following test, we will have to connect the mobile to a wall charger and wait between one and two minutes. If the LED is solid amber or red, it’s time to try to power on the device again. If the LED doesn’t come on after 1-2 minutes, we’ll need to move the wall charger to a different outlet to make sure the problem isn’t with the usual outlet.

It is also recommended that you try other power outlets in your house, since the fault may be that particular plug. You can even try to connect the LG mobile to the computer .

It is possible that, if we are using a different charger than usual, the charge is not taking place correctly. If our mobile is without a battery, and the charger does not provide enough voltage, it will be impossible to turn it on. We must try to charge it with the adapter and cables that LG provided us with the phone box. If we still can’t get our terminal to turn on, the brand itself recommends using the following method: connect the phone to the power supply and hold down the power button and the two volume buttons at the same time. We must keep them pressed for one or two minutes to get the LG mobile to turn on .

take out the battery

There are fewer and fewer, but there are many LG smartphones circulating with a removable battery and even some more recent models have been launched with this type, such as the LG K8 (2018). In this case we can have a little more “game” to try to turn the mobile off or on .

Remove it if it is removed

In this case, the shutdown is insured. By removing it, the board of our terminal will not receive current and will turn off instantly . Just put it back and turn on the device. If it still does not turn on, the error may be that the mobile battery is not working.

It has turned off and won’t turn on

If we have managed to turn it off, but the LG mobile does not turn on , the problem can be divided into two possible causes: If in your case you do not have a mobile in which the battery can be removed, we can opt for this solution when our device does support charging, but we cannot turn on the LG.

This process is known as ‘ simulated battery pull ‘, and it can save our phone in many cases. However, you must bear in mind that all the data that you have been storing on the device will be completely deleted.

To do it on an LG mobile you will have to press and hold the power button and volume down for a few seconds. The phone will take a screenshot and after about seven seconds a countdown will appear. If we release the buttons at any point, the reset will be cancelled.

In this case we can also find possible culprits. The first has to do with the battery and can affect specific models with the LG K10. The solution is to remove the mobile phone case and remove the battery or we do the simulated extraction. Then we hold down the power button for 20 seconds to discharge any remaining static electricity.

If it can be removed, we put it back and plug the phone into the power to fully charge it. Finally, we will try to turn it on again.

After trying each and every one of the solutions, there is little left for us to do to try to solve the problems with the battery of an LG mobile . In this case, we will have to format the terminal, in case it was a software failure. However, keep in mind that the problem is also on the screen, or worse, on the terminal board.

Not being able to turn on the phone in the usual way, you must use a combination of keys that can become the key to reset a mobile that does not turn on. Of course, you should know that all the data on the smartphone will be erased, since it will leave it as if it had just been removed from the factory.

To achieve this, we have to hold down the volume down key and the power key at the same time. We wait until the LG logo appears, immediately after, we release the power key without releasing the volume key. 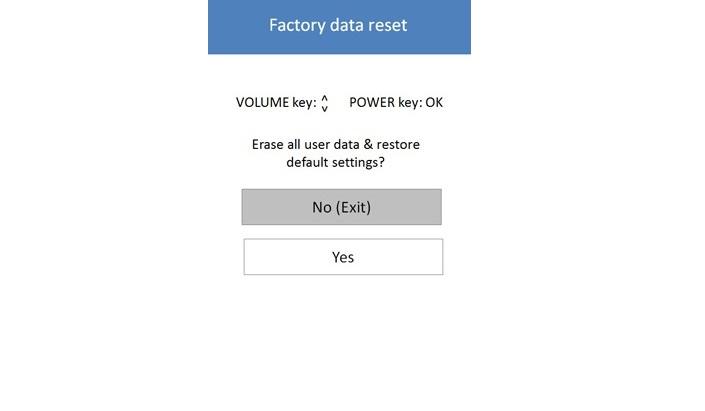 Then use the volume down key to scroll down and select ‘ Wipe data/factory reset ‘. To choose this option you must press the power key, then confirm by clicking on ‘Yes’.

Another of the big problems that can lead us astray in this case is the fact that the LG screen does not turn on . Therefore, if the terminal emits any type of sound, it means that it is the panel. It could also be a software glitch, so we’ll tell you how to reset the phone even though you can’t see the dashboard. 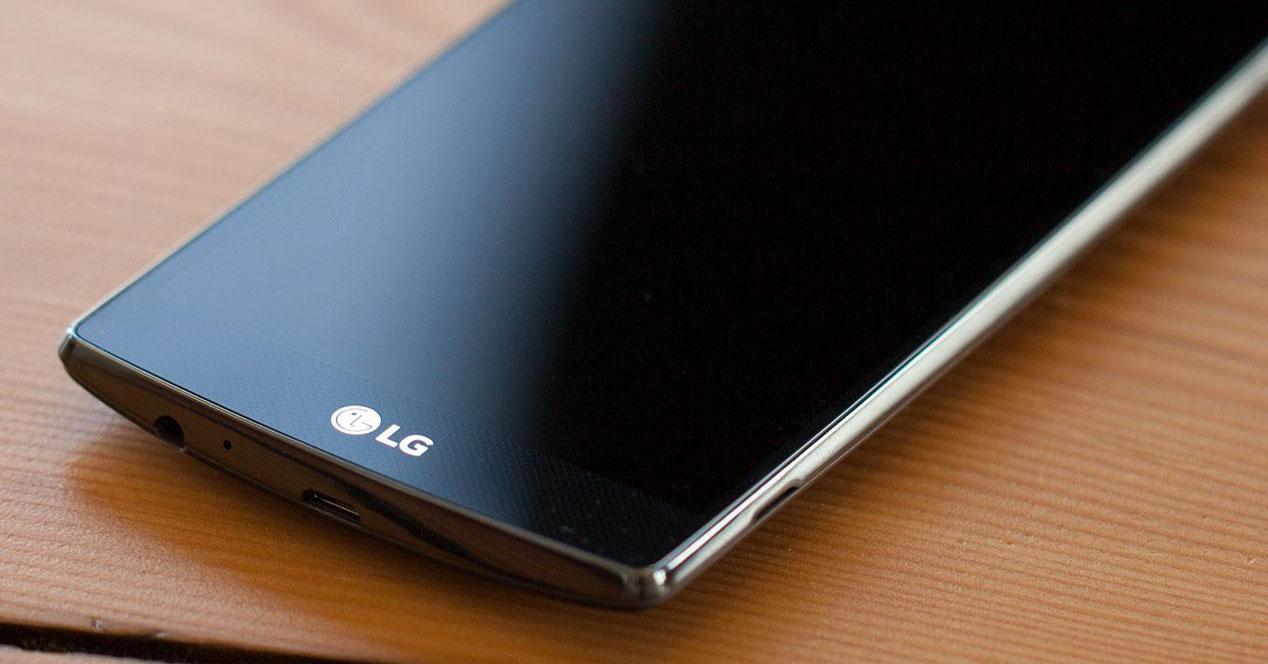 Then, follow the steps in the previous section and stop pressing the buttons when you hear the smartphone turn on. Next, press the volume down key three times and confirm the action with the power button. In addition, an option of ‘ No ‘ and ‘ Yes ‘ will appear in the terminal, but since we do not see it, you will have to press the volume down key once and, again, the power key.

If we can’t get the mobile to turn on in any way, it may be due to a problem with its motherboard . Some old models like LG G4 had this problem all over the world. So it should not be ruled out that the failure is hardware and not software. If so, the warranty will be more dead than the plate, and the change can almost certainly not be worth it.