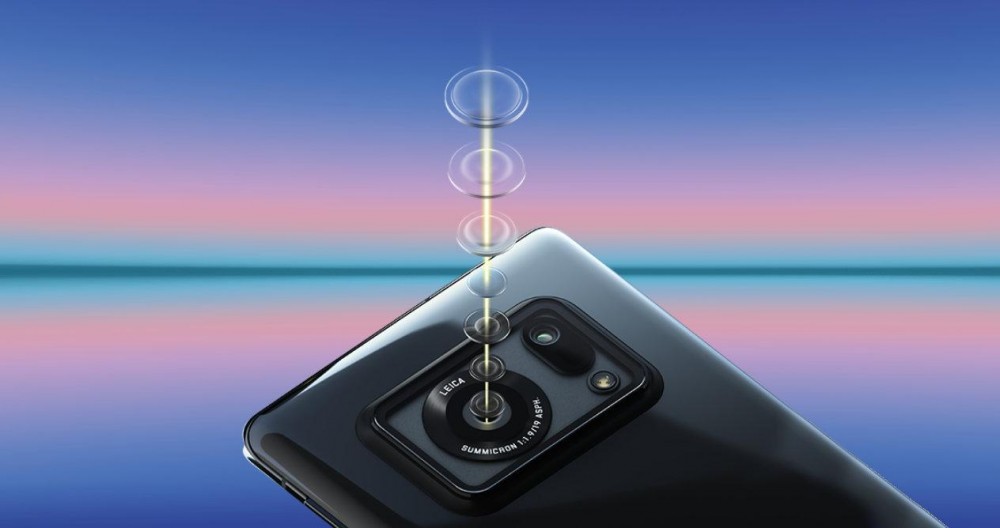 Starting to assume having huge camera modules on the back of a smartphone as something normal and completely necessary if you want more options and photographic quality will allow things like these: Sharp bets on a smartphone with a one-inch -size sensor camera .

The Sharp brand is likely to be familiar to many only from some televisions or other consumer electronics products such as radios, but only in passing. And it would be completely normal because, despite being a company founded in 1912, its operations are mainly carried out in Japan.

There, in the land of the rising sun, is where Sharp launches its main products and proposals. What’s more, most will not know it, but Sharp was the brand that had one of the first all-screen mobiles on the market when the rest of the manufacturers were still launching high ranges with very generous brands, physical buttons, etc.

Well, last year they already surprised with a smartphone with a screen with a refresh rate of 240 Hz and now it is back in a big way, but this time with a rear camera that uses a 1-inch sensor. That is, a photographic sensor considerably larger in size than those used by the manufacturers most committed to mobile photography and that without being the first to do so (Panasonico already introduced one in its late Panasonic Lumix CM1) will be the dream of any user. committed to getting the most out of mobile photography and to all those who asked for something like that instead of so many sensors.

The new Aquos R6 is the Sharp phone that is getting the most attention right now for that large sensor that it incorporates in its main camera module created together with Leica. A 1-inch sensor that together with a lens with F1.9 aperture and a ToF sensor (Time of Flight to measure depth of field) would place it as a unique proposal and a priori capable of offering results in unique low-light situations.

To give you an idea, the Sony ZV-1 has a sensor of the same size and we could already see in our analysis the capabilities for both photo and video offered by this small compact from another of the most important Japanese manufacturers in all types of conditions. especially in less light.

And not only a great low-light performance would it be able to offer, but also a great quality in general because the sensor would have a resolution of 20 MP. A number of pixels with which, without going overboard so that the size of each captor is interesting for low light situations, it could be played to be able to play with the clipping on the sensor itself and offer some zoom option despite not having two lenses.

An exclusive smartphone for the Japanese market

The bad news about this Sharp bet? Well, practically the same as with the rest of the terminals launched in recent years: it would only be for the Japanese market . So if you wanted to get one you would have to find a way to buy it and send it to your country of residence. Or take a “jump” to Japan and take the opportunity to buy it there.

Anyway, the interesting thing about seeing Sharp dare to do something like that is that others might follow in his footsteps. Who knows if Xiaomi, Oppo or some other Chinese manufacturer risks introducing a sensor of such resolution and especially size in one of their flagship phones.

For now we remain pending to see what real quality this device can offer. Something that surely will not happen in a long time since it goes on sale on June 18 , again, only in Japanese lands. Still, just as