The use of solar panels in our country to take advantage of the energy provided by the sun has become quite widespread in recent years. Many have chosen to install them in their homes to achieve self-consumption that generates less impact on the environment. In addition to solar energy, there are many other renewable energies so that our daily consumption is more sustainable and does not harm our planet. Renewable energies are those that are obtained through natural sources. They are characterized by being inexhaustible or having the capacity for renewal. They are energies that have a low impact on the environment and are key to achieving the Sustainable Development Goals (SDGs).

Since industrialization began in the middle of the 18th century, the concentration of carbon dioxide (CO2) in the atmosphere has increased by 45% and with it, the temperature of the earth’s surface has also increased, threatening ecosystems, biodiversity and damaging quality. of the air we breathe.

In 2020, more than 200 countries pledged to reduce their polluting emissions and according to the International Energy Agency (IEA) the global demand for electricity will increase by 70% until 2040, a figure that leaves us with our mouths open and that cries out for the use of renewable energies increases.

Solar energy is the energy that is obtained from the sun. Mainly in two ways: through sunlight with solar photovoltaic technology and through heat generated by the sun with solar thermal technology. The countries with the highest number of hours of sunshine choose to generate mainly solar energy, but there are other renewable energy sources that are alternatives to solar energy.

Biomass is the energy obtained from organic matter of both animal and plant origin. It can be obtained naturally or through artificial transformations in biomass plants. Biomass is linked to gas and electricity. 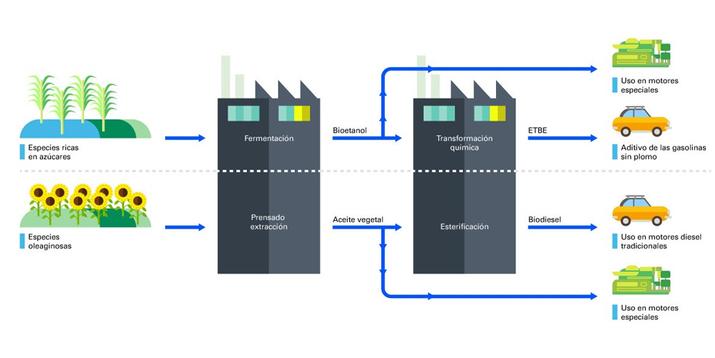 Biogas is a gas composed of methane (CH4) and carbon dioxide (CO2). The proportions of said compound vary according to the composition of the organic matter that has been used for its elaboration. Biogas is the only type of renewable energy that can be used as fuel and it also has electrical and thermal applications. Its use has increased in recent years in the rural sector, as farmers use the waste generated by animals for its production.

The wind generates kinetic energy which is obtained through the movement of the giant blades of a wind turbine. Today there are many wind farms capable of generating electricity. The construction of these parks is often carried out in areas close to the sea, since the wind is more stable. It is also common for these giant windmills capable of generating electrical energy to be located high in the mountains.

Geothermal energy stores heat contained within the earth and takes advantage of temperatures above 100 degrees to obtain hot water through geothermal heat pumps. Iceland is a world benchmark in the use of geothermal power plants due to the nature of its surface. 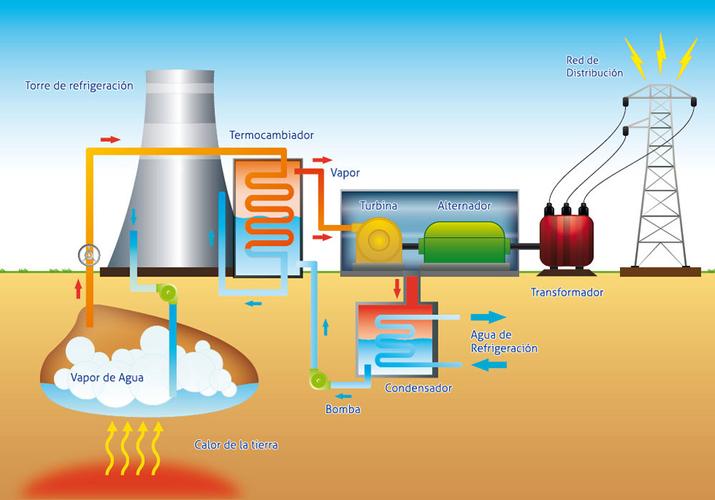 The force caused by the tides also in an energy source. Tidal energy takes advantage of the movement of the tides and the kinetic energy contained in ocean currents to supply energy to certain populations. There are several types of technology that take advantage of the energy produced by the sea: osmotic, tidal wave or wave.