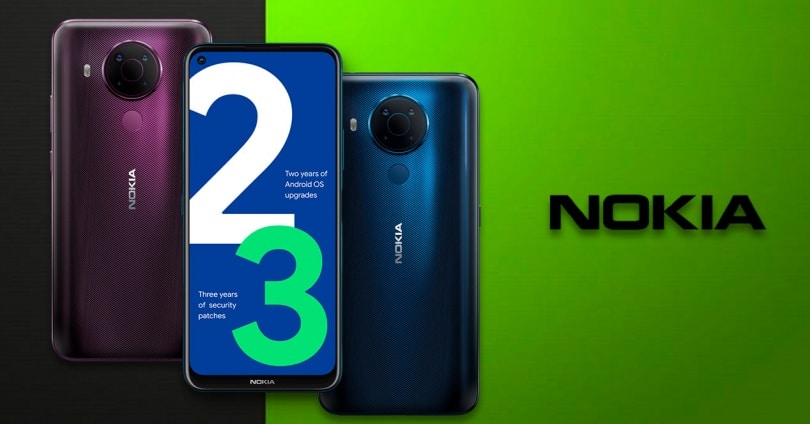 When users approach their trusted store to buy a new mobile, many forget that it is not all about camera, battery or performance. What is the use of having a mobile with the most spectacular battery if, after a year, it is going to be abandoned by the manufacturer?

Aware of this, from Nokia they have been able to accompany their mobiles with an extended support that takes the life of each terminal over 3 years. The smartphones of the brand not only have a quality design, cameras signed by ZEISS and other components so valued by users such as long-life batteries or bomb-proof performance. Nokia mobiles are the fastest and most updated today . Phones from the experienced manufacturer offer the fastest and most regular security and software updates of all major Android smartphone brands.

This is possible because the brand offers its customers a total of 3 years of monthly security updates and 2 series of full operating system updates with integrated security development. Thanks to regular updates, Nokia phones provide an enhanced experience that retains its value over time and ensures that you get up to two “big” operating system updates, even if each new version of Android runs out of more internal memory.

If today you buy a mobile of the brand running Android 11, you make sure that you will be able to enjoy all the news of Android 13.

In the Top 10 of brands that update their devices before Just as DxOMark or Display Mate are in charge of analyzing the cameras and screens of our mobile phones, there is a medium like AOS Mark that rates Android phone manufacturers based on the number of operating system updates they send to their phones. Higher scores are better as they mean longer support for manufacturer’s devices.

In this we see Nokia included in the Top 10 , surpassing other manufacturers such as Xiaomi, OPPO, Huawei or Motorola and positioning itself as one of the brands that cares the most about bringing the latest developments in the Google operating system to its customers. Until Android 12 is officially distributed among compatible mobiles, all eyes are on the devices that will receive Android 11 , as well as the approximate time of the update. The manufacturer announced late last year that up to 15 of its phones would receive the new mobile operating system. these are:

Models such as the Nokia 8.3 5G, Nokia 2.2, Nokia 5.3 and Nokia 8.1 have already been able to test Android 11 while the rest of the devices are receiving the software at the moment.

In the last 3 years, Nokia phones have received more than 1000 updates , making them the purest, safest and most up-to-date range of phones. In fact the most recent mobiles, such as the Nokia 3.4 and 2.4, are already prepared to receive Android 12.